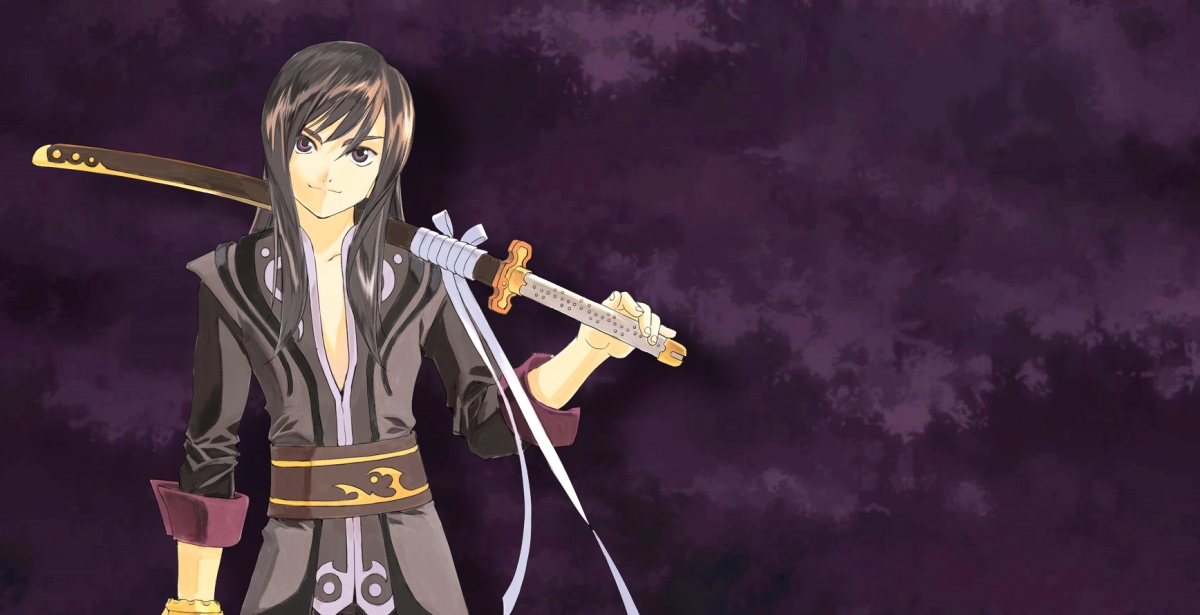 To celebrate the decennial of Tales of Vesperia, Bandai Namco is treating us to Tales of Vesperia: Definitive Edition. This edition comes with upgraded graphics, new music tracks, new characters, and all DLC, in one package. The original Tale of Vesperia released in 2008 in North America exclusively for the Xbox 360. With loads of Xbox 360 and Japanese exclusive content now available for the first time in the West, the Definitive Edition really is a stellar package for newcomers and Vesperia Veterans™. 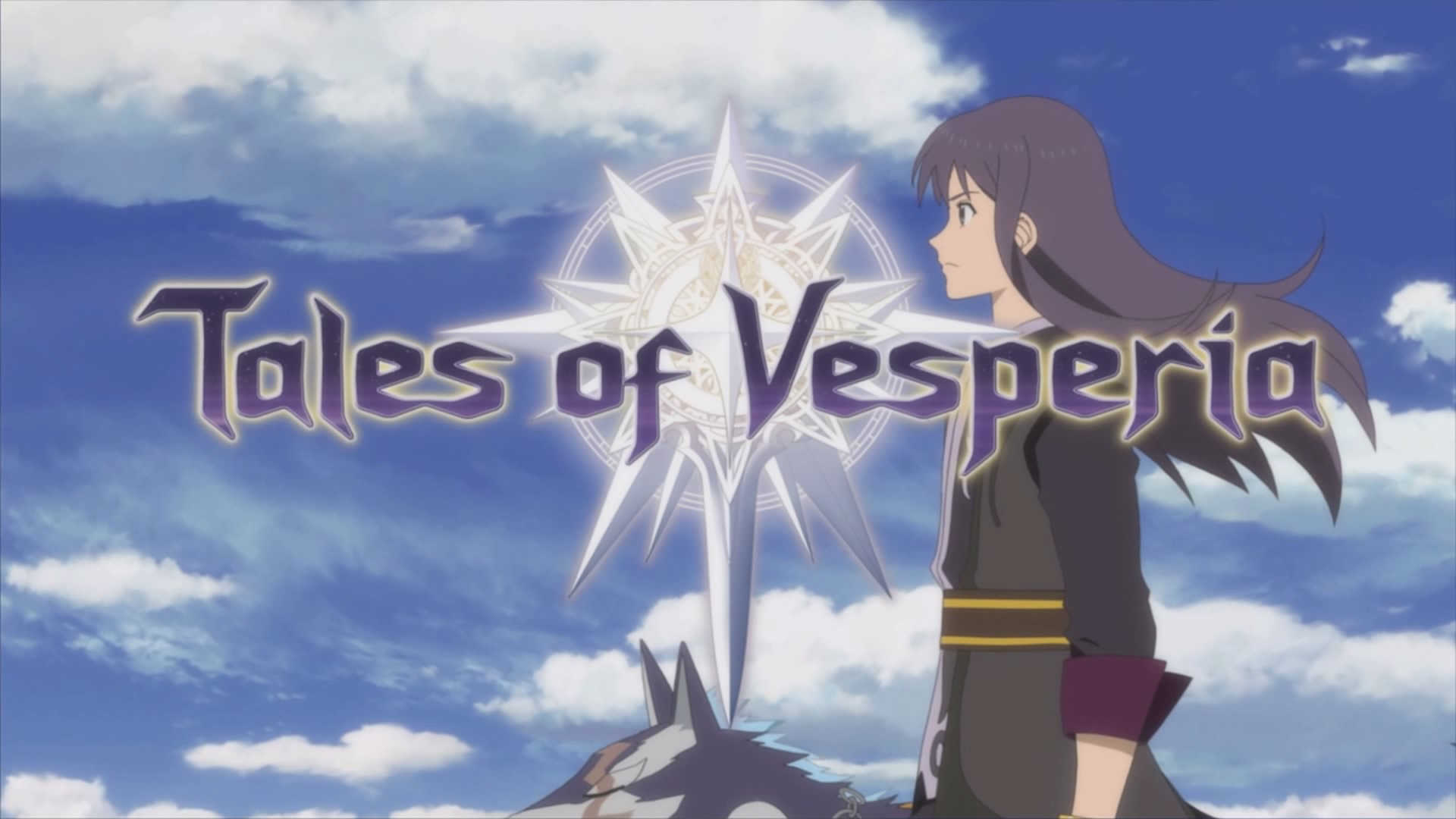 Seeing as the original came out a decade ago, I will briefly touch on the original parts of the game and focus more on the new content and features of the Definitive Edition.

Tales of Vesperia: Definitive Edition places you in the shoes of Yuri Lowell. This ex-knight sets out to retrieve an artifact needed to restore the water crisis in his quarter of the capital city. The simple start of the story quickly escalates into a much grander, and more dangerous, adventure. Soon Yuri's quest turns from simply retrieving an artifact to saving his world, doomed to be destroyed. With each party member joining Yuri's posse, the scope of the story grows; this is only one of the aspects that made the original so special. The 50 odd hours of Tales of Vesperia is a memorable journey, even ten years later, it still holds up remarkably well. 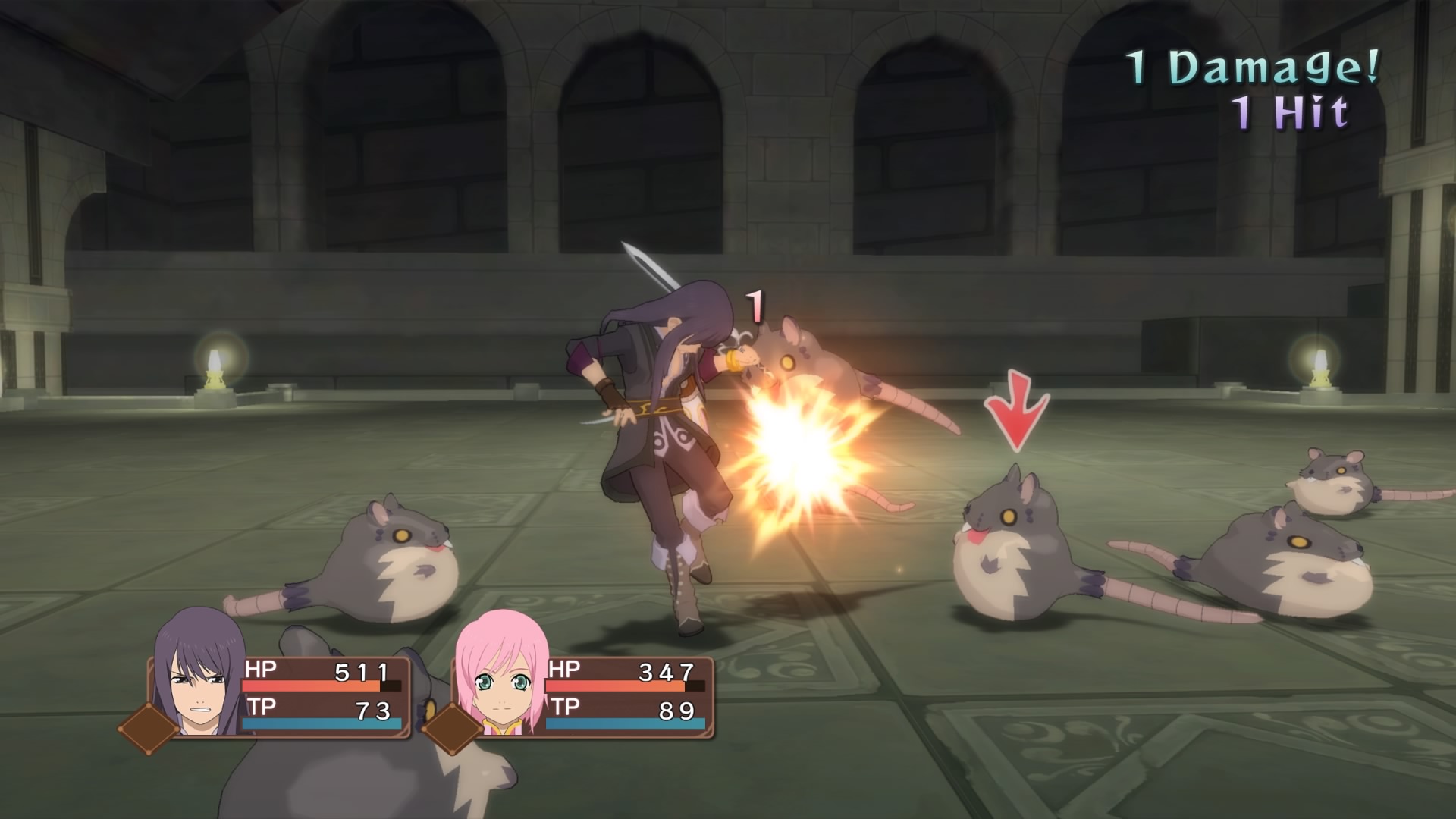 The great combat system of the original is still present and feels just as great as it did 10 years ago. Choosing between the three modes provided for combat encounters really boils down to personal preference. Manual Mode gives you full control over your characters and gives you Grade for using it. Semi-Auto Mode is relatively close to Manual Mode, but automates your movements, leaving you to concentrate on attacking.

The great combat system of the original is still present and feels just as great as it did 10 years ago.

Auto Mode automates your entire party, including your character, leaving you with little else to do during combat encounters but watch. Creating your own weapons from gathered material is still a hoot while assigning Tactics can still be intimidating to newcomers. The 60 FPS combat makes a beautiful spectacle on the PlayStation 4, thanks also to the smooth animation and interesting character designs. 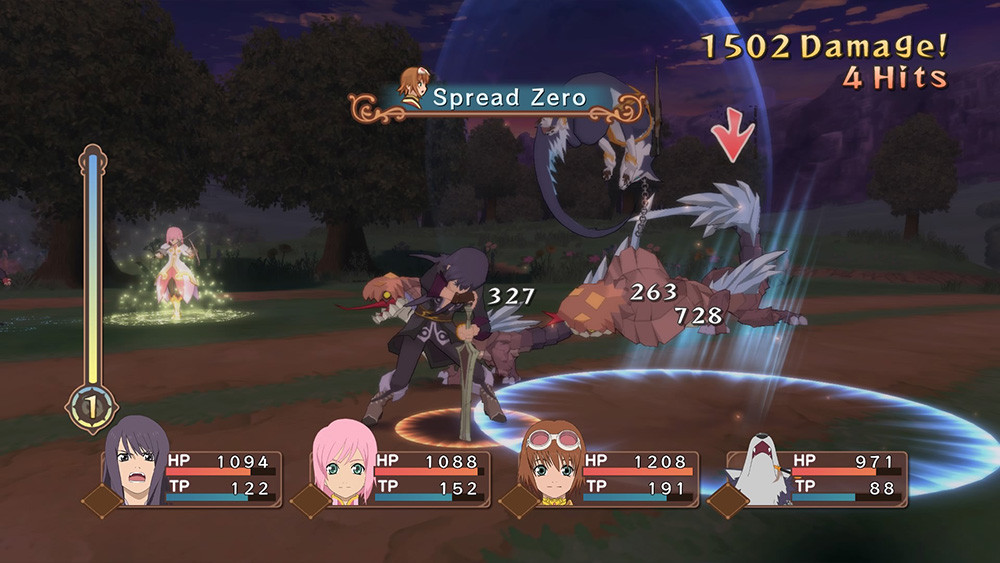 In the Definitive Edition, players can look forward to new boss encounters, all new dungeons to explore and a host of smaller DLCs. On the subject of extras, the two stand out additions to this is the inclusion of two new playable characters - well, one brand new and one fan favorite, to be exact. Flynn Scifo, Yuri's best friend and knight forms one-half of the two new characters, complete with unique rates, attacks, and combos. The pirate Patty makes up the other half. Created specifically for the Definitive Edition, Patty fits in well and makes a great addition to the party. 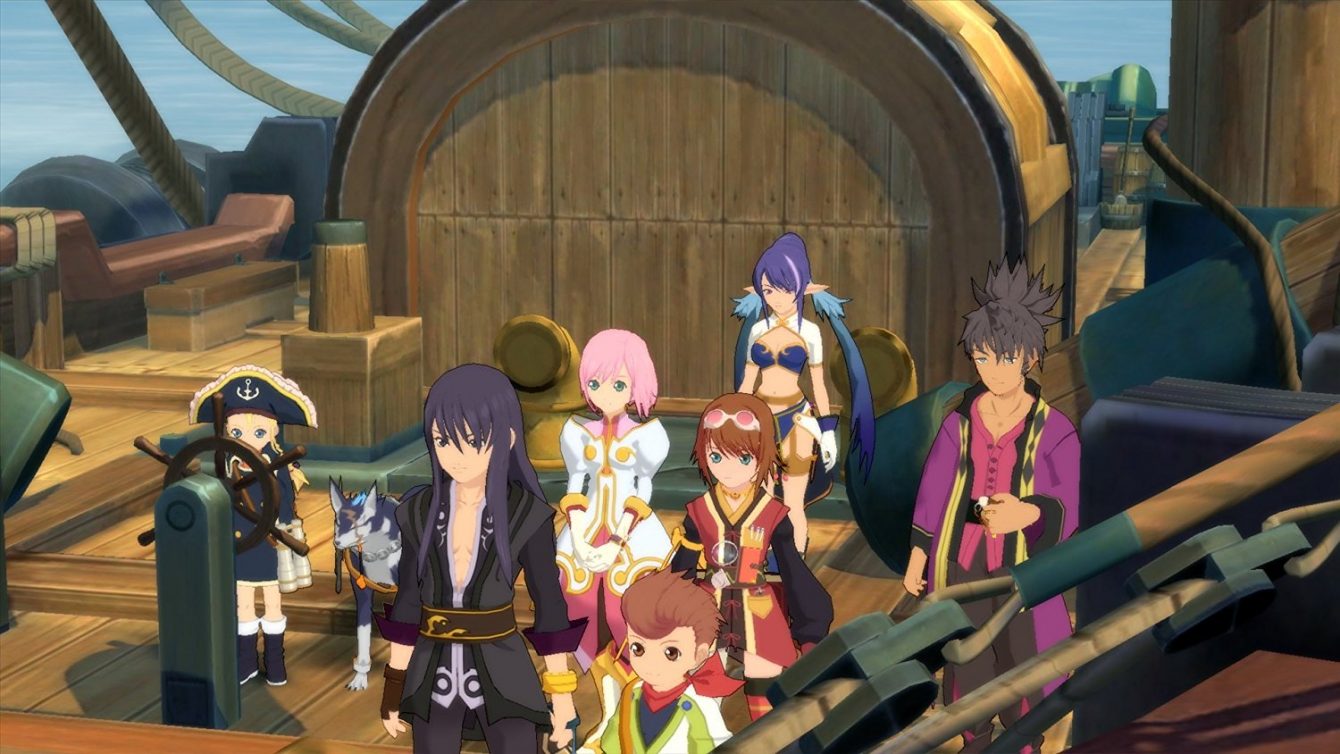 As with all remastered games, upscaled graphics and smoother frames per second have become a necessity. Running at a mostly smooth 60 FPS on 1080p on the PlayStation 4, the fresh coat of paint compliments the classic art style beautifully. Being a 10-year-old game, some textures do look dated, and a lot of models reminded me of cheap painted plastic. I really wish the developer devoted just a tad more time on upgrading the textures, instead of just stretching it to "high definition".

...even with the PlayStation 4's power, the frames took a hit on occasion in the over-world.

If you are planning on playing the game on the Nintendo Switch, be aware that the performance is slightly different on it. In TV mode, the game runs at 1080p 30 FPS during exploration, but switches to 60 FPS during combat. In handheld mode, the frames per second stay the same but the resolution is down scaled to 720p (I didn't personally test this, but reports from Switch users confirm this). The PlayStation 4 and PC version is undoubtedly the best consoles to experience the game on, but even with the PlayStation 4's power, the frames took a hit on occasion in the over-world.

Vesperia Veterans™ will remember the pain of reading through a game that took roughly 50 hours to complete. Not that the writing was bad, but at times it could feel like reading a short book before jumping back into the action again. In the Definitive Edition, a large chunk of the game has received voice acting. As an added bonus to this, most of the original cast members came back for the project, except for Troy Baker, who voiced Yuri Lowell in the original game. This makes for a sometimes jarring experience. Listening to Troy Baker in one scene, then hearing Grant George in the following is something you don't easily get used to. As this is an issue that affects the main character, it's a flaw that cannot be overlooked.

Tales of Vesperia: Definitive Edition is a great package. It celebrates the memorable origins with a fresh coat of paint, added characters, unreleased DLC and extra story content. Newcomers will be treated to one of the best Tales games in the long-running series, while Vesperia Veterans will finally be able to enjoy a spruced up version of Tales of Vesperia on modern consoles. The switch between voice actors, muddied textures and occasionally performance hitches hinder the experience somewhat, but the overall package provides enough content to push those minor annoyances aside and lets you enjoy a memorable JRPG of yesteryear.
8

SupaPhly
one way you can fix the voice actor issues is by changing the voice language to japanese, works everytime

TempestXtreme
Yeah, the voice actor change for Yuri was just... why. Just why. I love this game so, so very much! I just finished it, actually. Now I'm doing post-game stuff.

IkariX
Vesperia is by far my favourite. Followed by Symphonia and Abyss(The Trinity as we call it). Anything released after Vesperia was mediocre at best. And now we finally got the Japan only PS3 version of Vesperia which is awesome. I just wish they bundled a Blu-Ray or DVD of Tales Of Vesperia - First Strike with the game. It was an amazing prequel movie. Let's hope the next Tales game takes a hint and goes back to the Vesperia, Abyss and Symphonia formula. 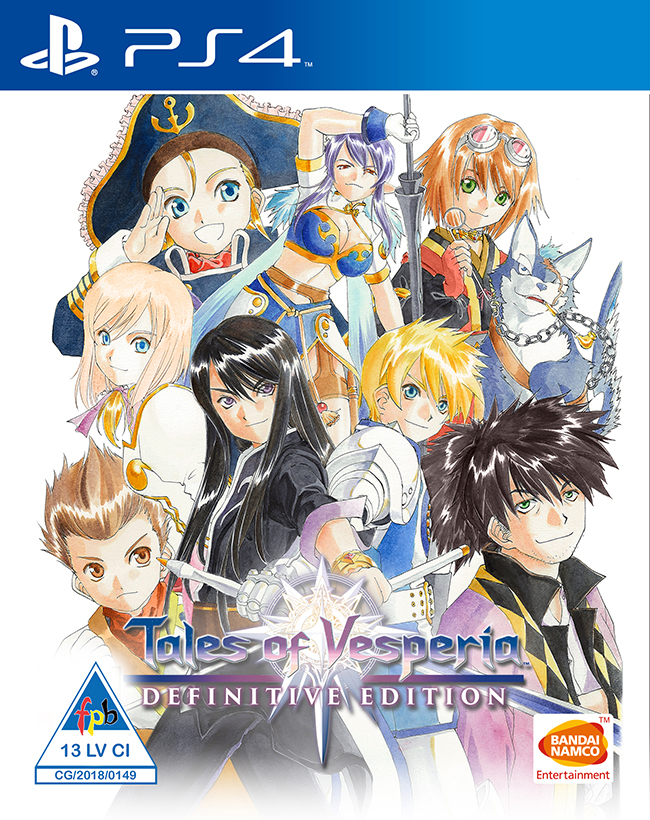