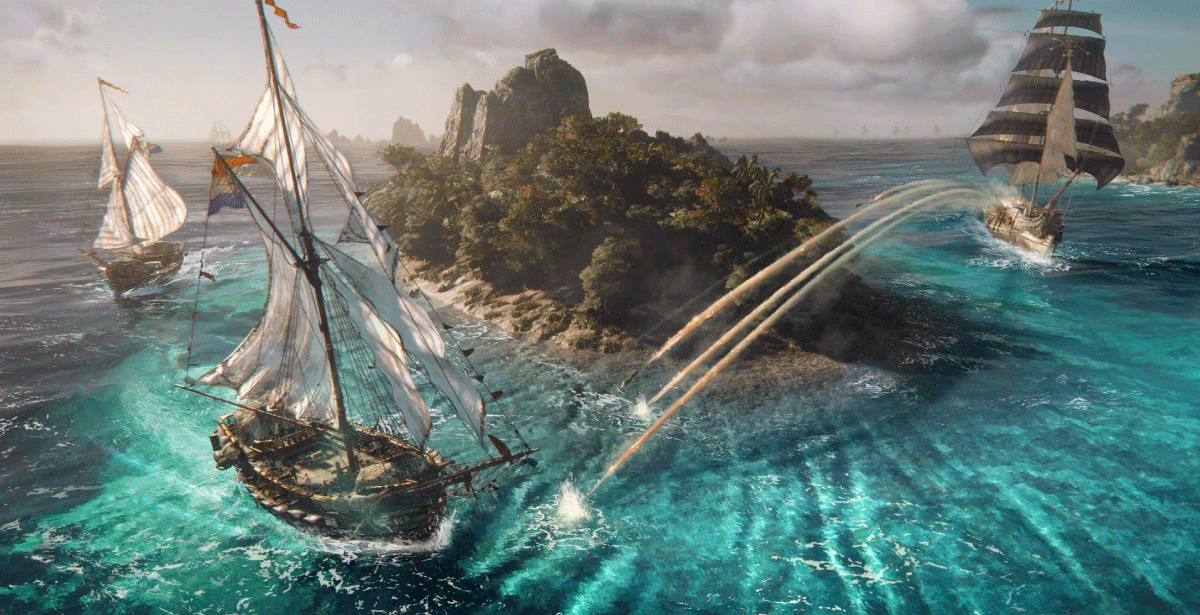 Ubisoft is reportedly gearing up to re-reveal its Skull and Bones games in the coming weeks. The game was originally announced way back in 2017 and had reportedly undergone multiple reboots during its rough development process. However, over the past few weeks, we have seen more and more of the game to the point where an entire embargoed press tutorial leaked online (now removed) showing off the game’s world, mechanics and more.

The latest Skull and Bones leak comes from the ESRB who has recently rated the upcoming naval game while also sharing the game’s official description and confirming it has been cancelled for PS4 and Xbox One.

While Ubisoft has yet to share any official word on Skull and Bones, like the exact release date and description, this ESRB leak definitely helps tide fans over until the studio reveals more information. The official description reads.

This is a naval-combat action game in which players assume the role of a shipwrecked outcast on a journey to become a pirate captain. As players take on missions, they can explore settlements and engage in dramatic sea battles. From a first-person perspective, players command their crew to shoot cannons at rivals (e.g., warships, merchant ships, settlements/forts) in attempts to obtain loot/goods. Enemy ships can be rammed and boarded, resulting in brief cutscenes of crew members shooting or slashing at each other. Combat is highlighted by gunfire/cannon fire, explosions, and blood-splatter effects.

Some territories depict corpses impaled on spikes or hanging from nooses; beaches may depict corpses and large bloodstains in the aftermath of battle. Settlements occasionally contain brothels and prostitutes that call out to players when approached (e.g., “Come spend your coin all over me”; “The price of my a*se goes up tomorrow, so buy a piece today!”). Players can also engage in quests to bring poppies to opium dens, which are depicted with patrons lying on couches smoking pipes. The words “f**k” and “sh*te” appear in the dialogue.

The ESRB has also listed the game only for PS5, Xbox Series X/S, PC and Google Stadia. While Ubisoft hasn’t officially cancelled the last-gen versions of the game, this rating information might have just confirmed it.