A must for Borderlands fans. 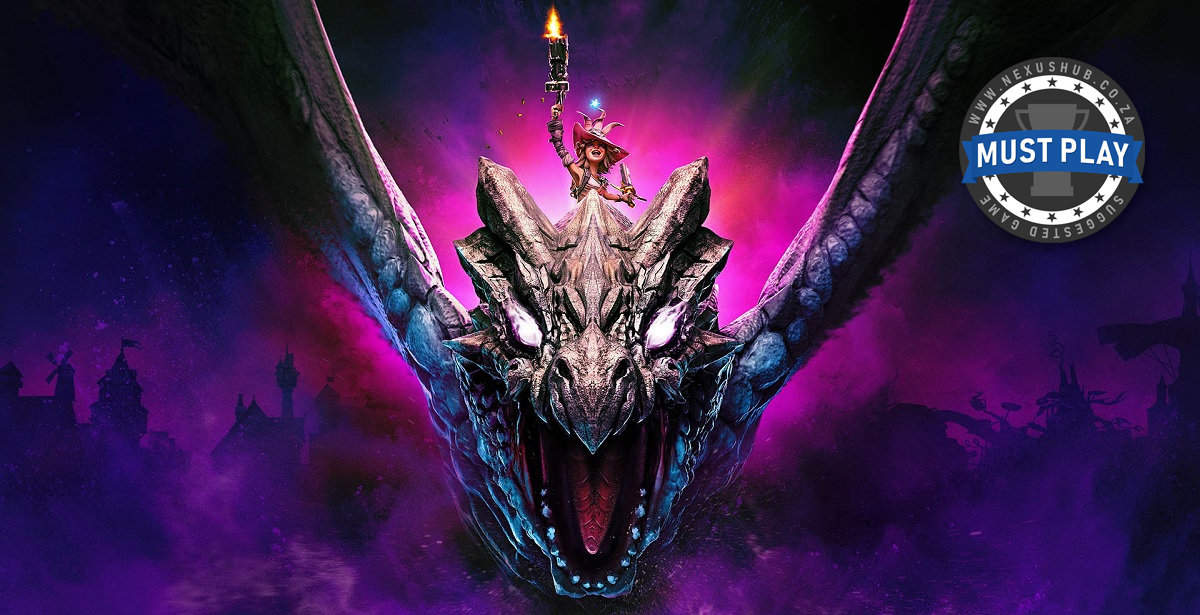 There is no denying that Tiny Tina is one of the biggest fan-favourite characters from the Borderlands game series. I mean what’s not to love? She’s a feisty little go-getter who doesn’t let anything get her down. She may be small, but this little girl is larger than life and Tiny Tina’s Wonderlands proves just how absolutely ridiculous, chaotic and downright magical her imagination as our favourite little explosive pyromaniac can be, right down to her Fantasy-4… (for those who aren’t maniacal little explosive experts, that’s her equivalent for a magical explosive - Fanta-C-4). 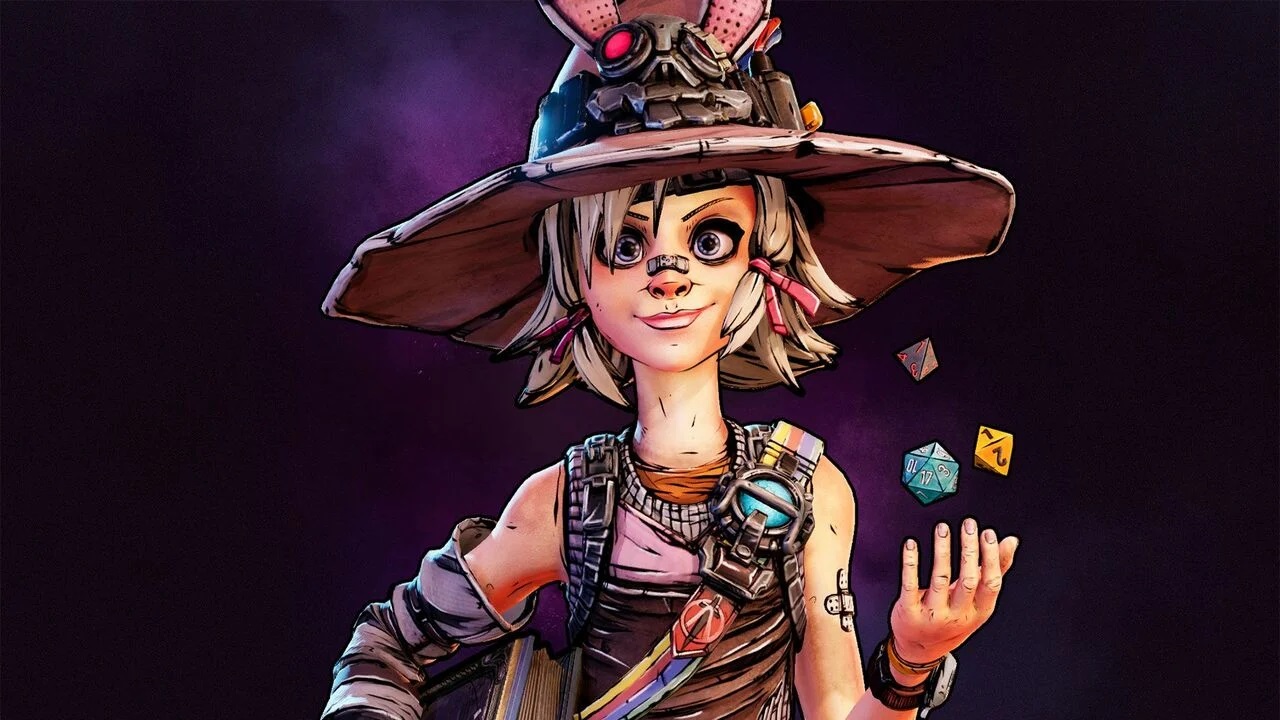 I honestly have no idea how anyone can categorise this game - Is it a first-person shooter? Is it a fantasy role-playing game? Is it an adventure game? Is it an action game? I guess the short answer to all of that is... Yes. To all of the above. There are so many elements to the game that draw you in, it is easy to become so focused in one area that you actually forget that you are also playing other aspects as well. In Tiny Tina’s Wonderlands, you play a character… who is playing a character. It’s a wonderful concept and the idea works so brilliantly in this game.

In Tiny Tina’s Wonderlands, you play a character… who is playing a character.

When you first begin Tiny Tina’s Wonderlands, you start off as a “newbie” playing a role-playing board game called Bunkers and Badasses - sort of like a Borderlands type spin on Dungeons and Dragons - with Tiny Tina acting as Bunker Master. 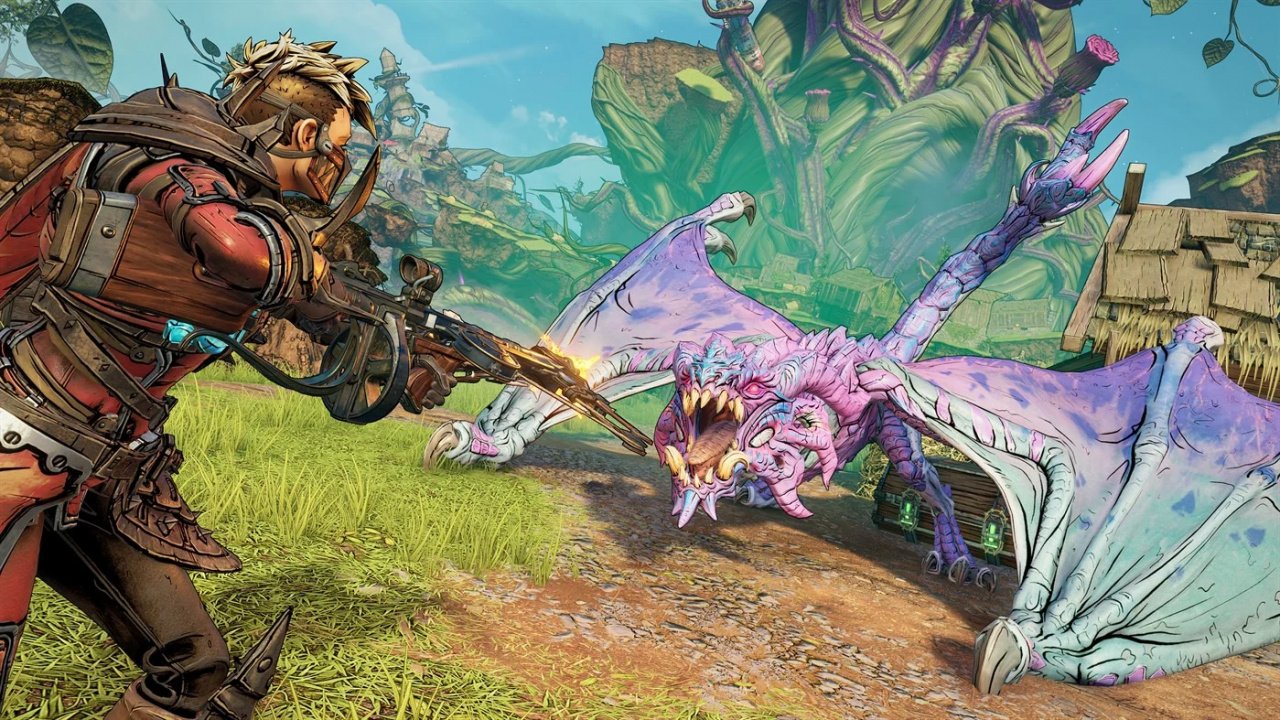 You are transported into a world where you are fighting to restore magic and harmony to the Wonderlands. Through Tiny Tina’s insane narration of the story, you face some of the most ridiculous situations and characters. From poetry-spewing pink polka-dotted goblins to Smurfs (I’m sorry - “Murphs”), it’s a wild ride and true to Borderlands’ style, you are laughing continuously at the tongue-in-cheek jokes and Easter eggs throughout.

Tiny Tina’s Wonderlands changes the way you navigate from area to area by including a section called the Overworld, a top-down board game view of the entire area where you move your big-headed character around what is basically a big obstacle course created by Tiny Tina herself using things like bottlecaps and cheesepuffs. This area itself is full of side quests and missions that take you to new areas and random encounters (an arena-based area that is just shoot and survive as hordes spawn to attack you). 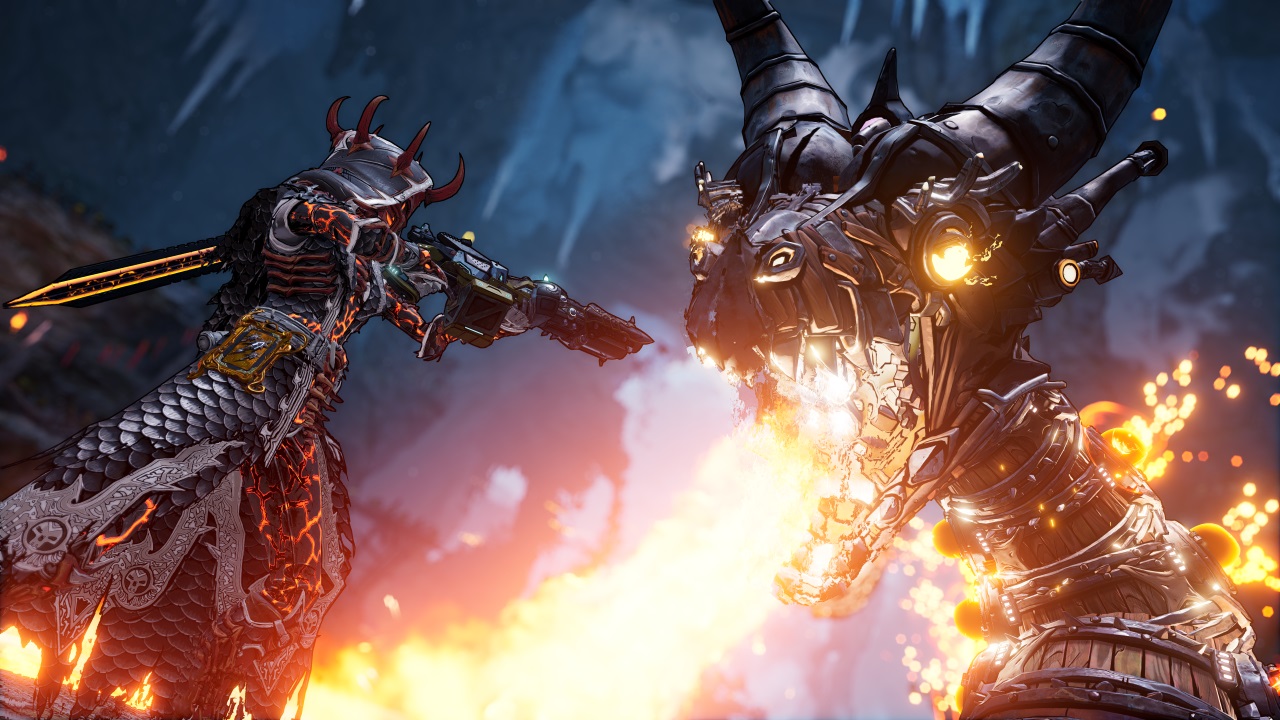 Of course, there are appearances from the Borderlands series. Besides Tiny Tina herself, our main story is centred around Queen Butt Stallion, but there are more including Claptrap, Torgue and references to others such as the little stab from our main villain of the story, Dragon Lord, about Handsome Jack. Besides the characters we already know, some new ones are added including your fellow role-players voiced by Andy Samberg and Wanda Sykes. My personal favourite is our villain Dragon Lord who is voiced perfectly by Will Arnett - he breaks the fourth wall to talk directly to the player at times and his dialogue is pretty on-point for a Borderlands villain.

My personal favourite is our villain Dragon Lord who is voiced perfectly by Will Arnett.

The character dialogues in Tiny Tina’s Wonderlands are smart and funny, but sometimes drag out too long, especially if you are the type of player who wants to get where they are going quickly and not stick around. Luckily I am that kind of Borderlands player who will open every single box, even the ammo crates and look for all the little hidden boxes, scrolls and dice, so I had a chance to listen to all the quirky back and forth. 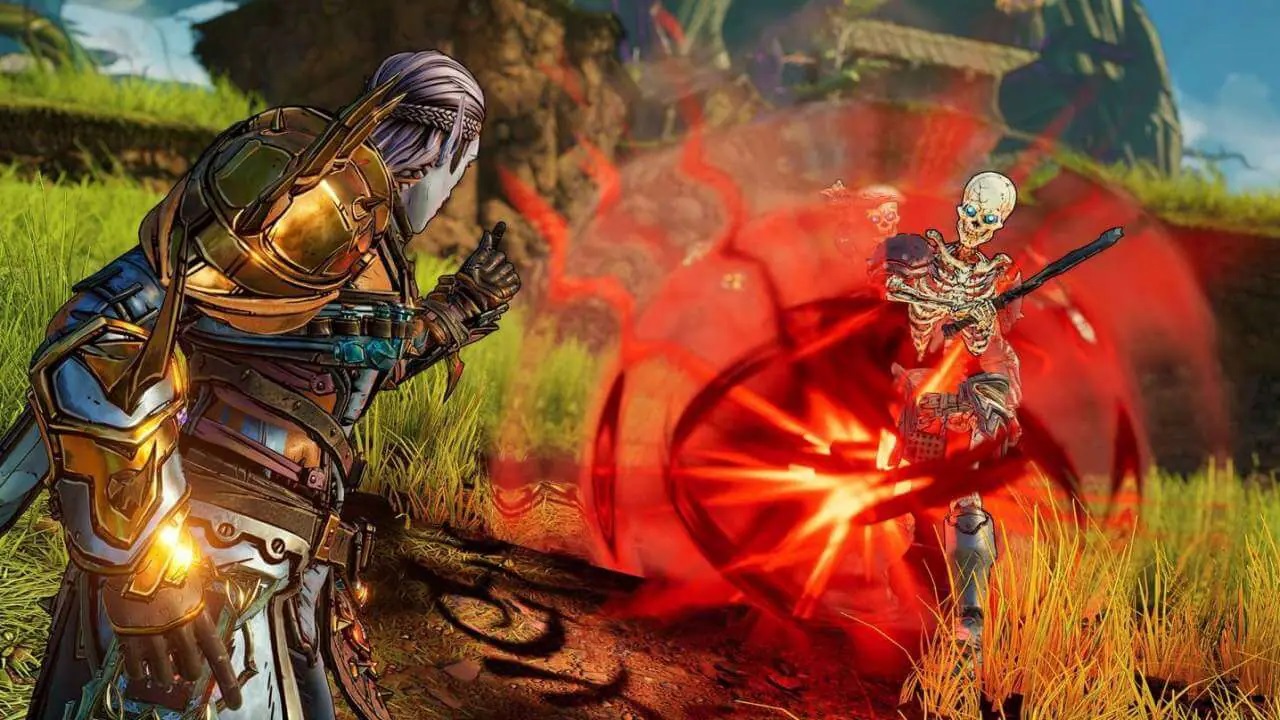 Besides the usual ridiculously numerous gun variations from a Borderlands game, Tiny Tina’s Wonderlands also includes fantasy-type variations with kinetic, frost, lightning, poison, fire and dark magic damage. Of course, depending on what enemy you are up against, you need to decide what type of damage you need to deal as some are resistant to certain types. You will also be able to equip different wards in place of shields and spells which can cause a LOT of damage, especially the area of effect spells when faced with a horde. 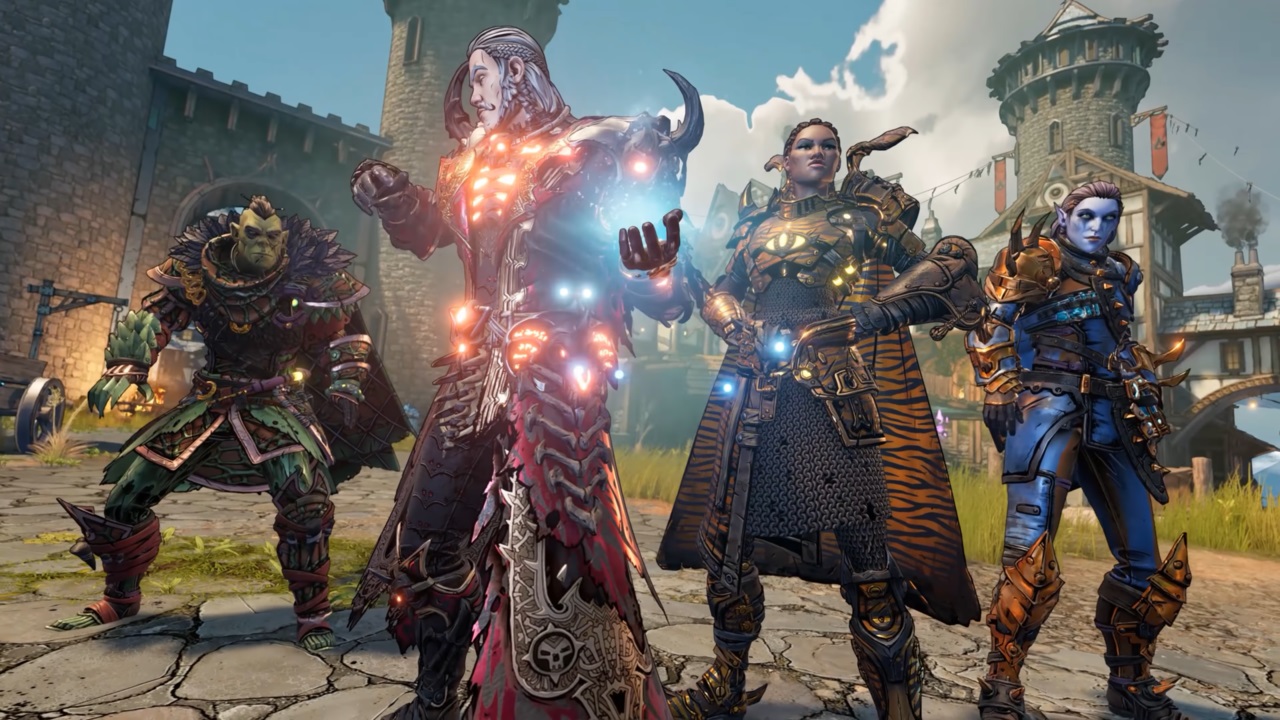 Character creation has also taken a step up and gone into more detail than previous Borderlands games. Perhaps not as exhaustive as larger games, in Tiny Tina’s Wonderlands, you have a pretty big selection and can even choose your own preferred pronouns for your character for dialogue. Your character class has also gotten a big upgrade. No longer just 4 traditional types such as a gunner, beserker, stealth or siren, you are now able to choose from 6 types, some with companions:

- Brr-Zerker - a frost-focused class that concentrates more on close quarters melee.
- Clawbringer - a fire/lightning-focused class that rains down destruction on enemies. Clawbringer also has a wyvern companion that deals it’s own fire damage.
- Graveborn - a spell and dark magic-focused class that has a penchant for nasty kill spells and big areas of damage. Graveborn has a demi-lich companion that deals additional spell damage.
- Spellshot - a gun and spell-balanced class for those who want to swop between the two.
- Spore Warden - a ranged class that uses a mystical bow and can summon tornados of arrows to rain down on enemies. Spore Wardens have a mushroom companion who can release toxic gas to harm and kill enemies and heal allies.
- Stabbomancer - The Stabbomancer is an all-round class that relies mainly on critical hits and status effects. Stabbomancers are fast and deadly. 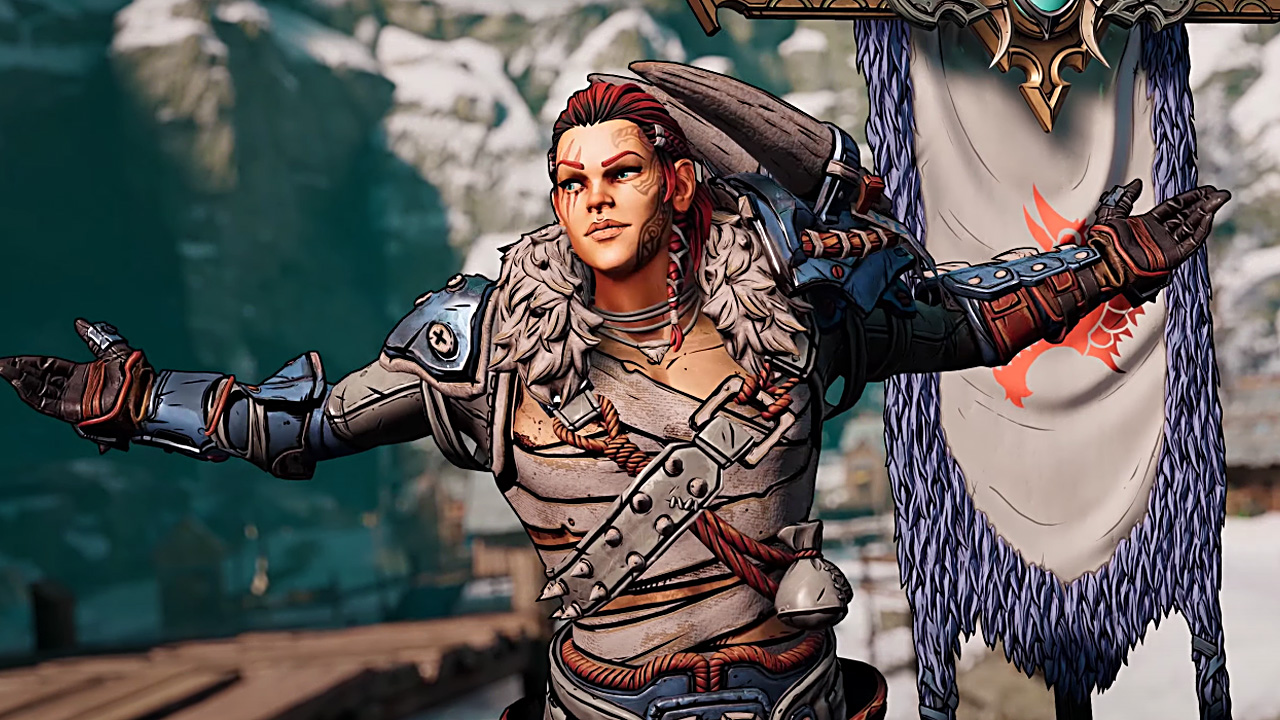 I have done my playthrough with a Graveborn as I love being able to throw magic around like confetti, followed up by a burst from an SMG to finish the enemies off. My demi-lich companion has gotten me out of some sticky situations and has some quirky one-liners. Although I love some good sarcastic commentary, the repetitive quotes got irritating really fast and I started wishing I could turn it off (on a side note - if anyone has found this function, please let me know!).

Although I love some good sarcastic commentary, the repetitive quotes got irritating really fast.

I love the fact that I could choose on the PlayStation 5 to play Tiny Tina’s Wonderlands between optimised performance and optimised resolution. I started off with the optimised resolution option because the colours and characters in Borderlands games appeal to me - I love the cartoon-like feel and vibrant colours. After changing to the performance option I would say it’s the better option for me, personally. I suffer with migraines and the improved FPS definitely helped me with this. 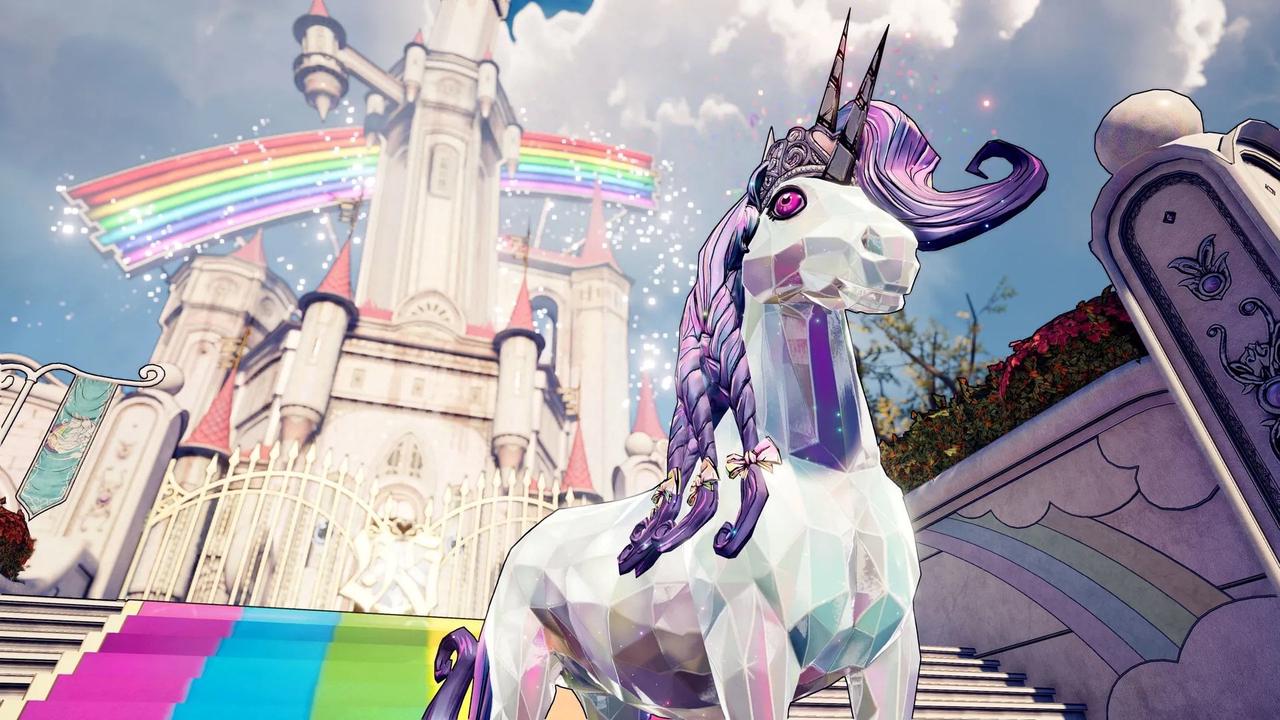 I encountered a framerate drop in one area in particular: a cave with a lot of goblin hordes. While trying to figure out whether it was this one area in particular, I realised that I had been disconnected from the SHiFT servers. I exited the game and signed into the servers and just like that, the frame drop issue was resolved in the area.

Tiny Tina’s Wonderlands is a beautiful, quirky game with all the elements that Borderlands fans have come to love. The story has some mild shocks, but no real twists like we have seen in previous Borderlands games. It’s a pretty easy to follow the storyline and the main focus is on your encounters with characters and side quests. Some side quests do feel a little tedious, but there are also many unique parts that you soon forget about the typical “fetch and bring” type missions. Tiny Tina’s Wonderlands is a great game for those looking to experience something lighthearted and fun and is definitely a must for Borderlands fans.

Made with love for Borderlands fans

Dialogue can feel dragged out

Some quests are tedious 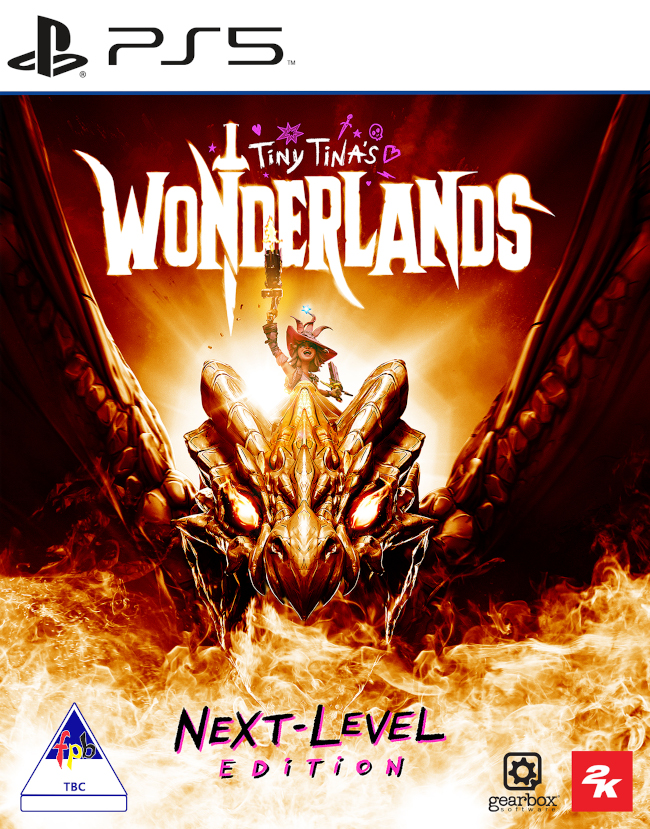