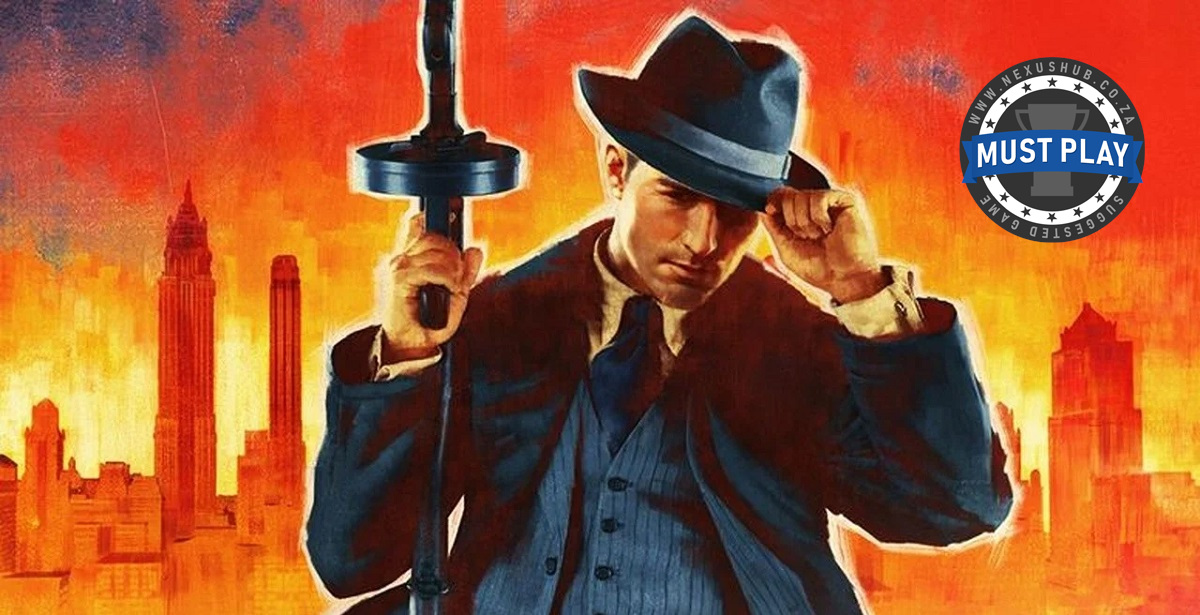 I have a soft spot for mafia and mob movies. Ever since watching The Godfather and its subsequent sequels - and not to mention the countless Scorsese films including Goodfellas and Casino - the early 20th century has always been a fascinating time in mid-America when organized crime was rampant and the mafia dominated entire cities. Back when the original Mafia video game launched in the early 2000s, it was everything I had hoped for when it came to an interactive cinematic mob experience. Fast forward several years later, and developer Hangar 13 have once again brought the mob to life in one of the best remakes of the generation. 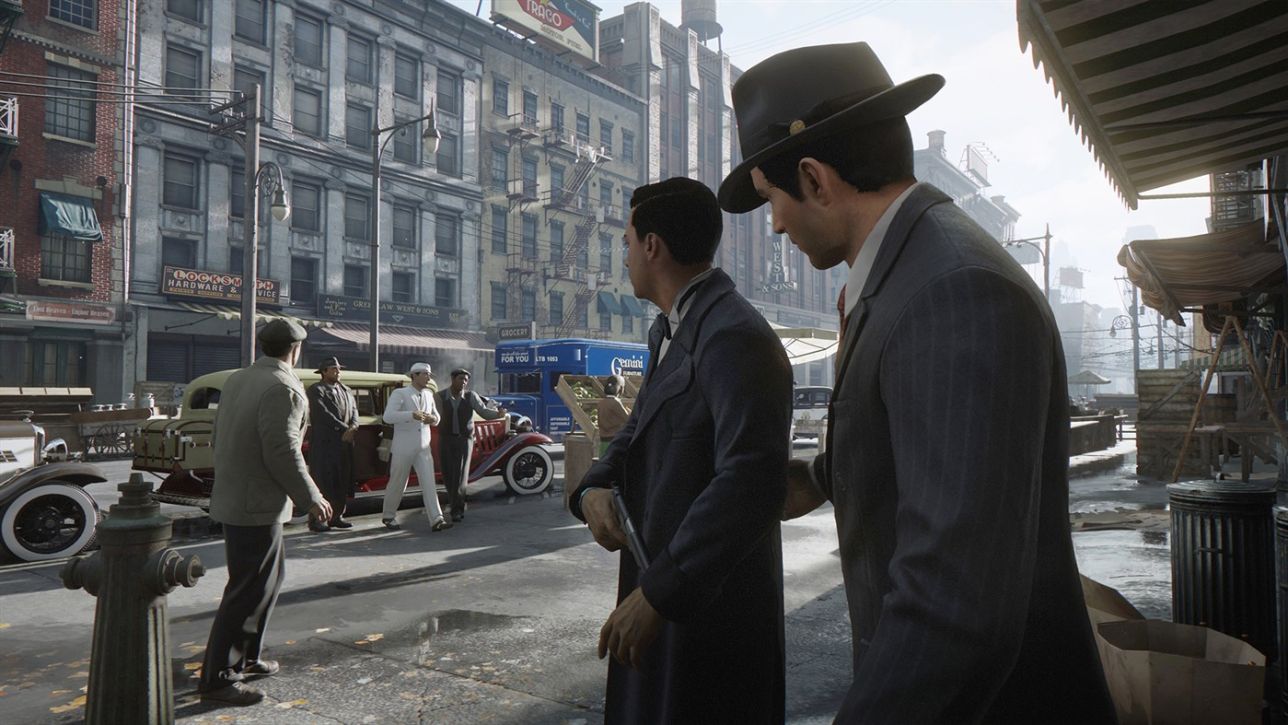 Mafia: Definitive Edition takes place in the Chicago-inspired fictional city of Lost Heaven during the Great Depression in the 1930s. We follow a hired gun named Tommy Angelo who enters the deep underbelly of organized crime in this era, with several politics involved in the mafia hierarchy. The story branches out in several different directions from here, exploring the tensions between warring mobs fighting for control and dominance in certain parts of the city, all the while a greater crime epic brews beneath the surface. In case you haven't played the original, I'll refrain from talking more about the story, but I will say this: it still holds up extraordinary well, and actually provides some contextual social issues that are relevant till today.

Hangar 13 must be commended for... providing one of the most striking and cinematically gorgeous remakes in modern video games.

Lost Heaven is a sprawling open world city with a great variety of locations. Across the game's 12-hour story, you'll sadly only ever explore half of these magnificent places, though it does encourage you to stray off the beaten path and occasionally dabble in some of the open world side activities and hustles. Furthermore, it wonderfully captures the heightened tensions and thrills of the 1930s mafia era. Hangar 13 must be commended for the lengths they went to in order to completely rebuild the game from the ground-up, providing one of the most striking and cinematically gorgeous remakes in modern video games. Textures have been given sharp improvements, the world is brimming with life, and facial animations are vastly improved to give characters more emotive personalities. 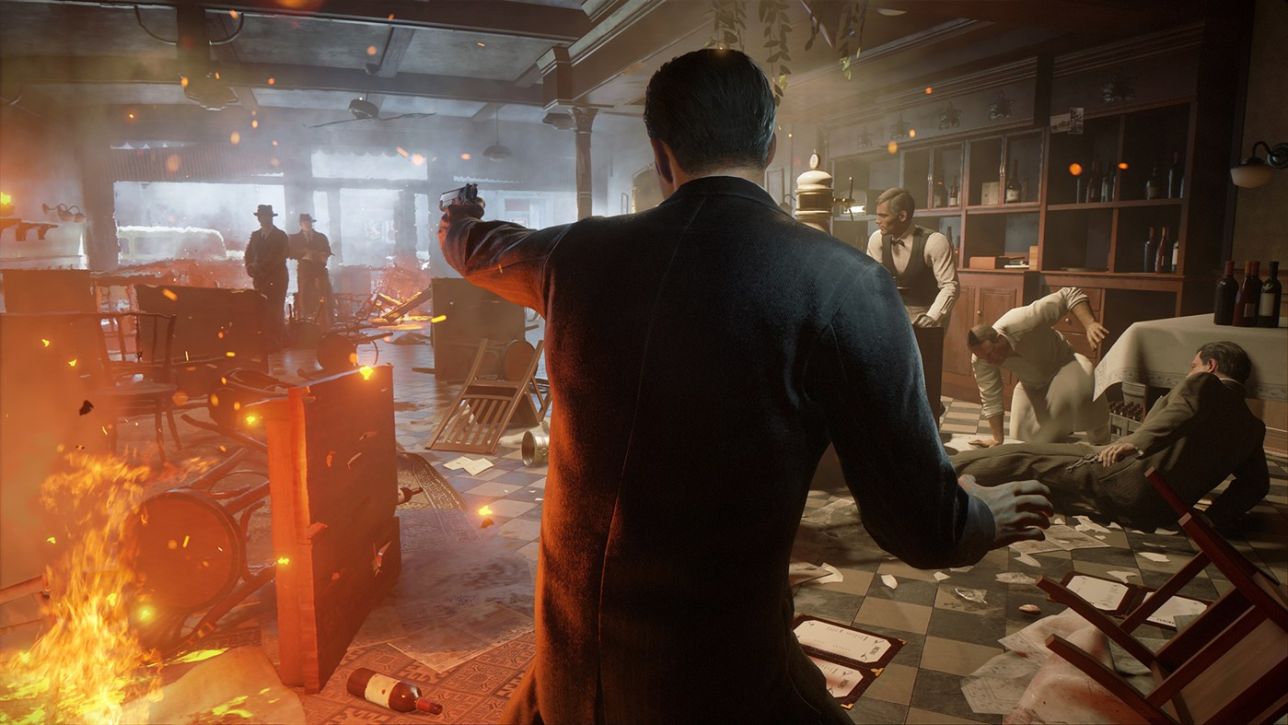 The visual praise for Mafia: Definitive Edition doesn't just stop at the surface level, though. Thanks to the benefits of new hardware, Hangar 13 were able to implement some incredibly immersive features. During storms, for example, lightning crackles to illuminate buildings while thunder roars with stellar sound design. The night life in the city is magical to drive through as neon signs light up the streets and NPCs waddle about to populate the grit and grime of even the most dangerous parts of Lost Heaven. Every few minutes I had to stop and just take in some of the scenery due to just how splendidly it was remade compared to its dated original counterpart. If you just stick to the main campaign, you may miss out on all that Lost Heaven has to really offer which is why it's so important to explore and take your time appreciating the details in between big story moments. 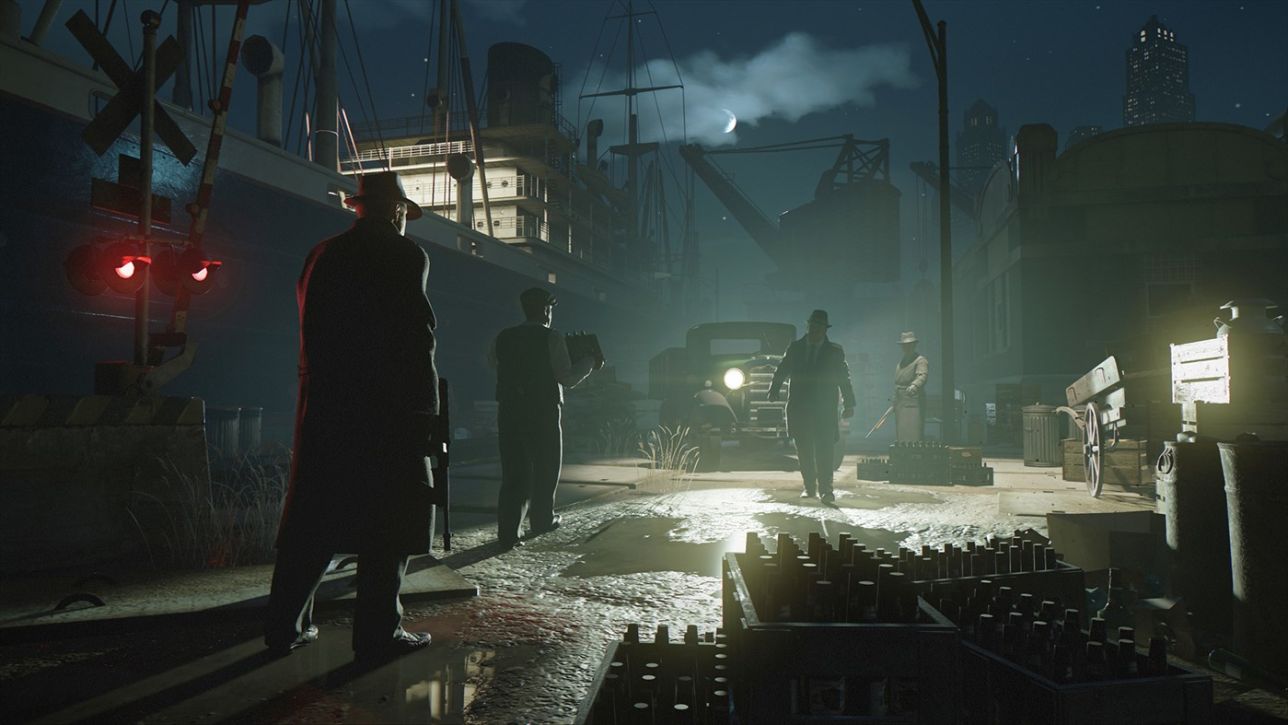 Mafia: Definitive Edition's writing is as terrific as it was back in the early 2000s, this time with some welcomed improvements. The voice acting on display is remarkable. Our protagonist, Tommy, is a stoic but instantly likable fellow with a firm moral compass that's constantly shaken and challenged throughout the story. Every character's voice actor in the game nails their era-appropriate accents too, whether it's the Italian mafia or the Irish cops. There's something so endearingly old-fashioned about the dialect and the way each conversation flows that you can't help but smile at its nuances if you're a fan of mob movies. It might seem like a small and insignificant praise, but line delivery is vital to the believability of a character, and Mafia: Definitive Edition's terrific cast of voice actors delivers them with remarkable professionalism while paying homage to its obvious cinematic influences. 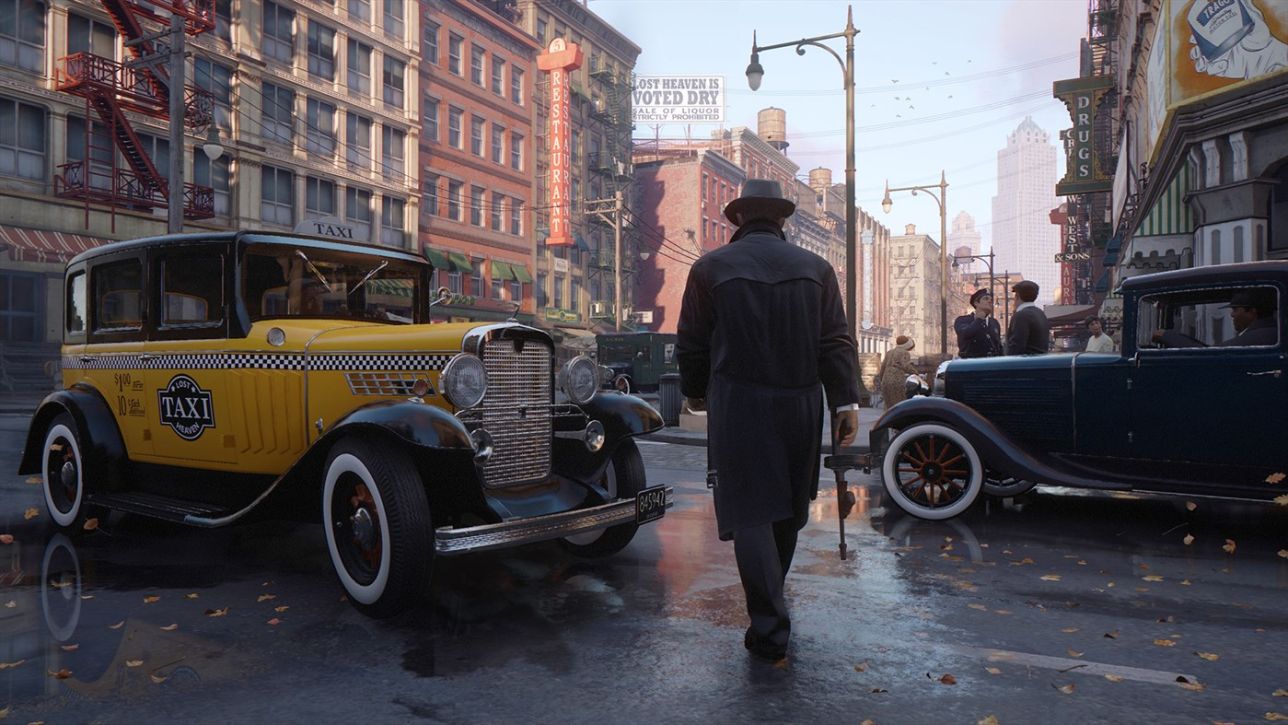 For the most part, controls and movement have been improved. Gun combat has a great punch and weight to it, while driving mechanics (with newly added bikes in this remake) feeling satisfying and not nearly as frustrating as I expected them to be. There are instances of janky animations, though, often appearing during hand-to-hand combat sections. Characters move in an oddly unnatural way when swinging their arms, while AI tends to clip through objects or simply don't register hits. Considering how many segments there are in the beginning of the game where physical confrontations are your bread and butter, it can be a source of frustration. Thankfully, once you're strapped with a tommy gun during the staged shootouts, the game becomes a lot more action-packed and the jankiness of the animations disappear - well, at least for a while.

There are instances of janky animations, though, often appearing during hand-to-hand combat sections.

For an open world title, especially in this generation, it's not a particularly long game either. As I previously mentioned, you can get through Mafia: Definitive Edition's main story in roughly 12 hours, with only some side tasks available. Unfortunately, they aren't particularly fleshed out and you can complete all that the game has to offer in less than 15 hours, and that's being generous. Hangar 13 could've fleshed out the story a bit more instead of simply doing a one-for-one remake of the 20 or so main story missions, maybe adding a few additional quests to make your stay in Lost Heaven a little longer. Nonetheless, it's a minor complaint considering the decent price point and the thrill of the journey itself. 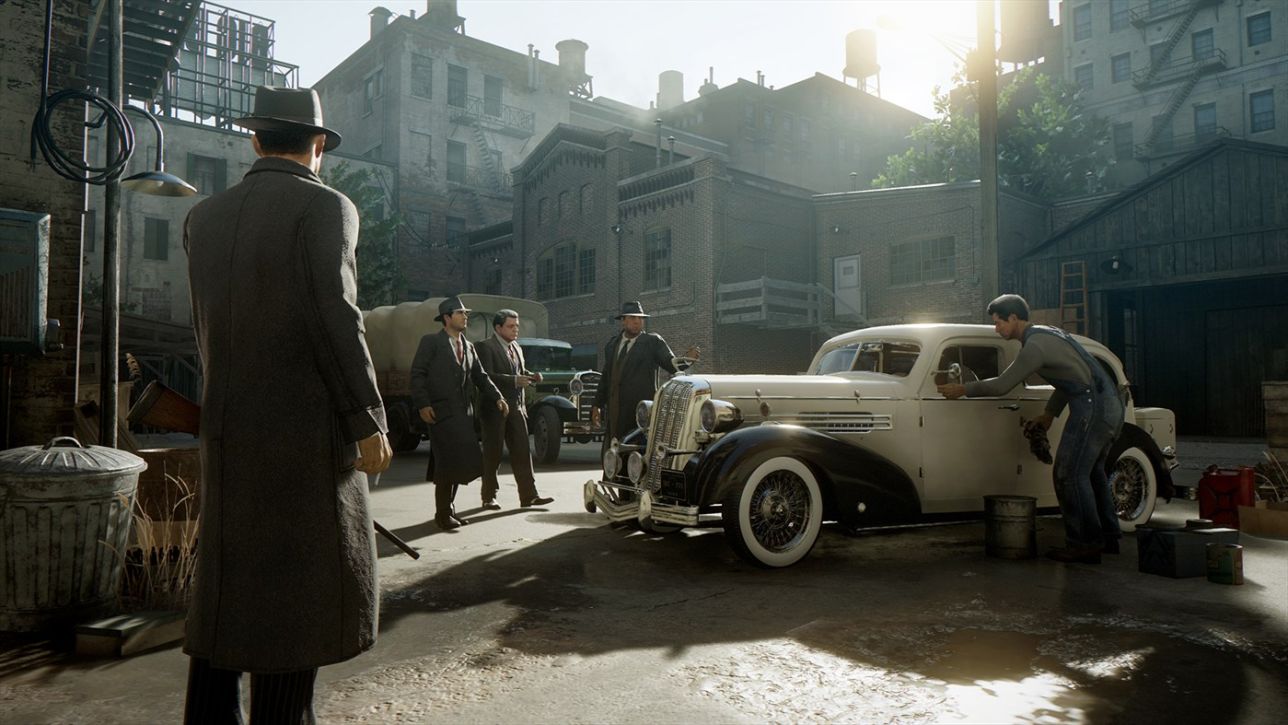 Where Mafia: Definitive Edition slips up is in the technical department. On numerous occasions, I ran into potentially game-breaking bugs. On PS4 Pro, my game crashed twice during a particularly explosive section of the story when the framerate dipped to single digits. Bugs and glitches also make themselves known frequently, like enemies disappearing into floors or clipping issues in high speed chases causing hilarity to ensue. It's nothing a few patches can't fix, but these technical hiccups don't take much away from the core of the gameplay.

Mafia: Definitive Edition, despite some technical hiccups, is still one of the best and most faithful remakes I had the pleasure of playing this generation. The story is engaging and thoroughly entertaining, the voice acting is terrific, the writing and characters are phenomenal, and the visuals are spectacular for modern hardware. While the Mafia series may never measure up to its genre rivals like Grand Theft Auto, thanks to this remake, it now manages to pave its own path in the gaming world and I sincerely hope that Hangar 13 takes on a fourth Mafia game in the foreseeable future.

Faithful recreation of the original

Blaze
@Lurch Mafia's open world still feels like that. There's some side activities but nothing to prolong the game's lifespan. You get into the main story and you're done. I think it speaks more to how great the open world in this remake is, that you don't see most of it.

Lurch
Glad they pulled this off. Struggled to go back and try the original again on GOG.

This line, "you'll sadly only ever explore half of these magnificent places", does not surprise me. Mafia II's open world also felt like a beautiful backdrop to the story missions and there was barely anything to do while free-roaming.

Blaze
@Scottie A lot better, though still bit wonky on the technical side, it's a big step up from Mafia 2.

Scottie
Sounds much better than the Mafia 2 remaster disaster. 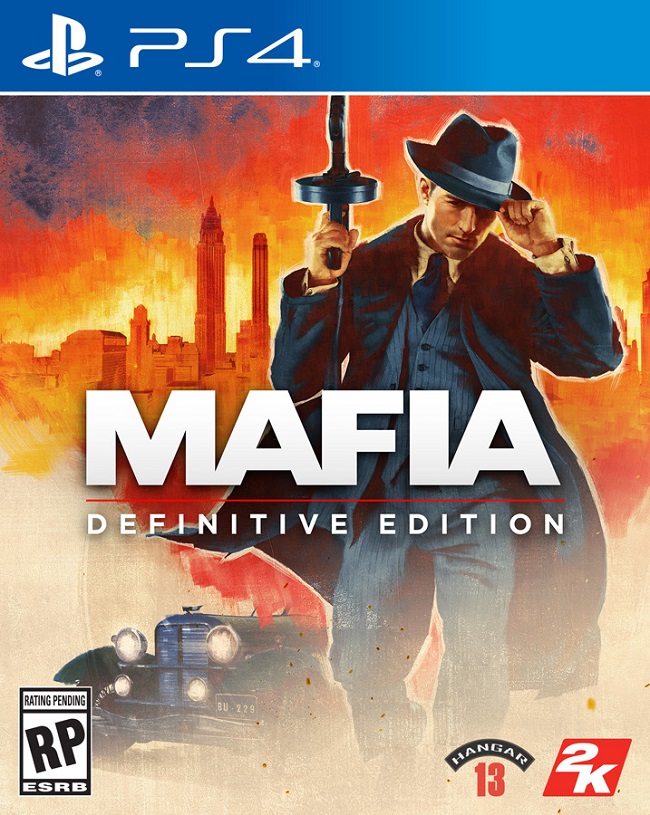