Not quite smashing it. 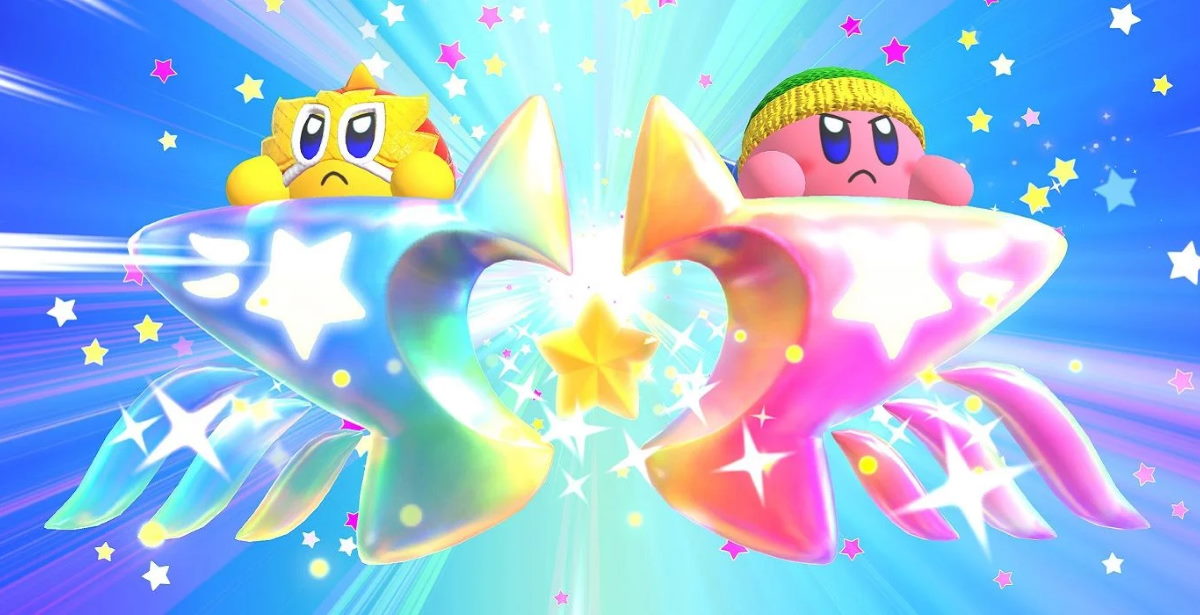 While Kirby Fighters 2 is crammed with character variations and numerous levels; in many instances the overall experience can come across as flat and unrefined. 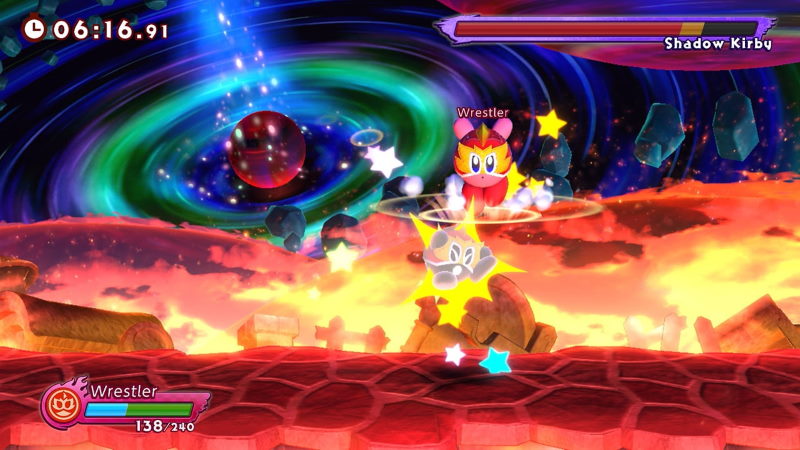 Taking control and navigating the mechanics of Kirby isn’t a daunting task at all, it has a similar feel to that of the general Super Smash Bros. concept only not as intricate. Each fighter battle layout with the options to block, jump, grab, dodge and attack; sound familiar Super Smash Bros. veterans? You win a battle by depleting your enemies life bar rather than knocking them off the stage. Once defeated your Kirby character turns in to a ghost that will be able to still attach other players. If this attach is successful you will re-spawn with a small percentage of health.

The playable Kirby characters, all 17 of them, are individually defined by their unique abilities. These range from the iconic Artist Kirby from Kirby: Power Paintbrush to the sword wielding Ninja Kirby, all of which can be unlocked by progressing through the games story mode. When holding a direction while pressing the attack button will cause your Kirby to produce an attack which will vary depending on the theme of the character. 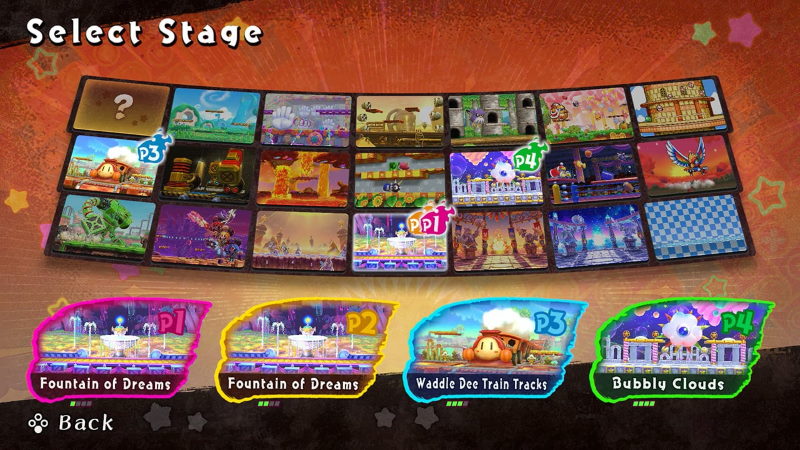 The highlight of the battle system is learning to use your various actions to avoid stage hazards while in the heat of battle, generally just spamming hack ‘n slash attacks simply won’t do the trick.

There are five main different modes to access in Kirby Fighters 2; Battle Mode, Online Mode, Local Play Mode, Single-handed Mode and the Story Mode. The battle mode accommodates up to four players either as a team or simply as solo players. The Online Mode (alone with Local Play Mode) allows the same gameplay as Battle Mode only online or via the Switch wireless connection. The Single-Handed Mode is less interesting than what it sounds, here you attempt to get the best clear time as you fight battle after battle by yourself. Taking your enemies out as quickly as you can adds some longevity to the game if you don’t plan to play online… with is most of the games appeal. The Story Mode is where you unlock the different Copy Abilities (Characters) of Kirby. The fights aren’t particularly challenging as an ever-increasing number of upgrades get rewarded to you after every victory. levels are filled with power-ups to help you along the way, most notably the 'Buddy Star Blaster' which requires players on a team to bring this items two halves together to produce a spacial smash-like attack. It also includes some well thought out boss fights providing some variation to the generic way you’ll play through other stages.

Here, for a brief moment, Kirby Fighters 2 feels more like a traditional Kirby game, rather than a Super Smash Bros. clone where you can’t blast your opponents off the level. 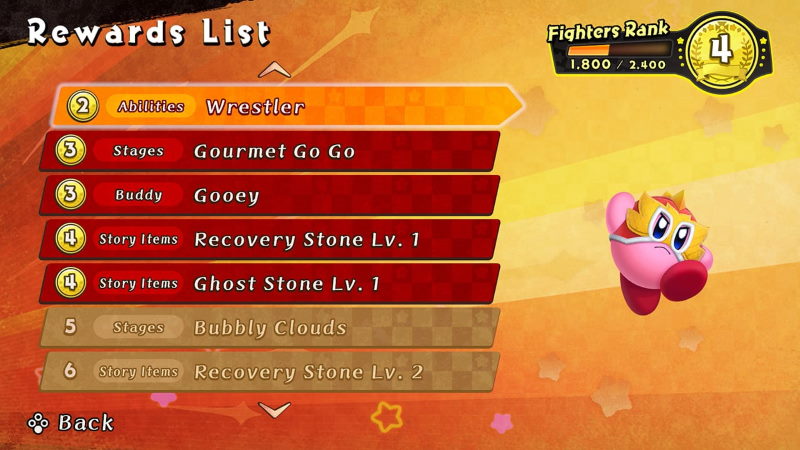 Kirby Fighters 2 is flooded with charm and potential with some well thought out level designs. The different abilities of the characters while different seem to fade into each other and the various Kirby’s all become the same character. Simply put, it all feels very watered down and mundane. The online play is highly unstable at the time of playing leaving the player highly frustrated when trying to find an online match and when connected there are significant lag issues.

If you look back at the original Kirby Fighters it had great value in that it was an add-on game mode to Kirby: Triple Deluxe. Yes, it may have been the most popular aspect of the game but as a stand-alone title it falls significantly by the wayside. Even as a budget title less than R400. The ideas, levels and aesthetics in Kirby Fighters 2 are all there but overall doesn’t do enough to be a deeply enjoyable fighter. Sadly this time around our favourite pink ball of cuteness will have to be kicked to the curb.

Shallow as a stand-alone game