Ghosts of arcades past. 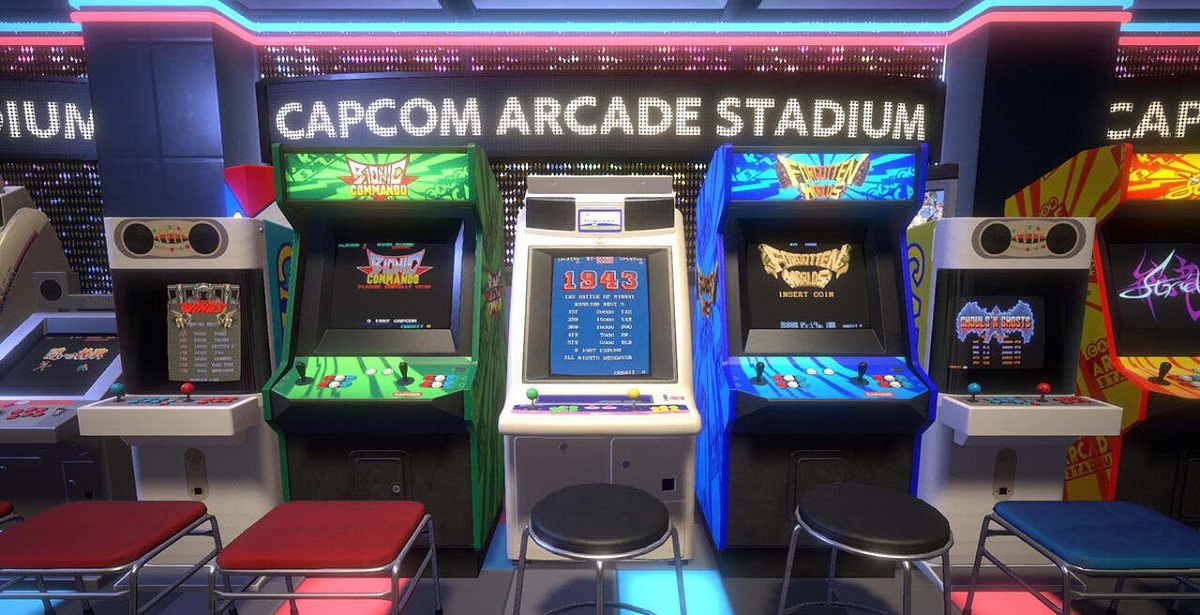 There's a good reason why Capcom has such a long legacy in the video games industry - and why they're titans today. Going back to the arcades in the 80s and 90s, you'd find Capcom among one of the many brands headlining at least a dozen arcade machines. Best of all, they had a terrifically diverse roster of games under their belt, catering to many audiences at once. Now, we get to the relive the glory days of the arcades with Capcom Arcade Stadium. 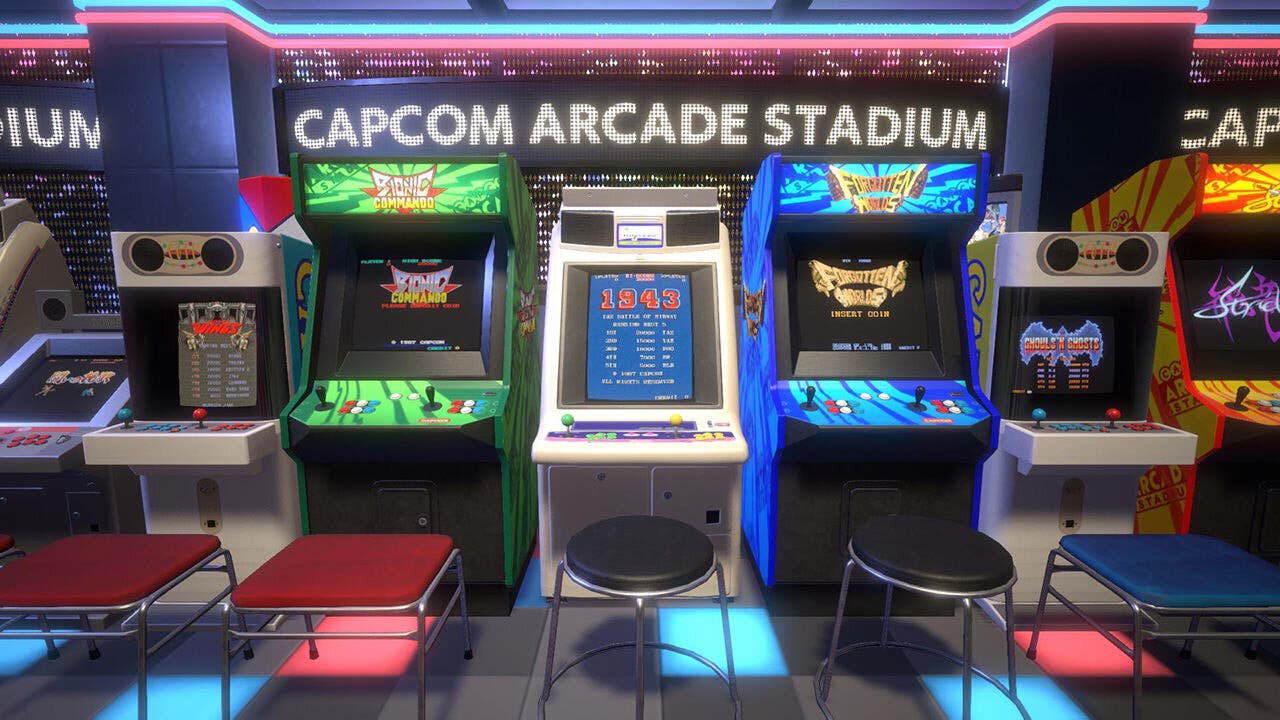 Capcom Arcade Stadium packages together 32 classic games (at least in its current line-up), with the developer promising more to be added at a later stage. For a starting roster, though, it's pretty impressive. Each pack of games delivers titles from specific eras. The full list inlcudes: 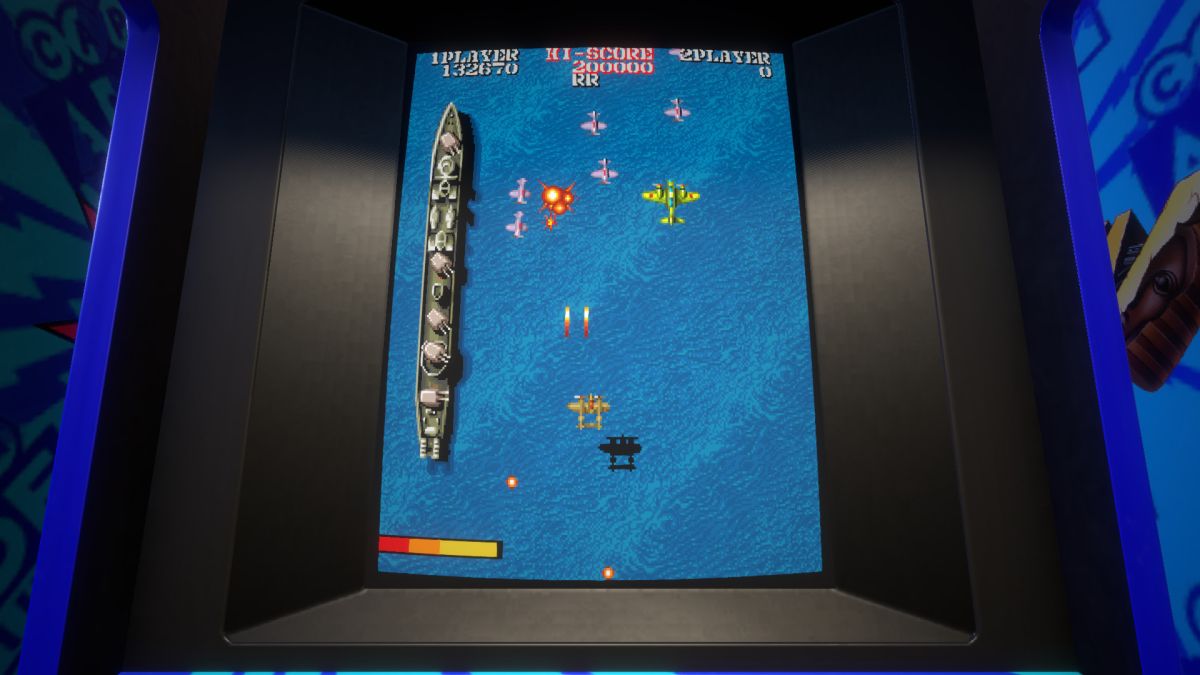 As you can tell, Capcom Arcade Stadium packs a lot of diverse titles, from fighting games and shooters to action and adventure titles. For the most part, the games list is expansive, though you can't help but feel like at least half of the games won't cater to everyone. Quite a few notable Capcom arcade classics are missing, which to its credit, we presume will be added later on. It's not necessarily a knock to the current line-up, but the absence of many Capcom heavy-hitters here is noticeable.

Street Fighter II remains one of the greatest fighting games of all time, and Capcom has bundled three versions of the game in this collection.

However, if you keep your expectations in check, you might find plenty of enjoyment in what's on offer here. Street Fighter II remains one of the greatest fighting games of all time, and Capcom has bundled three versions of the game in this collection. In addition to that, you're also getting classics like 1941 (and its sequels), Bionic Commando, Ghosts 'n Goblins, Dynasty Wars, and more - all of which I played as a kid until my pockets were dry. 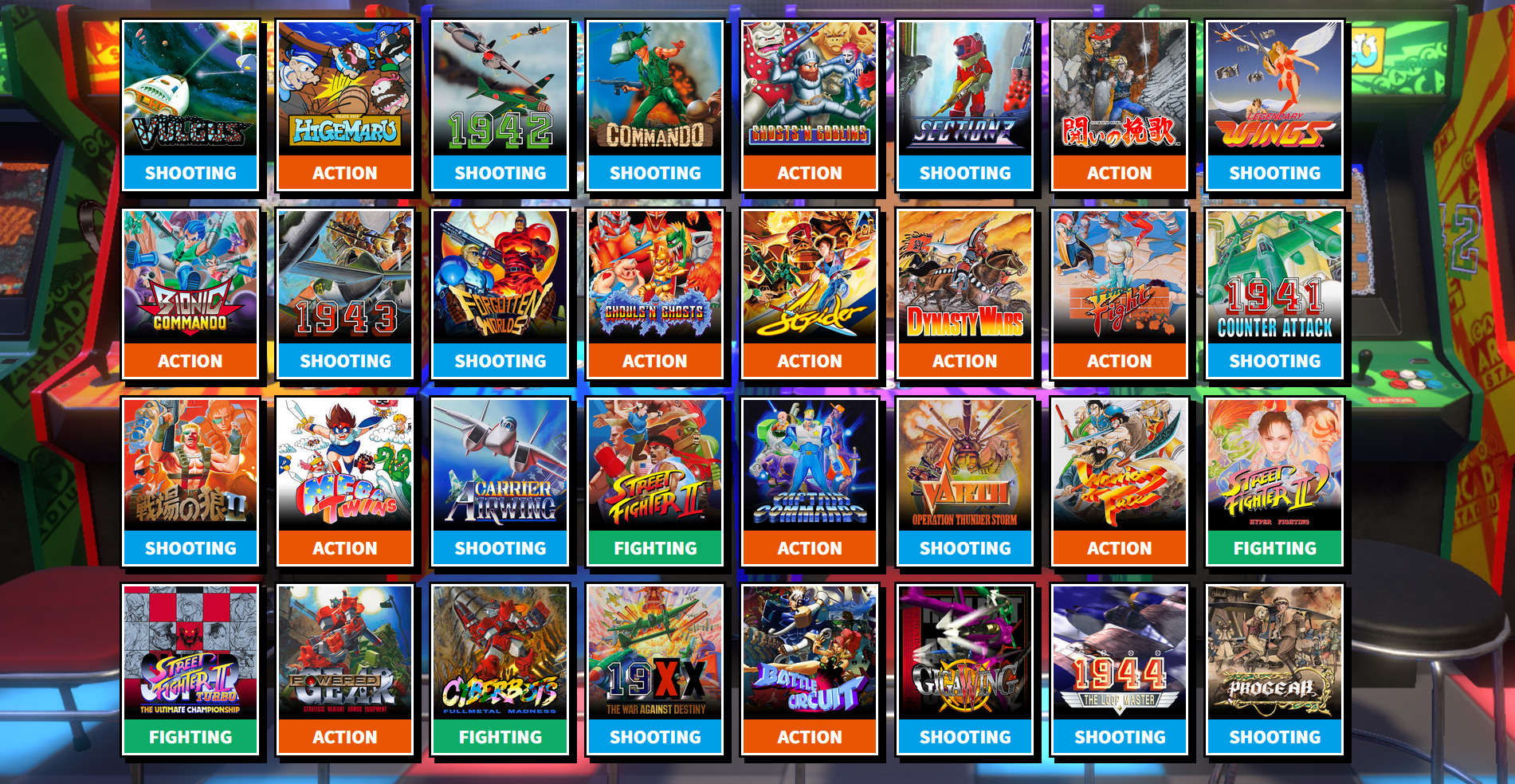 The games all run on an emulator but adds some nifty new features. Fortunately, you don't have to shove coins into your PS5 as there's an option to get what is basically infinite restarts by simply pressing R3. You can also rewind gameplay, adjust each game's speed, change the difficulty, and use cool visual filters to simulate a CRT screen.

...playing in the classic format (especially paired with the CRT filters) offers such a rewarding nostalgic experience.

On that note, the best part of Capcom Arcade Stadium is its presentation. When you boot up the collection, you're taken on a 3D tour of an arcade showroom straight out of the 90s. This acts as the menu, where you can access each individual game by sliding across the arcade cabinets. When you boot up a game, it simulates you playing on an arcade machine, so the screen is cut off and bordered by the machine and joysticks at the bottom of the screen (and yes, the buttons actually do respond to your commands on the DualSense). You have the option to toggle widescreen if you don't like this, but playing in the classic format (especially paired with the CRT filters) offers such a rewarding nostalgic experience. 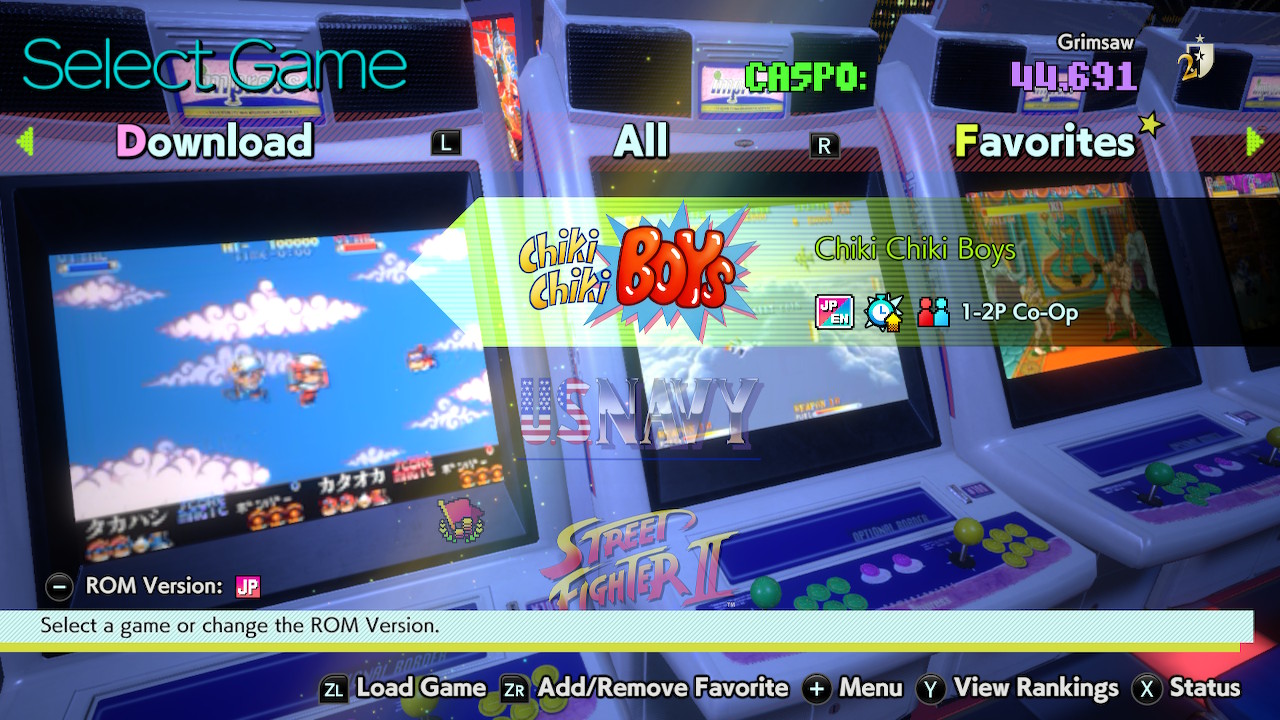 Going back to what I said about the games lacking some of Capcom's best (including Mega-Man and more), the developer will add more as time goes on. However, this current roster is simply a foundation that Capcom can continue to build upon, giving it a lot of potential for where the future of this bundle could go. But it is still a foundation, albeit a good one, that could be great when given more time and attention.

Capcom Arcade Stadium is a mostly solid collection of some of the developer's glorious arcade shooters, fighters, adventurers and more. The classy presentation of the simulated arcade showroom is its most impressive feature. It may not have everything you could hope for when you think of Capcom's best arcade hits, but it has enough here to give an idea of why the Japanese gaming giant was - and still is - so celebrated in the gaming world. Capcom Arcade Stadium lays a good foundation, and we can't wait to see how it evolves.

Simply a foundation for Capcom to build upon