Dance the endless night away

The announcement and subsequent Western release confirmation of Persona 3 and Persona 5 Dancing reminded me of an emotional rollercoaster. The Japan announcement made me sad, simply because there was no mention of a Western release. When Atlus confirmed the Western release, I was ecstatic. After this, I got sad again when the game was delayed locally. Surviving the roller-coaster, I finally got my hands on the Endless Night Collection, consisting of Persona 3: Dancing in Moonlight, a PlayStation 4 version of Persona Dancing All Night and Persona 5 Dancing in Starlight.

Last year I finally played Persona 4 Dancing All Night; the rhythm game was amazing and spending even more time with the cast of Persona 4 was a real hoot. Persona 3 Dancing in Moonlight (P3D from here on forwarding) breaks away from some of the mechanics in Persona 4 Dancing but manages to retain your attention for the 20 odd hours it takes to complete it.

Following a great little introduction clip, you and your friends wake up in a place called Club Velvet. Fans of the Persona series will immediately recognize the Velvet area as a different kind of Velvet Room. Here, you are informed about the status quo and what the possible endless night holds in store. Breaking away from the traditional storytelling of Persona 4 Dancing, P3D adds in its own unique way of storytelling in the form of Social Links. Though Social Links are nothing new to the series, it is the first time it is present in the dancing spin-offs. Each character starts off with 5 links to unlock after this an additional 3 links are unlocked. These links are unlocked in a variety of ways; some require to you attain a brilliant rank in a certain amount of songs, while others task you with clearing songs with different outfits.

P3D adds in its own unique way of storytelling in the form of Social Links. Though Social Links are nothing new to the series, it is the first time it is present in the dancing spin-offs.

If you want to uncover the full story, these Social Links and the way you unlock them keep each stage fresh and rewarding. When reaching Social Link 6, you are granted the opportunity to search the specific characters room. In here you can uncover a bit more of each character and their hobbies, as well as their general life. This is nothing groundbreaking or anything but peering a bit deeper into a characters life is a nice addition. 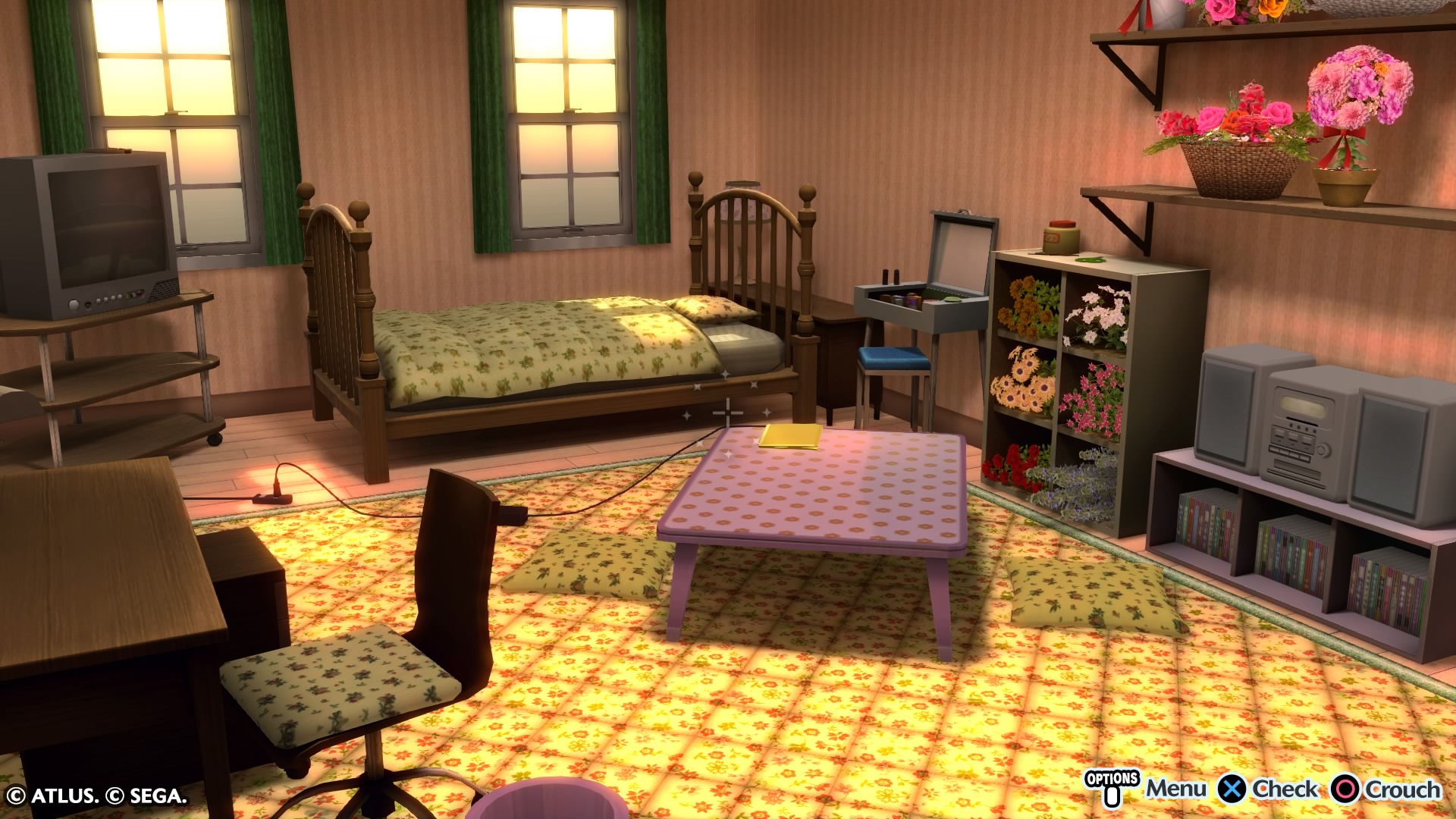 One complaint I have with P3D is the story itself. Sure, following each characters story arc is fine, but the overall story does fall flat from the get-go. For all the criticism P4D received for its story, P3D struggles to hold your attention with its main story. The ultimate payoff is great but getting there can be a bit of a slog.

To be completely honest, very few gamers will be put off by the struggles of the story. When going into a Persona dancing game, you dive in for the solid dancing mechanics and music. The dancing mechanics have been tuned just enough to make them feel fresh over its predecessor. While clearing stages and meeting some criteria, modifiers are unlocked. Some will let you auto scratch while dancing, while others allow you to continue your combo when hitting a good note. The opposite also exists in the form of challenge modifiers. These, on the other hand, modify the game to make it more challenging. For instance, some will mirror the notes, fluctuate the song tempo or let the notes fade in and out while dancing.

The songs just don't get old - ever.

Each modifier either increase the amount of score your receive or decreases it, making it easier or more difficult to beat your previous high score. The songs, in all their variety, make for an enticing listen. Remixes, collaborations and completely new arrangements litter the soundtrack - some are fantastic while some are not so. My absolute favorite is the "Burn My Dread" remix. Not only is it a masterful track, but it's also the song where I farmed the majority of my Social Links upgrades. The songs just don't get old - ever. The only way I can truly describe the soundtrack of P3D is for you to experience it for yourself, with proper headphones, naturally. 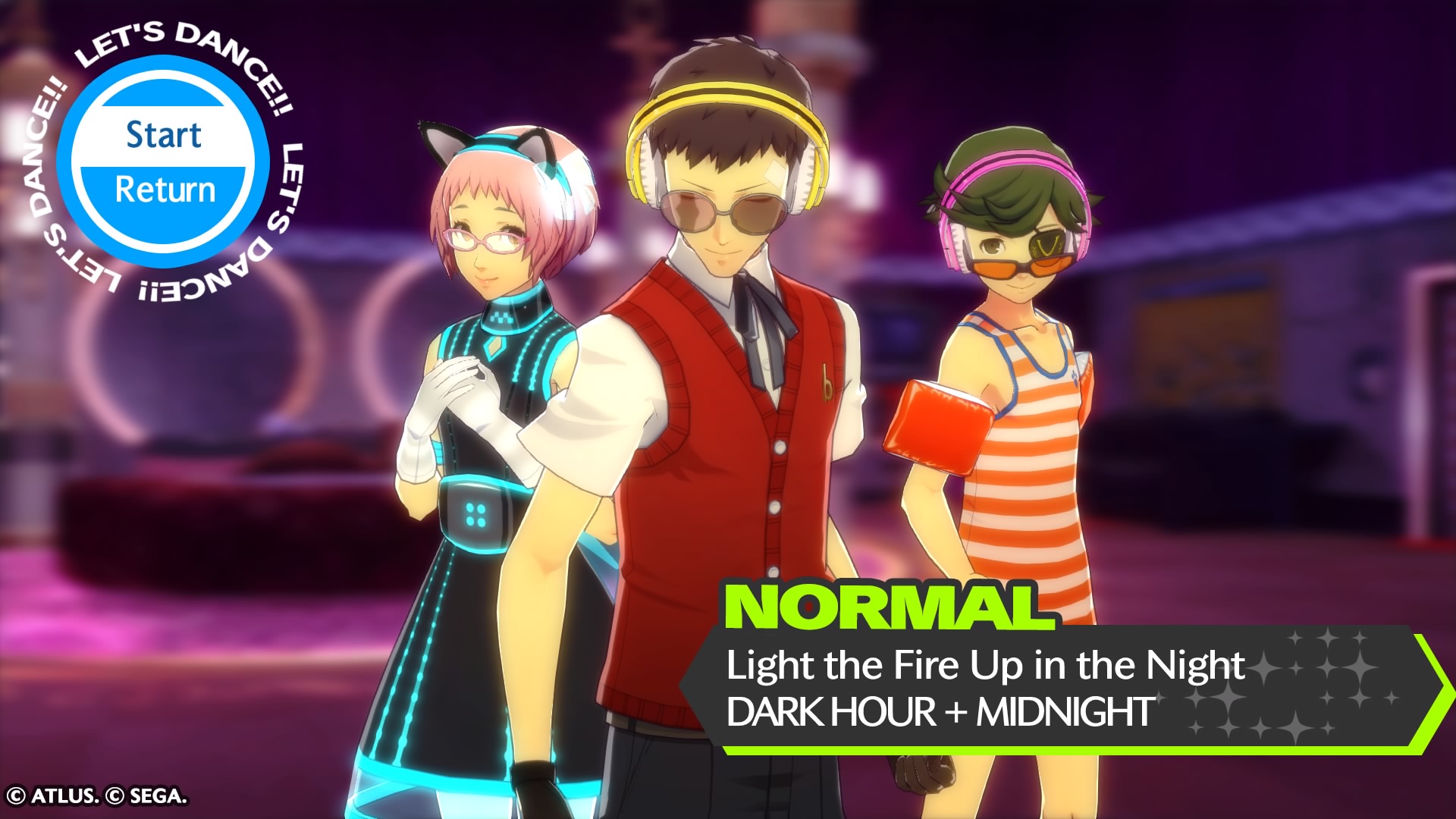 On the other side of the spectrum, we get to see the colorful cast of Persona 3 rendered in eye-popping high definition. Seeing Yukari, Yunpai, Aigis, and Mitsuru beautifully animated was a real treat. Seeing their buttery smooth animations while dancing in familiar locations is a whole other experience, however. Bodies move realistically to the banging soundtrack, expressing the developer's attention to detail and love for each character. Unlocking different outfits and pairing them with accessories make for some silly, if not memorable, stages. Tons of accessories and outfits are yours to unlock - heck, you can even unlock colored contact lenses and different hair colors for each character. Want a blonde Mitsure with white eyes and dressed as a witch? Your wish has been granted. 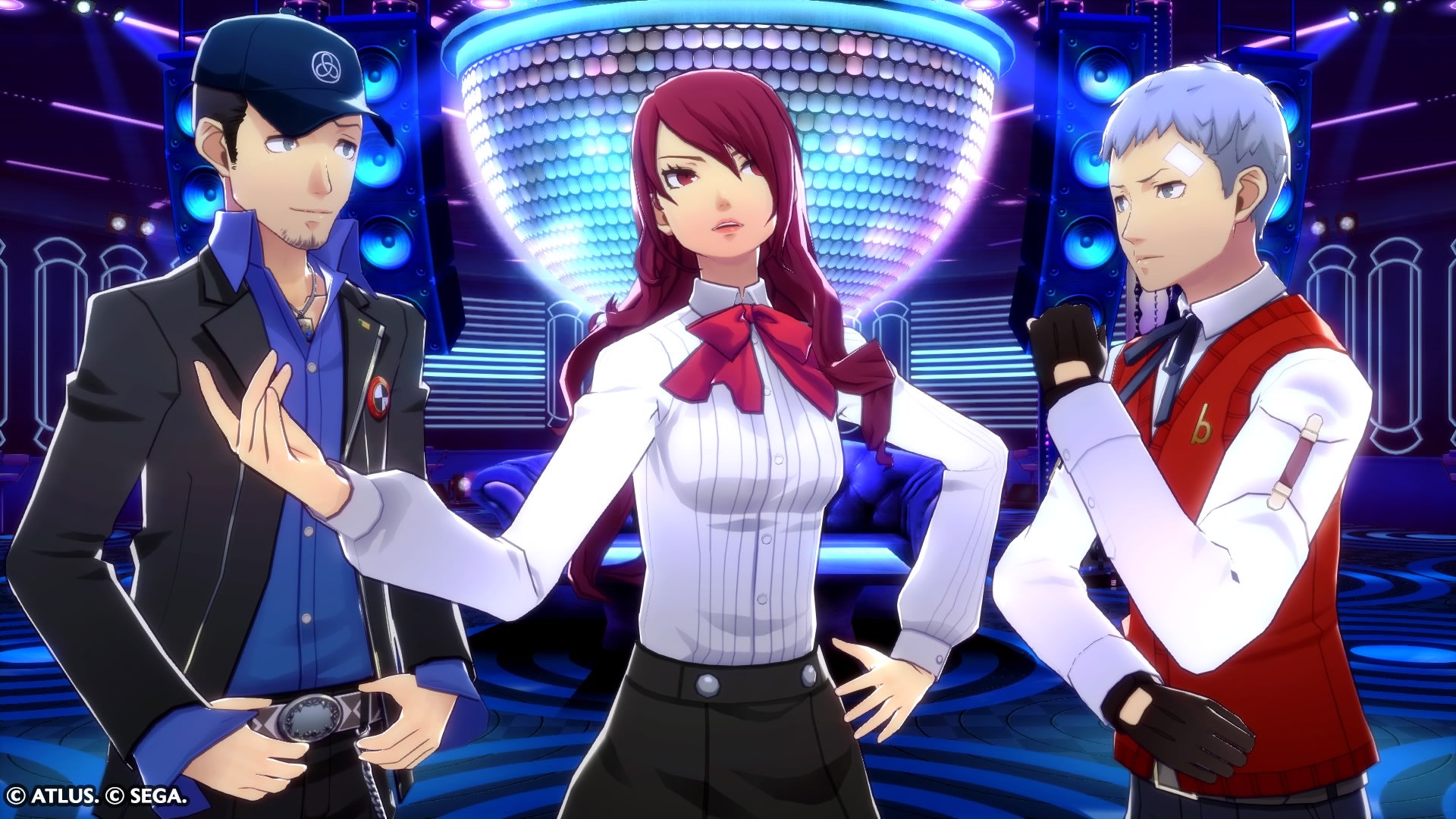 Persona 3: Dancing in Moonlight gives you the opportunity to spend more time with the members of S.E.E.S, providing you're not looking for a grand Persona story. The dancing mechanics are as solid as ever and the characters are beautifully rendered and animated. An overall great soundtrack treats your ears with only one or two underwhelming songs in the mix. I thoroughly enjoyed my time with P3D and can't wait to jump head first into Persona 5 Dancing in Starlight. If you want a break from all the vicious and story-heavy games 2018 brought us, P3D will provide you with just that. 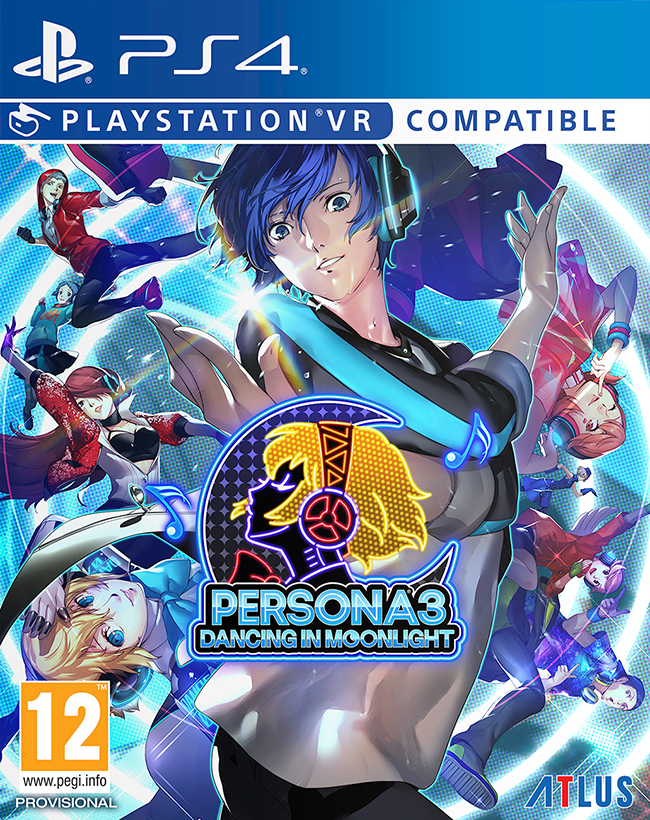