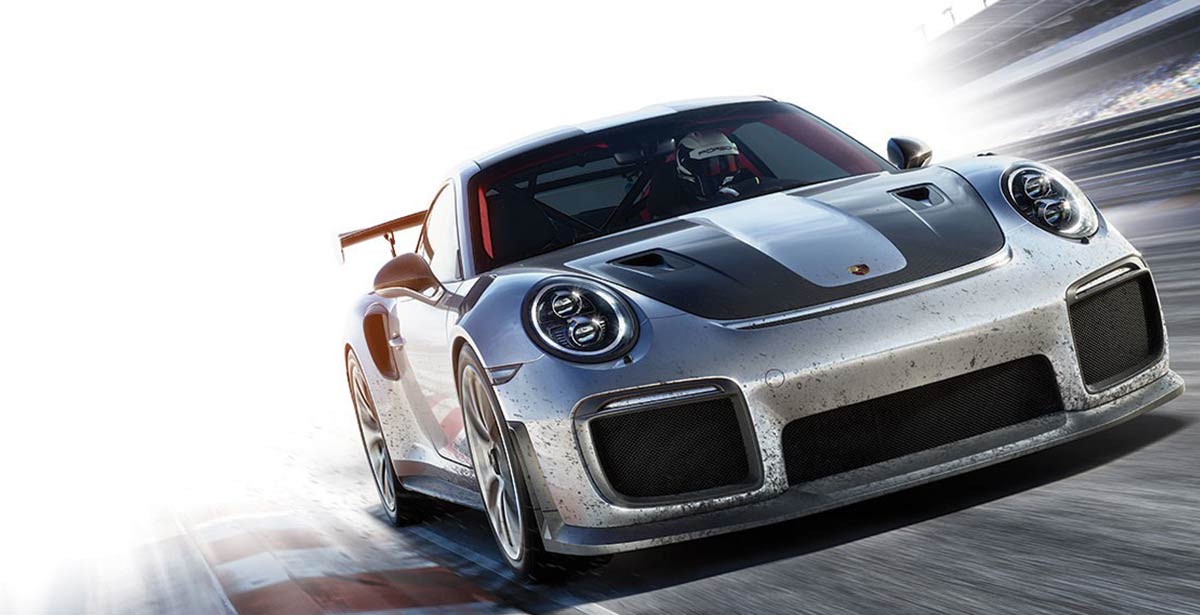 Of all the Xbox exclusive titles from 2017, the one that had me the most excited in the lead up to its launch was, without a doubt, Turn 10's Forza Motorsport 7. With a consistently successful history, the series has solidified itself as a household name and one that continues to deliver in spades each and every time a new title is released. Forza Motorsport 7 is no exception to this rule, offering some of the most exciting racing on console to date. Ditching the grandeur and pomp of previous titles, Forza Motorsport 7 is a much more raw racing experience, highlighting the white-knuckle racing action above all else. That's not saying it's not sophisticated, it is, but there is less focus on the ostentatious, showy side of motorsport. More than anything, it wants you to strap on your gloves and hit the road on a motorsport journey. 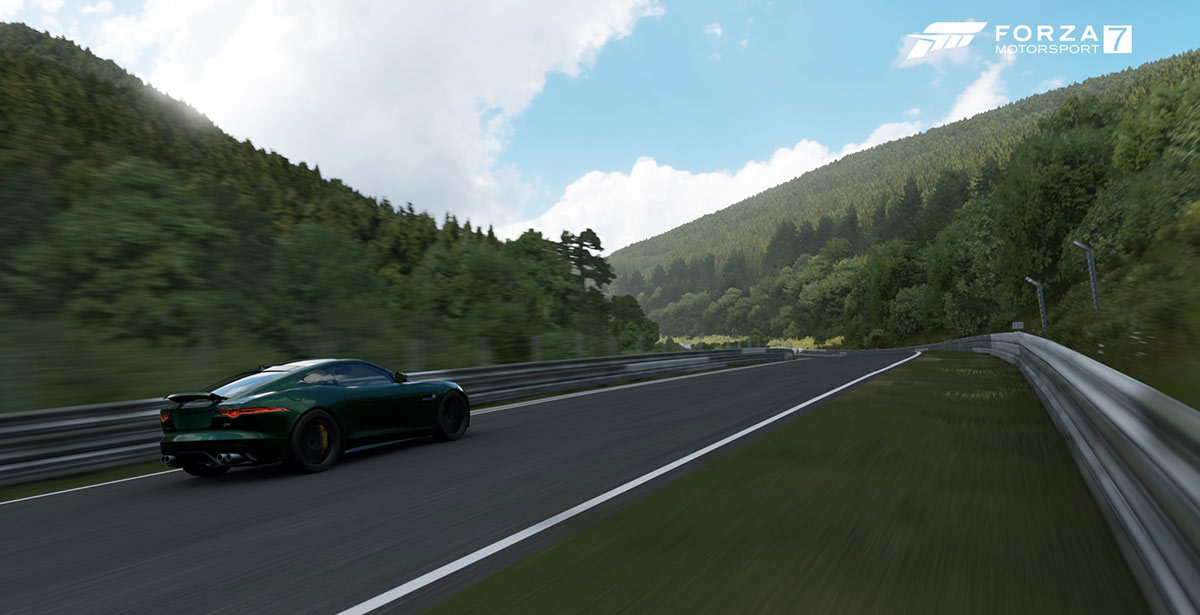 This journey begins with the revised career mode, the Forza Driver's Cup. A more streamlined progression system that focuses the experience as you chase down a series of six smaller trophies on the way towards the final. This new approach is a welcome change, making everything a bit more bite-sized in comparison to its slightly top-heavy predecessors. Each of these smaller cups can be gleaned over to meet the necessary requirements to move on, but there is much more on offer if you stick around and take it all in. From classic open-wheel legends to the new bombastic truck racing, Forza Motorsport 7 wants you to have a lick at everything. The addition of 'Open' events to the career mode allows you to strap into your favorite set of wheels at least once during each trophy event.

On the way, you will participate in every discipline the game has on offer, along with the return of showcase events that will provide a unique set of challenges to overcome. Showcases are all prefaced by a voice-over from a professional in the industry and often give a bit of insight into the world of motorsport. While the Top Gear test track still remains in the track selection, the missing voice talent of Clarkson, Hammond, and May is noticeable but the replacements do an adequate job. The showcases can range from a one on one with Hoonigan head honcho Ken Block, to a 24-lap endurance race around Spa Francorchamps. 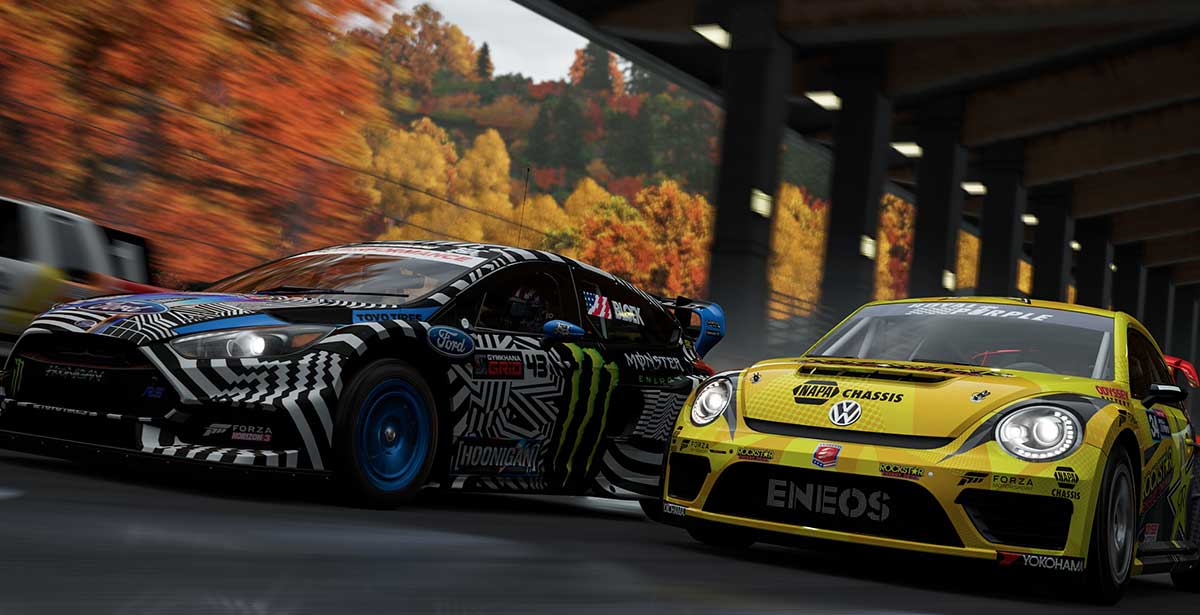 Beyond the single-player career, Forza Motorsport 7 offers up a stock standard free play which will allow you to tailor your very own unique races as well as decent split-screen multiplayer. For drivers seeking something a bit more challenging, Rivals mode will pit you against a closely matched opponents drivatar in a timed lap challenge. Having had little to no luck with online connectivity in Forza Motorsport 6 (I believe this was localized and not a major online issue), I was happy to find online matchmaking in Forza Motorsport 7 a breeze. Aside from the usual aggressive online style of global gamers, there are next to no issues with the multiplayer. Races all ran incredibly smoothly, with no noticeable latency. Forza Motorsport 7 will no doubt hit the e-sports scene in a big way when the 'Leagues' mode opens up, and the return of the Forzathon weekends will see the servers crammed full of drivers if Horizon 3 is anything to go by. 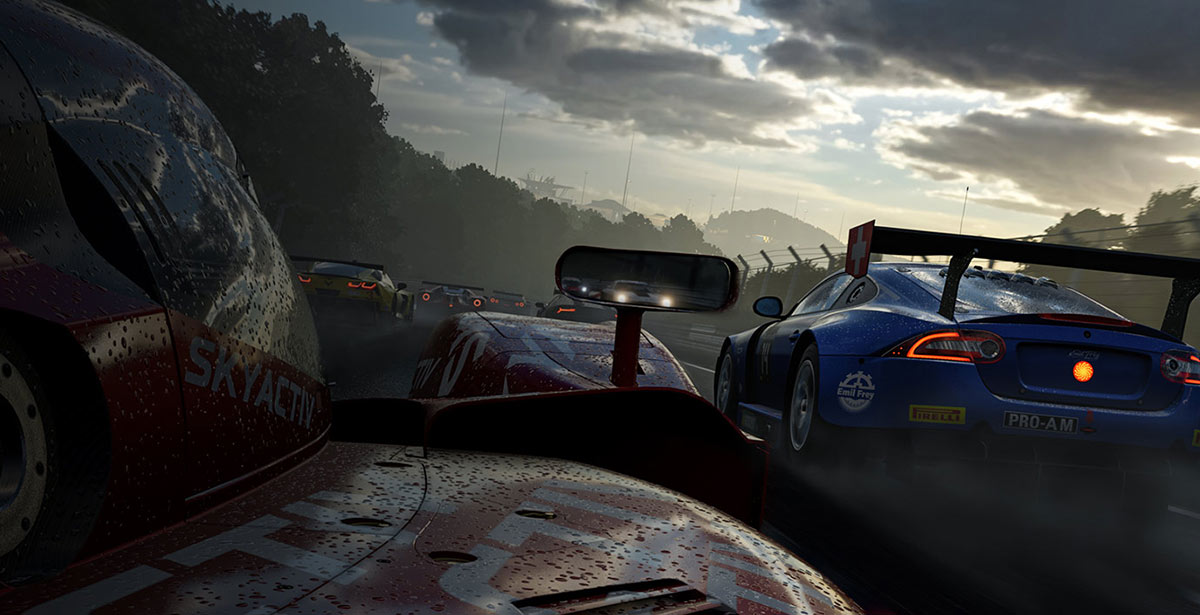 Keeping things fresh is the name of the game in Forza Motorsport 7, and this is done through the game's impressive dynamic weather system and a healthy complement of cars. Previously in Forza Motorsport 6, the latter stages of the game became very repetitive after having burnt rubber across the tracks provided ad nauseam. Forza Motorsport 7 has a few new tracks to show off but doubles down on tackling repetition through its excellent dynamic weather. There are a total of 16 states of weather in the game and, at any given time, the state of play can change from sunny blue skies to a mild monkey's wedding to a full-blown, bone-shaking thunderstorm. You may know Lime Rock like the back of your hand but, under full wet conditions, it's an entirely different beast as treacherous puddles pool up along the track waiting like wet land-mines to blow you into the barriers. 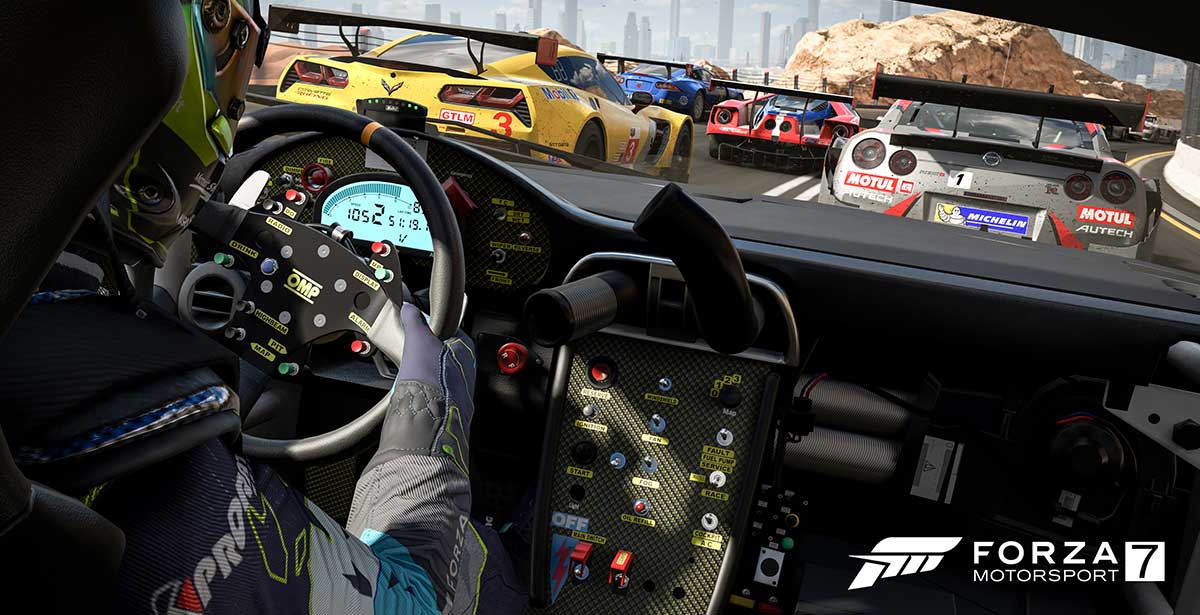 Much like the cover star, the gorgeous 2018 Porsche 911 GT2 RS, Forza Motorsport 7 is packed with horsepower. With over 700 cars to choose from, Turn 10 hasn't skimped on providing the player choice. Spanning from the early days of Formula 1 in the 1950's to modern day Indycar, almost every car you would love to drive will almost certainly be here, or at the very least there'll be a variant. Fancy muscle? There are over 30 of these unruly American monsters on offer. How about Formula E? The entire grid line-up is here! For car choice, there is simply no contest.

So how do you get your greasy paws on these beauts? Well, no longer can you just walk into the dealer and pick up a car as the new progression system charges the player with increasing their Car Collection rating. Broken up into five tiers, each tier unlocked will offer up rarer cars, which in turn bring home higher rewards. In order to progress to a higher tier, you'll need to earn those precious credits or increase your driver level for a reward payout that now offers up the option of cosmetic driver gear, a car or credits as the spin-to-win system says goodbye. It takes a while to get used to and, initially, I found it a bit of a pain. However, the reasoning is sound as the game wants you to experience as many of the vehicles on offer before you climb into that McLaren P1 GTR for good. 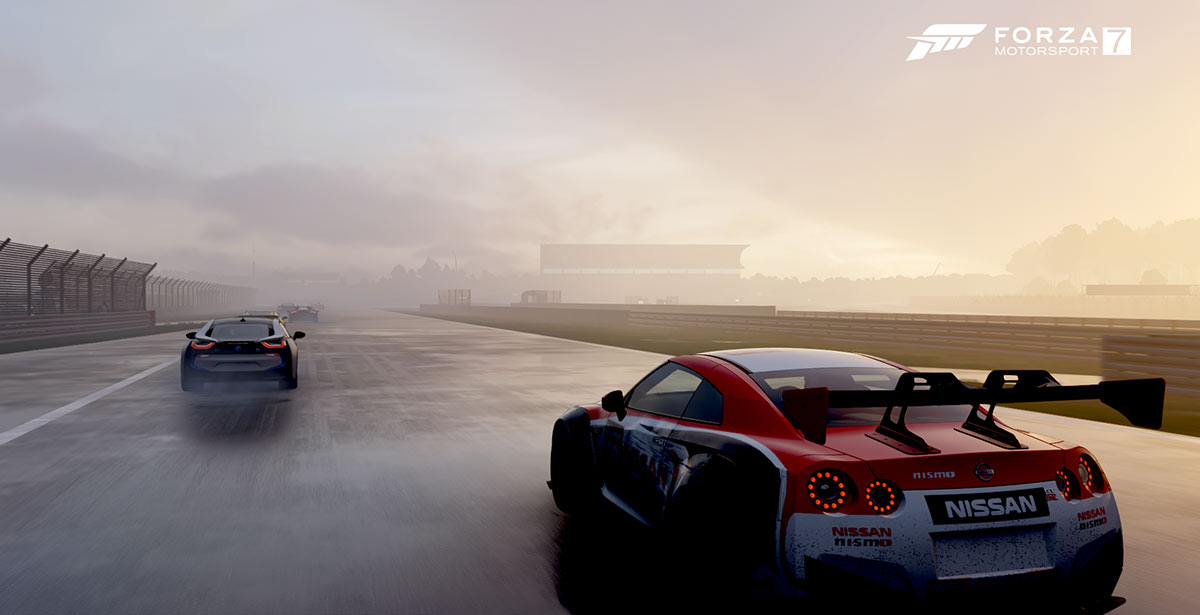 There is even less to fault when it comes down to the real brass tacks of this thoroughbred racer; the racing is utterly sublime. On a controller, cars feel varied and meaty. There is enough feedback to allow you to carefully straddle the line between a drift and a spin-out but enough give to allow you to botch up the occasional corner. Drivatars make a return, this time kitted out in unlockable gear so it's no longer a clone race, and for the most part fair quite well during single player races. Occasionally, I found myself having my tail swiped out from under me during more aggressive overtakes but it's nothing to write home about. Out of the box, things are a little too easy, but a few tweaks to the difficulty and handling models will have seasoned racers pushing to shave split seconds off their lap times. Add in the returning mod system and you will find more than enough of a challenge to keep you occupied.

Mods drop alongside cars and cosmetic gear for your drivatar from a prize crate system and, having spent some time with the system, I find this to be the game's biggest downfall. Previously, mods were used to increase rewards for racing under specific conditions stipulated by the mod card. Many of these mods were unlimited use, meaning you could bank on them to double or even triple your rewards and it was a system that worked incredibly well. However, the limited use of these cards in Forza Motorsport 7 means you need to keep a constant supply running. How do you get these mods? Prize crates, of course! How do you get prize crates? Credits of course! A vicious cycle can develop here but in reality, if you just play the game without the cards you can still progress at a reasonable rate and I found it had little impact on my experience. (Ed - I think there are plans to revert this to the older model soon given the backlash) 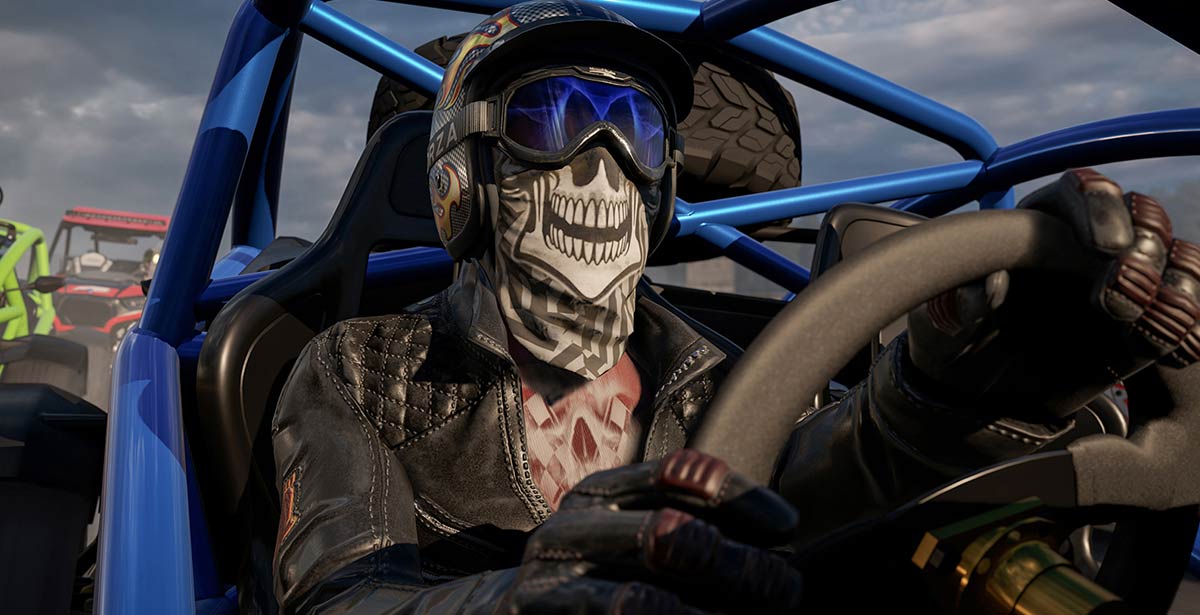 Forza Motorsport 7 presents itself exceptionally well. It's edgy without being in your face about it, handles like a dream, and invites you to return to collect a few more of the 700 cars on offer each time with diverse and varied gameplay. Beautiful and accessible, it is a milestone for the series and one I can see myself putting infinite hours into in the quest to be the best. Given the daunting line-up from its competitors releasing around the same time this year, Forza Motorsport 7 stands a comfortable chance of claiming the title and nailing its place as one of racing's greats.

Dynamic weather to die for

The best Forza Motorsport to date 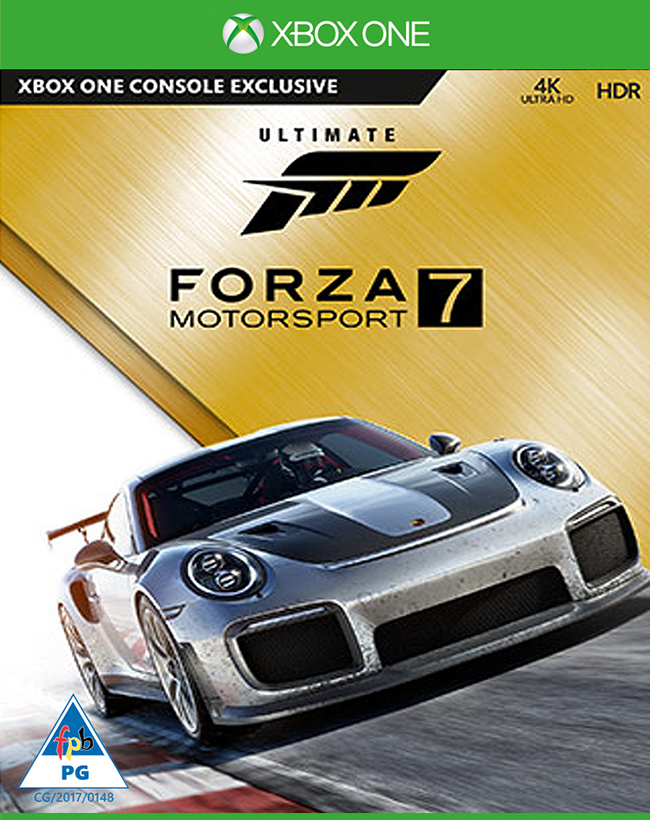