Movie events/things that makes you wonder...

Now, the thing I don’t get from the Star Wars movies, look at the alphabet, their alphabet don’t look anything like the English alphabet. The Star Wars alphabet main consist on symbols.

Now why do they name their planes and vehicles after letters in the English alphabet ? 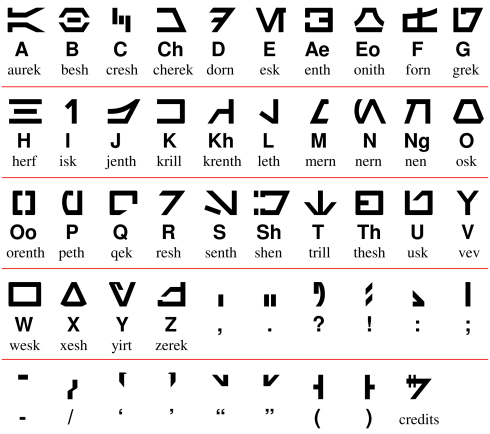