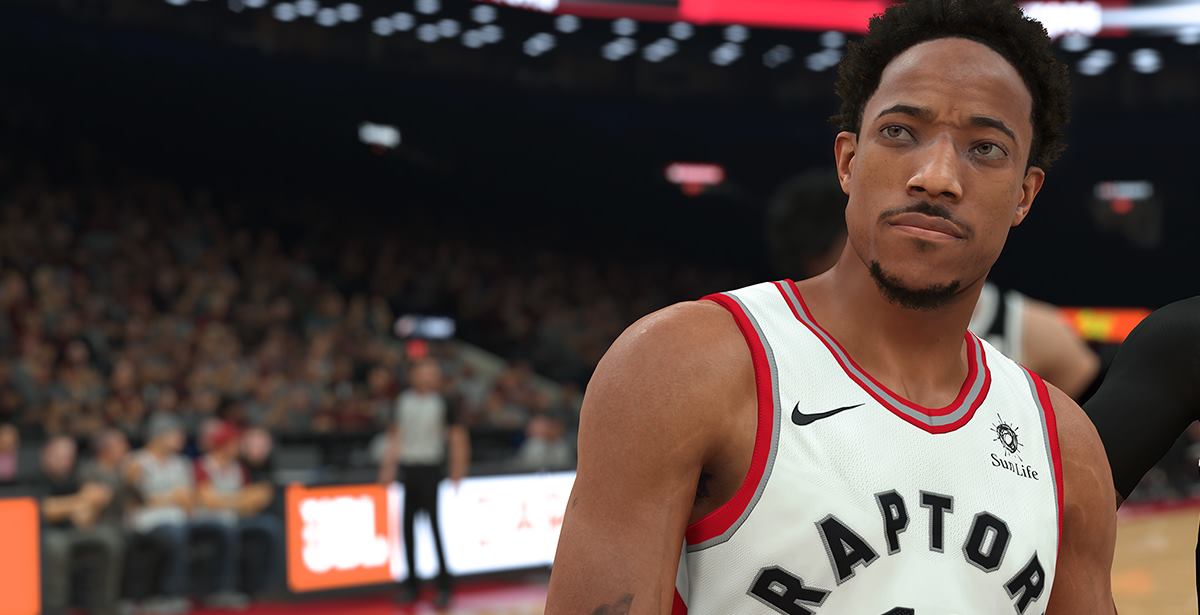 Every single year I say it, there’s one sport game that is light years above the rest, and that is 2K’s NBA game. In terms of production value, commentary, visuals, gameplay, modes and other options, there is little that comes close to the quality of this franchise. With sports games, though, it’s always a bit tricky. Each year represents the much complained about “annual release” which also means that there are, at times, only limited improvements. That runs the risk of a game subsiding and resting on its laurels. NBA 2K18 is officially out, but which way does the tip-off go?

Note: this review follows on from my “review in progress” from last month. I have since played a LOT more of NBA 2K18 and can add to the information I provided at that point. 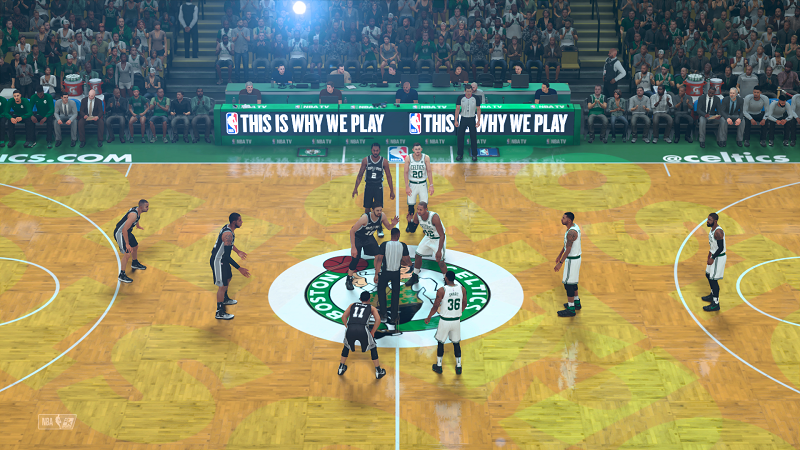 Right off the paint, there are a few things noticeable. First, is that NBA 2K18 is, somehow, even better looking than NBA 2K17. It’s becoming redundant in reviews on the game so let me not harp on too much about it, but if you were concerned about a lack of upgrade in this department, rest easy knowing that the sound, music, visuals, animations, production value, presentation and aesthetics of the game as better than ever. One more thing – the commentary still amazes me. It’s fluid, to the point, and never repetitive. FIFA and PES, please take note.

Getting the career Grind on 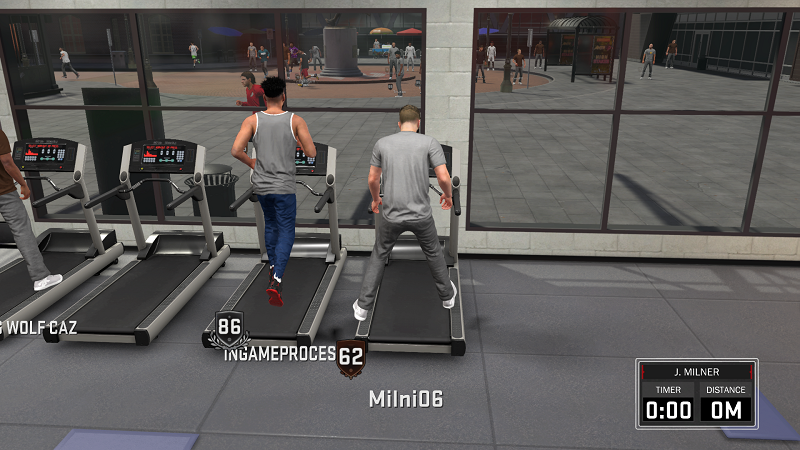 MyCareer appears to have a slightly different approach this year. Thankfully it’s not another “rags to riches” story (though they were good) where a player goes from a ‘nobody’ to a draft pick by his dream team. This time, it’s a bit more to the point with your chosen player, DJ, entering the big leagues through a Jordan tournament initiative. There’s no slow burning here as you get straight into the action as a rookie signing for the season. From there, you get to explore the mode’s new social hub, which includes a number of activities from dunk competitions to arcade games, competitive modes with friends to social interactions with strangers (and vice versa). Everything is integrated in one sandboxed world.

MyCareer is a bit of a mixed bag. The social interactions and story tie-in keeps things interesting as DJ tries to make his way to the top of the rankings. Upgrading skills by training through numerous drills, or heading to the gym, or gaining endorsements all aim to improve your status. The actual basketball sections in MyCareer are as great as ever and upgrading your character’s attributes is worth managing closely if you want to improve.

Here’s where things get a little sketchy. To upgrade your skills, buy clothing, shoes or to even get a haircut you need in-game currency called VC (virtual currency). Just about everything ties into this currency (even other modes). Getting it is not easy, and actually starts to feel like one hell of a grind the further on you get. There’s a complete lack of balance between throwing microtransactions in your face to speed up the process, compared to the usual method of playing through the game. The balance is further out of place considering just how high the pricing is, meaning that if you want to increase your attributes anywhere near a top player’s abilities, you’ll be playing for a long time. 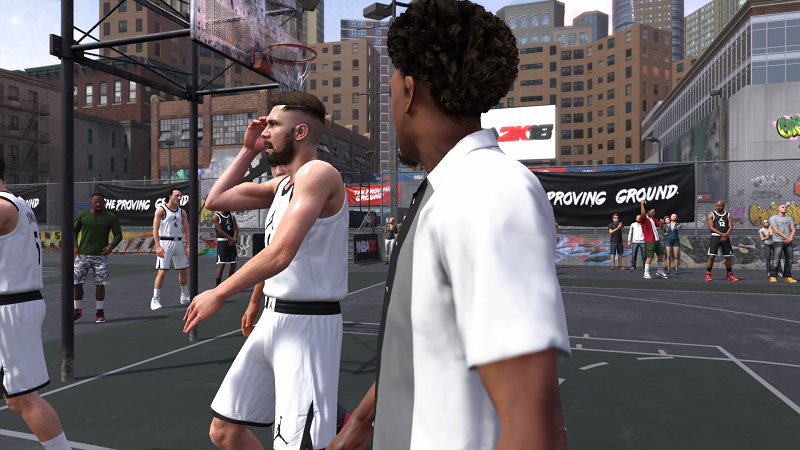 With the tagline of “Road to 99” being the main aim for your player, i.e. to become the very best, you might think that playing for a long time isn’t really an issue. Truth is, at times it just feels like one big slog. To date, 2K have updated the costs somewhat, making it a bit easier to progress, but it needs to be reduced considerably more for me to really want to bother to get to 99. MyCareer has been the highlight of the past few NBA 2K games. This year, while it feels like there’s been a lot of focus there, I can’t help but feel there’s something just missing in it, making it less fun. 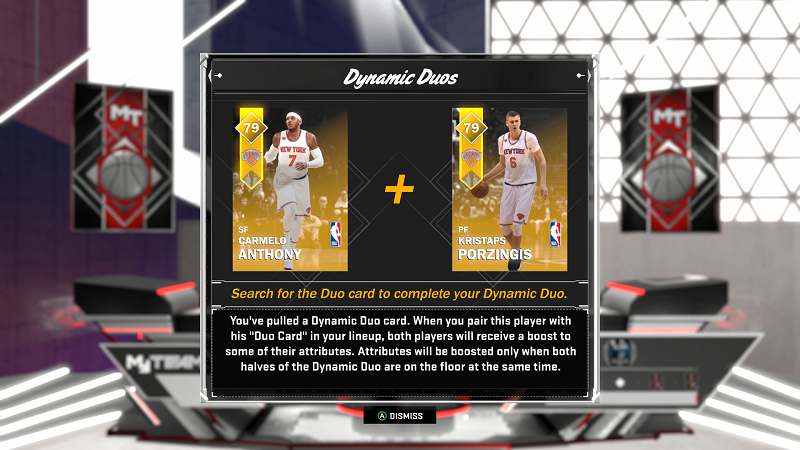 MyTeam is truly where the action is for me this year. The idea of opening packs of players, finding combos that work best, linked with the best coaches and playbooks is incredibly detailed and engaging. It’s not easy building a team, and earning coins or MyTeam points to get new players or packs, but the challenges that have you earning them are excellent.

While there is the option to take on the other NBA teams, there are also challenges which are set out based on events in the NBA’s history. Winning games from behind in the last quarter, or preventing a last minute 3 pointer are just some of the examples. Each one has an extra challenge condition, and later on there are line-up requirements to make it a bit more difficult. Overall, though, MyTeam is a fantastic mode that keeps you coming back for more and more. Added to this, there will be weekly updated challenges based on the real life NBA and other scenarios. Complete the challenges for the week and you can earn extra rare cards.

There’s something exceedingly gratifying about building up a team, earning currency and opening packs. It feels like the ultimate in strategy as you attempt to build the best team you can. Throw in extra options like Dynamic Duos where players boost each other if on the same team, and you have a massively complex (yet accessible) game mode. 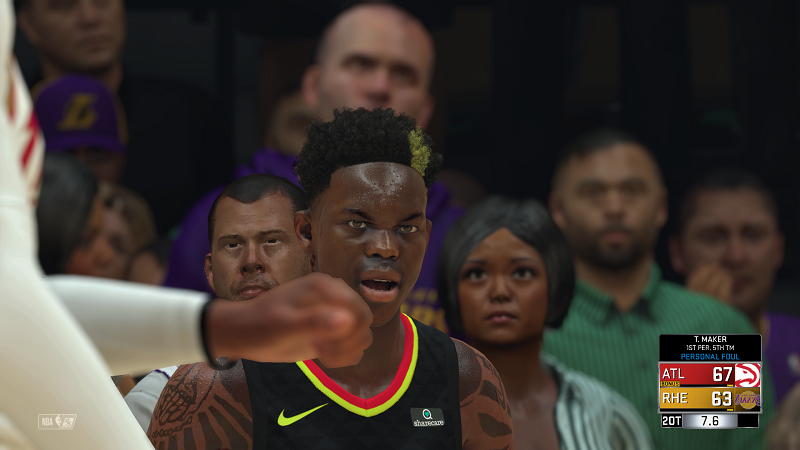 MyTeam is the perfect place for newcomers to start. It compartmentalises the action for you and at the same time teaches you the rules, skills and other abilities which are key to being successful in the game. It also has single player and multiplayer challenges, meaning there is something for everyone in it.

Also new in MyTeam this year is Packs and Players, which is akin to the “draft mode” in FIFA’s Ultimate Teams. Here you get to select top players in various positions and take on a number of other teams in a set of matches with great prizes for getting through with all wins. The rewards make it even more worthwhile, and it’s a great addition to the game. 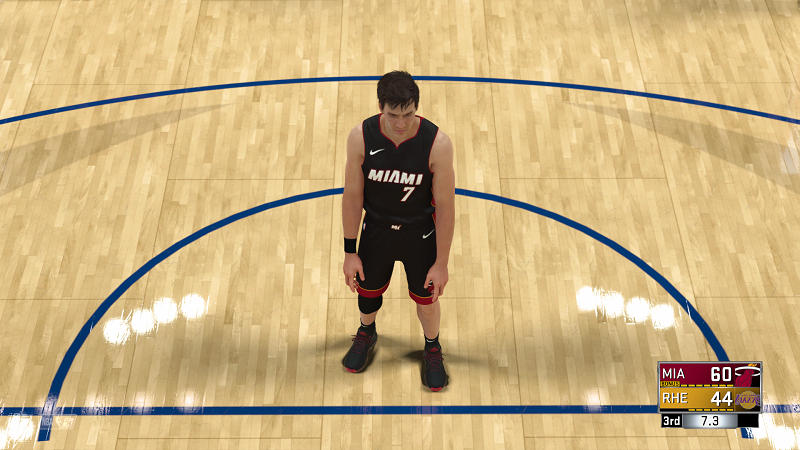 NBA 2K18 comes packed with modes once again. If the mainstays of MyCareer and MyTeam don’t quite do it for you, there are your run of the mill online challenges and modes to try out, as well as standard exhibition matches and the always excellent Blacktop (Streetball) mode.

The ever impressive MyGM returns and is more in-depth than ever and will take a chunk of your time as you head for the NBA Championships with your team. MyGM is really one of the greatest “career” modes in a sport game to date when you put together the unbelievable production value that comes packaged with NBA 2K18.

Lastly, 2KTV returns and is as polished as ever. It’s a great place to learn the game, get tips from the devs and watch interviews with some of the stars of the game, all while waiting for your match to load. 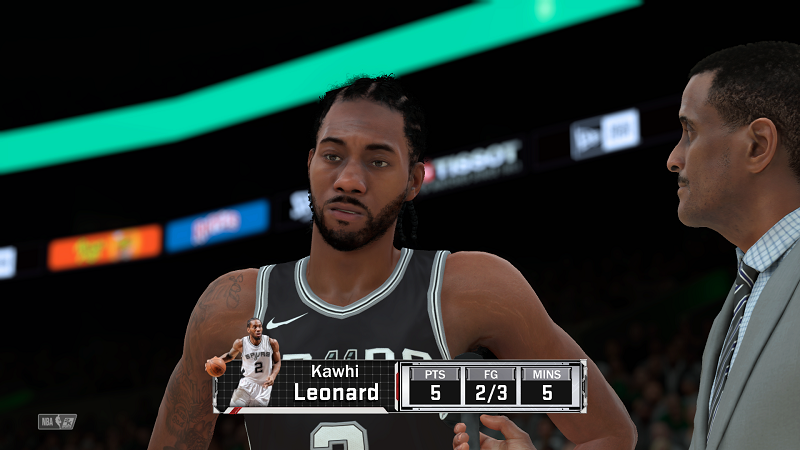 Where it really matters, NBA 2K18 is yet another solid outing for the franchise. It takes all the best elements and refines them like never before. MyCareer is a bit hit and miss, and the microtransactions and long loading screens are somewhat of a disappointment but they don’t really detract from the rest of the game.

With MyTeam and MyGM providing hours of unique, solid gameplay, strategy and pure awesomeness, together with the ever (somehow) improving visuals and animations, NBA 2K18 is the most accessible, most impressive NBA 2K game to date. How will they top it next year? Who cares? Get this now if you haven’t already. 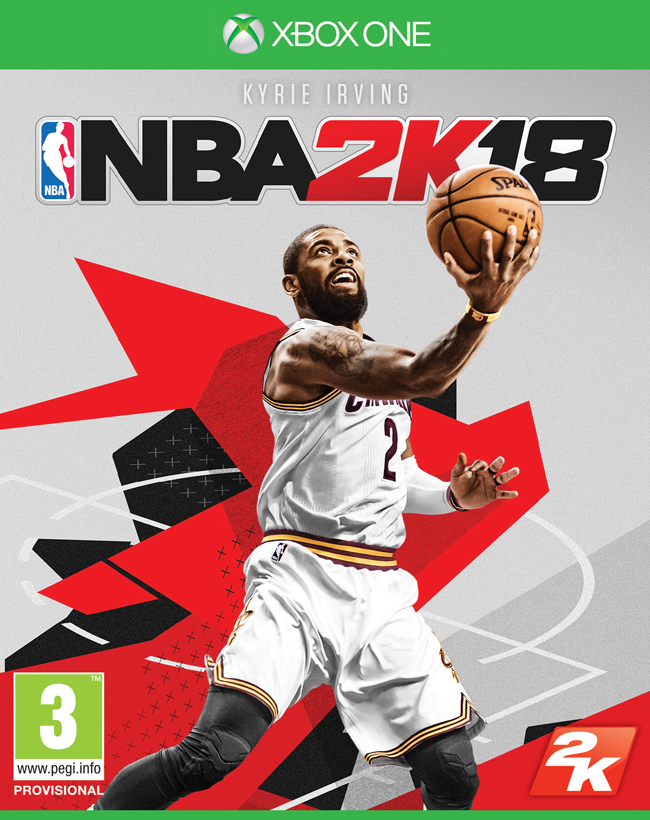