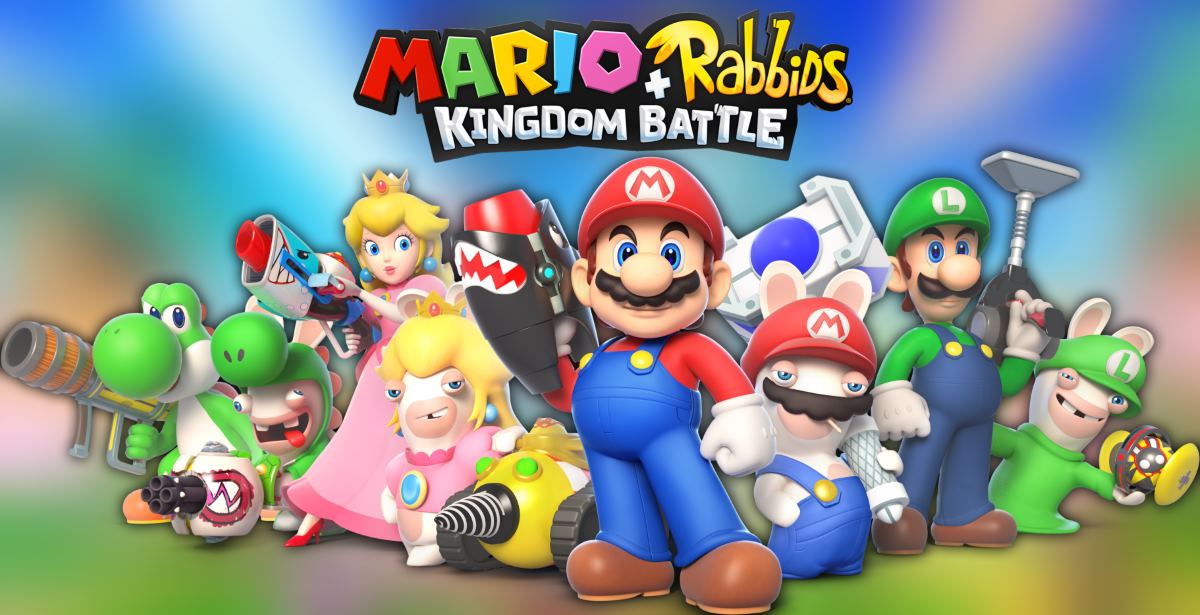 Let’s face it, very few of us were even remotely excited when rumours started to surface suggesting we would have Mario and friends collaborating with the Rabbids and their over-the-top humour. With that said, we soon took it all back after seeing the first gameplay footage of the crossover earlier this year. Mario + Rabbids: Kingdom Battle merges the often irritating antics of the Rabbids and balances it with Mario and the Mushroom Kingdom in an exciting, vibrant and substantial turn-based strategic battle mechanic.

Don’t let the light-hearted and colourful exterior of Kingdom Battle lead you down the wrong path. This is a highly challenging game that starts with a basic learning curve and then tosses you into the deep (and somewhat twisted) end of tactical combat. Mario and friends, along with their flamboyant Rabbid doppelgangers, are guided through familiar surroundings by a charming robot assistant called Beep-O. In your team, each character has a unique skill set that may, or may not, work in conjunction with the rest of the squad. Mario has a balanced skill set while Rabbid Peach is a healer. Luigi is better suited for long range attacks and Rabbid Yoshi has a useful Triple Dash.

Kingdom Battle encourages you to mix and match with different team members to obtain the best option for a given level. Enemy skills evolve at a rapid rate and your shooting, covering and flanking techniques need to improve at the same pace. 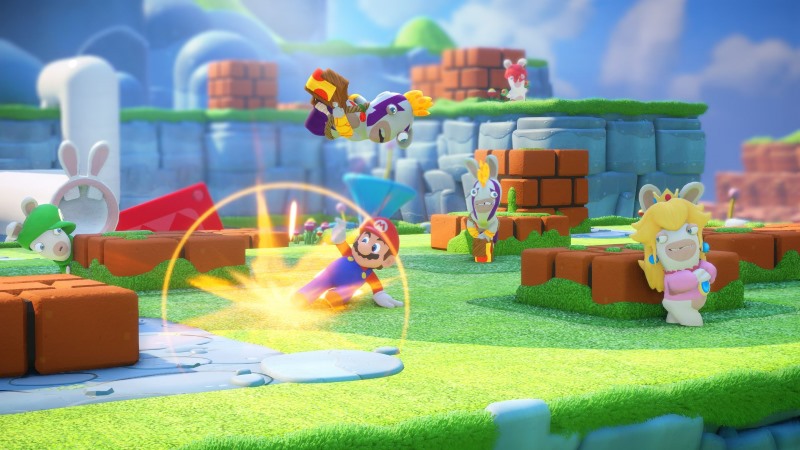 As you progress you are able to update your projectile weapons, as well as skill sets per character. A standout gameplay feature is that individual team members can navigate, attack and use their special powers in one turn. You could choose to have Luigi springboard off Rabbid Yoshi, perform a dash attack, escape through a pipe and take cover; perform different actions with the other team members and then return to Luigi to perform an attack.

There are numerous aspects that need to be considered throughout each turn and if you manage to overlook just one of them, chances are you aren’t going to make it. Taking cover while still having your enemies in firing range is just as important as setting up team members for an almighty attack.

Some levels require that you perform specific tasks in order to complete the mission. This ranges from escorting Toad or Toadette over an enemy filled terrain to getting one of your team members to a specific area of a stage that continuously spawns numerous foes. On occasion, the level has an additional obstacle such as a wild Chain Chomp or a ravenous tornado that disrupts what you thought was good tactical placement.

Each world in Mario + Rabbids has a tough, yet charming mini-boss and boss levels testing the way you tactically use the abilities you’ve collected up until that point.

While Mario + Rabbids: Kingdom Battle steers Mario into a more aggressive, hand-cannon wielding direction the game manages to remain child-friendly. Younger players may find the overall gameplay daunting with no traditional difficulty settings but there is an option to activate an “Easy Mode” before a battle. This mode gives your team more health which allows more damage to be inflicted making often harsh scenarios accessible for all. 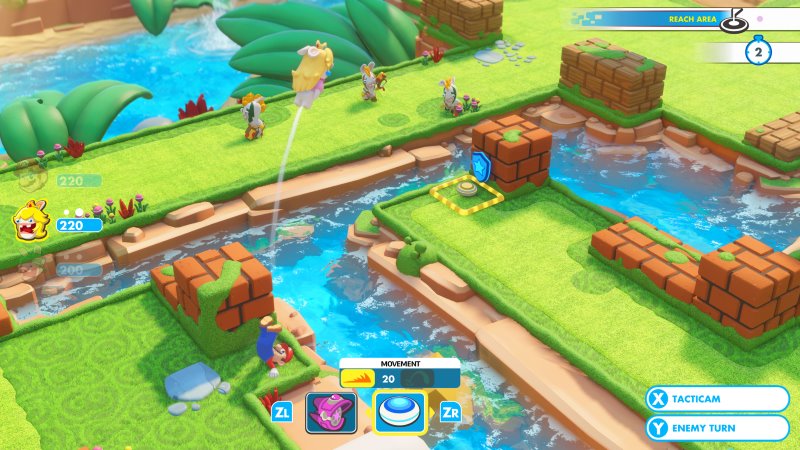 When moving from battle to battle you can explore your surroundings, solve basic puzzles and collect items that you can later access via Princess Peach's hub. You’ll occasionally come across a blue cannon that blasts you off to a mini bonus level where you can acquire more weapons. In these timed levels, the camera is locked and movement doesn’t flow nearly as well as on the open world leading to a frustrating experience. Thankfully you can simply revisit these levels if you don’t complete it the first time around.

Like other Mario titles the red hoops return presenting 8 red coins that are scattered around the field and need to be gathered in a short time period. After completing a world you are rewarded with a new exploration ability which entices you to revisit and explore previous environments for more unlockables. There’s plenty to take in while composing yourself before and after a challenging strategical encounter.

Local multiplayer offers a variety of co-op missions where you switch between two teams with a friend. This makes for fun in-game strategising where you’ll find yourselves barking commands to each other to come to the best method to conclude the level. The use of the two joy-cons is well implemented and while there is no doubt the Kingdom battle is a predominantly single player experience the option of having a couch co-op feature is admirable. 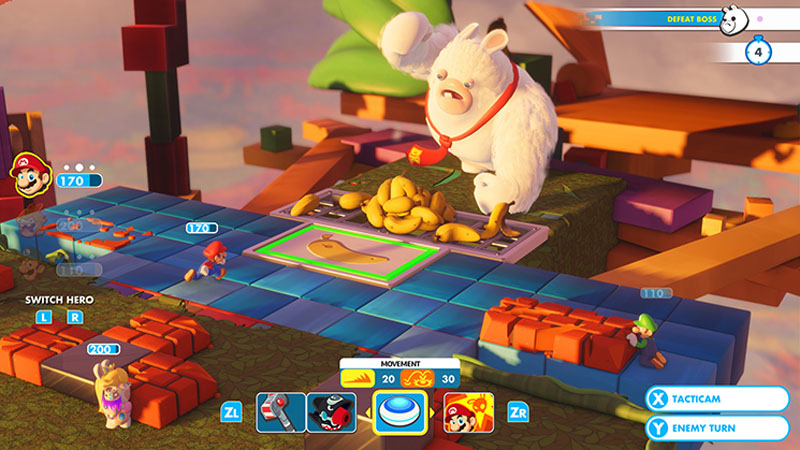 Mario + Rabbids: Kingdom Battle manages to not only combine two very different franchises in what most thought to be an impossible manner; it also offers an accessible yet demanding and deep experience where no matter how difficult things may get, it remains an absolute joy to play. Yes, the Rabbids are as annoying as you would think but they offer a perfect balance in the Mushroom Kingdom and combined with elements from the Mario franchise present a fresh new experience that simply ‘works’. The partnership between Nintendo and Ubisoft has resulted in one of the best Mario titles in recent times. Who says risk doesn’t have its rewards?

Coffeboy
when is it released ? 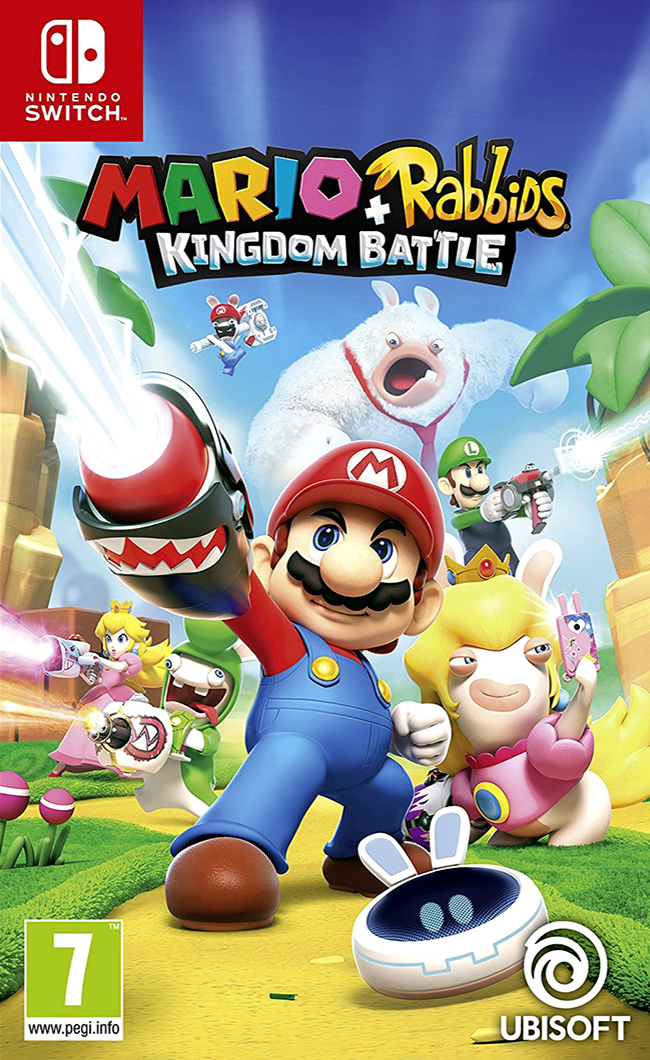