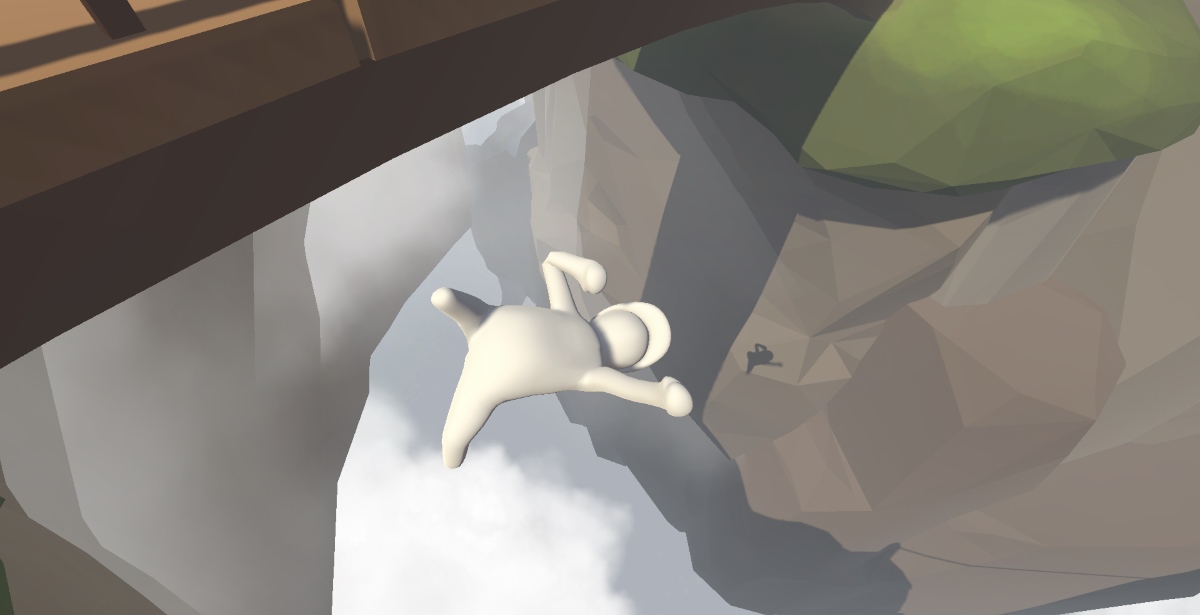 Developer No Brakes have created a physics puzzler that requires patience, timing and an appreciation for the development process of games in general. Human: Fall Flat is as progressive as its title sounds, providing a unique experience that lends itself perfectly to the Nintendo Switch and its on-the-go functionality.

You play as ‘Bob’; a human-like clay figure that is tasked with navigating their way through numerous obstacles and environments. The concept is simple - make your way to the end of primarily platform-based levels and solve some puzzles along the way. Executing this mission, however, will change your idea of the game's notion altogether. Your trip from point A to B is, for the most part, dictated by how you manage to control Bob throughout the level.

Bob starts off the adventure by awkwardly wobbling along at a snail’s pace while being able to clumsily hop and hold onto objects found in the environment. In the beginning, everyday, mundane actions such as flipping a switch or opening a door will be a challenge. Each trigger button acts as one of Bob’s arms. You can lift his arms to pick up or move objects. The mechanic takes a while to get used to but once you’ve wrapped your head around it you quickly forget that once you were frustrated by simply bending down to pick something up. 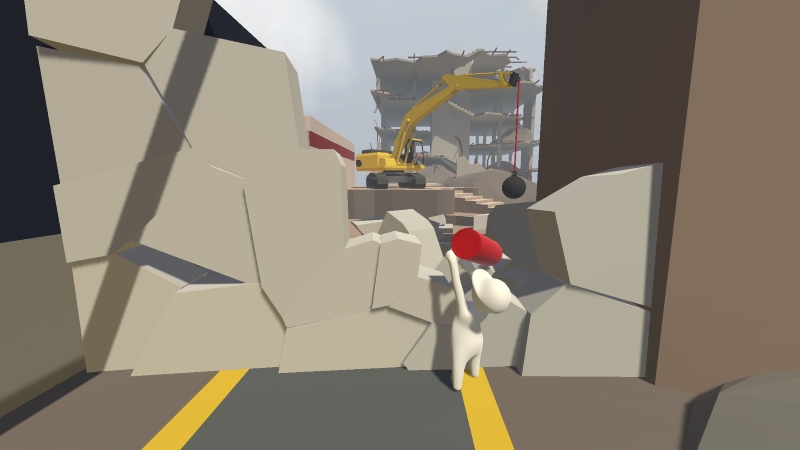 Once you’ve become accustomed to Bob and his mediocre abilities you’ll be able to shift your focus over to the environments and background music which may not seem to but provide a crucial aspect to how players perceive the game. Objects and environments are rendered to the absolute minimum. The more confined spaces are largely made up of greys and whites with the sporadic object of interest standing out with a clashing colour. The more open, natural spaces add to the pallet but remain shaded to an absolute minimum. This may sound rather uninspiring but plays an important role in emphasising the mood of the game.

Likewise, the audio in Human: Fall Flat brings everything to an instant halt, even in the most frantic of situations. You could manage to cover a great distance by swinging across a large gap, pull off your tough landing and be rewarded with… truly mundane, uninspiring tunes that feel like they’re just telling you to get on with things. If you fail, however, you fall into nothingness and land back where you initially fell short; providing a sense of helplessness and tragic limbo. It’s uninspiring, unapologetic and absolutely brilliant. Sometimes, feeling down and out is the best sensation when done intentionally. 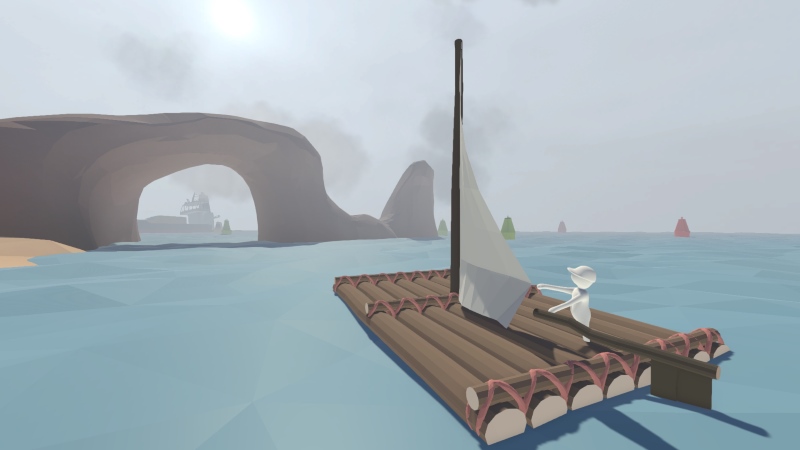 The general movements and steep learning curve won’t be to everyone’s taste but if you find a likeminded person to join for the game’s co-op campaign, you’re in for both an engaging and hilarious experience. Adding another Bob to the mix mostly provides two separate thought patterns which conflict the way in which you would approach your puzzles. All of a sudden you have another character in the way that is contradicting your idea of what the best solution would be. Something that would usually take a brief 15 minutes to solve now escalates into double, if not triple the duration. Once you manage to sort out your communication and teamwork most of the difficult puzzles in single player mode are now obtainable with far more ease. 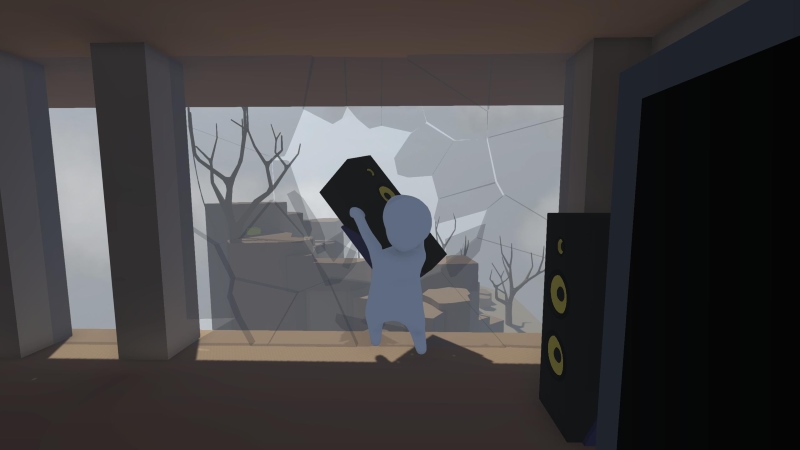 Looking back at some of the iconic slapstick satire in the past 50 years it’s easy to see why Human: Fall Flat will sit so well with a particular audience. Watching the demise and suffering along with a character’s awkward interactions not only makes us feel better about ourselves but allows us to recognise that our shortcomings often aren’t as bad as they may seem. It’s a very different outlook on the game but for me struck a chord on many levels. Your interactions delve deeper into the world of game development and help you to realise the many aspects that are often taken for granted in many modern titles. Yes, coming to grips with the control scheme will take you some time to get used to but the payoff is worth it, not only for a 6-8 hour single player campaign but a recommended co-op experience.