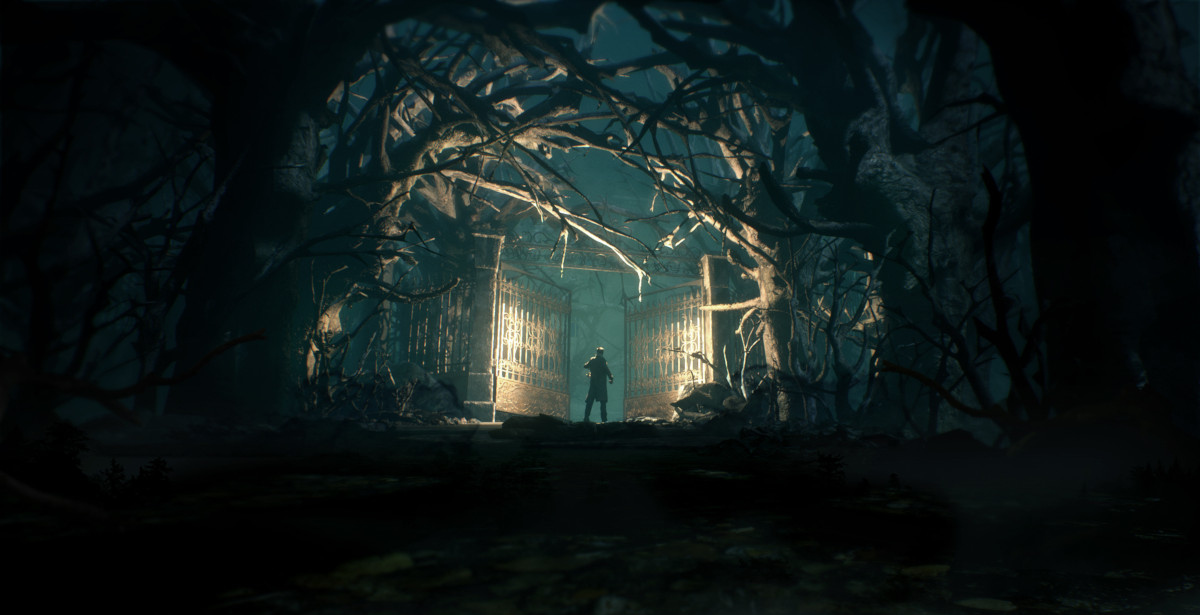 When a game begins its life at one studio and then jumps to another, that troubled development cycle, which Call of Cthulhu had, usually delivers a trainwreck. Call of Cthulhu started out with Frogwares - who, ironically, have their own Lovecraftian action/adventure game, The Sinking City, coming out next year - before several delays saw it been handed over to Cyanide Studios. Cue some more delays and finally Cthulhu emerged, squinting at the glaring sun.

Call of Cthulhu isn’t a direct adaptation of H.P. Lovecraft’s famous short story. Instead, it’s an adaptation of the pen-and-paper roleplaying game that was inspired by the Cthulhu Mythos. The game liberally borrows elements from the Cthulhu Mythos at large, with a scenario that was partly scripted by writers from the boardgames, and it incorporates a lot of the boardgame role-playing elements into its design. As with many Cthulhu adaptations, they've also drawn on the The Shadow Over Innsmouth short-story; a shadow many game designers and filmmakers can’t seem to get out from under. 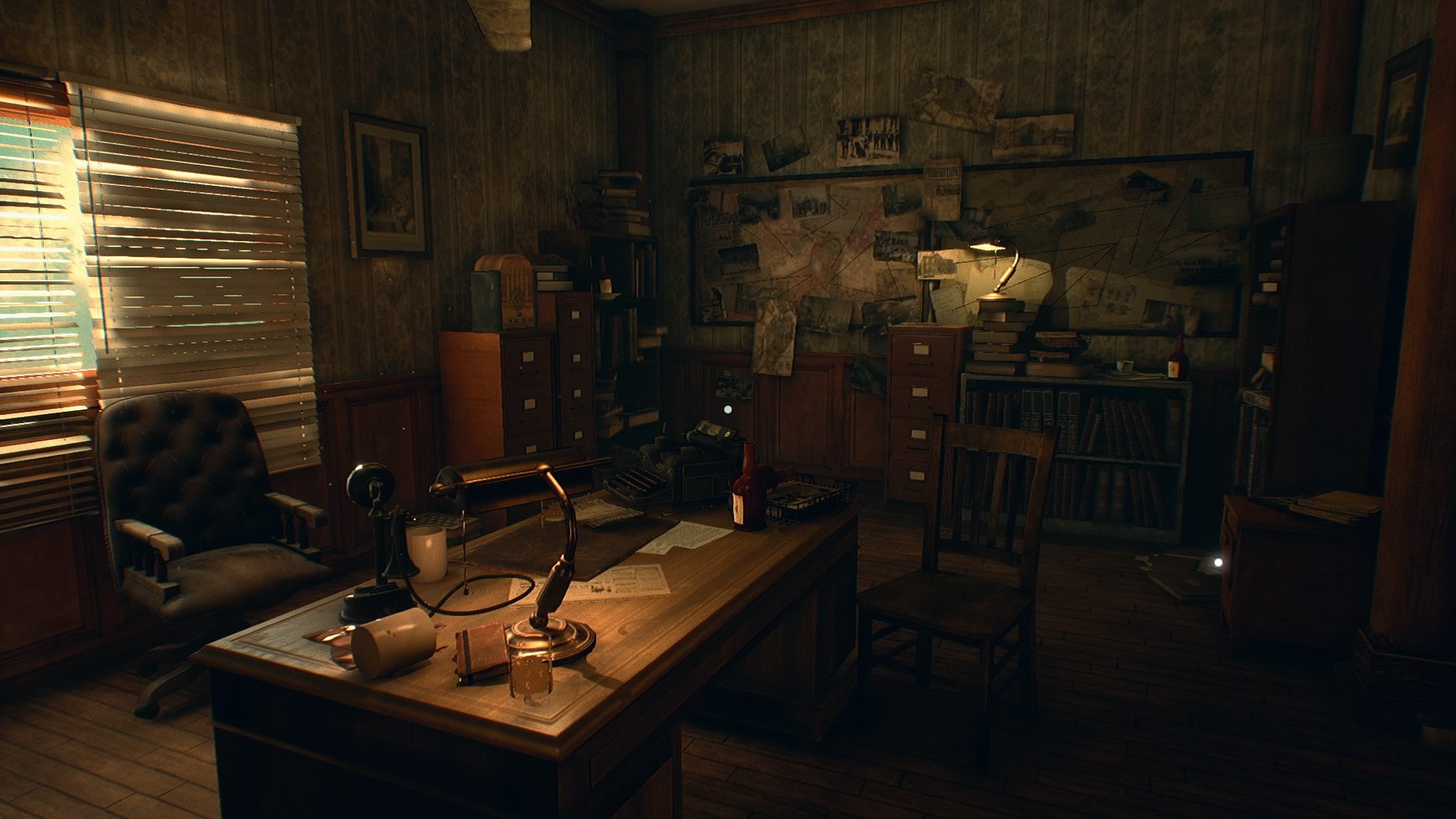 Players take on the role of Edward Pierce, a private investigator based in Boston, who has hit rock bottom. A former World War 1 survivor now suffering from PTSD, Pierce is a wreck of a man, content to spend his days working on drinking himself into a stupor, while occasionally spending a weekend following a cheating spouse. Threatened with losing his job, Pierce takes on the next investigation that comes his way and, don’tcha know it, he’d have been better spending the weekend with another bottle instead. Pierce is tasked with investigating the death of Sarah Hawkins, a famous painter of the macabre, at her family's estate on the ominously-named Darkwater Island. Sarah’s father believes that her death was not the accident that the local police have declared, and wants Pierce to discover the truth.

Call of Cthulhu - (CoC from here on out) - is an exploration adventure game of the point-and-click variety, rolled into a first-person experience. Players are tasked with progressing through the narrative by exploring locations to find clues, talking to people and, occasionally, solving a puzzle. 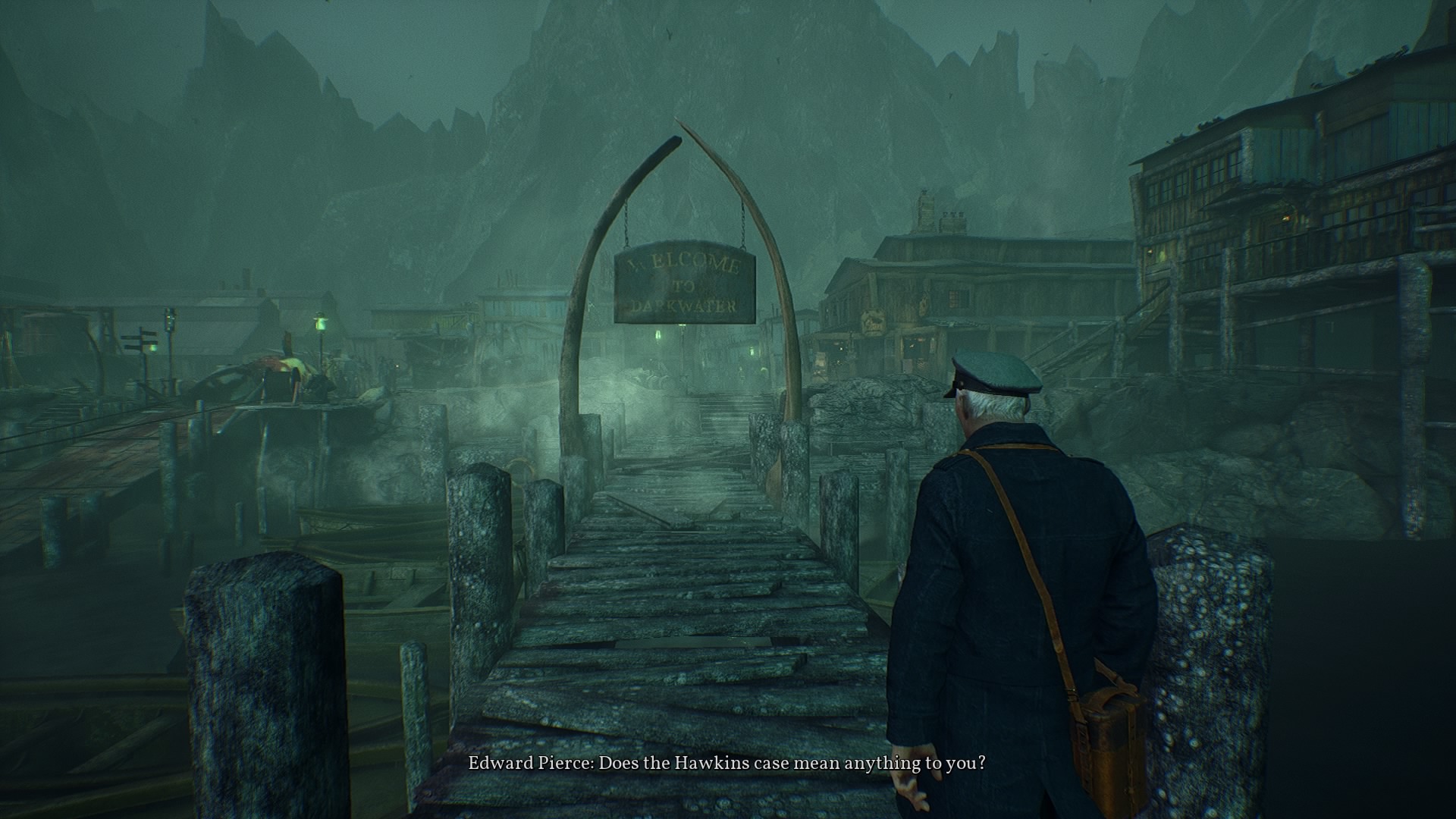 CoC wasn’t quite what I was expecting, I must admit. While I knew the game would be an updated take on the point-and-click adventure games of yore, I was expecting it to be an open-world title, or semi-open at least. Instead, CoC is level-based, separated into chapters to keep with it’s literary origin, and clearly shows it was in the lower budget end of the development spectrum. That said, some areas look better than others, and I do think Cyanide have done a pretty good job with the dough they had to play with.

Darkwater Island is an inhospitable crag of rock, just off the coast of Boston... Why anyone would settle there to begin with is easily one of the game's greatest mysteries.

Visually, the game exudes atmosphere, drowning most locations in a green hue in keeping with it’s abyssal theme, while the set dressing is period-appropriate and gorgeous to behold. Pierce’s office is wonderfully detailed, with an old radio playing period songs when switched on. Darkwater Island is an inhospitable crag of rock, just off the coast of Boston; all sharp rocks and jutting crags ready to impale anything attempting to come close. Why anyone would settle there to begin with is easily one of the games greatest mysteries. The Hawkins manor, towering over the island, is slowly morphing into a decrepit ruin; it’s darkened halls lined with books, paintings, and the wreckage of time, while it’s torn, moth-eaten curtains fail to keep out the light spilling in from its boarded up windows. 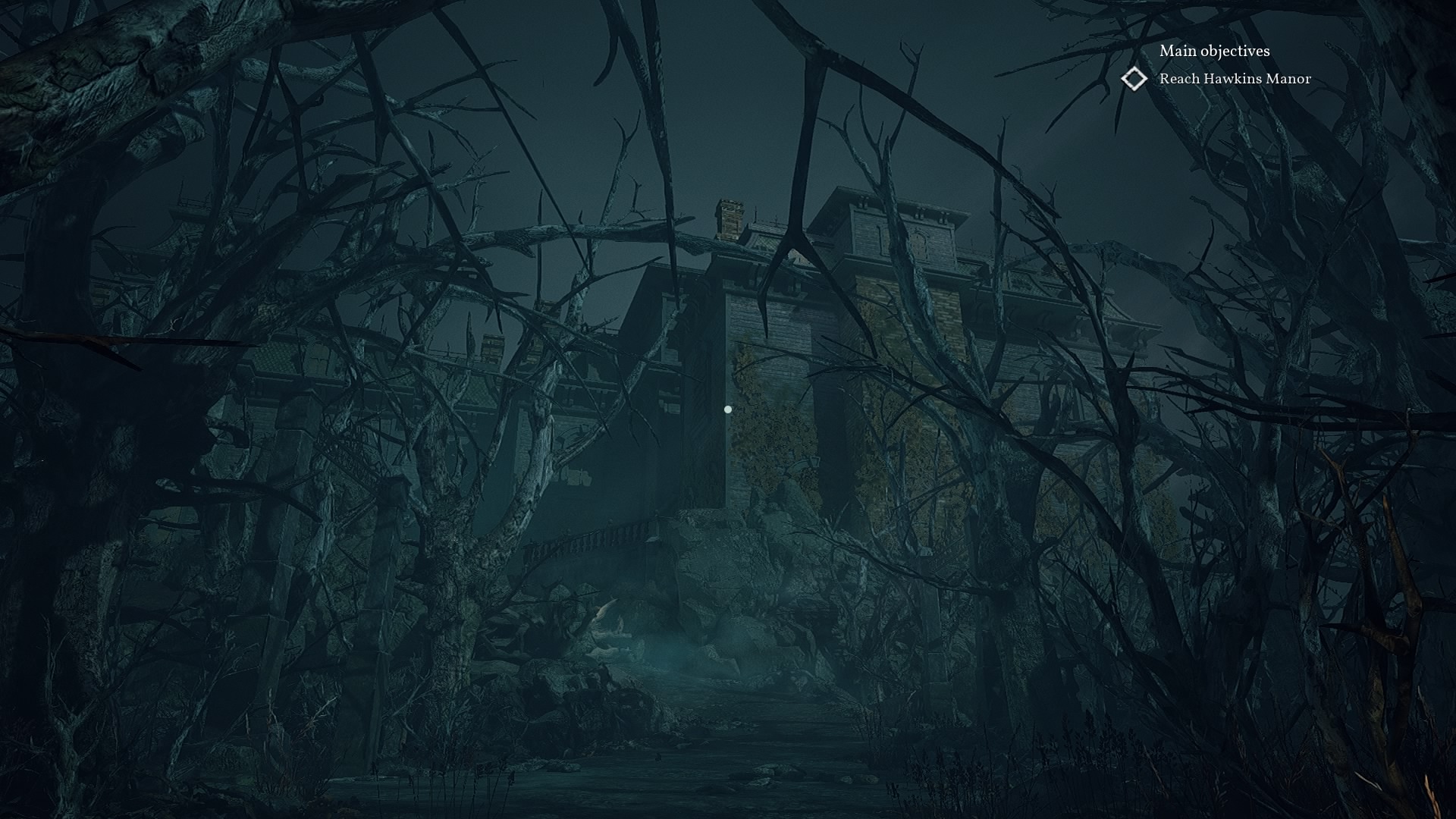 Throughout the 8-12 hour adventure, CoC oozes atmosphere and tension. The game's story is strong and, despite some snafu’s that muddy up one or two plot points, complements the aforementioned atmosphere to create a compelling experience.

Whether I was picking the harbour masters brain for information, or was not-so-nicely told to bugger off by the islands local gangster, the sense of characterisation was wonderful.

As with all point-and-click games, you’ll spend the bulk of your playtime searching locations for clues or talking to the islands inhabitants to discover more clues and tidbits of the island's history. These sections are easily the strongest in the game as I found it a joy to explore the diverse locations - scrounging for every little bit of collectible history and lore - while conversations give you a great idea of just who these down and out fishermen from Darkwater are. Whether I was picking the harbour masters brain for information, or was not-so-nicely told to bugger off by the islands local gangster, the sense of characterisation was wonderful. Officer Bradley, who unfortunately gets roped into your quest, became a firm favourite as the game went along.

Some RPG elements are folded into the mix, with Pierce’s skills taken directly from the boardgame. They include Occultism, Medicine, Eloquence, Spot Hidden, Strength, Investigation and Psychology. As you play, you’ll get CP points to invest in your skills, though Occultism and Medicine can only be infused with points at the start of the game; their level is increased by finding occult items and medicine books as you play. The bulk of the skills are designed to open up further conversation options with NPC’s that otherwise don’t appear at all in the conversation wheel.

Investigation and Spot Hidden tend to be the most useful. Investigation helps with your lockpicking skills which, if they aren’t high enough, results in you missing out on clues or an optional location to investigate. The higher your Spot Hidden skill, the more items you’ll find in the world. Some items won’t show up in game at all if the skill isn’t high enough. Looking through the games Trophy list, I could already see narrative elements that I’d missed because I hadn’t levelled that skill up enough. 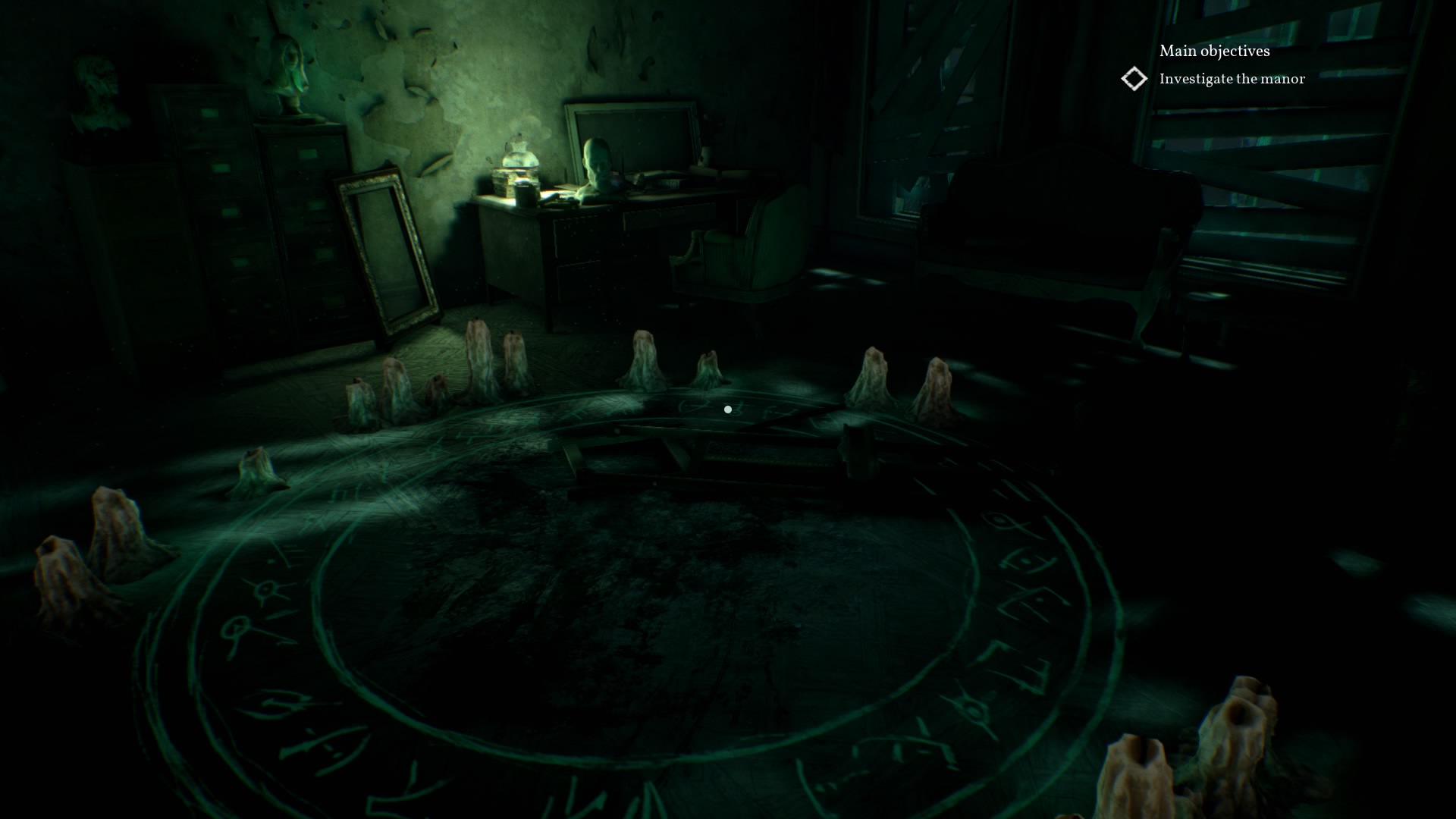 Theoretically, you get to build the sort of investigator you want, which creates some replay value for completionists. However, other than opening up more dialogue options and finding more items to help you unlock one of the games four endings, there isn’t enough depth here to drastically alter the gameplay. Occasionally, you’ll have multiple ways to reach an objective - such as bribing some fishermen to start a fight with the thugs guarding a warehouse, or to try the sewer system to find your way in - but these moments are few and far between.

The sanity system, which is a staple of Lovecraftian-inspired games, isn’t used as well as it should have been. Looking at something that your tiny brain wasn’t meant to comprehend blurs Pierce’s vision, causing him to spastically look around while some fish-eye effects come into play and he hyperventilates. These moments are story-related, rather than the slow descent into madness across the entire campaign that it should have been. It works well enough for narrative purposes - by the end Pierce looks like he’d be at home standing at a street corner proclaiming the end is nigh - but it feels like a wasted opportunity in a game whose tagline is all about descending into madness. 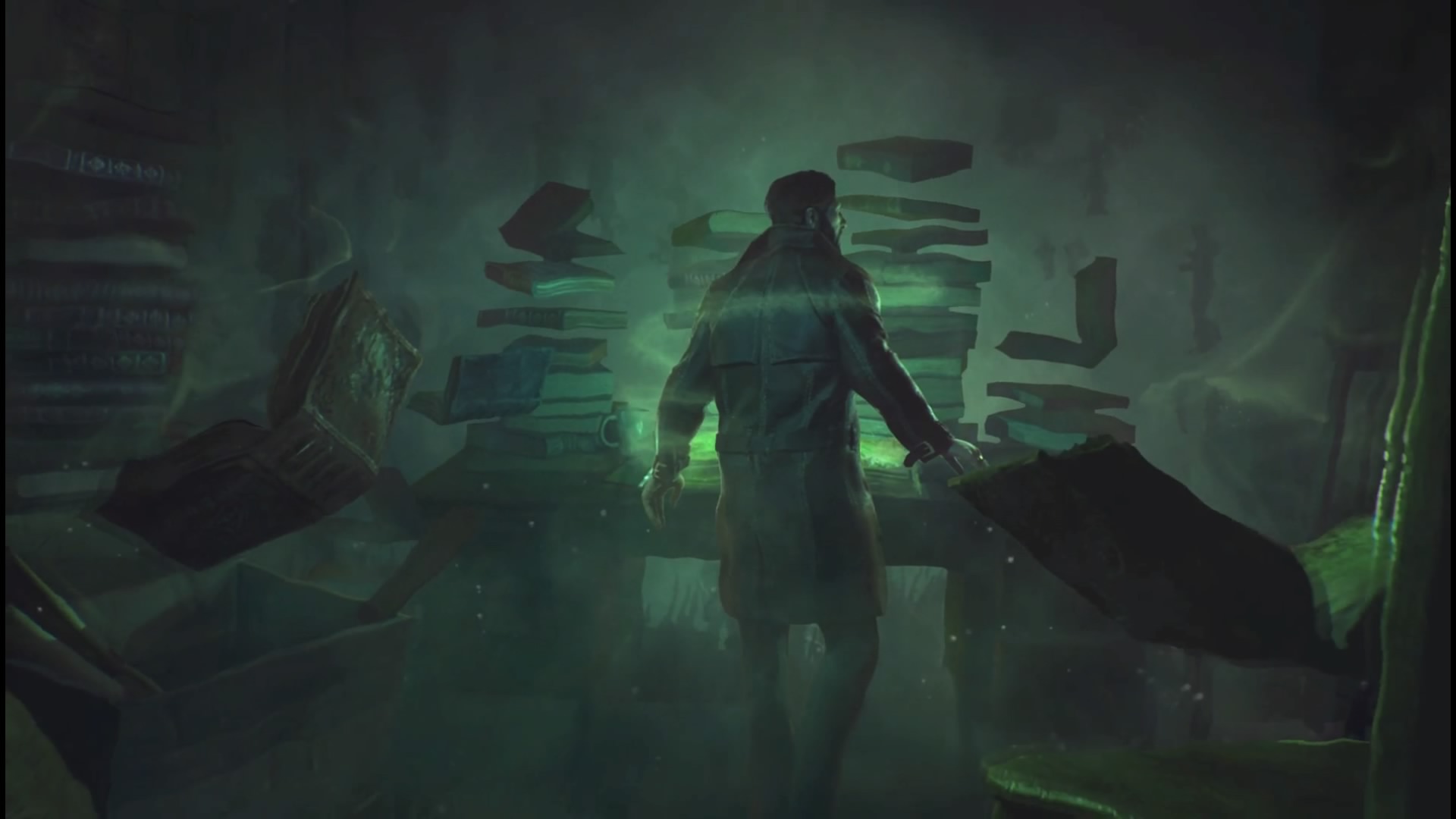 There are a couple of sections that provide a break from the standard formula. The first, a side-story about a Dimensional Shambler, is one of the games highlights that tasks you with “fighting” a creature you can’t see and which, even when you can, starts to break Pierce's already fractured mind. Another sequence, which has you navigating the hallways of a nightmarish version of a hospital while the light from your lamp slowly dims, is incredibly tense and is one of the few sequences that actually has you questioning what’s real or isn’t. The fight against The Shambler in an art gallery has been met with mixed reviews, but I really enjoyed it. It wasn’t particularly difficult, especially if you’ve been paying attention to what’s around you. It perfectly encapsulated the idea that mankind is ill-equipped to deal with reality as it really is.

The other two sequences, a stealth section and the games lone shooting section, are merely adequate at best. While neither is particularly difficult, they shouldn’t have been in the game. With no dedicated combat system to speak of, the shooting section was just a case of 'point in enemy direction and pull trigger'. The stealth sections were passable in their simplicity. 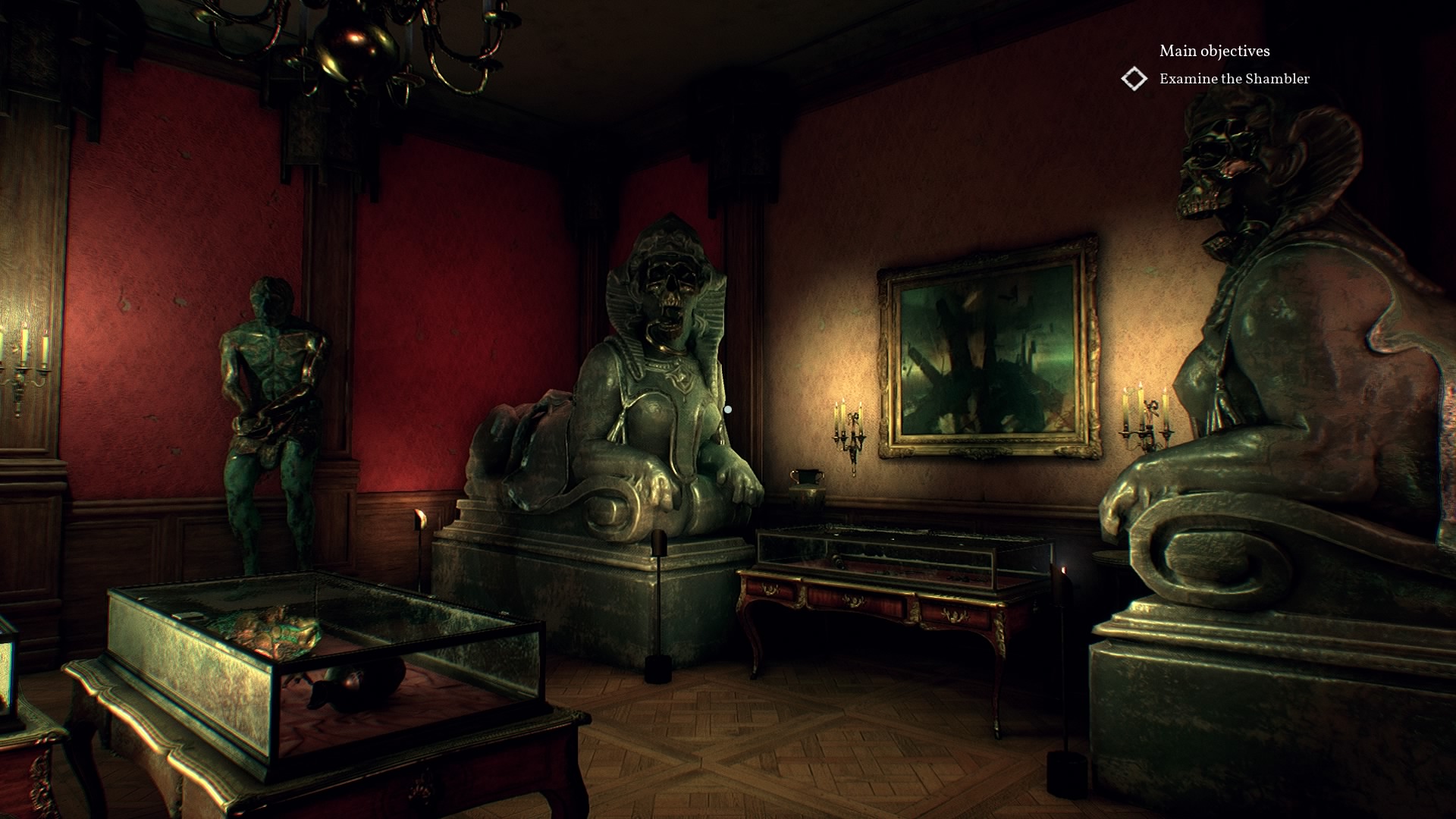 This brings me to the few problems I actually had with CoC. CoC is neither frightening, nor difficult, at all. There is a great sense of atmosphere but few actual scares and it feels as though the developers decided to focus on the narrative more than difficulty, as though they never wanted the players to be stumped or held up at any point in the game, so that the story could flow along smoothly. I'm in two minds about this. Unlike some games that pass repetitive grinding or bloated quests as value for money, I felt like my time was respected and that I could actually get somewhere. On the other hand, I was hoping for some devious, reality-bending puzzling to go along with the game's narrative themes.

The smaller budget also shows in the animation and voice acting, which ranged from great to so-so. At first, I was disappointed by Pierce’s voice actor, who didn’t seem to be making much effort, until I remembered that his character was already stumbling down the slow road towards suicide and his lack of concern for anything probably suited the character completely. But during the few moments where some emotion finally creeps into his performance, I was left wanting that sort of passion throughout.

There are four [endings] in total - with one considered “The Good Ending” - but they all felt equally underwhelming.

The final aspect that disappointed me was the game's endings. There are four in total - with one considered “The Good Ending” - but they all felt equally underwhelming. Thematically, they fit into everything that had come before, but they still didn’t clinch the deal in the way they should have, which is strange considering the strength of the story up to that point. Watching them, I got the impression that the devs had finally run out of money, which is sad considering that, despite some iffy voice acting and not quite synched lip-synching, the cinematic cutscenes, which I adored, were of a pretty high quality up to that point. Presumably, they had taken up much of the production budget. 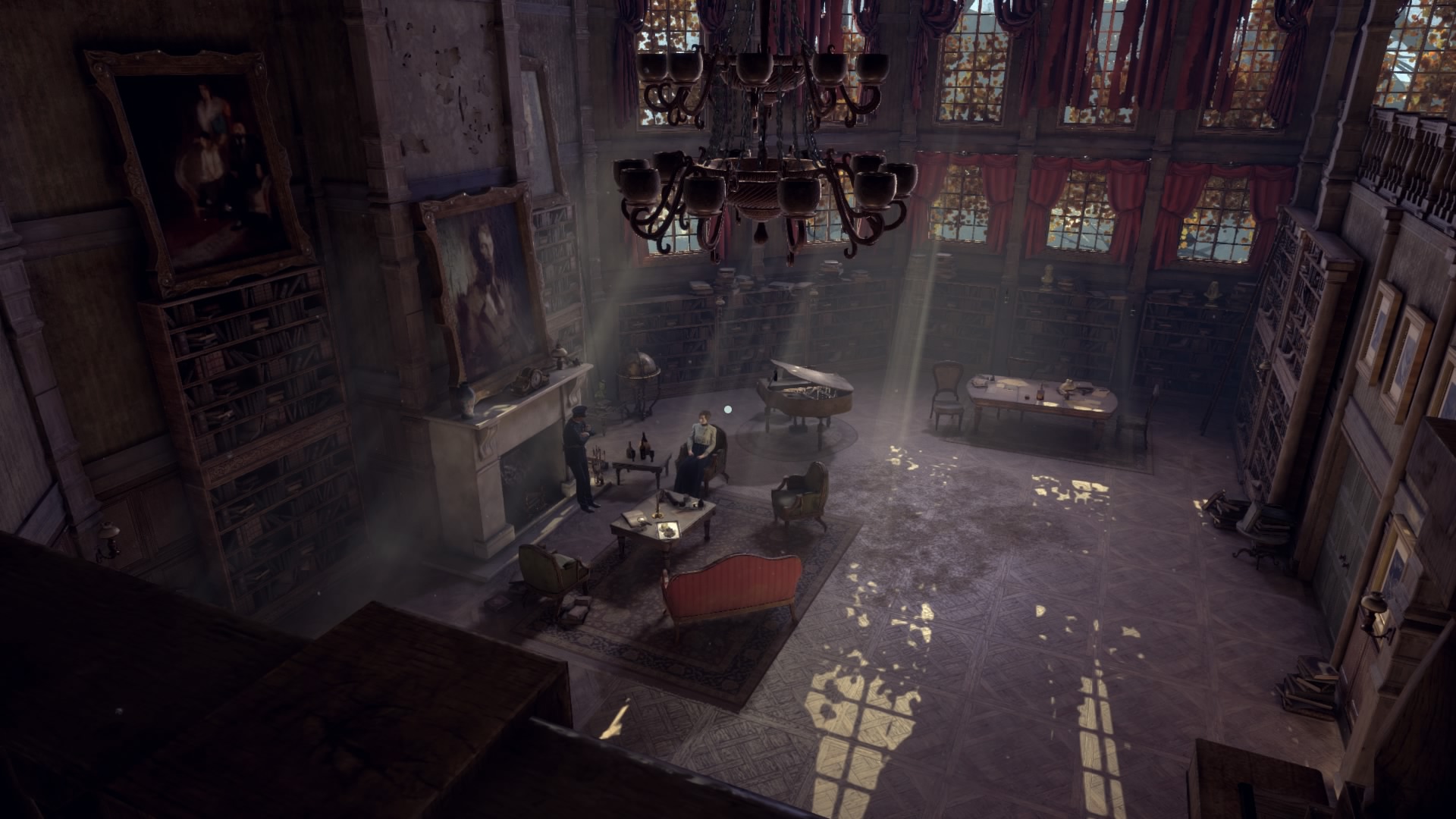 Call of Cthulhu is one of those games who's separate components are adequate, but the sum of its parts creates something greater. While I can’t say that it’s the best Cthulhu Mythos game to date, when I played it, it enraptured me, captured my attention from the get go, and compelled me to keep playing in large, breathless chunks of enjoyment.

For all its faults, I enjoyed playing it, and, ultimately, that’s what gaming is about.
8

The stealth and shooting sections

If RDR2 Was not consuming my life, I would have given this game a go. 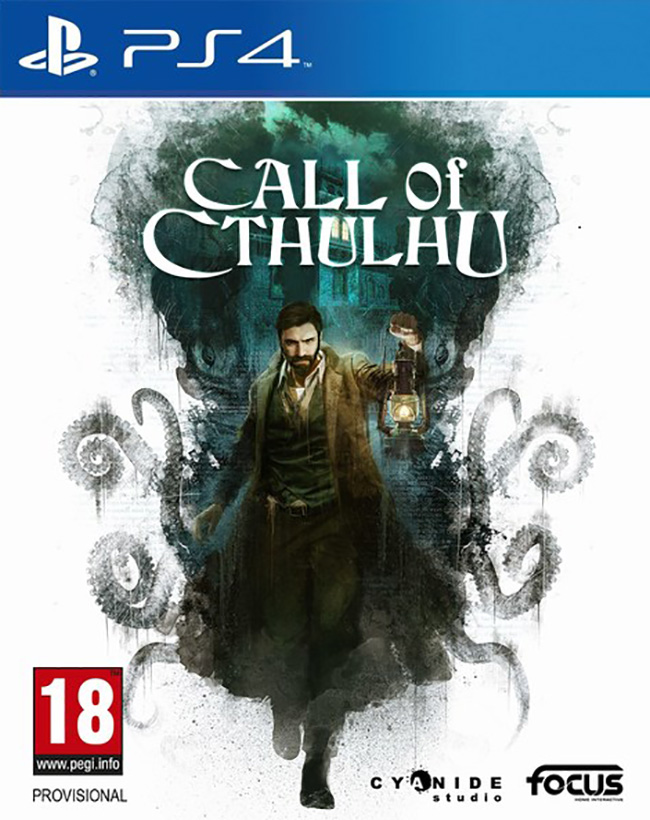