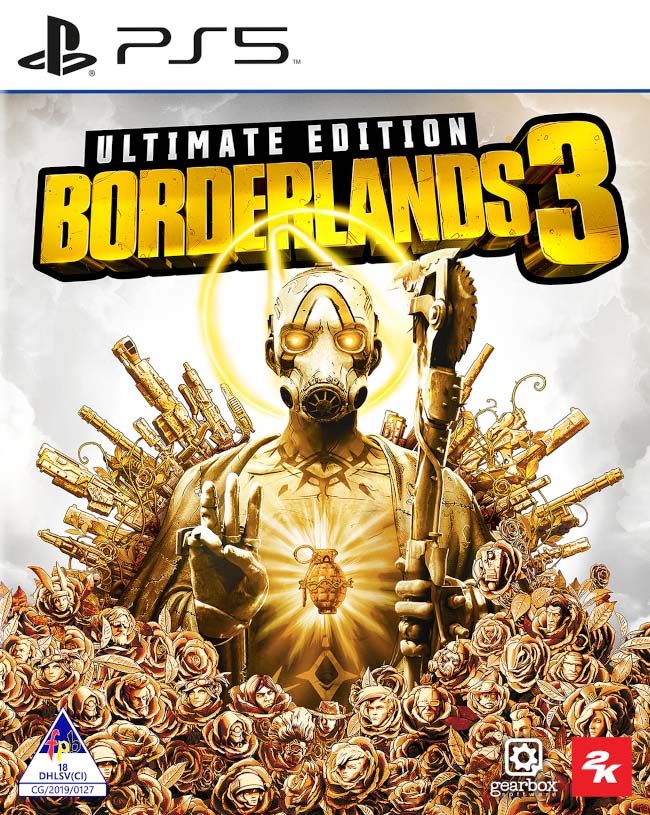 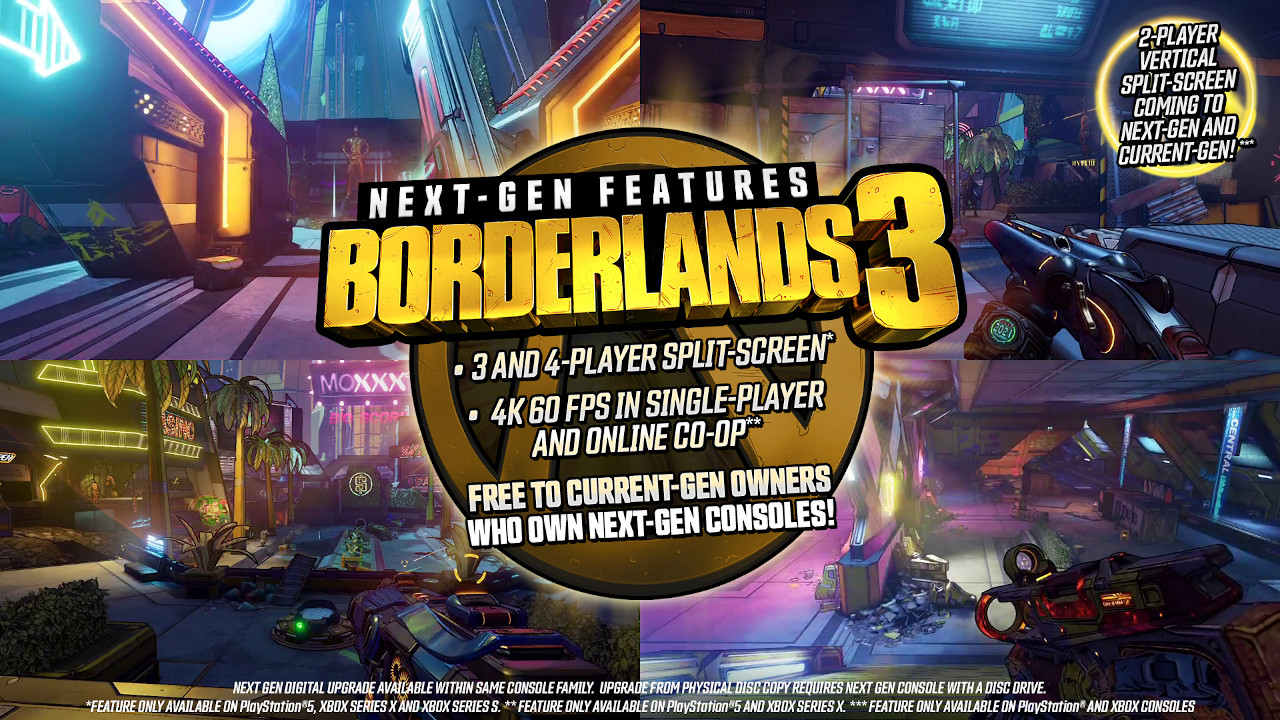 Experience the game in gorgeous 4K resolution at up to 60 fps in single-player and online co-op (Available on PlayStation 5 and Xbox Series X). Add more couch co-op mayhem with support for three- and four-player splitscreen for local multiplayer

Copies of Borderlands 3 on Xbox One and PlayStation 4 will include a digital upgrade to the next-gen version of the game (within same console family) at no additional cost. For physical discs, this feature is only valid on next-gen console models with disc drives.

• Moxxi's Heist of The Handsome Jackpot

• Guns, Love, and Tentacles: The Marriage of Wainwright & Hammerlock 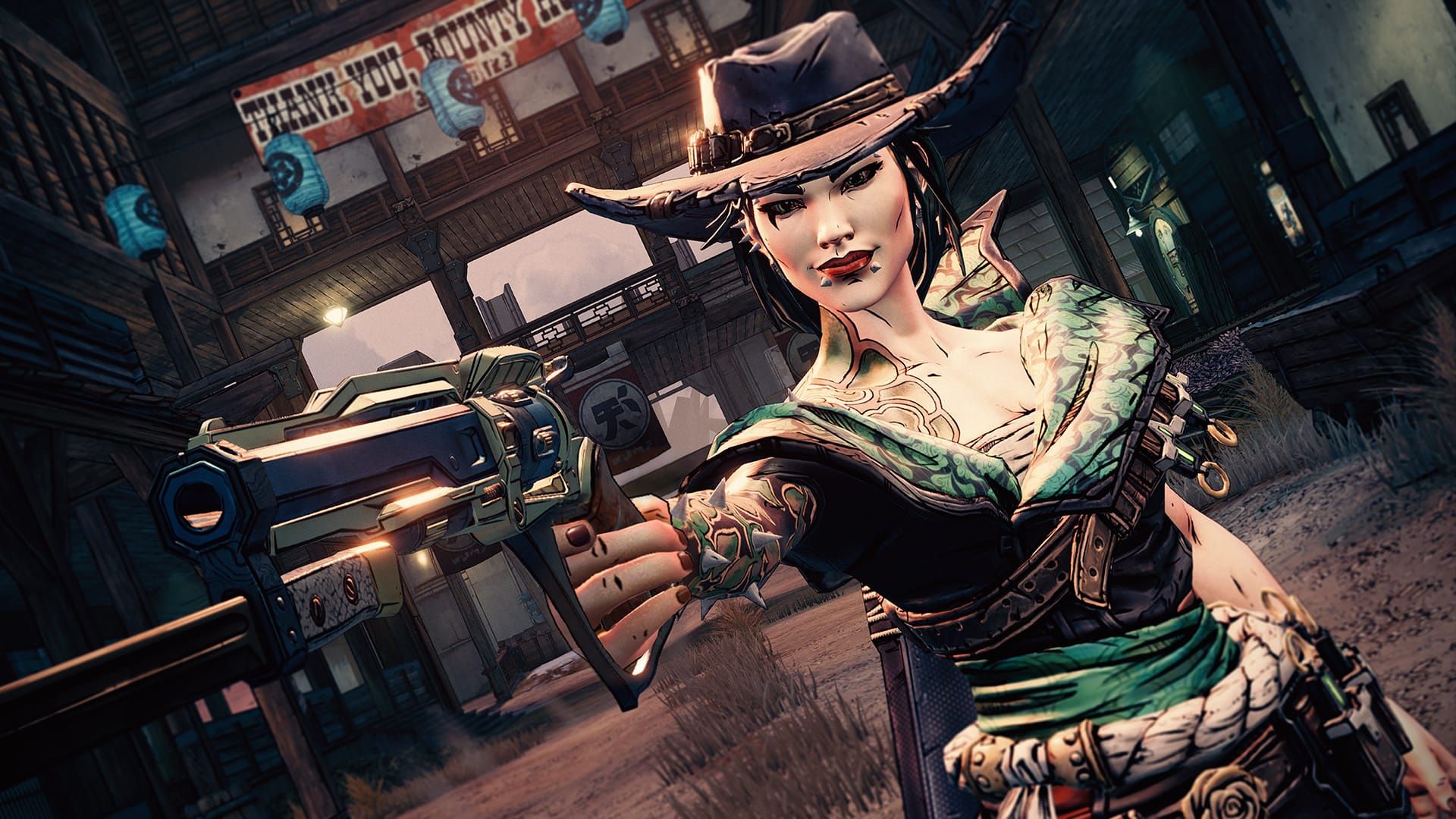 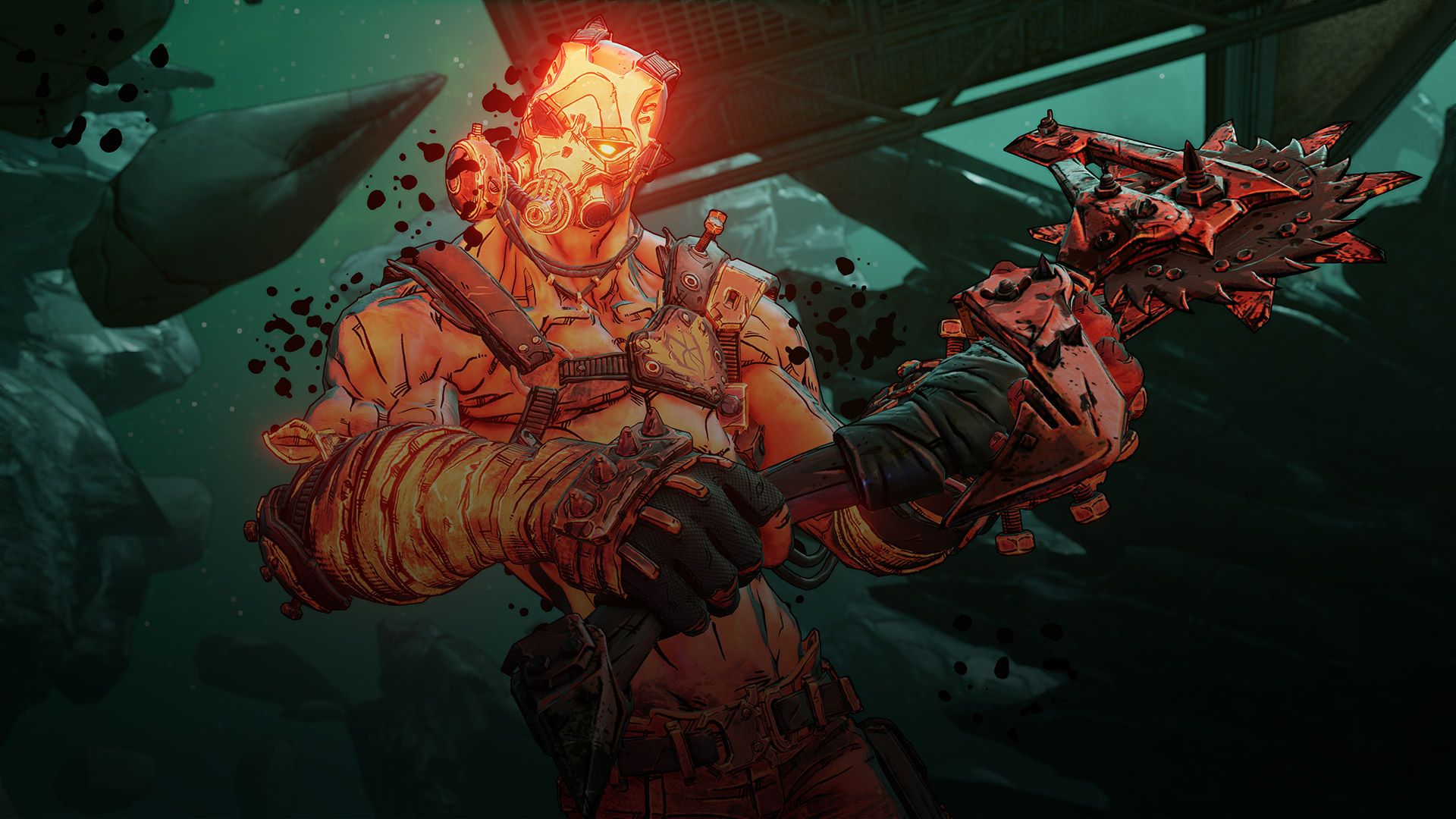 • Psycho Krieg and the Fantastic Fustercluck

Borderlands 3 Ultimate Edition is the quintessential Borderlands 3 experience, featuring the award-winning base game plus all six content add-ons and the full collection of bonus cosmetic packs! Blast through multiple worlds as one of four Vault Hunters – the ultimate treasure-seeking badasses of the Borderlands, each with deep skill trees, abilities, and customization. Play solo or join with friends to take on deranged enemies, score loads of loot, and save your home from the most ruthless cult leaders in the galaxy.

A MAYHEM-FUELED THRILL RIDE
Stop the fanatical Calypso Twins from uniting the bandit clans and claiming the galaxy’s ultimate power. Only you, a thrill-seeking Vault Hunter, have the arsenal and allies to take them down.

YOUR VAULT HUNTER, YOUR PLAYSTYLE
Become one of four extraordinary Vault Hunters, each with unique abilities, playstyles, deep skill trees, and tons of personalization options. All Vault Hunters are capable of awesome mayhem alone, but together, they're unstoppable.


LOCK, LOAD, AND LOOT
With bazillions of guns and gadgets, every fight is an opportunity to score new gear. Firearms with self-propelling bullet shields? Check. Rifles that spawn fire-spewing volcanoes? Obviously. Guns that grow legs and chase down enemies while hurling verbal insults? Yeah, got that too.

EXPLORE THE BORDERLANDS
Discover new worlds beyond Pandora, each featuring unique environments to explore and enemies to destroy. Tear through hostile deserts, battle your way across war-torn cityscapes, navigate deadly bayous, and more!

QUICK & SEAMLESS CO-OP ACTION
Play with your friends in online or split-screen co-op, regardless of your level or mission progress. Take down enemies and challenges as a team, but reap rewards that are yours alone – no one misses out on loot.