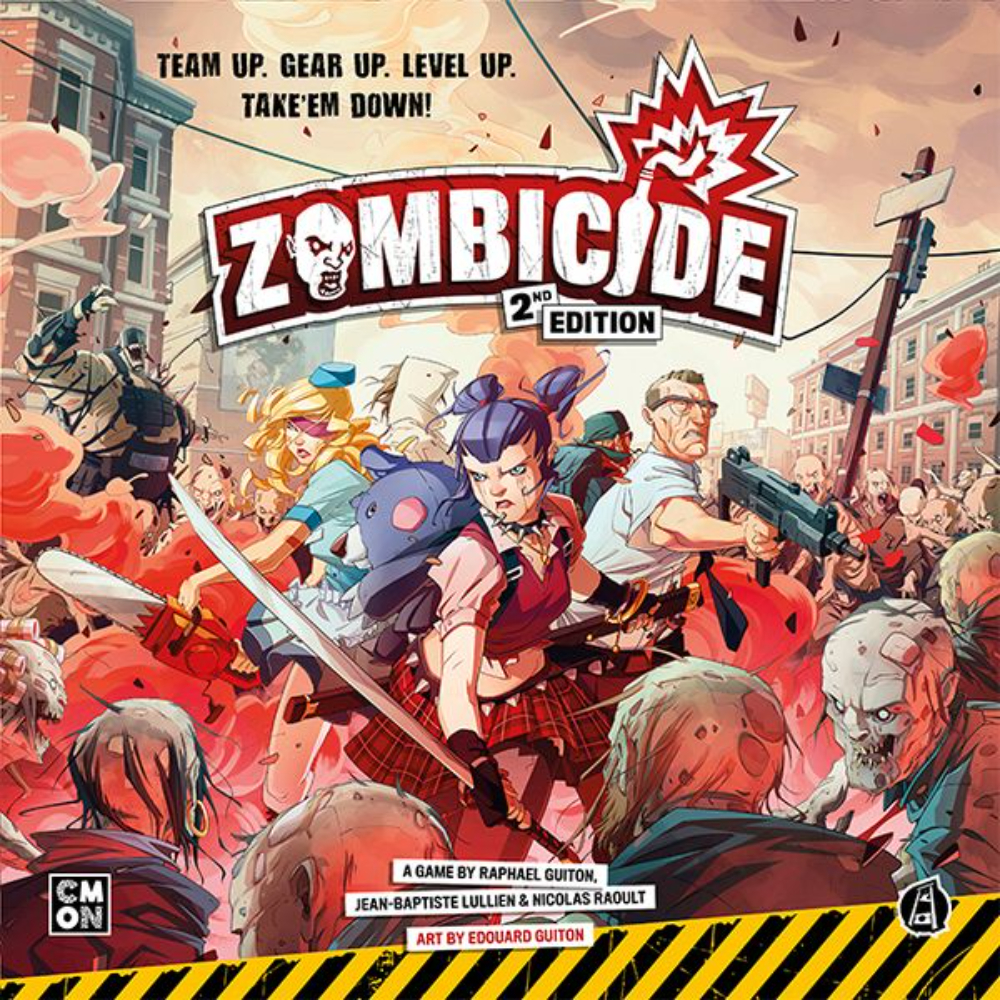 Zombicide, the board game, has taken the world by storm with over two million copies sold since its release in 2012 and spawning a cult franchise of cooperative zombie slaying all over the world. In Zombicide, zombies are controlled by the game, while players take on the role of survivors who must co-operate in order to survive and thrive in a world overrun by the bloodthirsty undead. Find guns and gear to take the fight to the zombies through 25 different scenarios linked by a branching story as you pick your way through an infested city.

Zombicide (2nd Edition) features refined and streamlined rules, including updates to target priority for ranged attacks, interactions with doors, and vehicle mechanisms. A new dark zone feature, a zone that hides zombies from survivor's attacks, has been added as well. Zombicide (2nd Edition) will include new components and miniatures as well, including plastic dashboards and new child survivors. Returning players will be able to use their existing collection from previous Zombicide releases as well.

An Update to the Classic Zombie-Slaying Game

Nobody quite knows where it started, but the dead have started walking again, and they’re hungry… for human flesh. Society has collapsed and only a few Survivors remain. They’ve banded together, looking for shelter and gear. But they’re not content to just hide away, oh no, they’re ready for full on Zombicide.

In Zombicide 2nd Edition, players take on the role of Survivors of the zombie apocalypse. Working together, they must make their way through the various missions. In each one, they must complete objectives and, of course, kill zombies. With each kill, their Adrenaline Points rise. They’ll get stronger, but the zombies will be drawn to their actions, coming in greater and greater numbers. Will the Survivors remain alive, or as some zombie’s lunch?