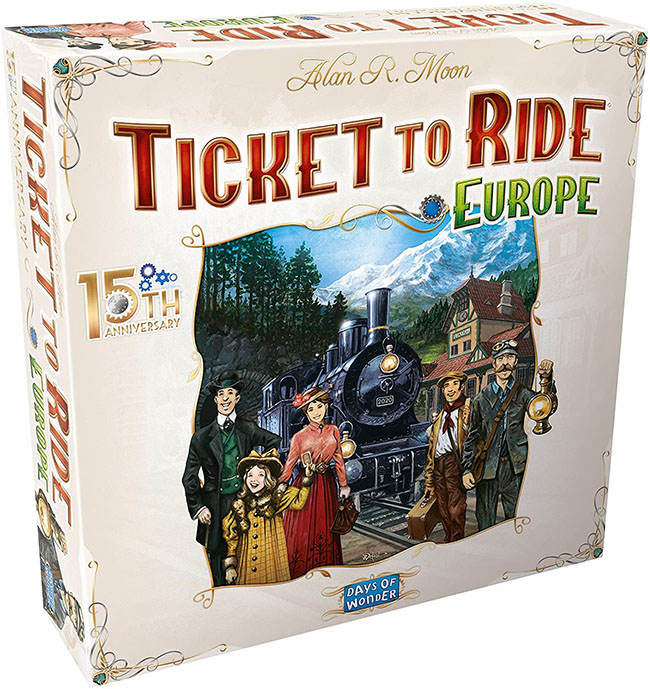 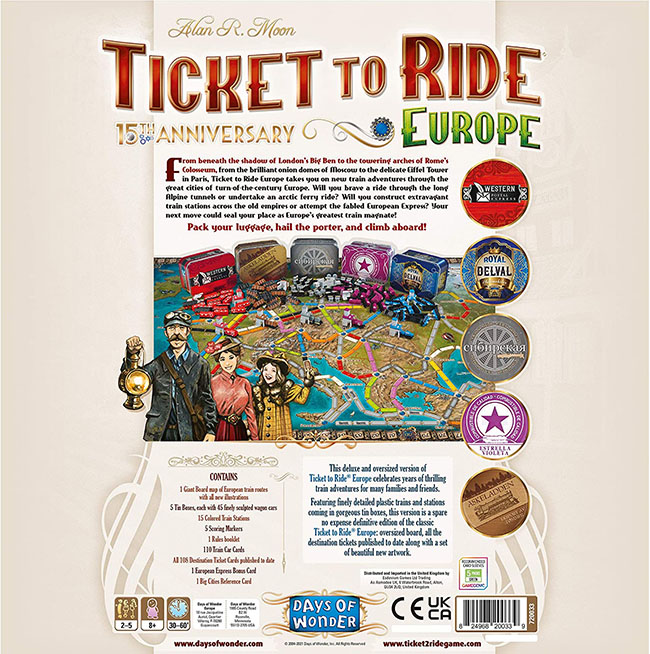 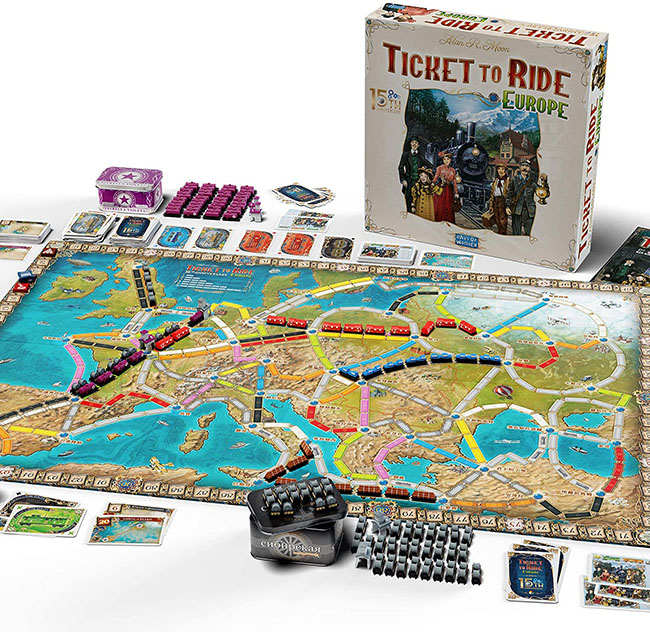 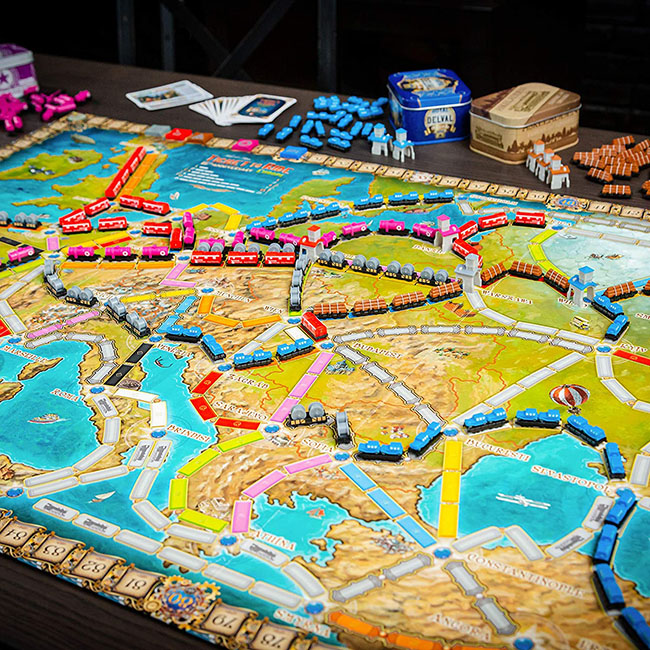 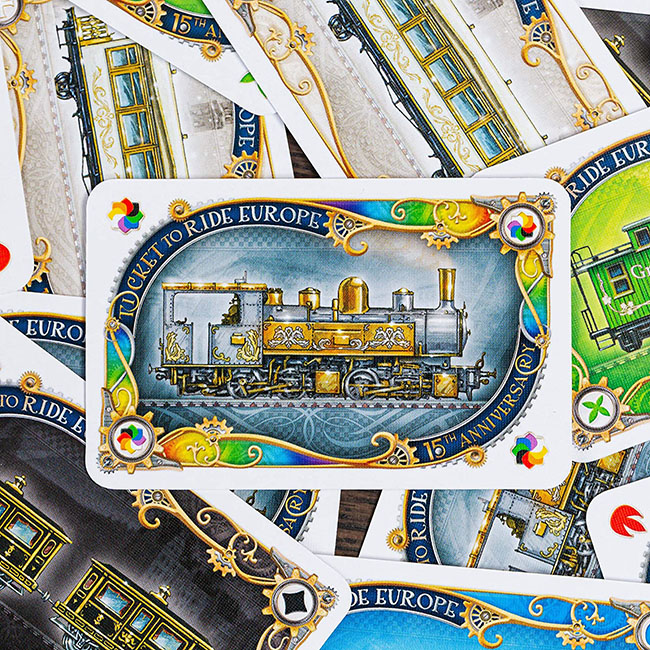 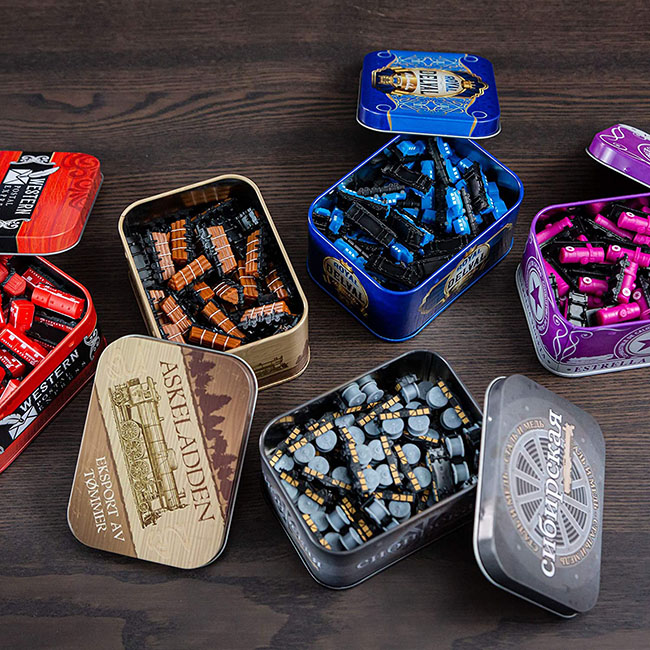 From beneath the shadow of London's Big Ben to the towering arches of Rome's Colosseum, from the brilliant onion domes of Moscow to the delicate Eiffel Tower in Paris, Ticket to Ride Europe takes you on new train adventures through the great cities of turn-of-the-century Europe. Will you brave a ride through the long Alpine tunnels or undertake an arctic ferry ride? Will you construct extravagant train stations across the old empires or attempt the fabled European Express? Your next move could seal your place as Europe's greatest train magnate!
Pack your luggage, hail the porter, and climb aboard!

This deluxe and oversized version of Ticket to Ride® Europe celebrates years of thrilling train adventures for many families and friends.

Featuring finely detailed plastic trains and stations coming in gorgeous tin boxes, this version is a spare no expense definitive edition of the classic Ticket to Ride® Europe: oversized board, all the destination tickets published to date along with a set of beautiful new artwork. 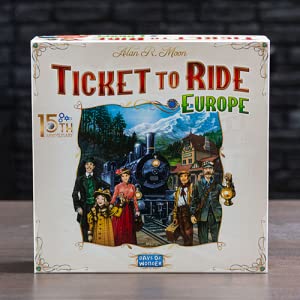 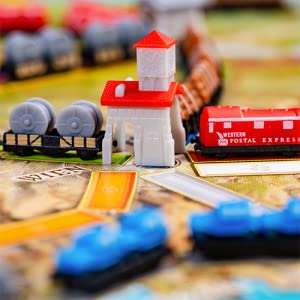 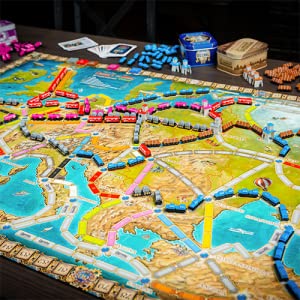 Head back to Europe to build your railroads and construct your stations. The new oversized game board contains all the sprawling and weaving railway lines players know, while giving them plenty of space to place their trains. 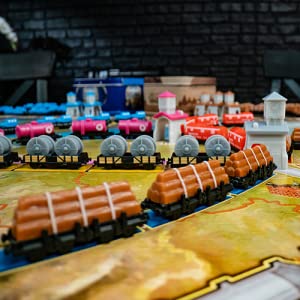 Containing finely detailed plastic trains and stations, Ticket to Ride: Europe – 15th Anniversary gives each player’s set of trains a unique shape, color, and identity. Each set of trains also comes in a tin to store them in between gaming sessions. 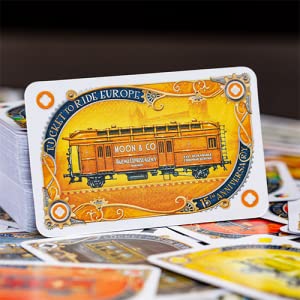 Players already familiar with Ticket to Ride: Europe will be delighted by the new art created for the game. Days of Wonder spared no expense in creating a truly beautiful edition of one of their most popular games. 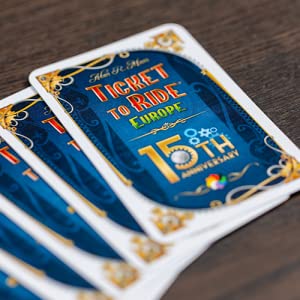 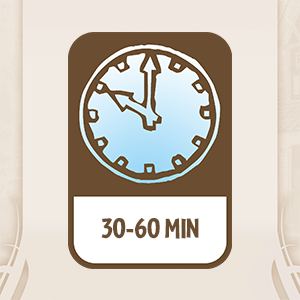 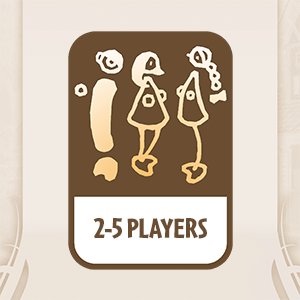 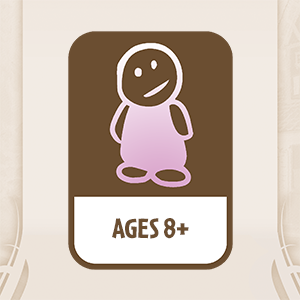