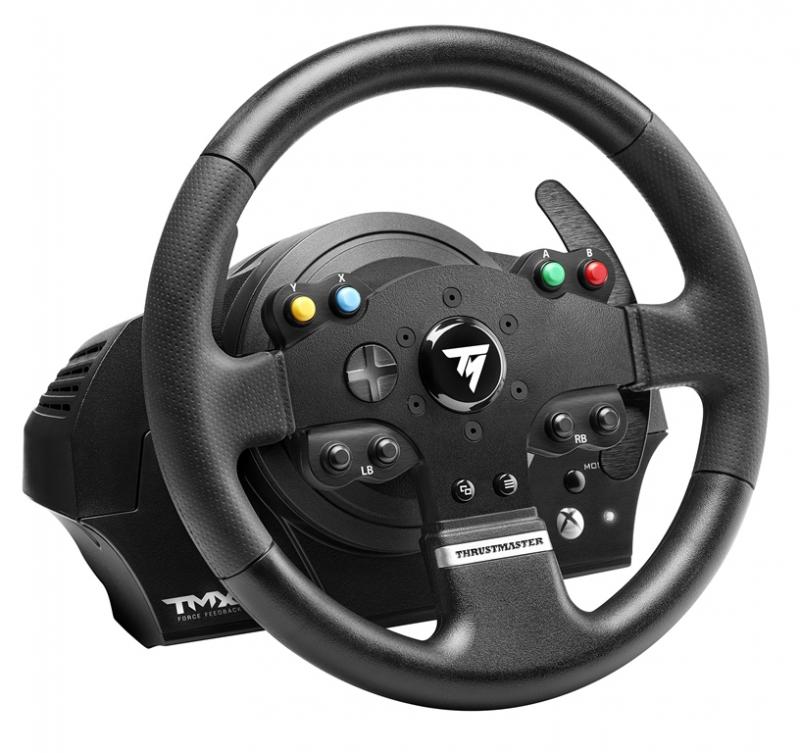 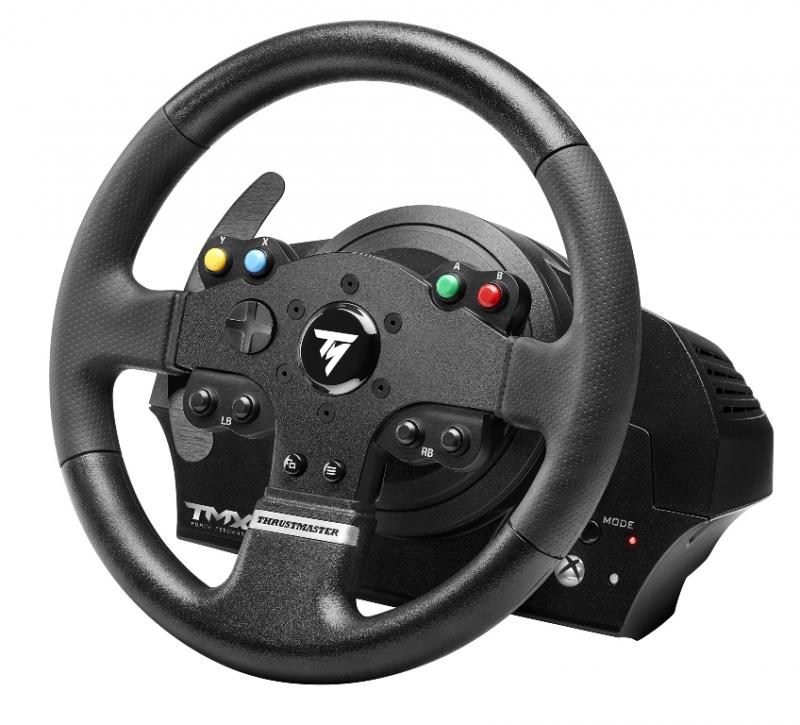 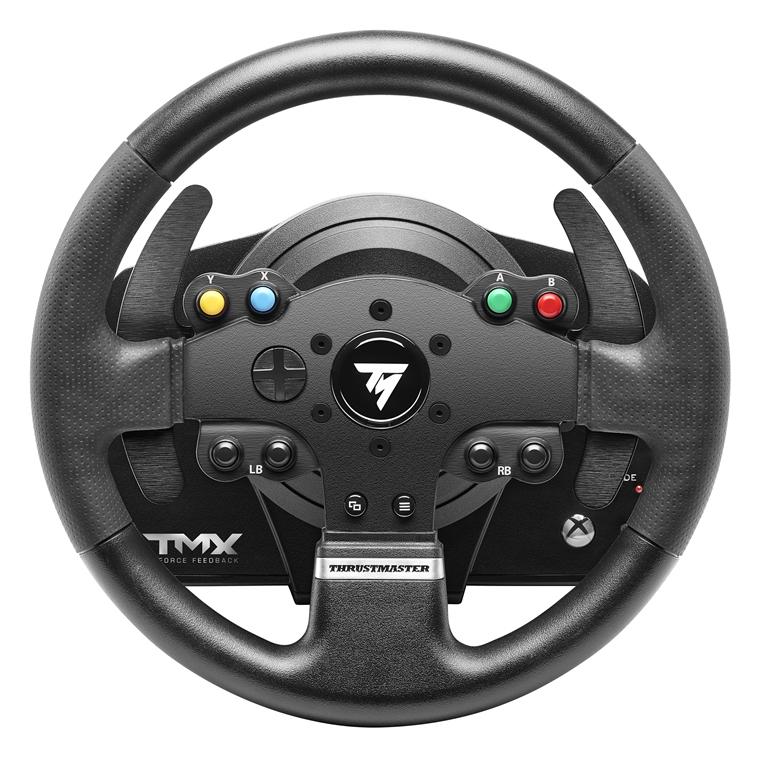 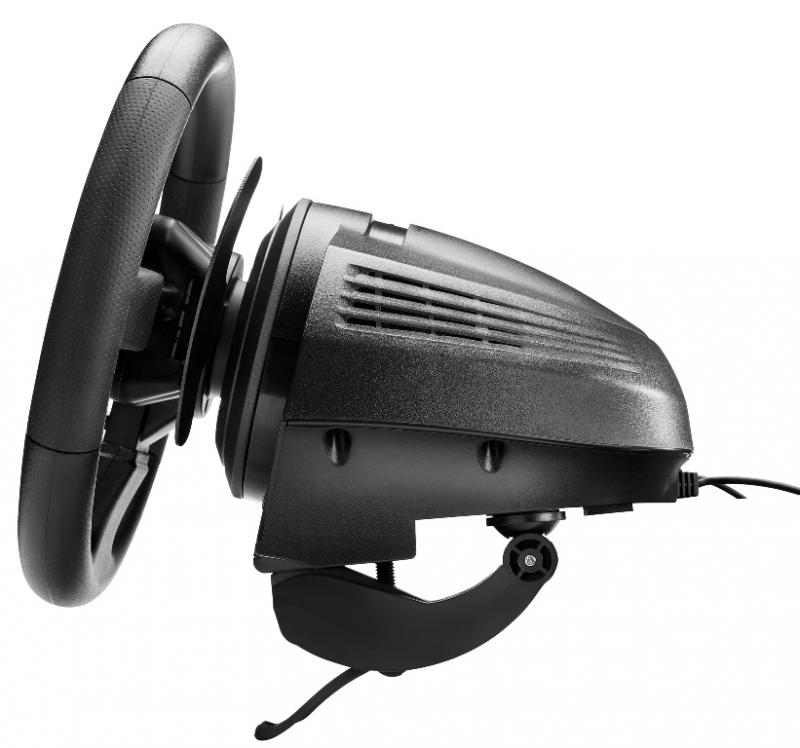 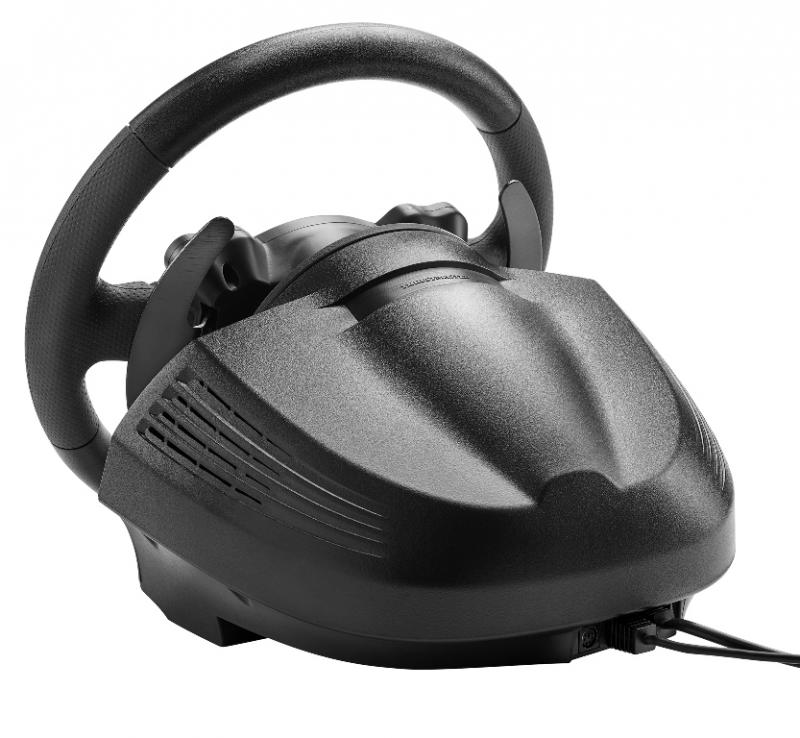 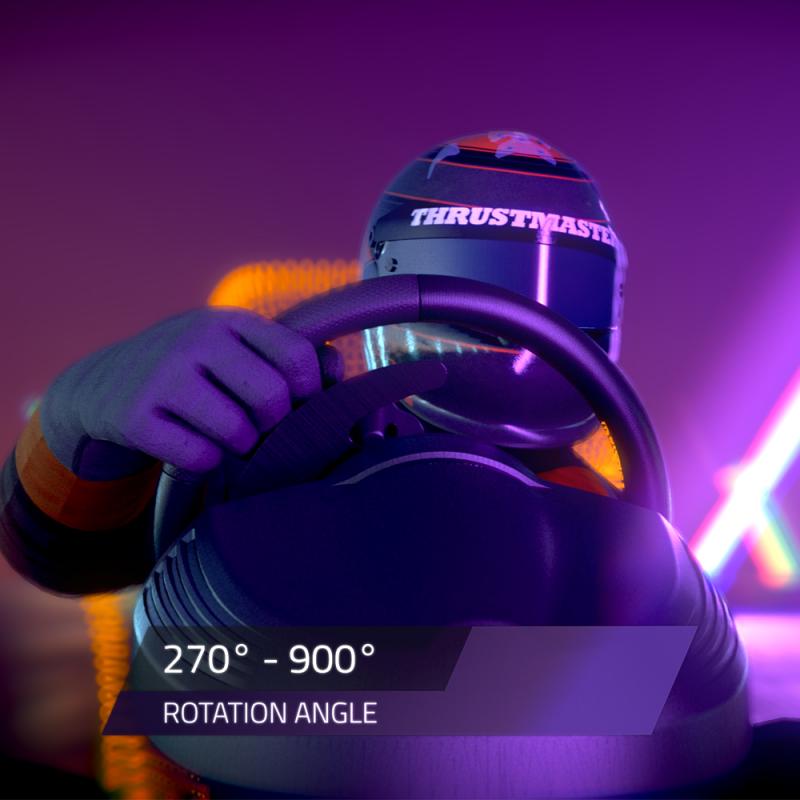 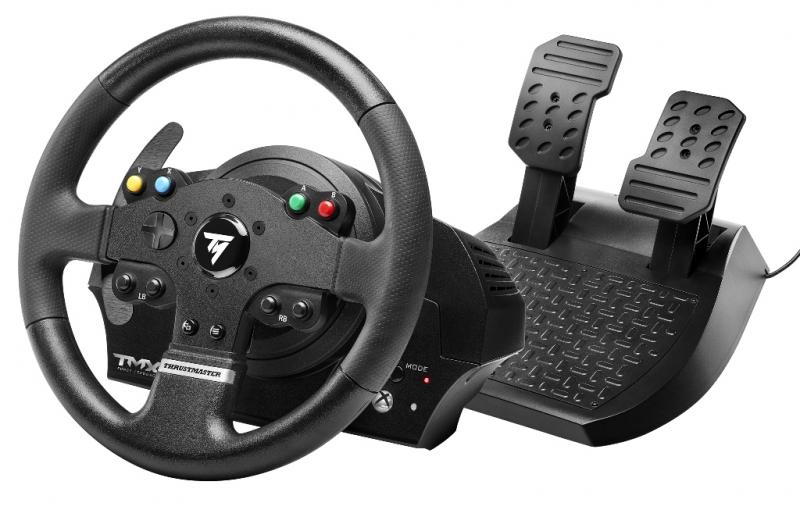 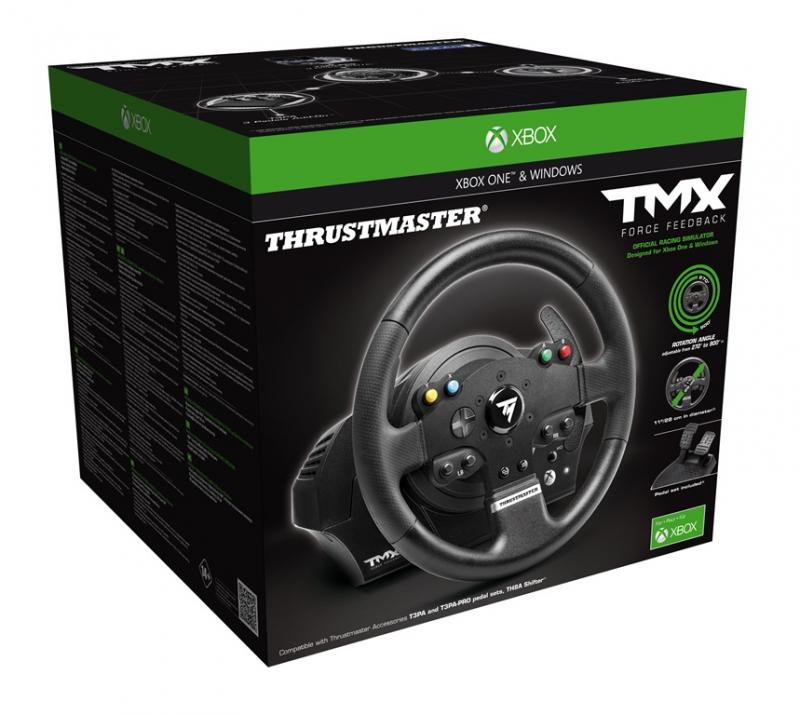 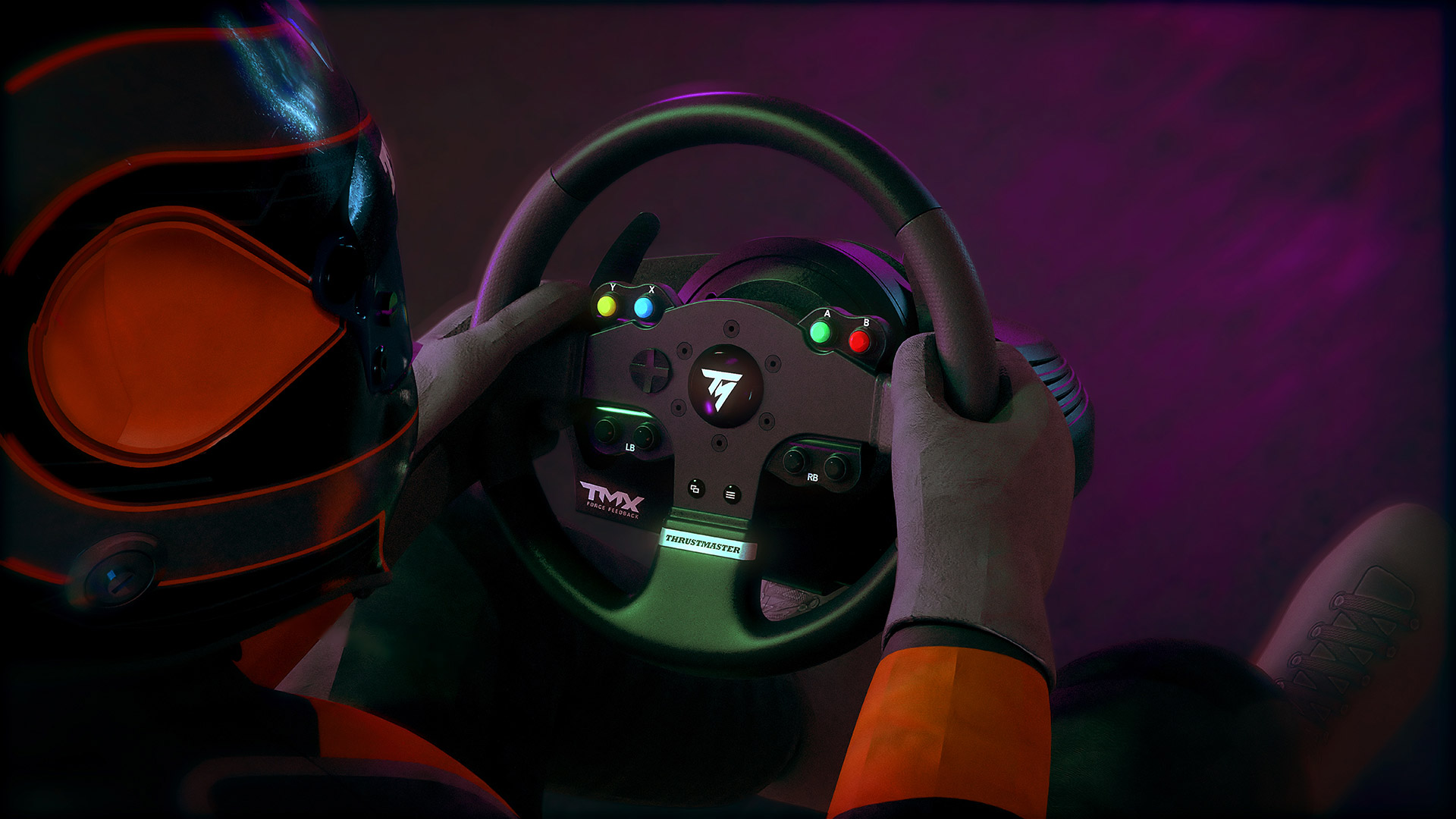 The TMX racing wheel Thrustmaster’s absolute gold standard in the world of virtual motorsports, is a tremendous asset for all racing fans looking for enhanced immersion in their gaming sessions. 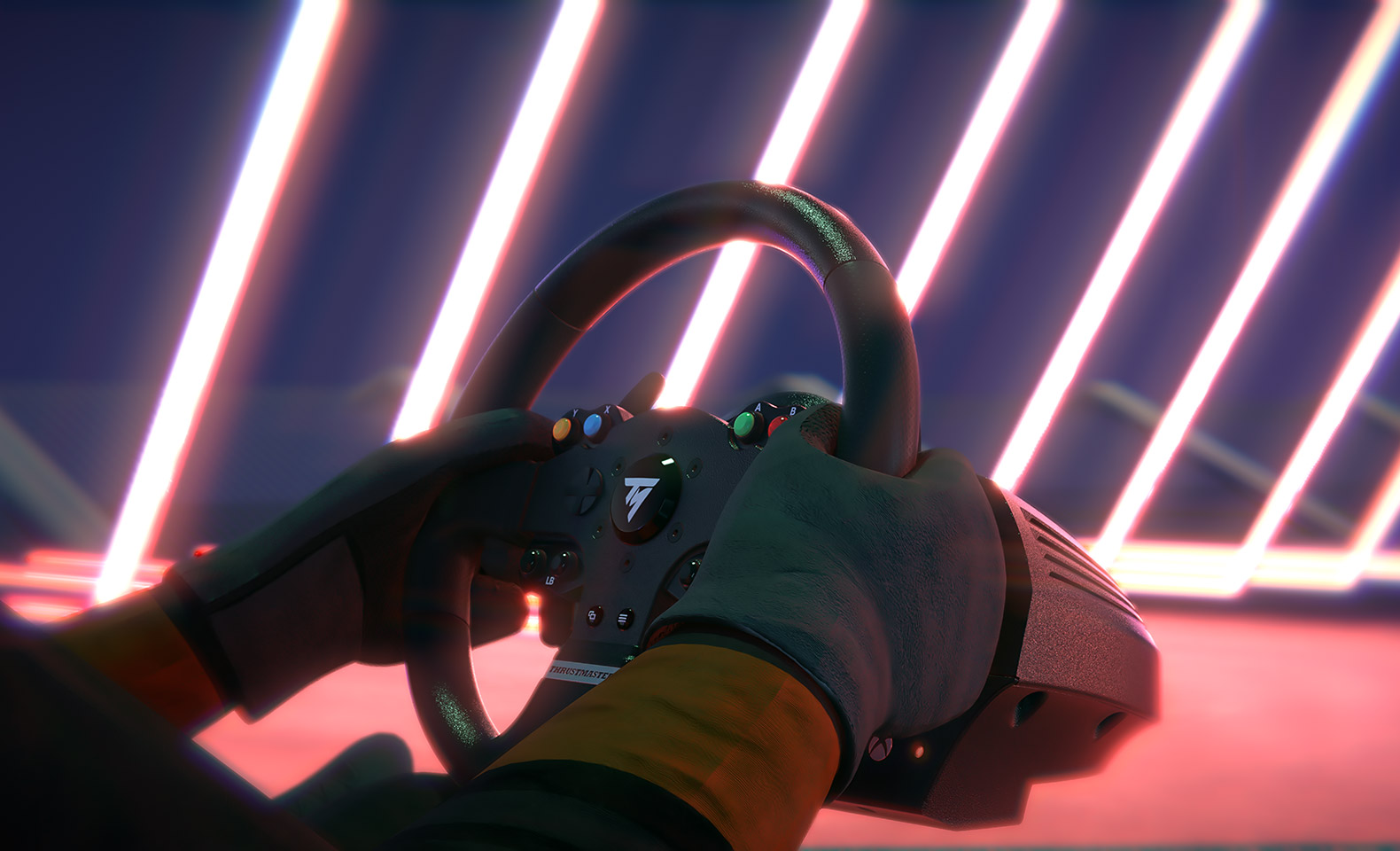 TMX : IMMERSION AND REALISM IN RACING GAMES ON XBOX ONE AND PC
Racing sim fans will love the wheel’s responsive and silent Force Feedback, for enhanced immersion in games — with sensations incredibly close to real-world conditions.
The TMX has been created with different types of drivers in mind: its ergonomic design and the range of technologies incorporated into the wheel make it totally adaptable to all racing game styles (Rally, F1, NASCAR and even GT). The racing wheel comes with a 2-pedal pedal set that works efficiently in all circumstances. REALISTIC SIZE
The wheel’s rim is 11 inches / 28 cm in diameter: this ensures complete versatility, making the TMX great for all racing game styles. Experience the thrills of different types of race tracks and circuits — intense F1 and Rally racing, and every kind of four-wheeled fun in between. 900° WHEEL ROTATION
The wheel can make up to 2.5 rotations, for an unprecedented level of control at every turn.
The wide-ranging rotation angle offered by the TMX (from 270° to 900°) lets all virtual drivers be as precise as possible, in any type of race. HIGH-PERFORMANCE FORCE FEEDBACK
The Force Feedback incorporated into the T150 (PS4/PC) and TMX (Xbox One/PC) racing wheels is very adaptable, with a variety of power adjustment options. This highly-responsive Force Feedback on the wheel lets virtual drivers maneuver with all the precision they need to constantly improve their performance in games. SILENT BELT-PULLEY SYSTEM
The belt-pulley Force Feedback system unique to the T150 (PS4/PC) and the TMX (Xbox One/PC) represents the ultimate advantage provided by Thrustmaster racing wheels.
This system allows for channeling of sounds from the motor, while providing a feeling of smoothness — for intuitive control of Force Feedback power.

TH8A-COMPATIBLE
The T150 (PS4/PC) and TMX (Xbox One/PC) are compatible with the TH8A – a 100% metal shifter –, and the T3PA – the popular Thrustmaster 3-pedal pedal set (both sold separately).
The TH8A features a design inspired by the real-world automotive industry (with a detachable shift knob), and allows for two different shifting styles: H-pattern (7+1) or sequential (+/-).

What's in the box