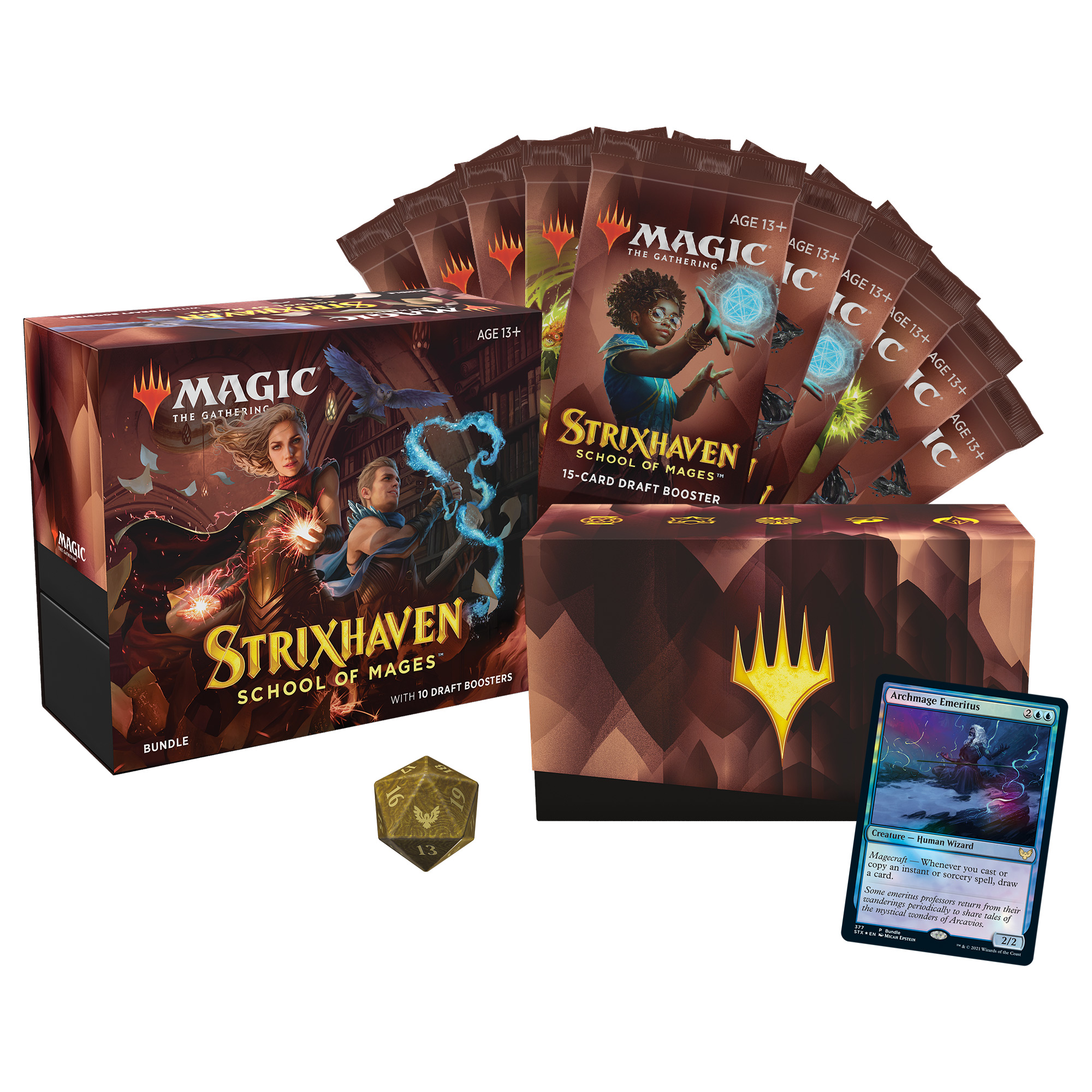 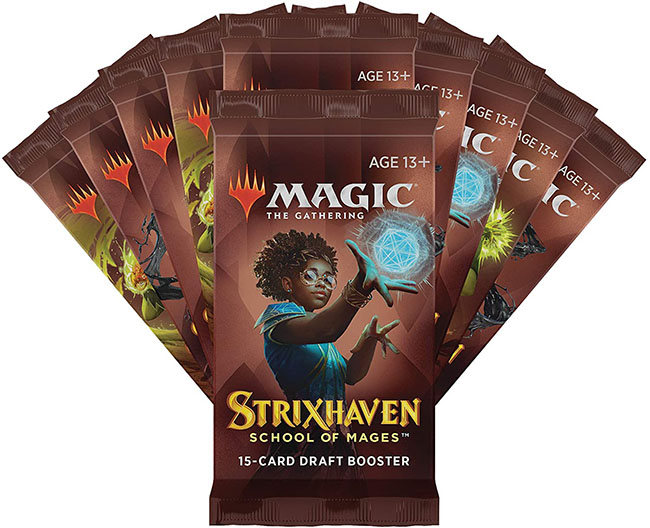 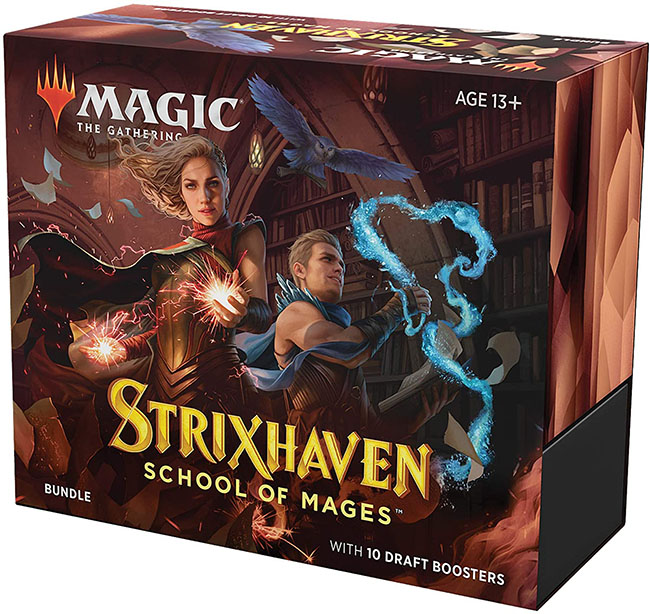 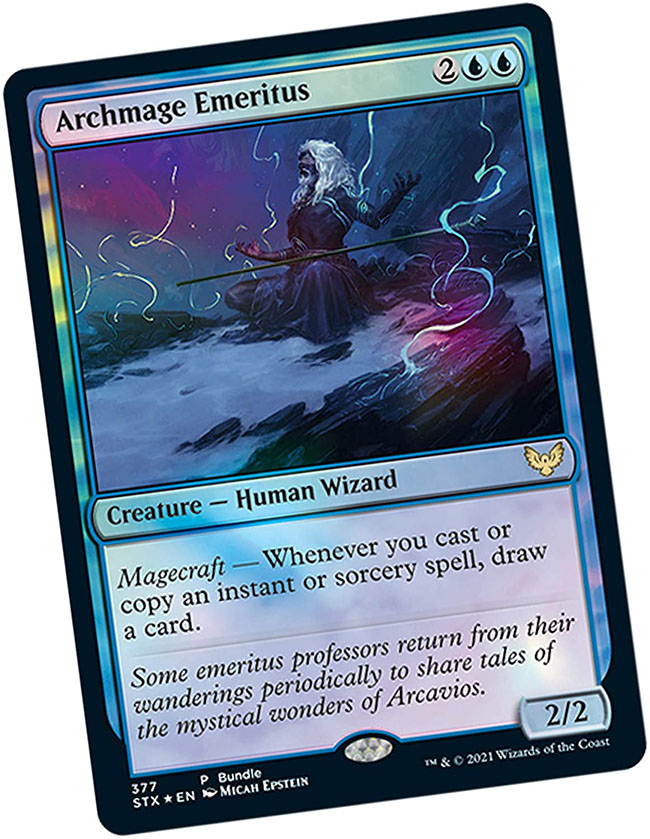 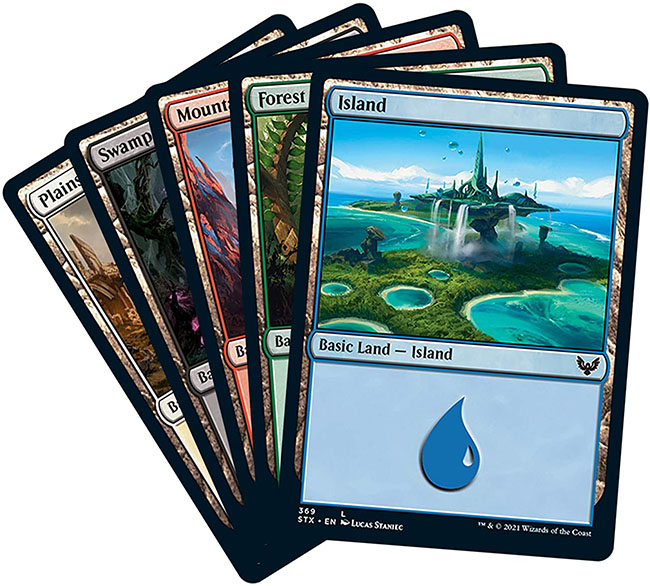 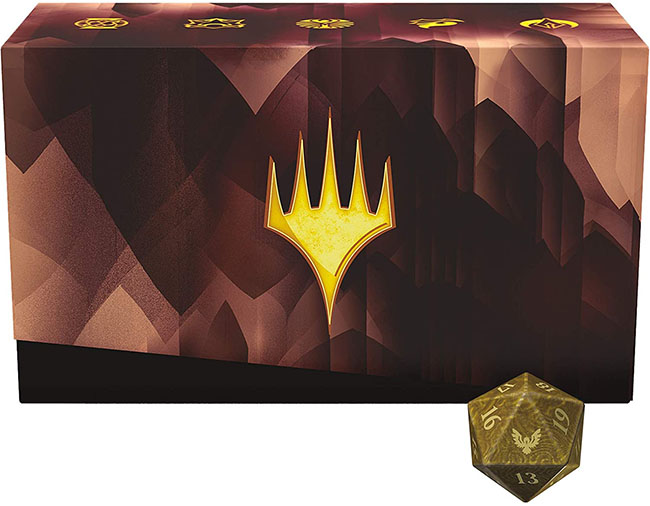 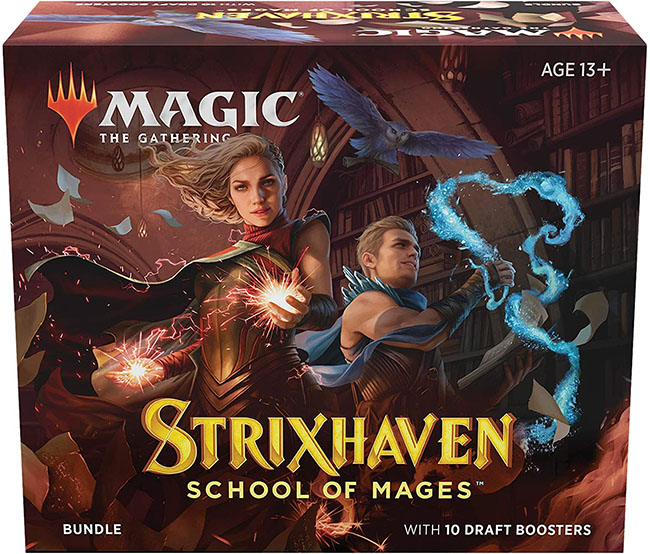 Strixhaven: School of Mages is the latest expansion for Magic: The Gathering.
Eager students of the arcane arts should prepare for their mystical studies at one of the five colleges – Silverquill, Prismari, Witherbloom, Lorehold and Quandrix.

What's in the box 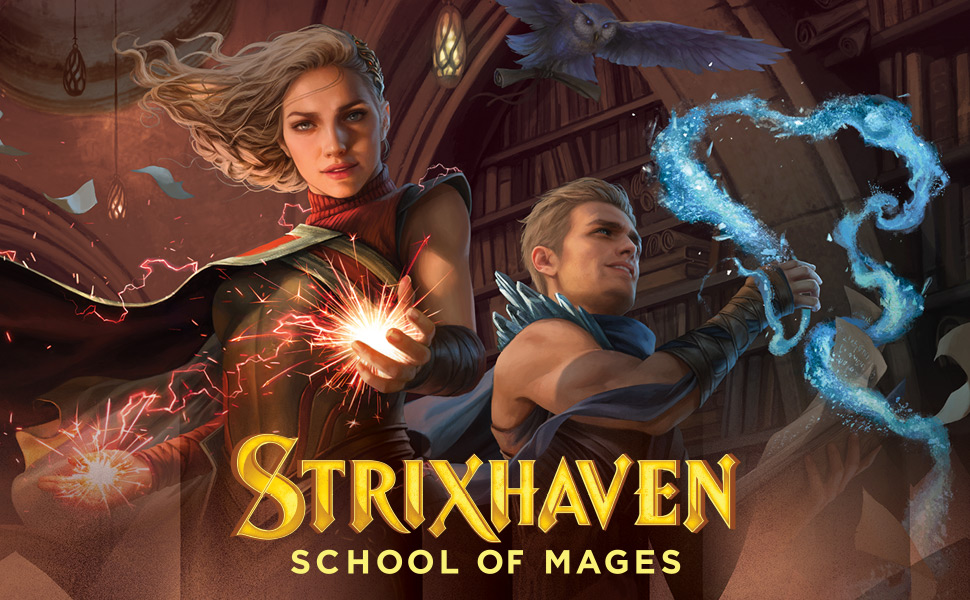 Which College Will You Choose?
Welcome to Strixhaven, the Multiverse's most prestigious university for the study of magic!

Founded centuries ago by five spellcasting dragons—Strixhaven is divided into five colleges that reflect their founder's magical specialty and distinctive personality.


Choose your college and join the duel between schools for some friendly (and a tiny bit deadly) magical competition.

Delve into the Mystical Archive 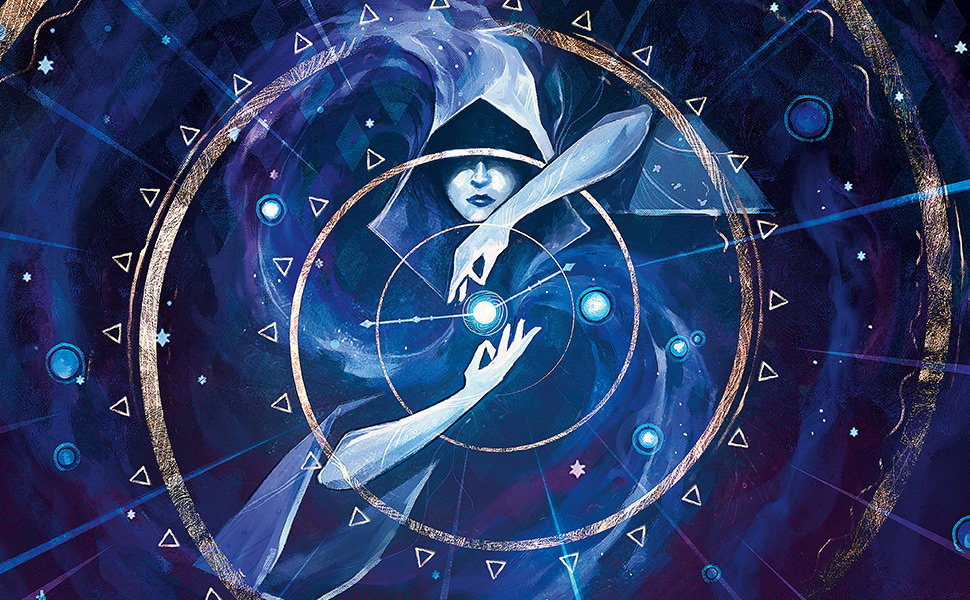 One Mystical Archive Card in Every Pack
The Library of Strixhaven, also known as the Biblioplex, forms the center of Strixhaven University. Doorless, arch-shaped entrances welcome inquisitive minds into a library filled with impossibly-long hallways, archive chambers tall enough to have their own weather, and even pools and moat-passages that must be crossed by boat.

The most famous feature of Strixhaven's library is the Mystical Archive—a collection of instant and sorcery spells from throughout space and time.

Every Strixhaven Draft Booster contains one card from the Mystical Archive with striking art and a special showcase frame. 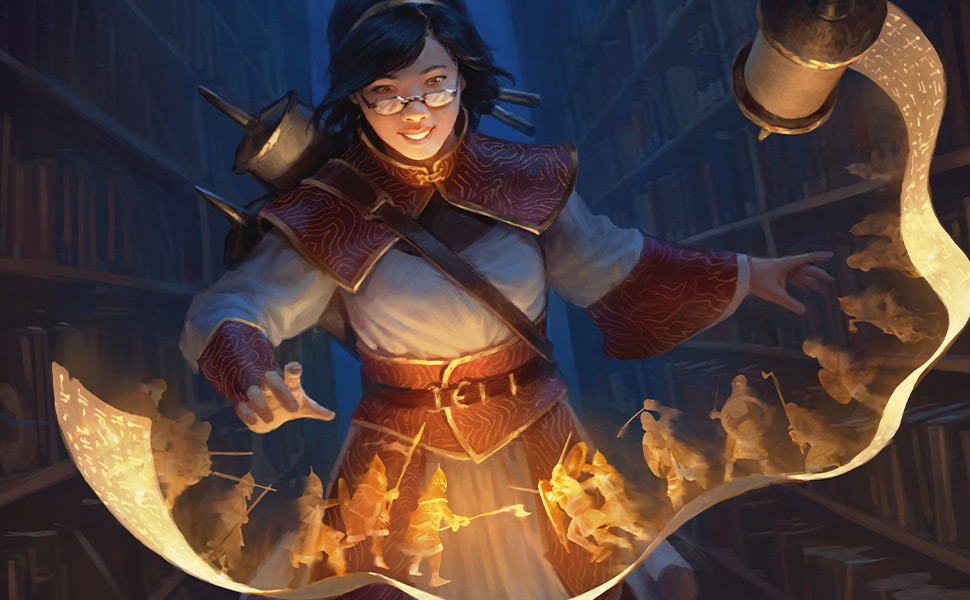 Knowledge is Power
Strixhaven draws promising young mages from across the Multiverse to study in its halls, eager to learn new spells and hone their skills.

Learn While You Duel

Strixhaven: School of Mages introduces the learn mechanic, which allows you to either put a Lesson card you own into your hand from outside the game or discard a card to draw one.

Every Strixhaven Draft Booster includes one Lesson card, so you can develop new skills and grow more powerful as you duel.

Strixhaven's professors can often (too often) be heard praising the benefits of practice. And most students would begrudgingly admit that they're right.

Strixhaven also introduces cards with the magecraft mechanic. These cards give you special bonuses whenever you cast or copy an instant or sorcery spell, whether it's life gain or a +1/+1 counter. 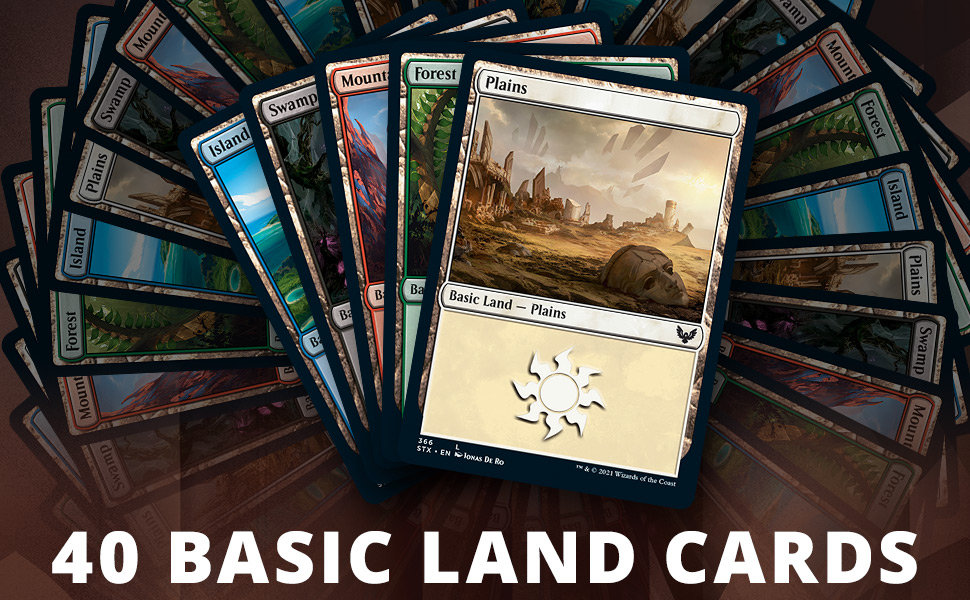 Lights glowing amidst the mossy trees of Witherbloom's bayou. Dramatic waterfalls and swirling rock formations unique to Prismari. And ancient ruins scattered across the campus of Lorehold.

Explore each college's campus grounds with lands featuring two different pieces of art for each of Strixhaven's five colleges. The Strixhaven: School of Mages Bundle includes two packs of basic lands, one pack of 20 foils and one pack of 20 nonfoils. 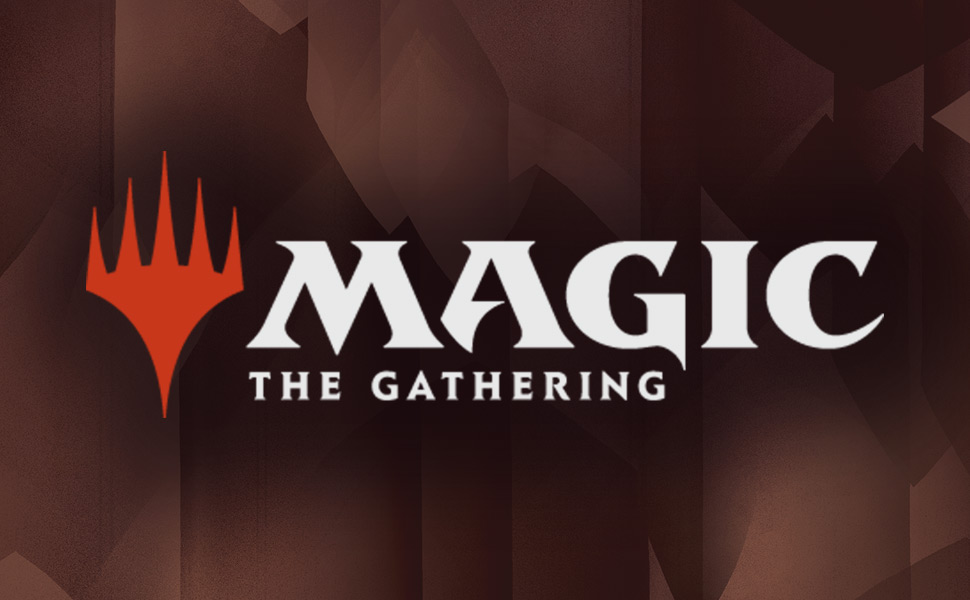