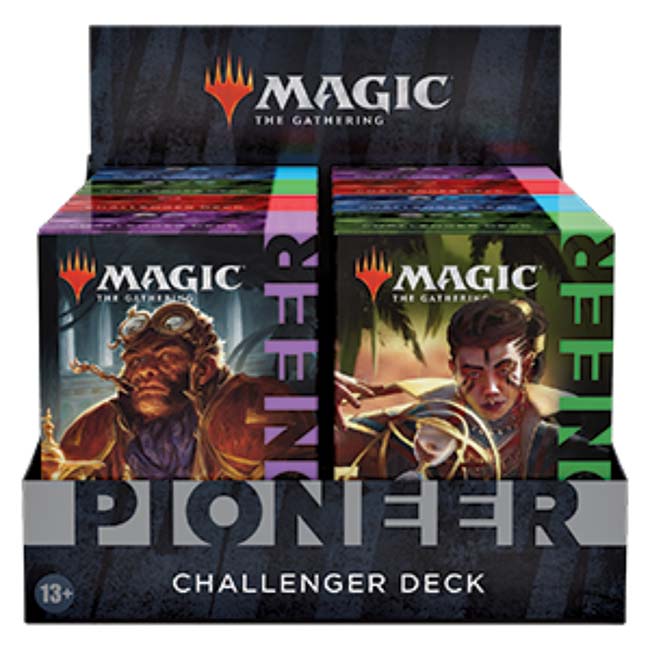 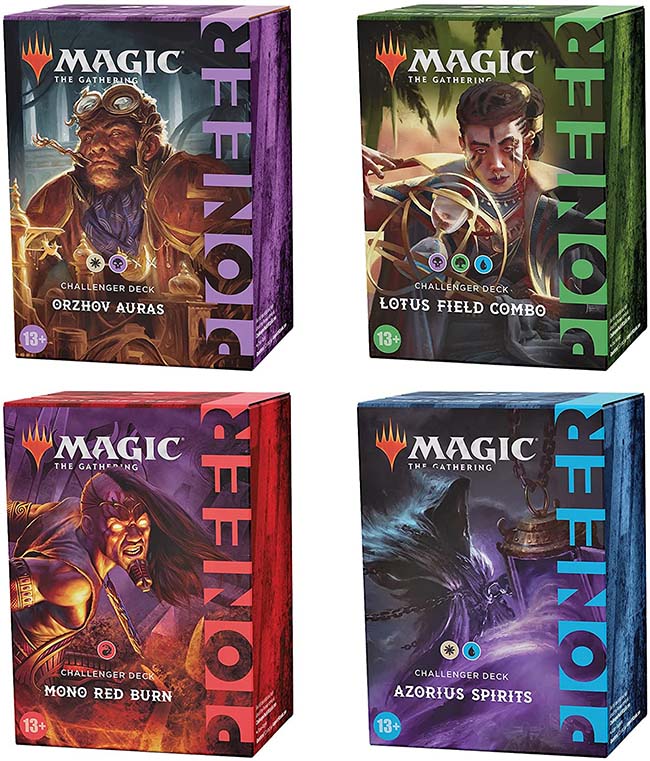 Springboard Players into the Pioneer format with New Challenger Decks.
Pioneer fills the gap between Modern and Standard—its an approachable way for players to keep using Standard cards after rotation.
Each Pioneer Challenger Deck includes a complete 60-card main deck plus a 15-card sideboard, ready to play right out of the box. These four decks feature cards from Return to Ravnica through Kaldheim and will remain legal in Pioneer even after the next Standard rotation.

There are 4 deck variants:

Orzhov Auras
Stand tall! Grow a creature with a stack of auras, keep it safe with protection spells, then crush your foe with a towering attacker.

Mono Red Burn
Is it hot in here, or is it just you? Overwhelm your opponent with a swarm of creatures, then finish the job with a few well-placed lightning strikes to the face.

Azorius Spirits
These ghosts are friendly… to you. Take to the skies with a squadron of spirits and other fliers that will bring your opponent crashing down.

Lotus Field Combo
Build a stockpile of resources, then take the game in a single turn. Make tons of mana, draw tons of cards, then win instantly with Approach of the Second Sun."