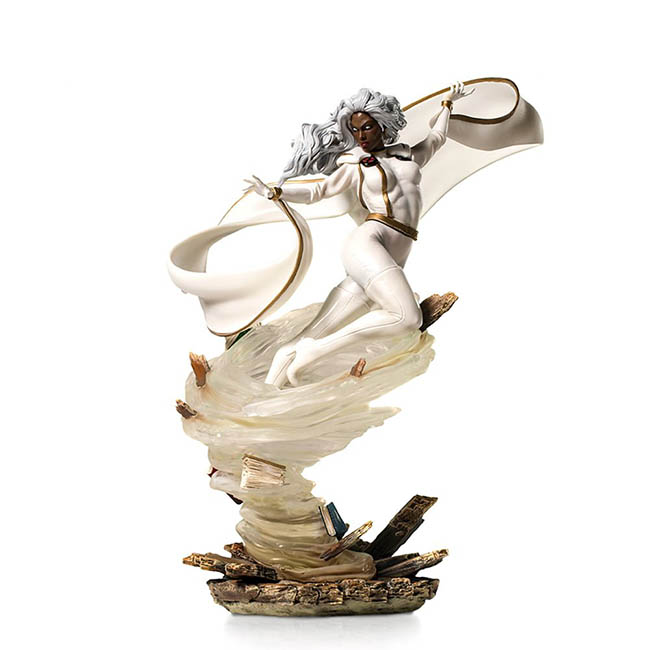 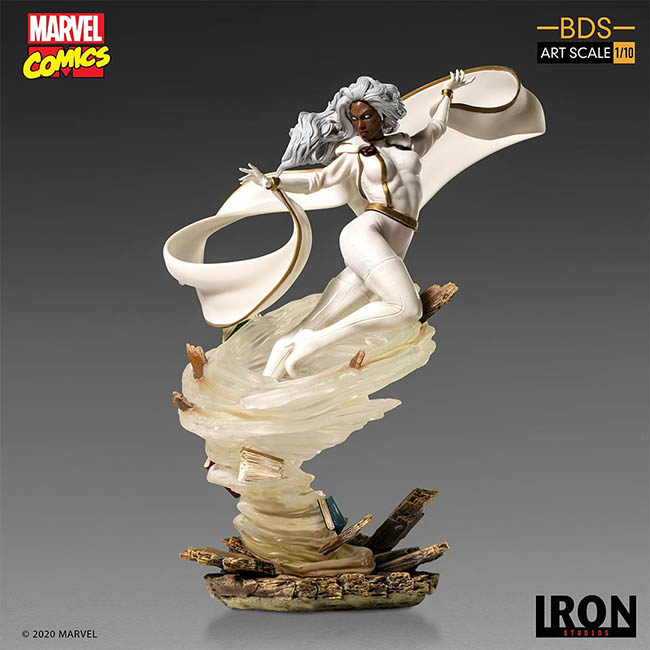 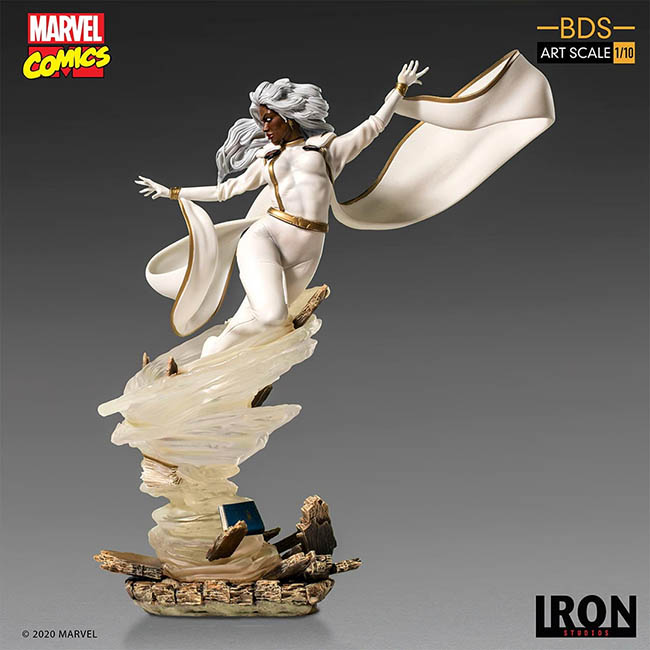 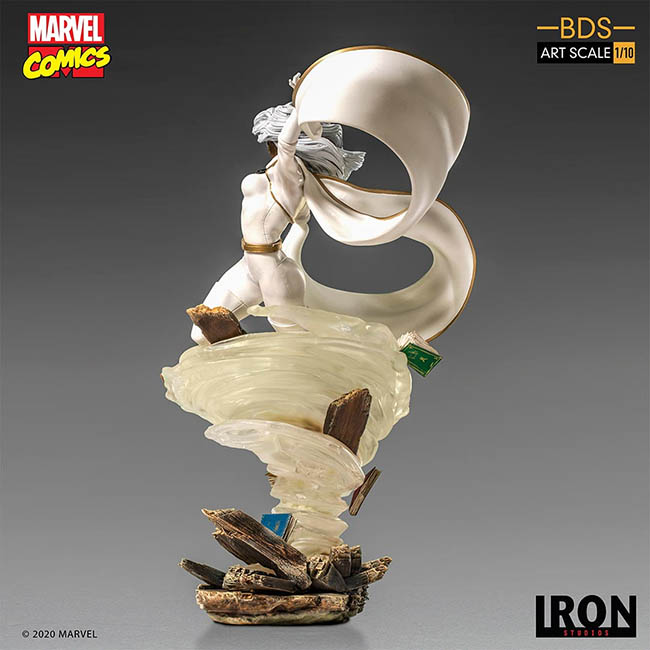 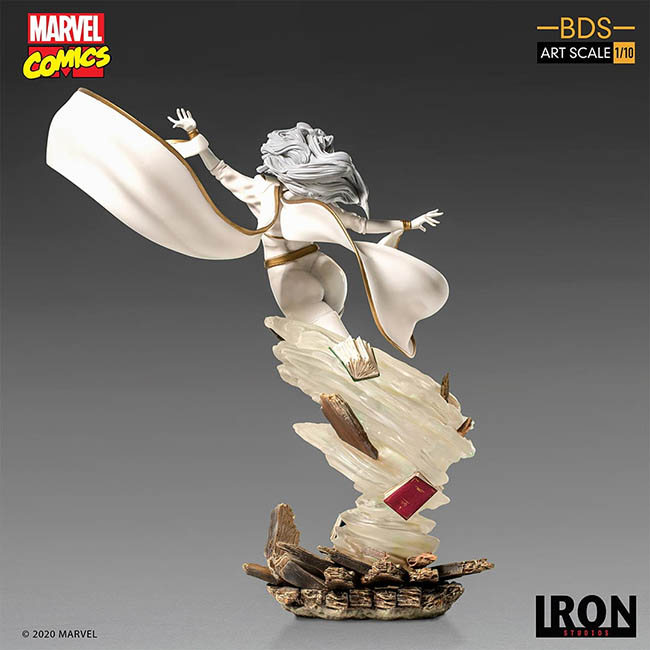 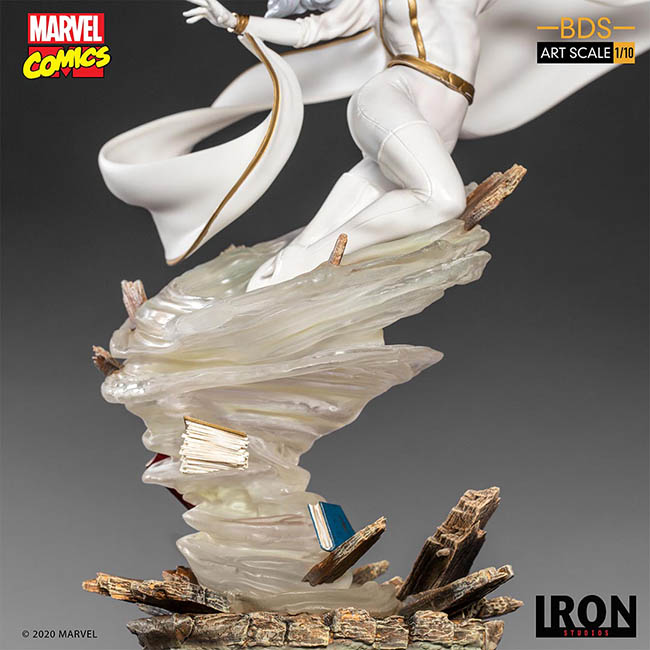 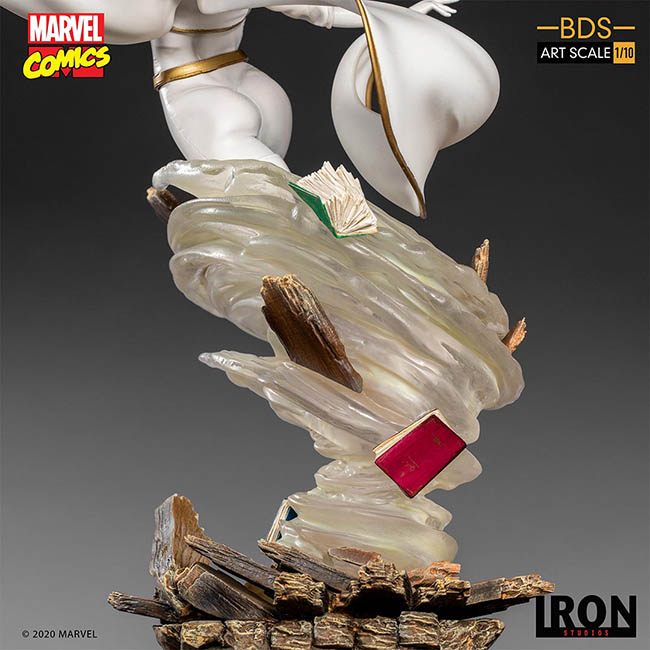 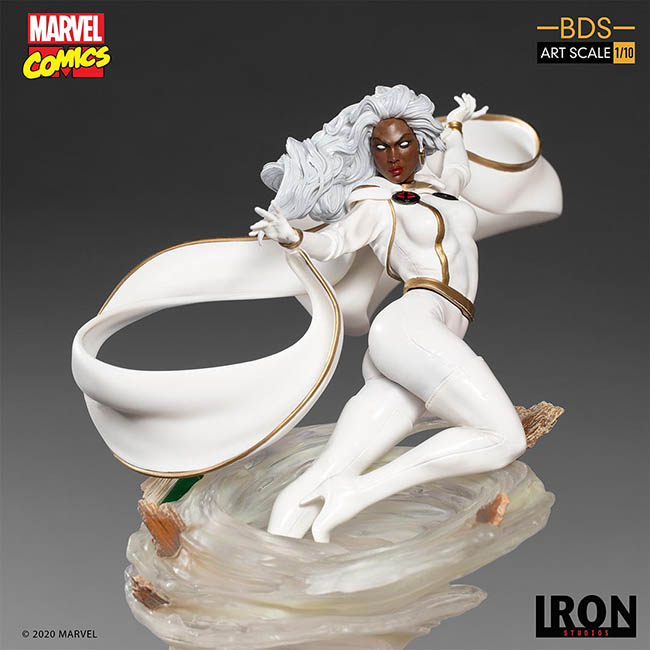 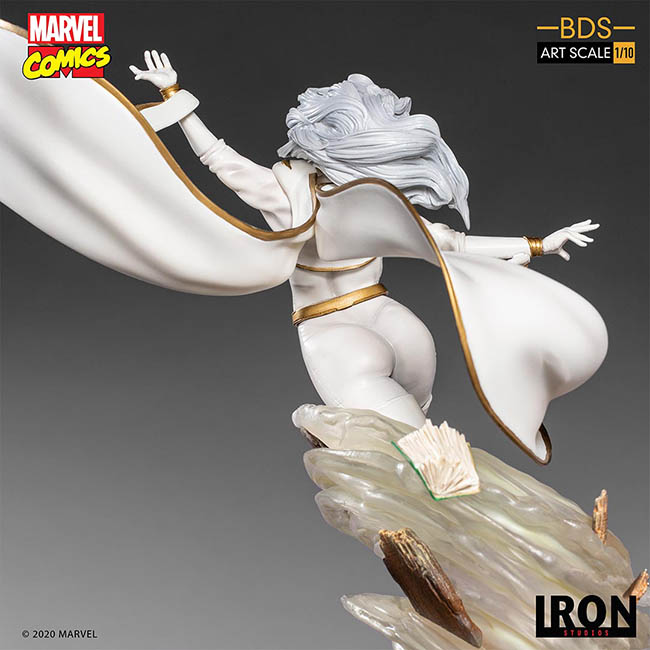 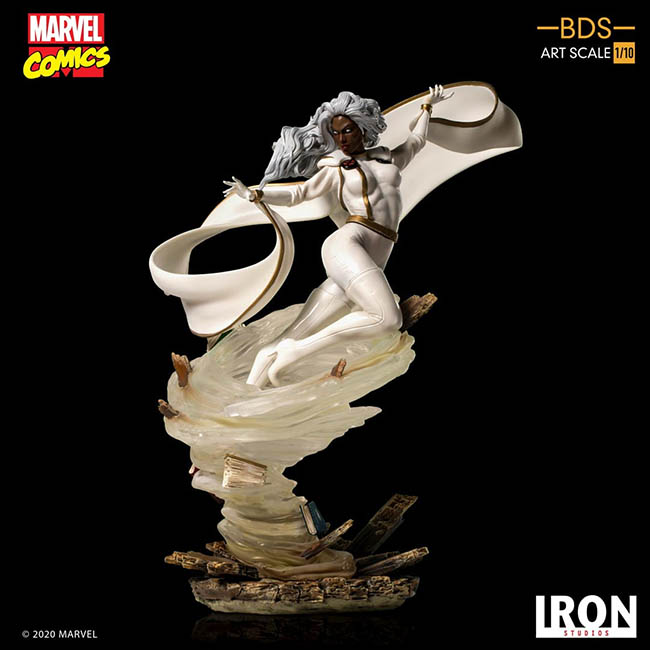 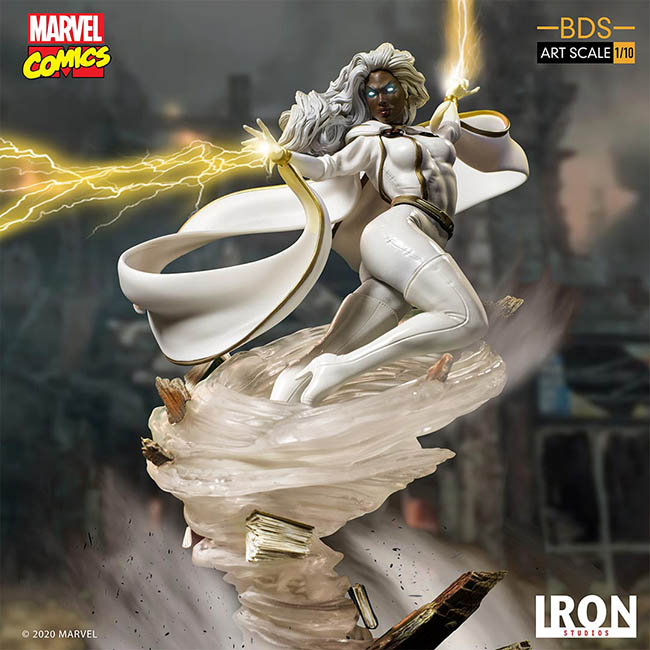 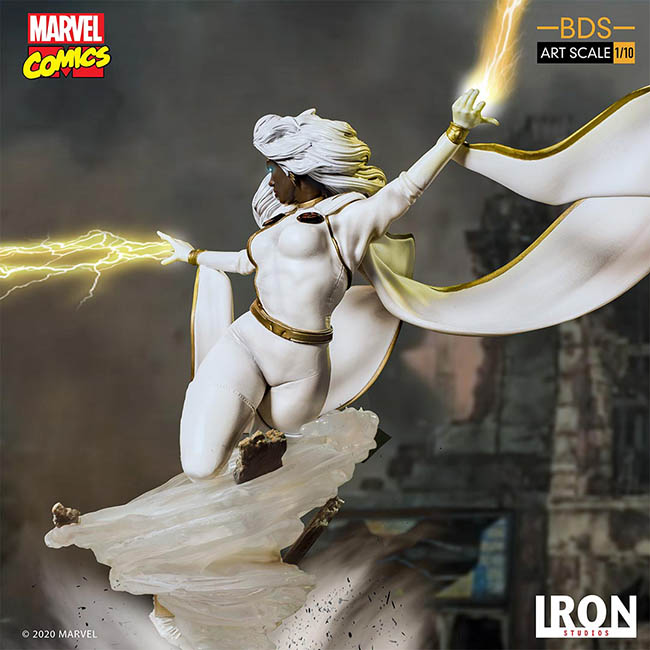 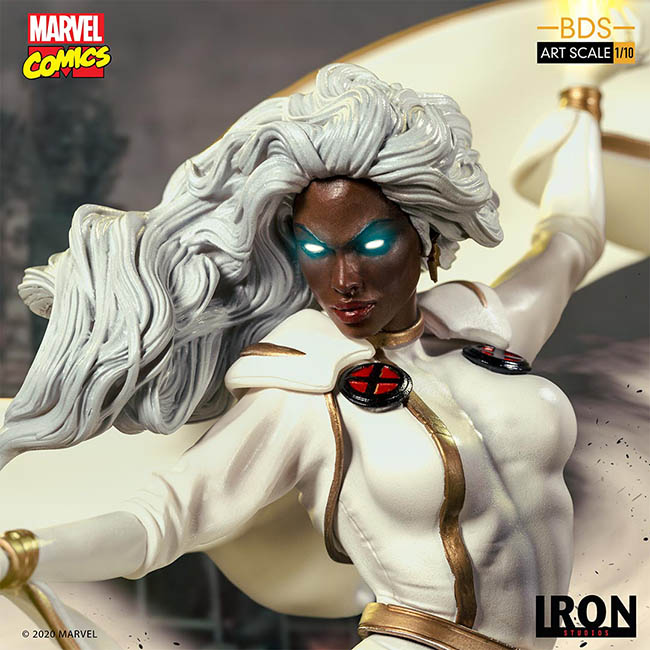 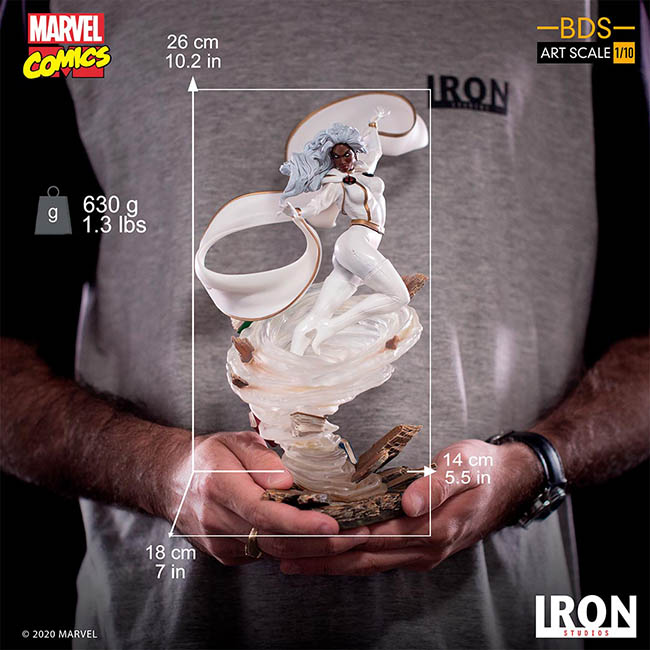 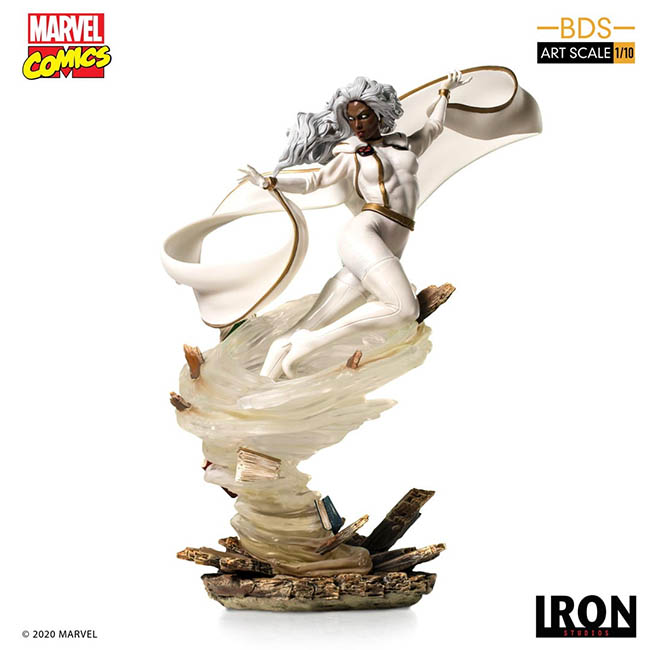 Floating over a small tornado that raises debris from the rubble of Mansion X. Ororo Munroe, also known as Storm, the mutant queen of the elements is represented in all her majesty by Iron Studios in the statue ”Storm BDS Art Scale 1/10 – Marvel Comics”. Ororo is a descendant of an ancient line of African priestesses, who have white hair, blue eyes, and the potential to use magic. Daughter of N’Dare, a princess of a tribe in Kenya, and American photojournalist David Munroe.

Ororo was born in Manhattan, but at the age of six she and her parents moved to Cairo, Egypt. At the age of five, a plane crash destroyed her home where her parents were killed but she survived. She grew up an orphan and acted as a thief on the streets of Cairo in her childhood. As an adult, she was recruited by Professor X and became one of the most important members of the X-Men. Omega-level mutant, one of the main sources of power is the Earth’s electromagnetic field, it has the power to manipulate water, over the wind, electromagnetic, etc.

Iron Studios presents Storm BDS Art Scale 1/10 Statue from Marvel Comics. Our hand-painted collectible statues and toys are the best gift for yourself or loved ones.

Grow your collection with this Marvel Comics Collectible Statue!