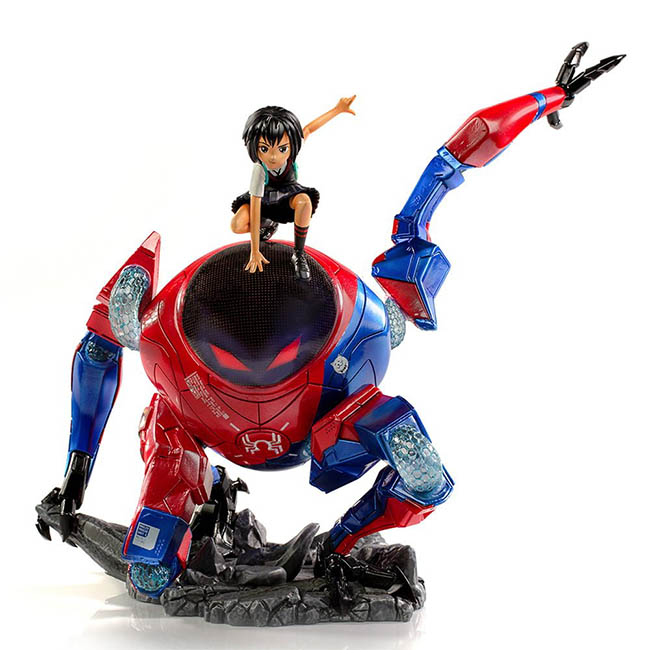 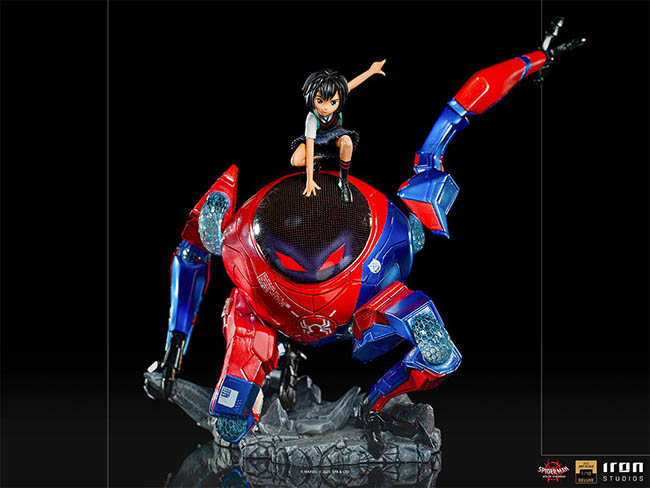 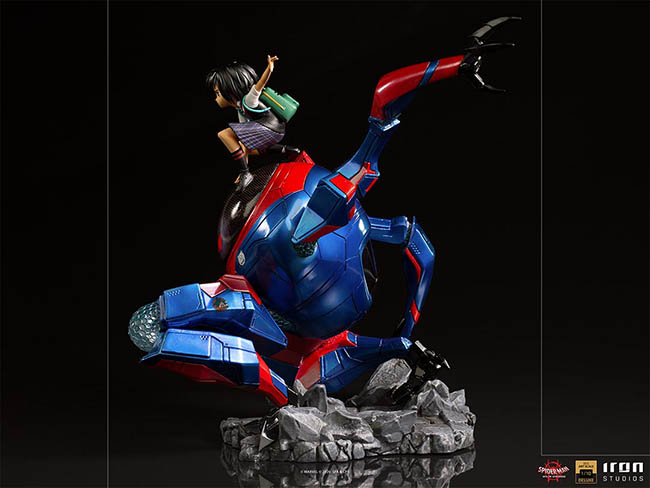 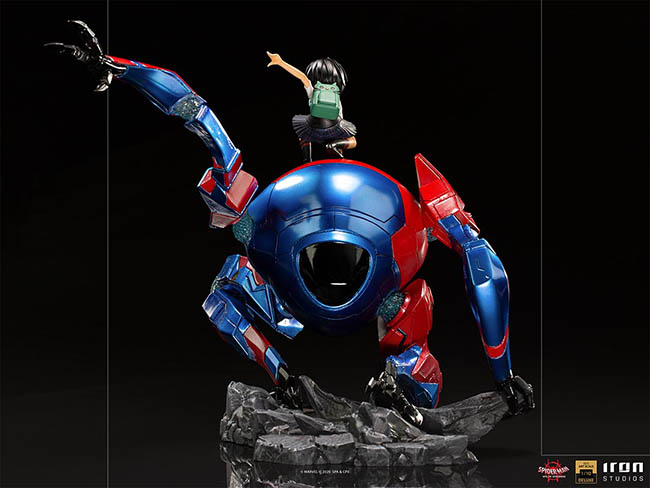 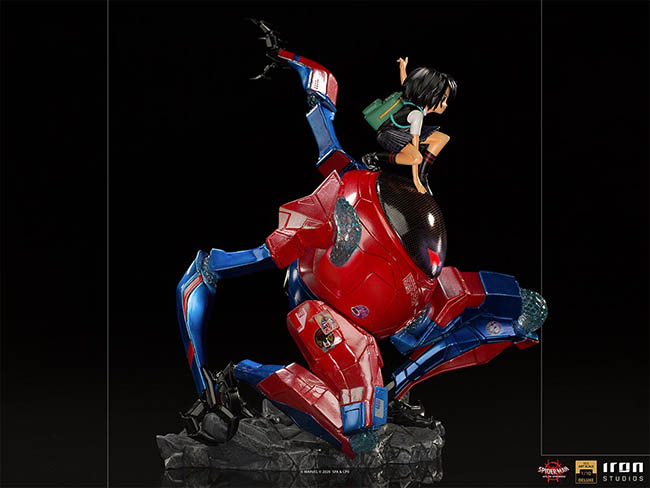 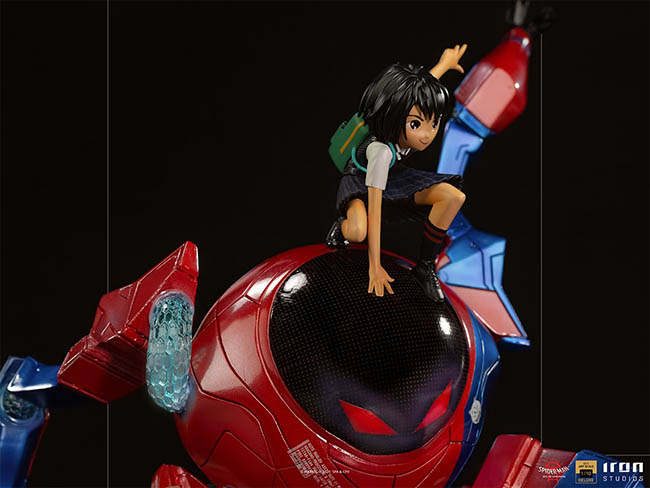 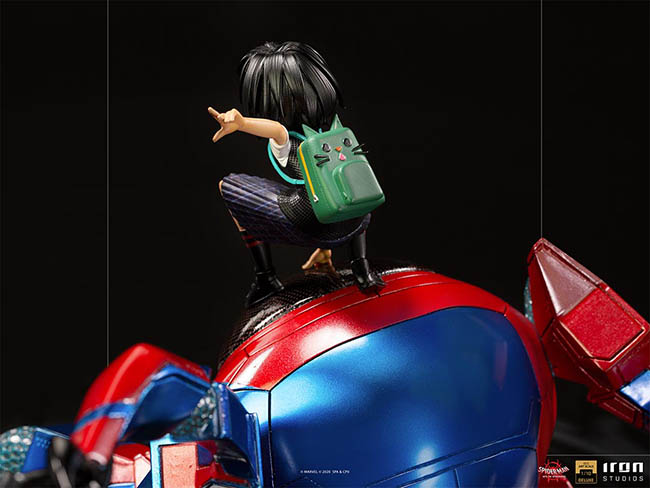 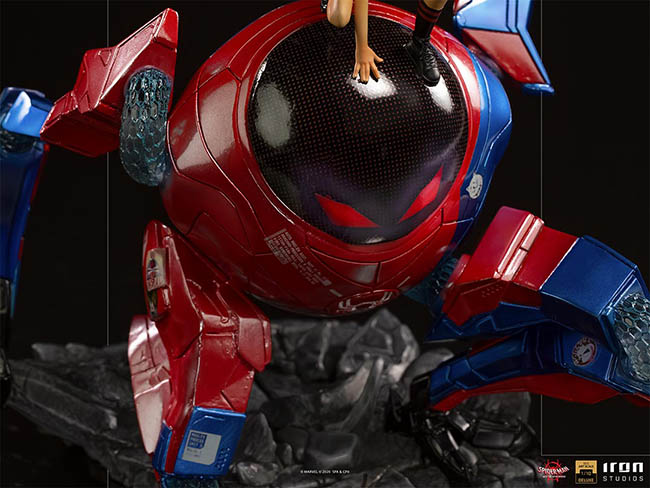 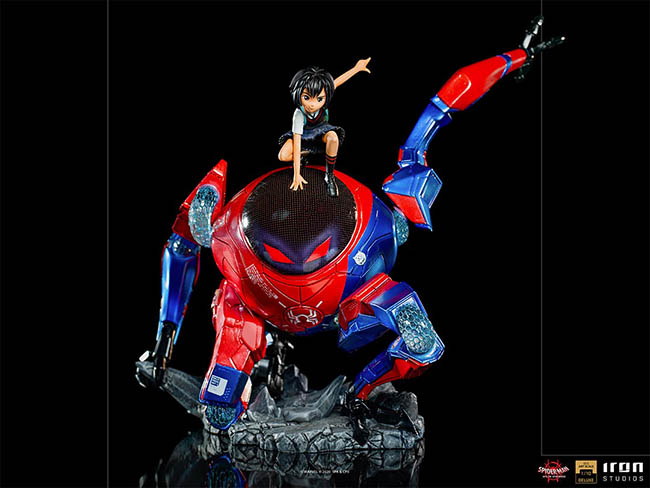 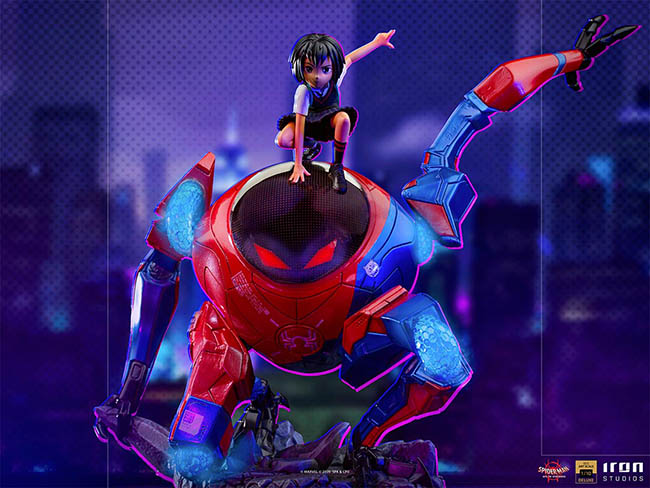 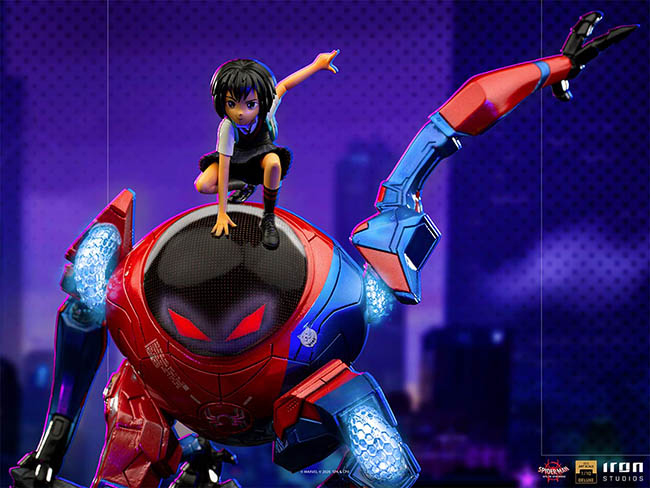 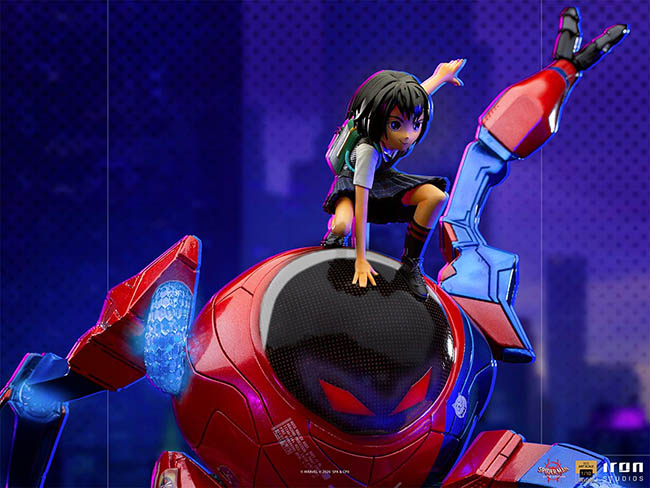 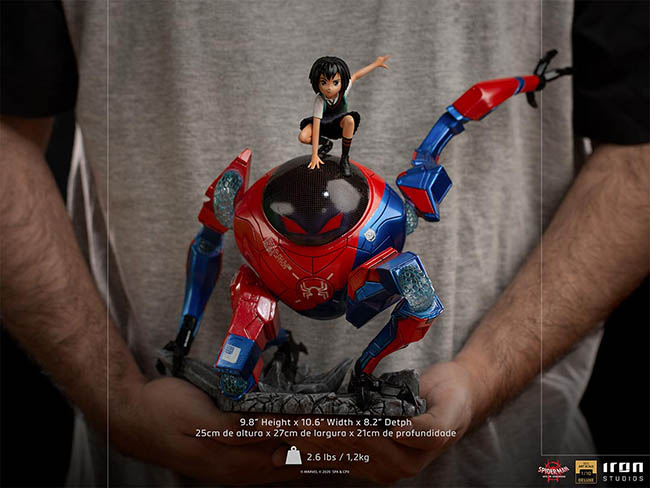 She became known worldwide in the award-winning animated feature film ”Spiderman: Into the Spider-Verse” of 2018. Now she will win her first statue by Iron Studios with ”Peni Parker-Spider-Man: Into the Spider-Verse Art Scale 1/10 ”, featuring the brave teenager of Japanese descent on her Dr robot in full psychic connection ready for action, completing the collection that forms the Iron Studios diorama inspired by the film.

In an alternate reality, Peni Parker was nine years old when her father died flying the robotic fighting crime in New York City. Adopted by her uncles Ben and May Parker, they revealed that she was the only person capable of continuing the project, and accepted the responsibility, allowing the radioactive spider that formed the other half of the CPU to bite her, creating then a psychic connection with the suit and the pilot. So, at the age of 14, after defeating the villain Mysterio, she took her father\’s place as protector of the city. Inspired by Japanese animations and manga like Evangelion, she was created in the comics by Gerard Way and Jake Wyatt in 2014.

The film takes place in a shared multiverse called Spider-Verse, which presents different alternative universes. Peni’s story in the film is presented in the Anime style and the production won the 2019 Golden Globe Award for Best Animated Film, and was nominated for the same category at the 24th Critics Choice Movie Awards, receiving several awards and nominations.