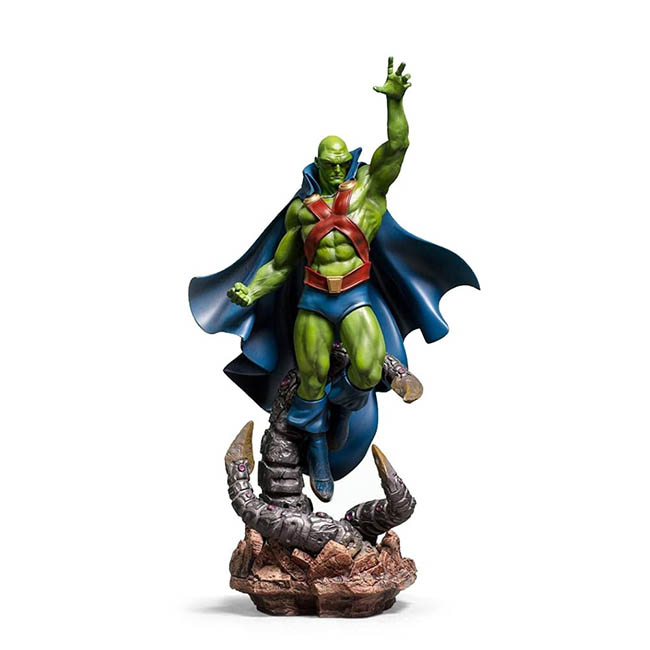 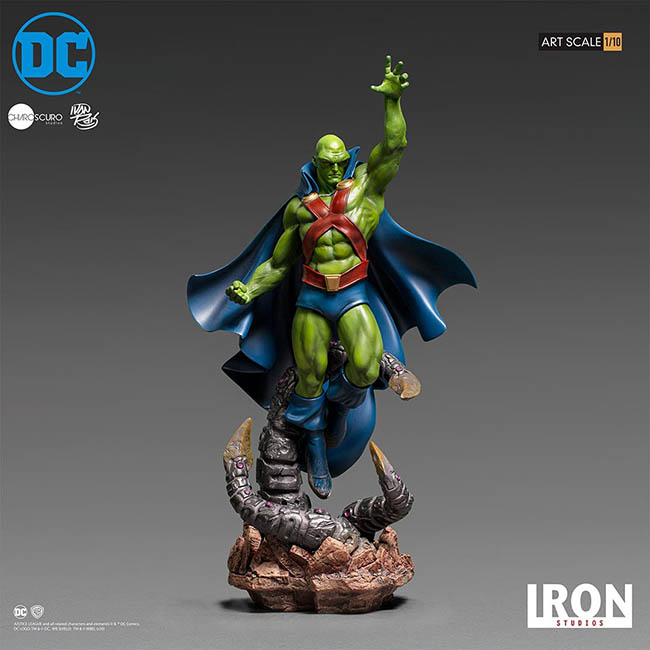 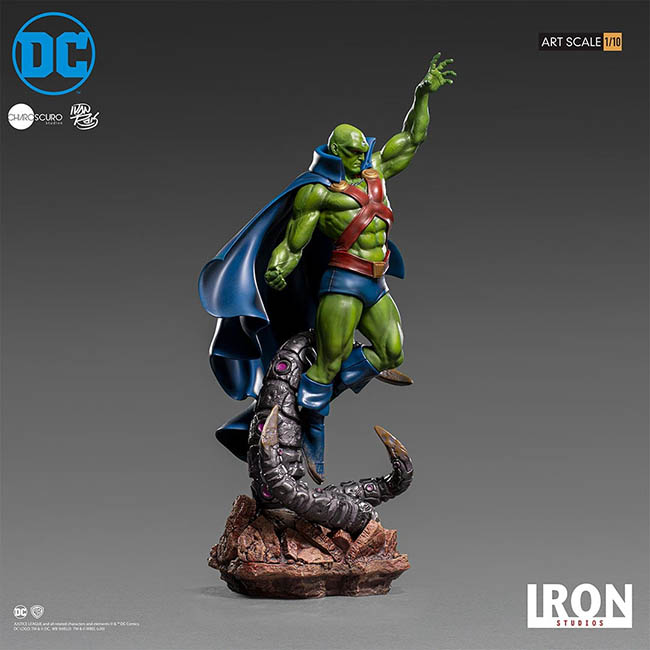 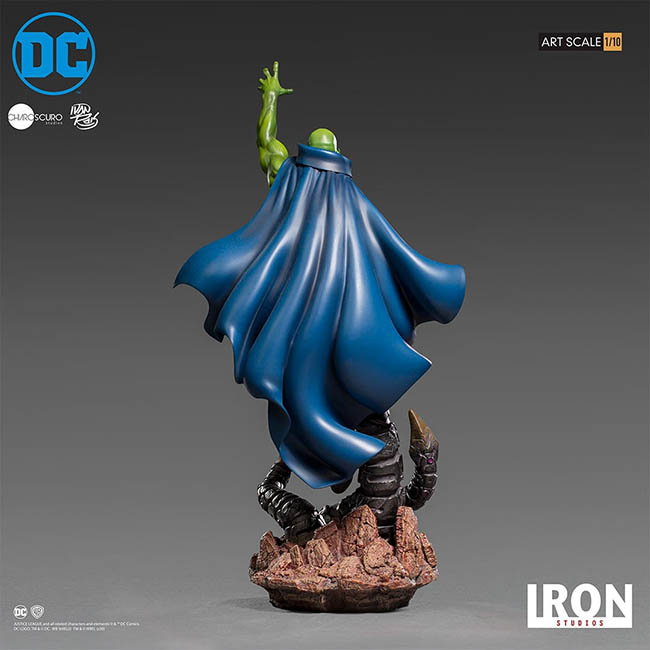 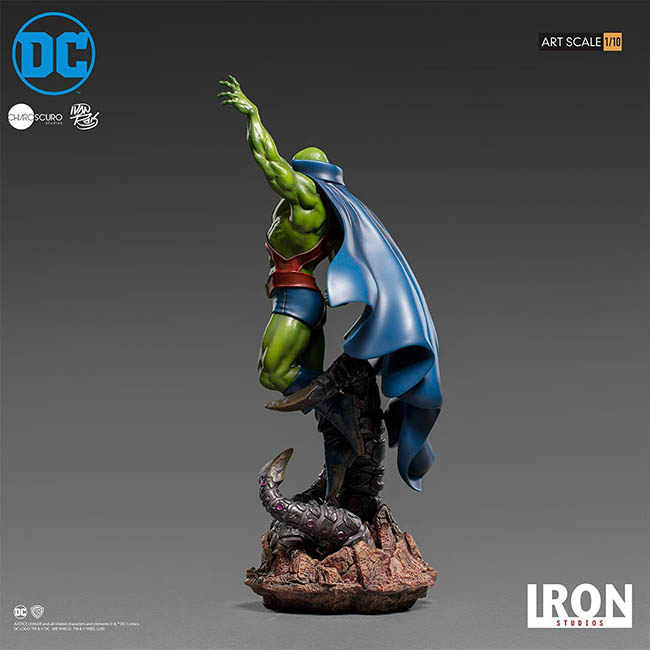 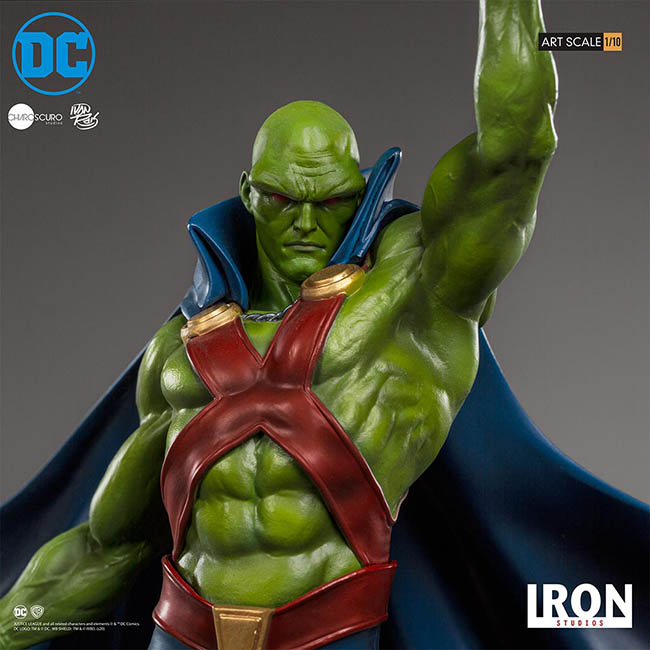 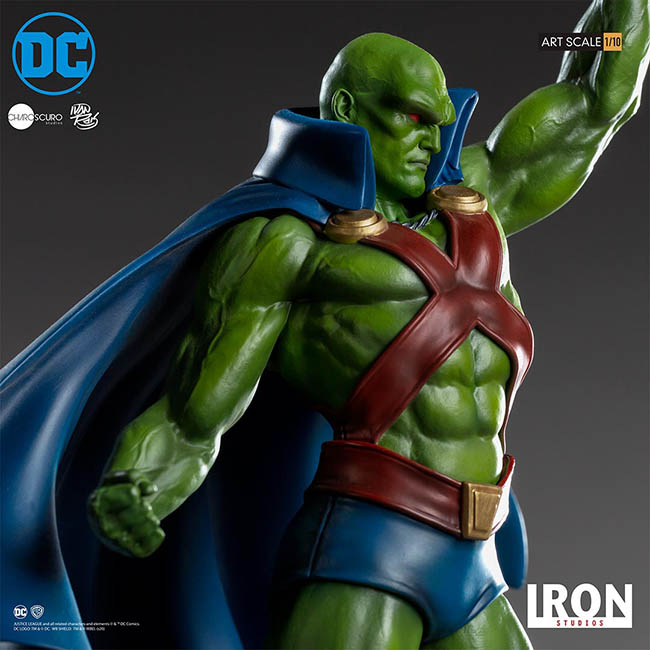 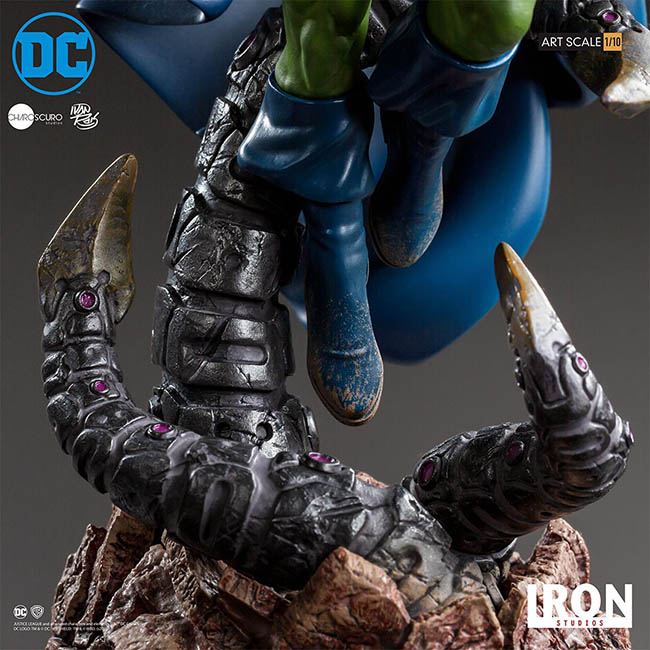 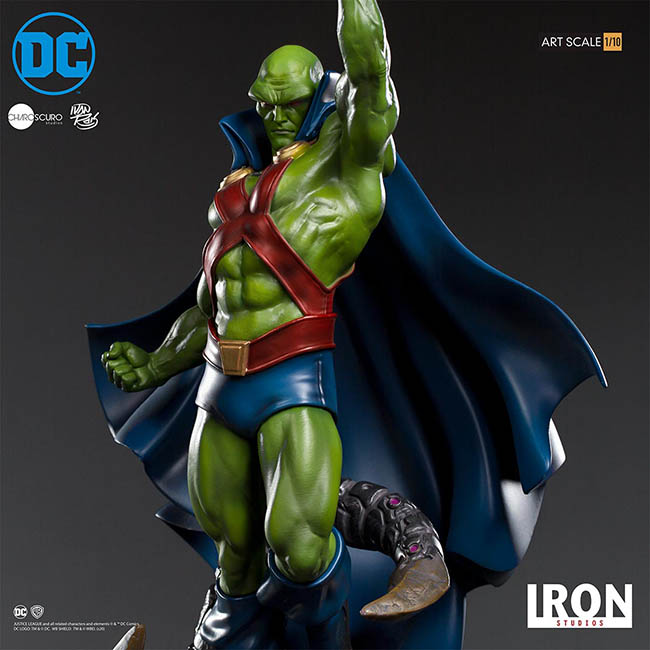 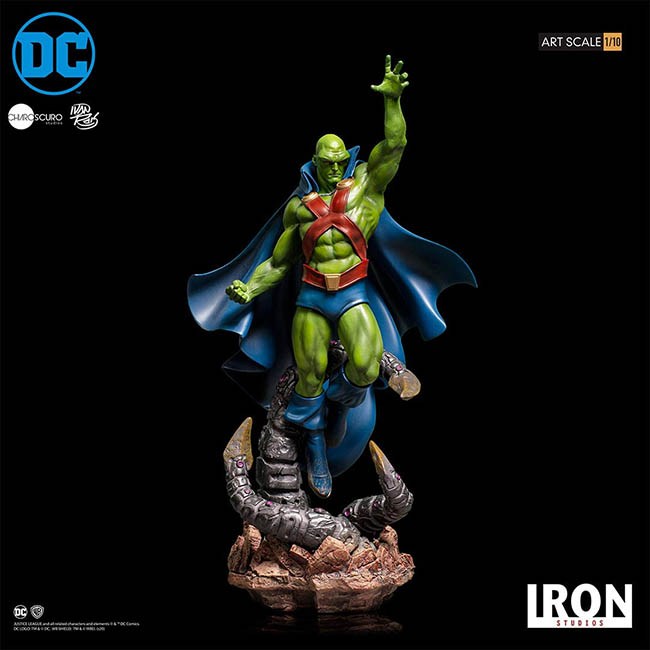 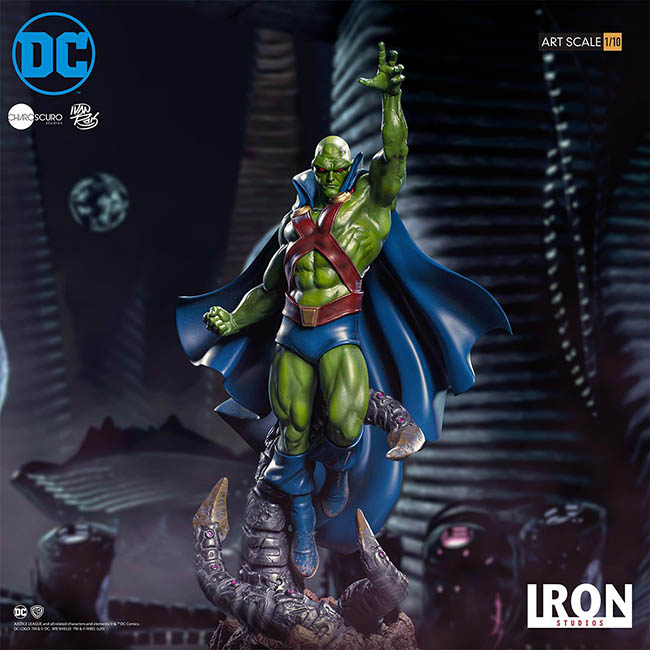 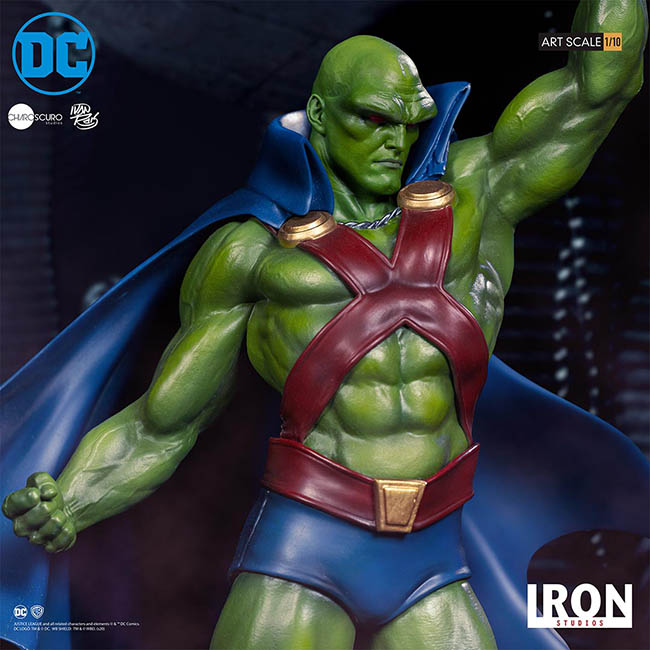 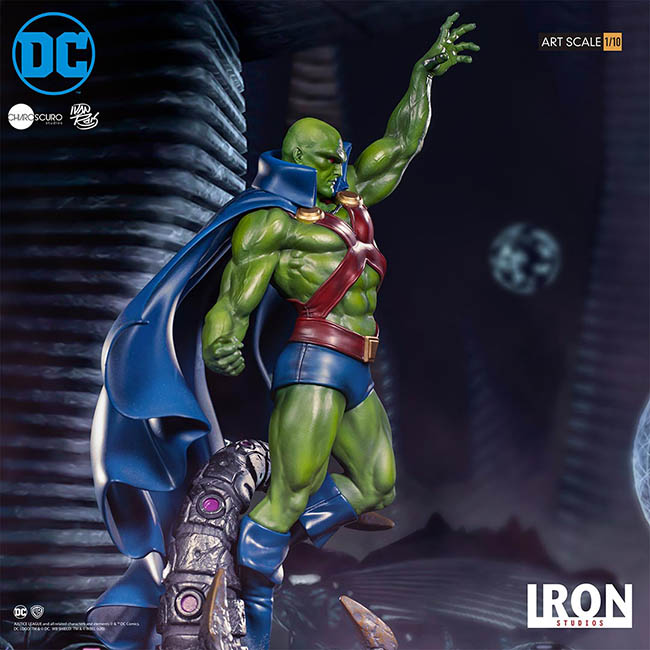 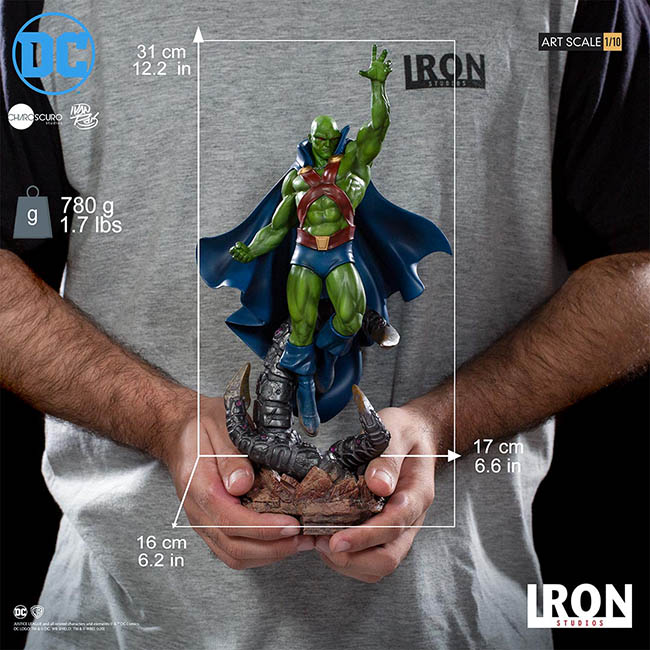 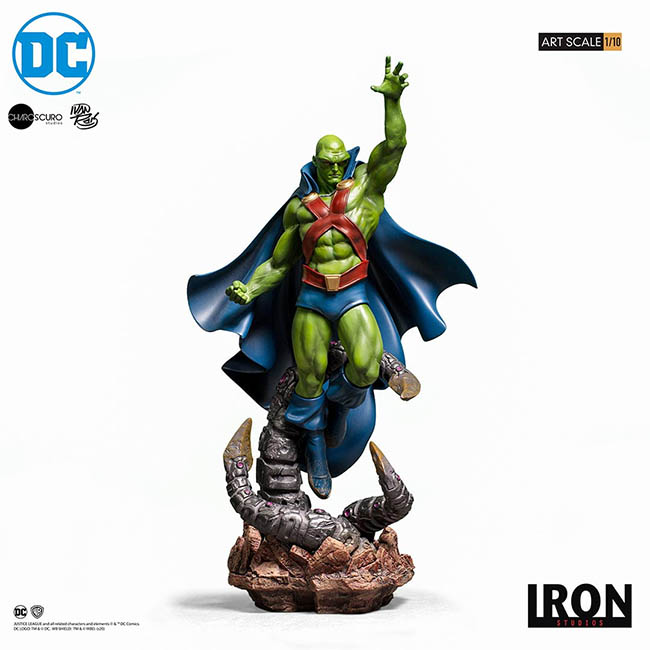 In its most classic look, Iron Studios in partnership with renowned designer Ivan Reis, presents yet another legend from the DC universe, ”Martian Manhunter Art Scale 1/10 – DC Comics by Ivan Reis Series # 5” bringing the iconic hero of the planet red floating on a base that refers to the arid and rocky terrain of Mars, from where the tentacles of a mysterious underground alien creature emerge in search of the hero’s capture.

Created by Joe Certa and Joe Samachson in 1955, J’onn J’onnz is the last descendant of an extinct Martian race that was accidentally transported to Earth. Here, he assumed the identity of the murdered detective John Jones, to adjust to earthly life. One of DC’s most powerful heroes, Martian Manhunter (the Mars Hunter) has super-strength, speed and vigor over humans. He is a shape-shifter (can take any form he wishes), has telepathic powers, the ability to fly, in addition to being able to become invisible or modify the density of his body, thus assuming an intangible or super-resistant shape. Its greatest weakness is fire. Founding member of the Justice League.

Iron Studios presents Martian Manhunter Art Scale 1/10 Statue from DC Comics. Our hand-painted collectible statues and toys are the best gift for yourself or loved ones.

Grow your collection with this DC Comics Collectible Statue!