Push-Pull Physics
An expanded player interaction system brings our Real Player Motion Technology (RPMT) into the fight for the ball. Feel enhanced physicality in the battle for possession during open play and in set piece situations as players jostle, push, and pull with more responsiveness than ever before.

Sights & Sounds
With thousands of authentic chants, captured exclusively from the world’s biggest competitions, including the Premier League, LaLiga Santander and the Bundesliga, FIFA 21 on both current and next gen brings you the ultimate EA SPORTS Atmospheric Audio experience, unparalleled in sports video games.

Next Level Realism
Next-gen technology creates a greater definition of player physique. Muscles flex after striking the ball, Frostbite™-enabled strand-based hair responds authentically to player movement for some of the games biggest stars, and enhanced realism of faces and kit cloth take the world’s best players to a whole new level of dynamic realism.

Off-Ball Humanization
From tiredly adjusting shin pads in the 89th minute to screaming for a through ball from a team mate, Off-Ball Humanization creates visual animation texture and authentic character behaviours that let you feel all the emotion of football at the highest level.

GameCam
Inspired by the look and feel of top-level football broadcasts, a new gameplay camera gives you a fresh perspective on every match. See more of the pitch to help you plan your build-up play or block passing lanes, and watch home and away fans react to the game in real time. 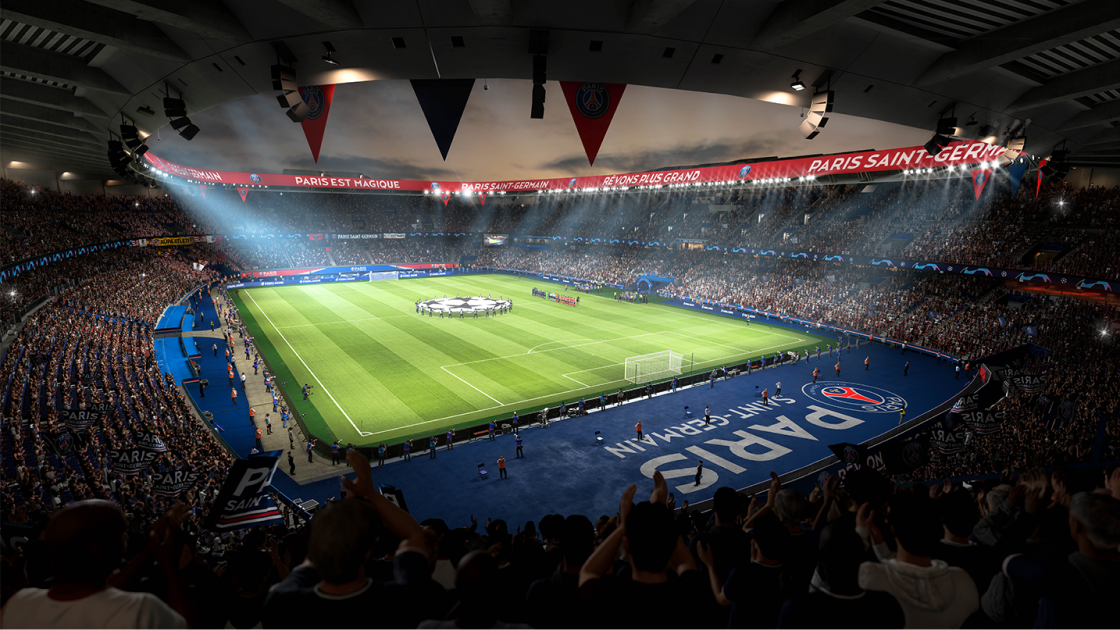 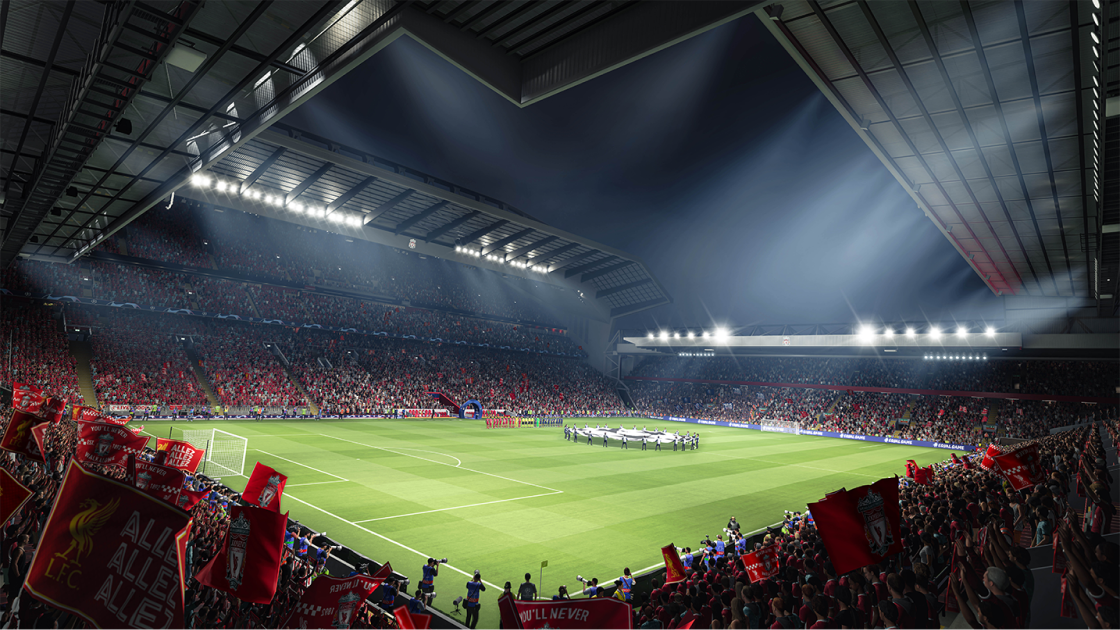 From Anfield to Parc des Princes, the Etihad to the Bernabéu, our new deferred lighting system creates an ultra-realistic football experience. From acutely detailed pitch surfaces, stadium materials and atmospheric effects to sideline characters like substitutes, stewards, and home and away crowds, FIFA 21 visuals enhance every part of the World’s Game.

PreMatch Live
New pre-game cinematics deliver an unprecedented matchday experience to immerse you in the sights and sounds of football at the highest level. See team buses arrive at the ground prior to kick-off, feel the buzz as fans enter through the turnstiles, and watch players pass through the media zone on their way to the pitch.

Big Goal Moments
Some goals just mean more. New contextual player, bench, and fan reactions respond to the match situation to let you feel the explosive emotion and drama of a last-minute UEFA Champions League winner or a relegation-saving equaliser.

Lightning Fast Load Times
The power of next generation consoles delivers faster load times that get you in the game quicker than ever before. In FIFA 21, you'll go from menu to kick-off in under two seconds*.

*Load time is representative of Kick-off mode to match on Xbox Series X|S.