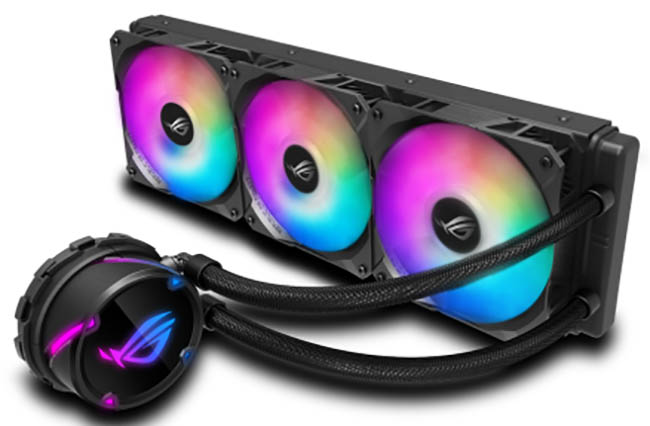 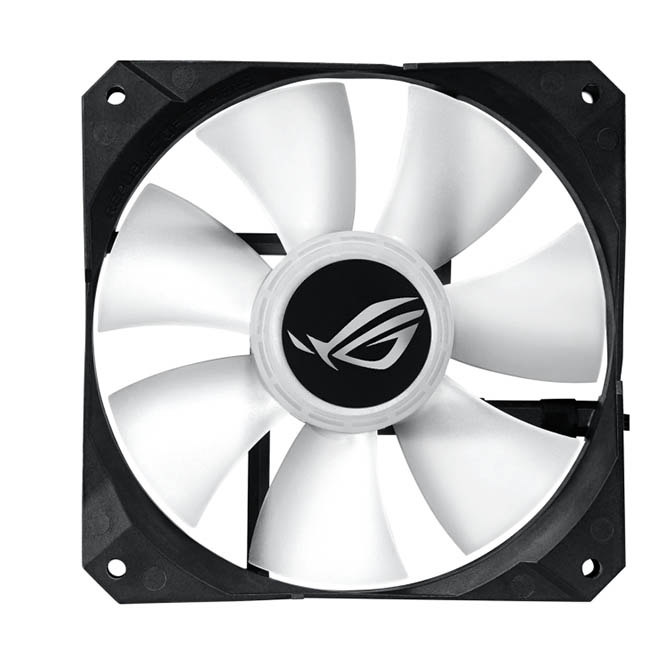 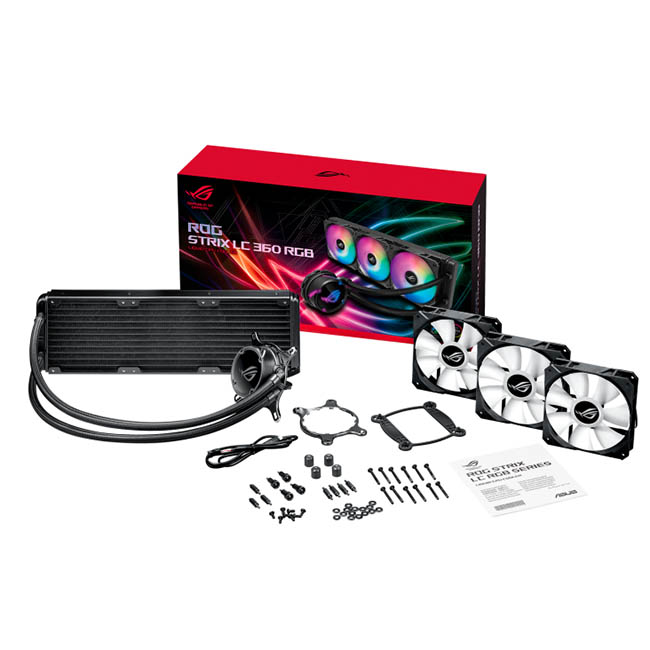 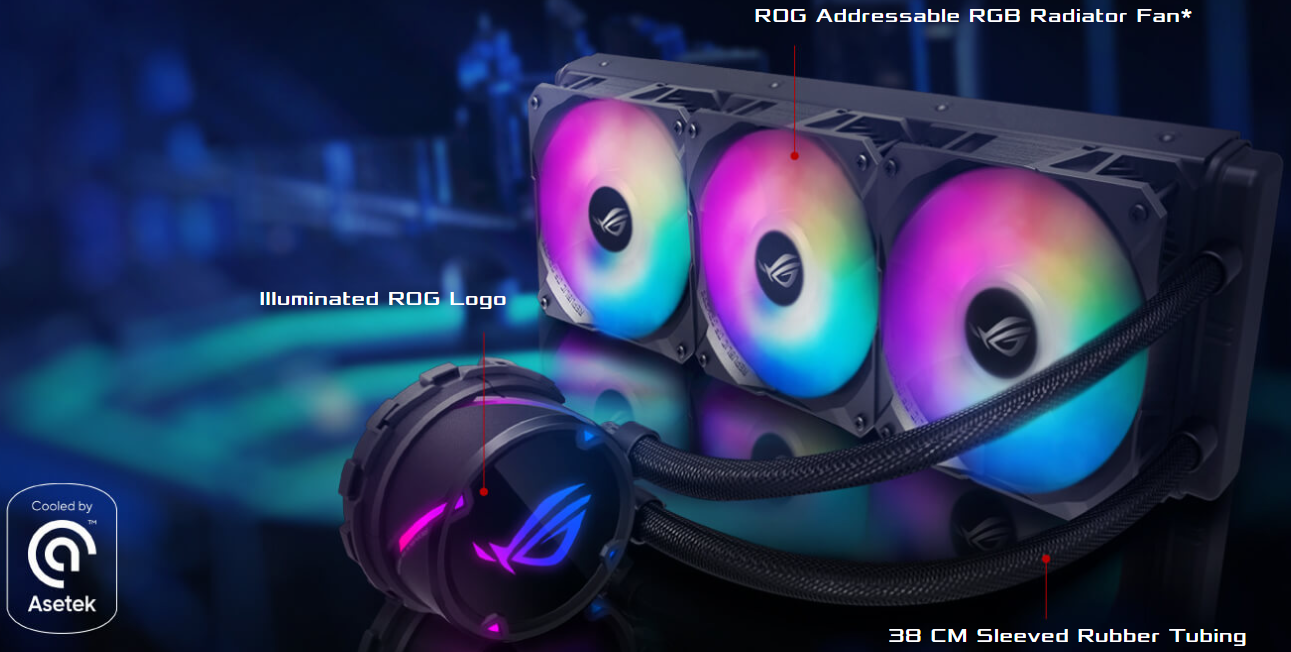 ROG Strix LC RGB high-performance CPU liquid coolers are perfect for RGB enthusiasts. They feature the same closed-loop design as our Strix LC series but with the added benefit of addressable RGB radiator fans – enabling you to unleash the full potential of your unlocked Intel or AMD CPU, while further accentuating your build with brilliant multi-color lighting effects. With the performance, features and style you expect from ROG, Strix LC RGB coolers are ready to become an essential part of your gaming system. Radiate your gaming identity
Featuring the iconic ROG logo, signature slash on the pump housing and radiator fan that all glow with Aura RGB lighting, ROG Strix LC RGB series coolers add a vibrant burst of color and sleek style at the heart of your build. The lighting color and effects can be customized to match your system's colors for a unified look that's totally your own. Precise 4-pin PWM pump control
With four-pin PWM control for both the pump and radiator fans, ROG Strix LC RGB series delivers precise speed control for the perfect balance of performance and acoustics in every scenario.

EXTENDED COMPATIBILITY
Rog Strix LC RGB series is compatible with a wide range of Intel and AMD motherboard platforms, giving you the flexibility to pair it with your choice of processor. It also comes fitted with 38cm of tubing to make mounting and routing easier.

AMD
AM4, TR4*
*the mounting bracket is bundled with TR4 processor package