Sing us a song, you’re the Yooka-Laylee, Man. 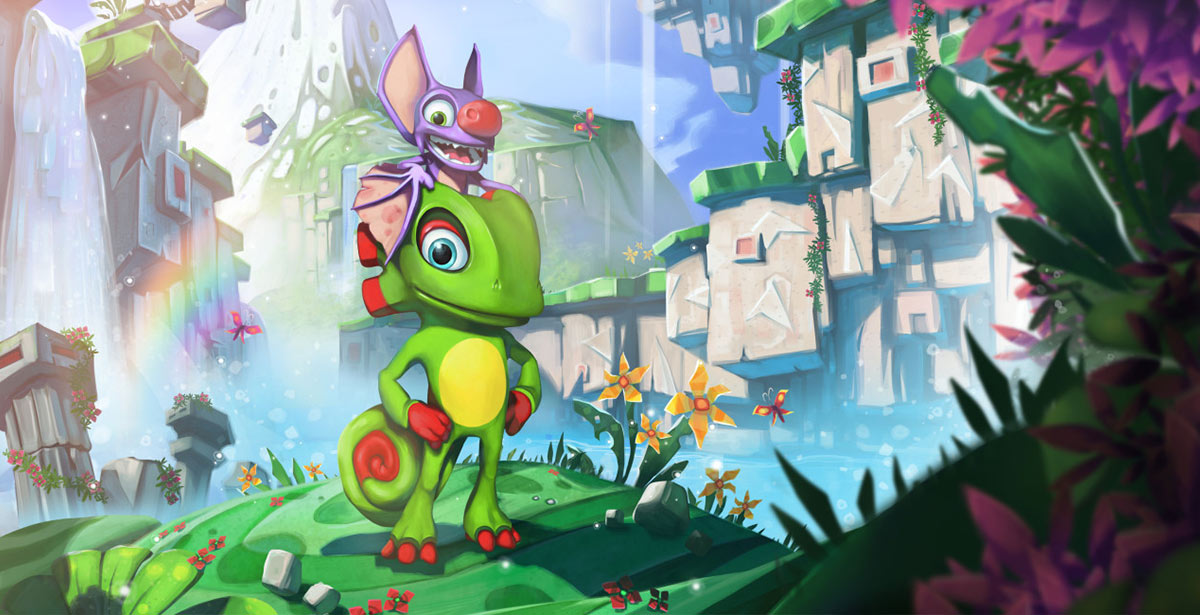 I’ve said so many times before — 3D Platformers are a dying breed — that it has become part of my standard repertoire when discussing games and my preferences. Looking back at my younger days, I recall experiences such as Croc, Spyro, Gex, Banjo-Kazooie and a host of others with fondness. It’s a genre that barely exists anymore, though there are some variations of them – most of an action variety rather than a platforming nature. So, when some of the former Rare team members joined up to create their own studio, and Kickstarted a new 3D platformer, I was all for it. But, does Yooka-Laylee play as a sweet melody, or is it more like a poor Bob Dylan attempt? It’s Sad and it’s Sweet. But mostly a bit sad.
Yooka-Laylee has the potential. It has all the right elements to be a fantastic 3D platformer. You have two sweet lead characters — one a bat, the other a lizard — in a fantastical world where the evil Capital B has a frightful plan to rid the world of all its books. As the books start disappearing off the face of the world, Yooka and Laylee stumble upon an extremely valuable book, worth a lot of money, that subsequently starts disappearing with the rest of the books of the world.

This inspires the unlikely duo to explore their world away from the junkyard they reside in and see what is going on. They then stumble on Capital B’s big plan (or part of it) and take off on an adventure to rid the world of such atrocities. The premise is fantastic with a constant play on literary terms filling the narrative in a witty manner.

The Sweet
The writing is easily the strongest part of Yooka-Laylee. It’s filled with the kind of humour you would hope to see in this kind of game, together with a fair amount of references to popular culture and the current gaming industry. I mean, there’s a character who is a minecart, called Kartos: The God of Ore. Winning. One downside to the narrative, depending on who you are, is that there is zero voice acting. It’s all text-based storytelling while the characters make incomprehensible noises that make them sound like they are having a fit. If you have history with the genre, it’s easy to look past, but this is 2017, and some might find this inexcusable. The platforming and puzzles in Yooka-Laylee are equally quite excellent. Throughout the five different worlds and the intermittent hubs, there is plenty of variety in how you go about acquiring the main collectible, called “Pagies”. There are platforming sections that require jumping, timed falling, and moving, a combination of Yooka and Laylee’s moves (double jump, glide, roll, high jump, concussion, and so on…). Just understanding the lay of the land is key to progress.

The puzzles, for the most part, are well thought out and follow varying degrees of difficulty. Some are as simple as pushing switches in a specific order or collecting a number of gems while riding a minecart, or accessing one of Rextro’s old school arcade machines and getting the top score. Other puzzles are much more challenging and require you to head through a number of confusing sections before you realise how to free that seemingly unreachable Pagie without falling to your death. Overall, there’s a good balance in the puzzles, particularly in the first half of the game.

The Sad
As good as the writing is, the plot is generic. It doesn’t matter much, but it would have been great if there was some kind of new formula thrown into the nostalgia factor. Yooka-Laylee plays A LOT on that old-school feeling, times to its detriment. Games have moved on, but there’s no sign of that in Yooka-Laylee, apart from some witty retorts aimed at said progression. While the platforming and puzzles are well-designed, it does get a little bit repetitive at times. Yes, the puzzles will require either a new move or way of thinking, but at some points it’s a minor change which makes you feel like you are essentially doing the same thing over. The biggest let down in the game is that the boss battles feel anti-climactic. So much so, that I couldn’t bring myself to find the last few Pagies required to unlock the end. I know where the story is going, and I feel like the game has broken my spirit.

What truly affects the game is that the camera and controls feel a bit wonky. One of the key aspects to any good 3D platformer is the camera control. There were just too many times where I was unsuccessful in my attempts purely because the camera threw me off. It causes frustration where there really shouldn’t be any, especially in simpler sections. The controls also don’t feel quite as tight as they should be. Jumping doesn’t feel consistent, and the combat is extremely limited so that half the time you’ll lose focus to get through a section that feels almost superfluous.

Yooka-Laylee’s primer, if you would, is that it’s a game that allows you to play it in any order you like. There’s no mini-map and there’s no limits on how you play the game. Sadly, what is billed as a positive, feels like the opposite. While the game alludes to the idea that you can play however, you simply cannot. Some areas are only accessible once you have unlocked certain moves and a number of collectibles. This means that you will need to move back and forth between the different worlds if you want to collect everything and complete the puzzles, and eventually the game. It meant that after hours in the first world, where I thought I could do everything in one go, I realised it was impossible and had to revisit later. It annoyed me to no end. This ties in with the lack of mini-map. Now I know many will say that this is pure 3D platforming and the limitation adds to the challenge, but what it really did was add to my annoyance. Going back to worlds and trying to remember where I had left things behind was tiresome, especially as the levels had no real discerning features.

We’re all in the mood for a melody, but…
Yooka-Laylee definitely has its positives. Great platforming, puzzles, and writing are the basics any good game needs, but they aren’t always enough to get you through a game. The nostalgic value adds another element, but at the same time adds to the detriment. I am a massive fan of 3D platformers, particularly of the old-school variety, but Yooka-Laylee sadly didn’t have enough to keep me going.

Yes, it does have a strong pull-factor if you miss the genre, and it will keep you entertained for many hours. It’s the kind of game I would recommend to anyone desperately wanting to play something of the 3D platform variety. But just be aware of its limitations so that your expectations are managed. It’s at a cheap enough price on the Xbox One (digitally) for me to recommend it. It’s a slightly tougher sell on the PS4 though. Overall, I feel as though Yooka-Laylee has teased me with the past. So many good individual aspects giving me a glimpse of what I loved of the genre. But there are so many other parts of it that detract from the experience and make me wonder if I put up with such things in the past, without noticing them. Simply, 2017 requires a lot more polish in games, whether it is an indie title or AAA, and Yooka-Laylee doesn’t quite meet those expectations. Guess I will go get my tonic and gin. 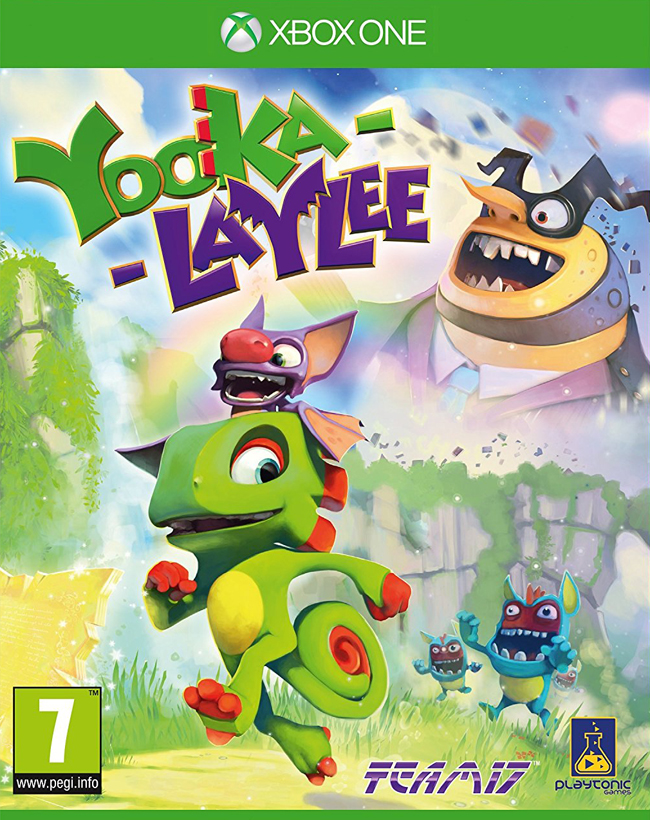