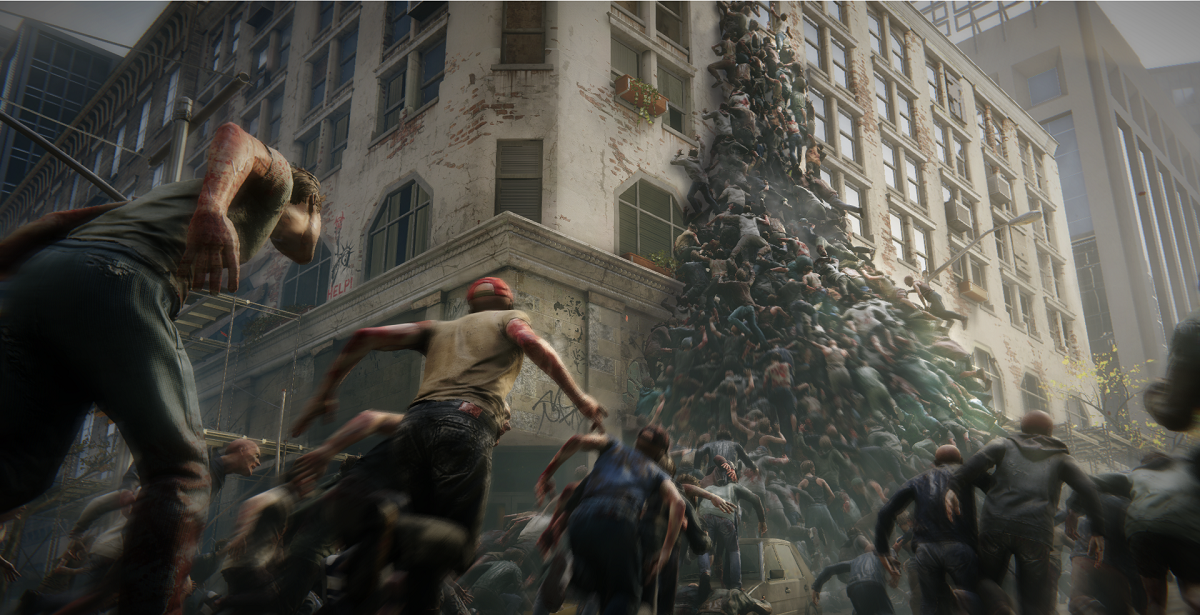 World War Z is a third-person co-op shooter from Saber Interactive, based on a book of the same name, and is set in the same universe as the 2013 film adaptation. Games release at a break-neck pace all year round, crowding the market and demanding our attention. World War Z is no different in this regard. At the same time, I can't help but feel like this is only the "foundation" of a much larger and more grandiose game. Hear me out, this is by no means a bad game, it's just that it could have been one of the biggest hits of 2019, if not for some poor design decisions. 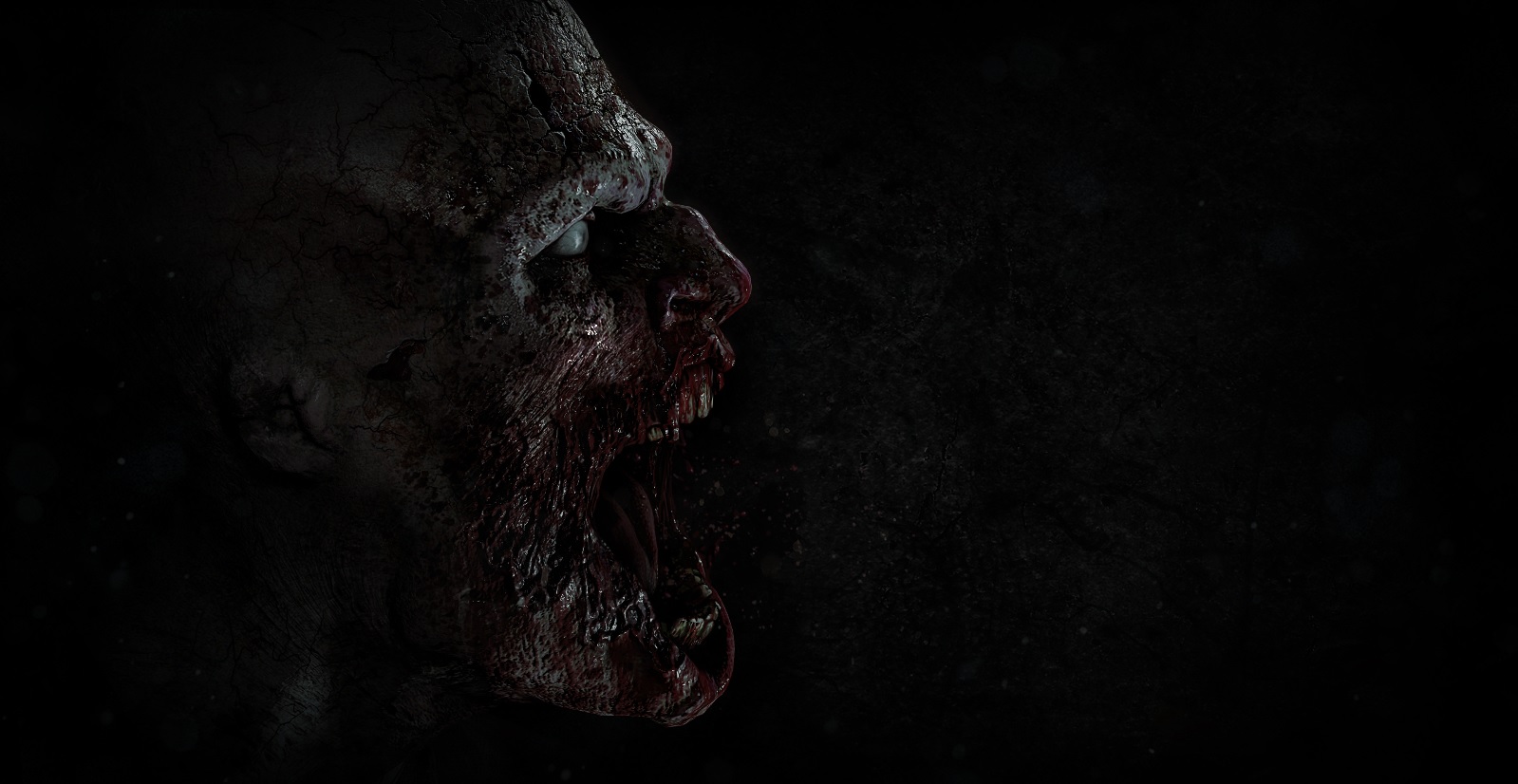 Jumping straight into gameplay, the Swarm Engine has to be commended on its performance and ability to render so many enemies on a single screen. Zombies stumble over each other, vault over obstacles and scamper up walls, all in the effort to reach you. They act as if "alive", for lack of a better word. The A.I. observer is another feature that enhances your experience based on your performance. When detecting your struggle with a particular mission, the A.I. observer will tone done the difficulty (including zombie spawn points, gun spawns, and zombie behavior) to give you a fighting chance, If you're progressing a little too smoothly to the A.I. observer's liking, it will ramp up the difficulty so as to prevent the gameplay from becoming lax. It really is a unique feature, one I saw in motion more than once.

In one early mission, I was tasked with escorting a doctor. While making my way to the safe locale, we were overwhelmed and the doctor met a grizzly end. Upon retrying the mission, everything was different. Fewer zombies spawned, I got an absurd amount of powerful guns, and the defensive position had more than enough utility spawns, such as voltage traps, and automated turrets. This was the A.I. observer taking pity on me. 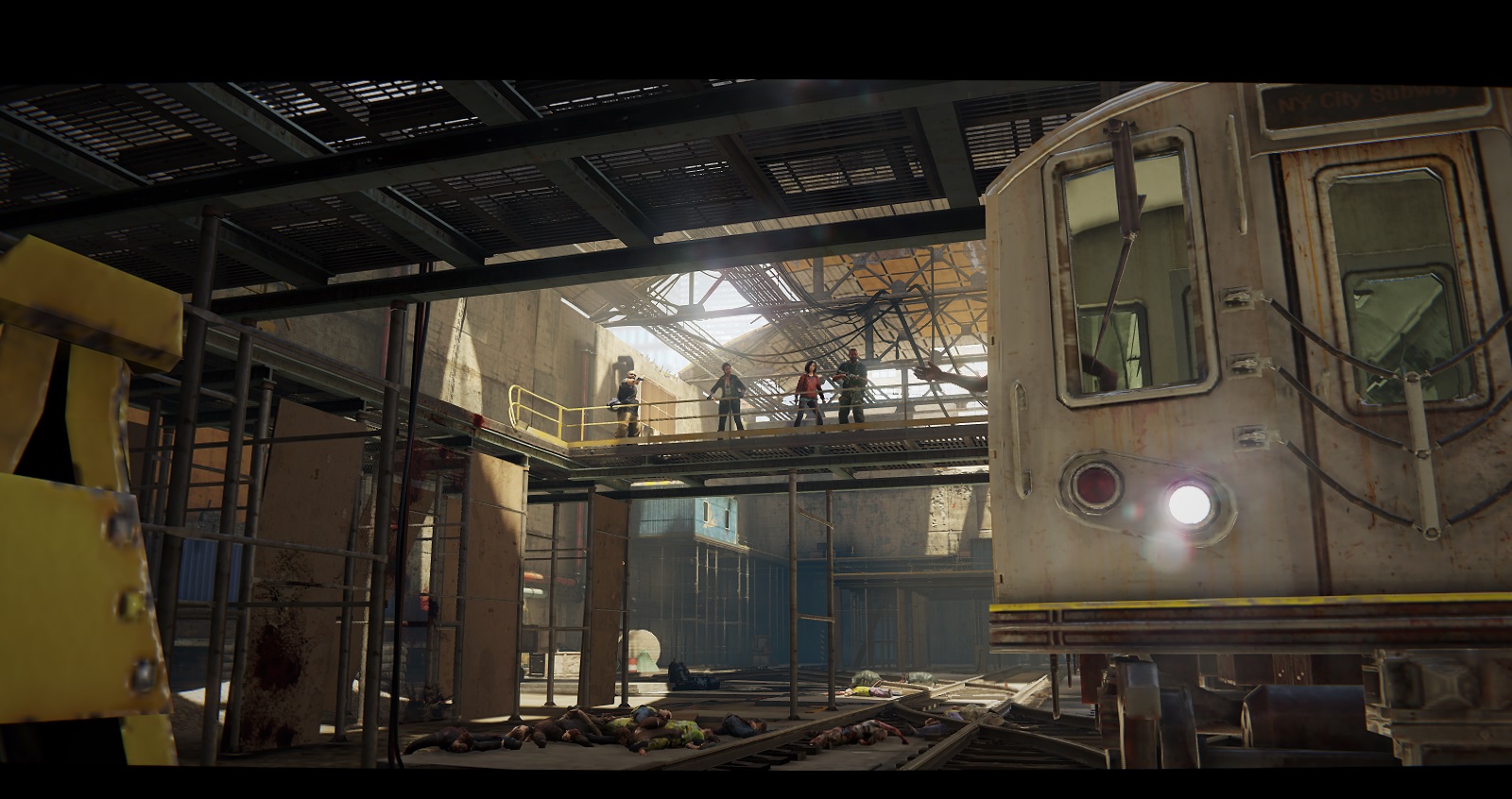 With that said, I now have to tell you about the actual moment-to-moment gameplay. Each chapter plays out more or less the same. You pick your preferred character, select a class and start the mission (either online co-op or offline solo). Killing zombies, flipping switches, collecting parts and opening doors are essentially what you'll be doing. The only problem is, other than the physical locals, all these activities feel exactly the same. World War Z would have benefited tremendously from more variety in each chapter. A simple on-the-fly crafting system would have helped the process along, heck, even collectibles could have. The game becomes repetitive fast, but is partly helped by the progression system.

World War Z has so much potential that the current content of the game sometimes aggravated me.

While completing games, you earn points. These points are used to unlock perks for your class and to modify your weapons. The problem is the amount of grind attached to each unlock. Not only that, most of them felt superficial. As I mentioned in my opening paragraph, World War Z has so much potential that the current content of the game sometimes aggravated me. If Saber Interactive has future plans for the game, it might just become one of the greats in the genre. Multiplayer doesn't fare any better. In the few days I was playing World War Z, I only managed to fill a handful of multiplayer games with other players. It was like trying to get a full party in a game that came out years ago, which is honestly very sad. Whether I just had terrible luck or it had something to do with World War Z launching as an Epic Store exclusive, my guess is as good as anyone's. 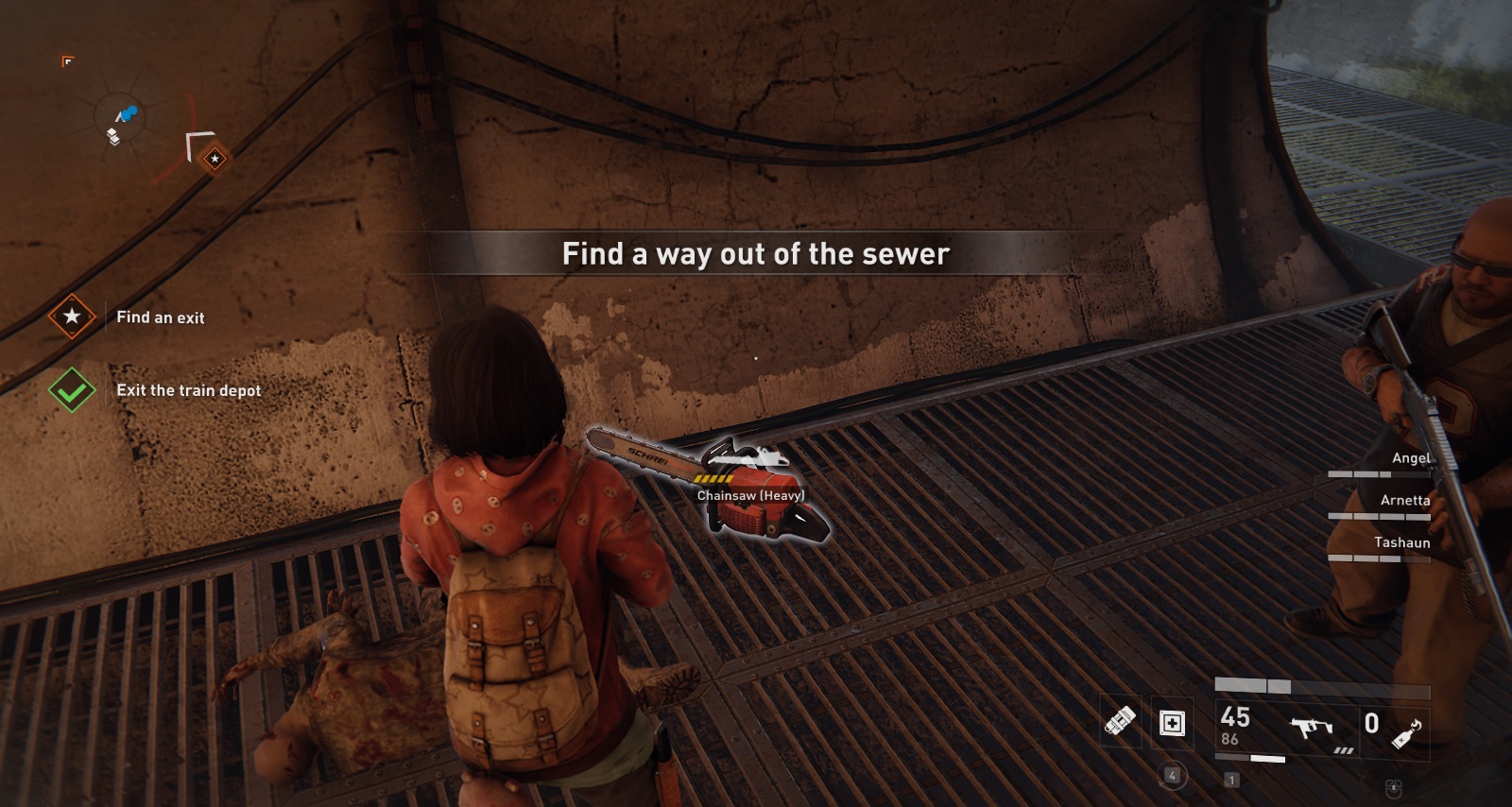 On face value, the story of World War Z is bland. Each individual episode tells the tale of a group of survivors, their struggle for survival and their escape plan. It's only when you head into the "collectible" section on the main menu where you get a much better insight into each character. A mother that is wrought with the "what if" scenario, a young social outcast that just now realized all the ridicule has made her stronger. A female character that comes across as crass and no-nonsense, only to mask what she had to endure during the early hours of the outbreak. These are all relatable, sympathetic character stories, it's just a shame that they are not on the forefront of the game. It would have made playing with each of them a much more personal affair.

These are all relatable, sympathetic character stories, it's just a shame that they are not on the forefront of the game. 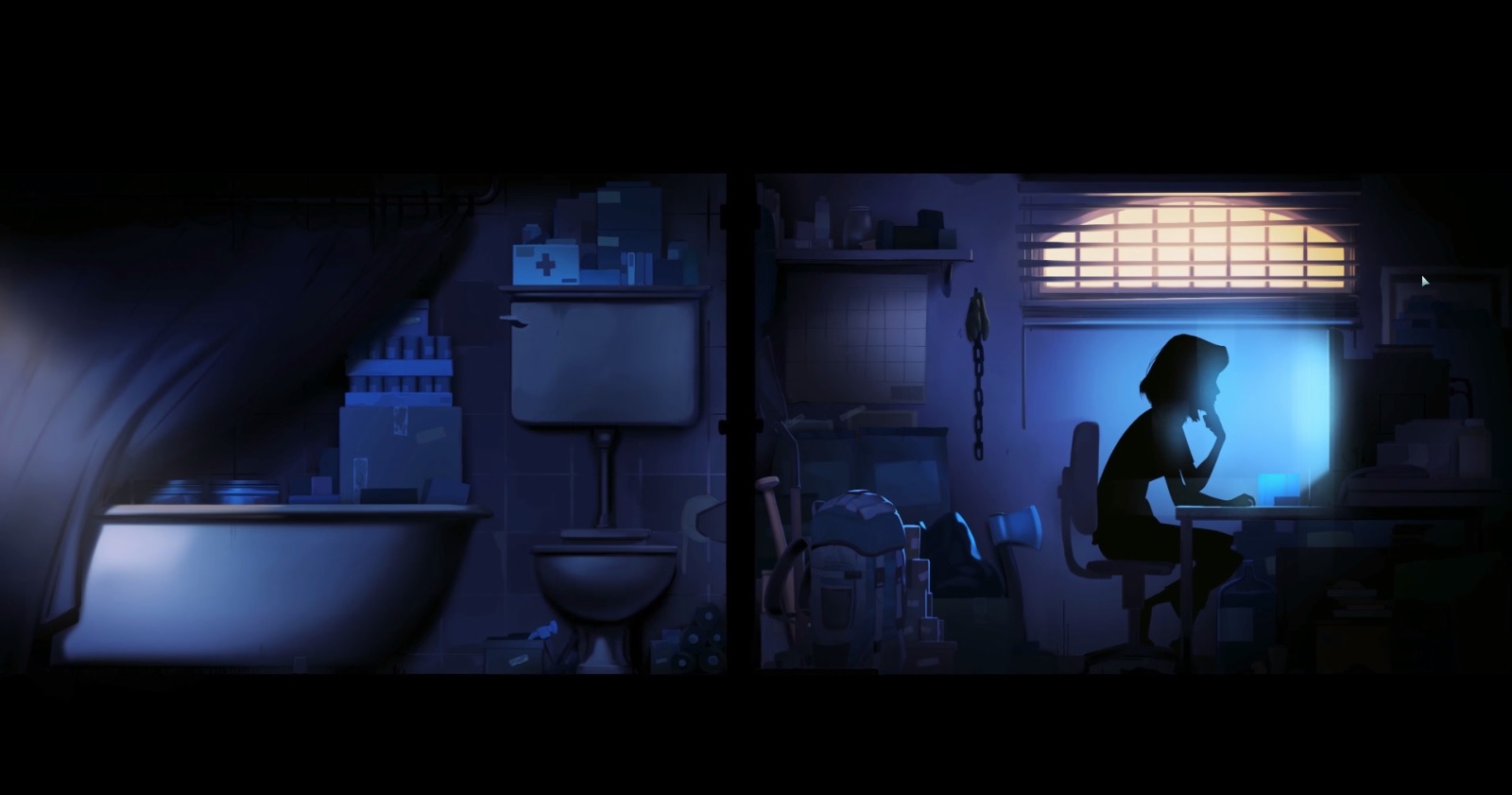 With everything said, World War Z lays a solid foundation for future content, gameplay expansions, and DLC (free or not). The gameplay loop is fun, although repetitive, it delivers a frantic moment to moment shooting experience. The zombie swarm is a sight to behold, especially when they work in unison to get hold of you: their prey. The grind for skills and weapon modifications is to be expected in a game such as this, it's only a shame that it gets bogged down by little to no actual difference when acquiring said skills and modifications. I would have loved to unlock different costumes, accessories and more meaningful weapon mods instead of the almost superficial unlocks they currently have. I'm sticking with the game, but only in the hopes that Saber Interactive will update, expand and support the game for the foreseeable future.

Character stories are hidden in menus

vortex6671
@Lurch. This will def. scraths that L4D itch. As I mentioned in the review, if Saber Interactive continuously supports this game and adds a bunch of features, it might just become a stellar co-op experience.

Lurch
Got my eye on this as I'm always looking for another L4D fix. Will see what they announce and maybe pick up a "complete" edition later.

Tebulot
You lost me at "escorting"
Nope nope nope

Blaze
Gameplay does look like fun. Hope they add more stuff in the future. 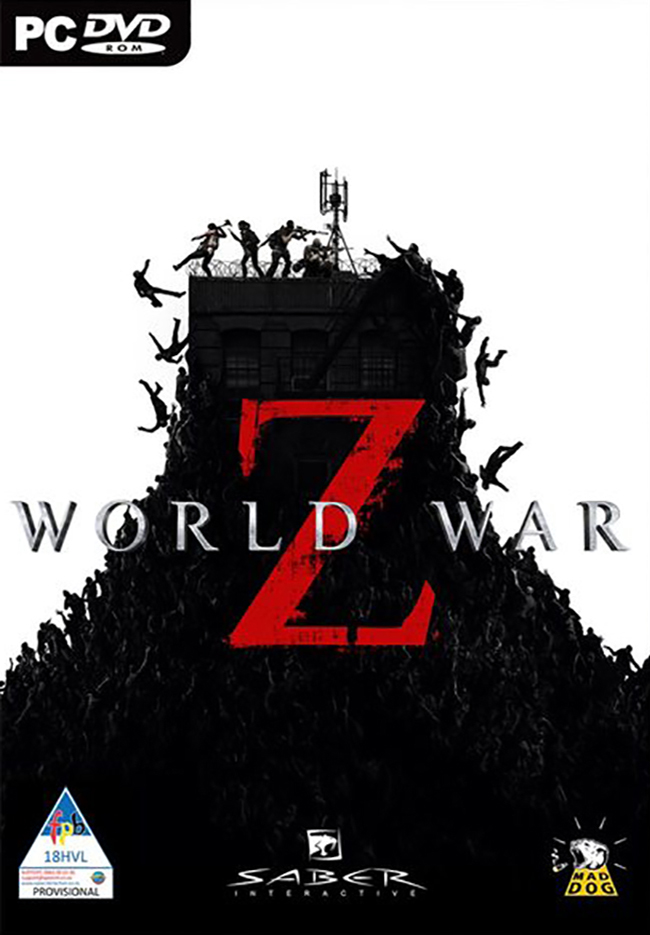