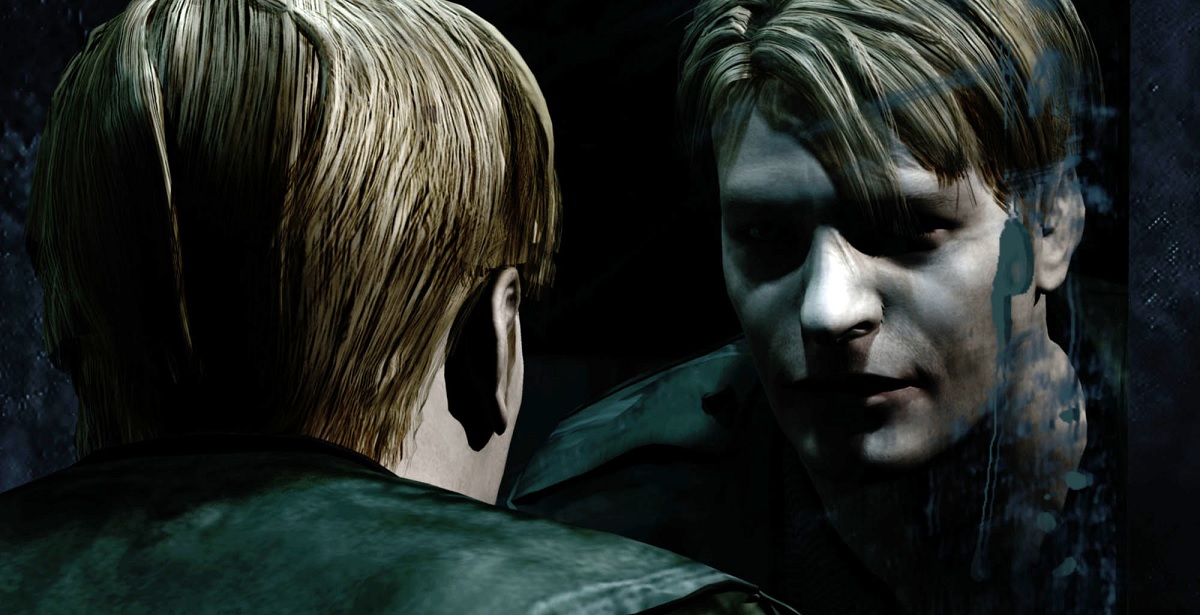 James, honey... Did something happen to you? After we got separated in that long hallway? Are you confusing me with someone else? You were always so forgetful... Remember that time in the hotel... You said you took everything... But you forgot that videotape we made. I wonder if it's still there... 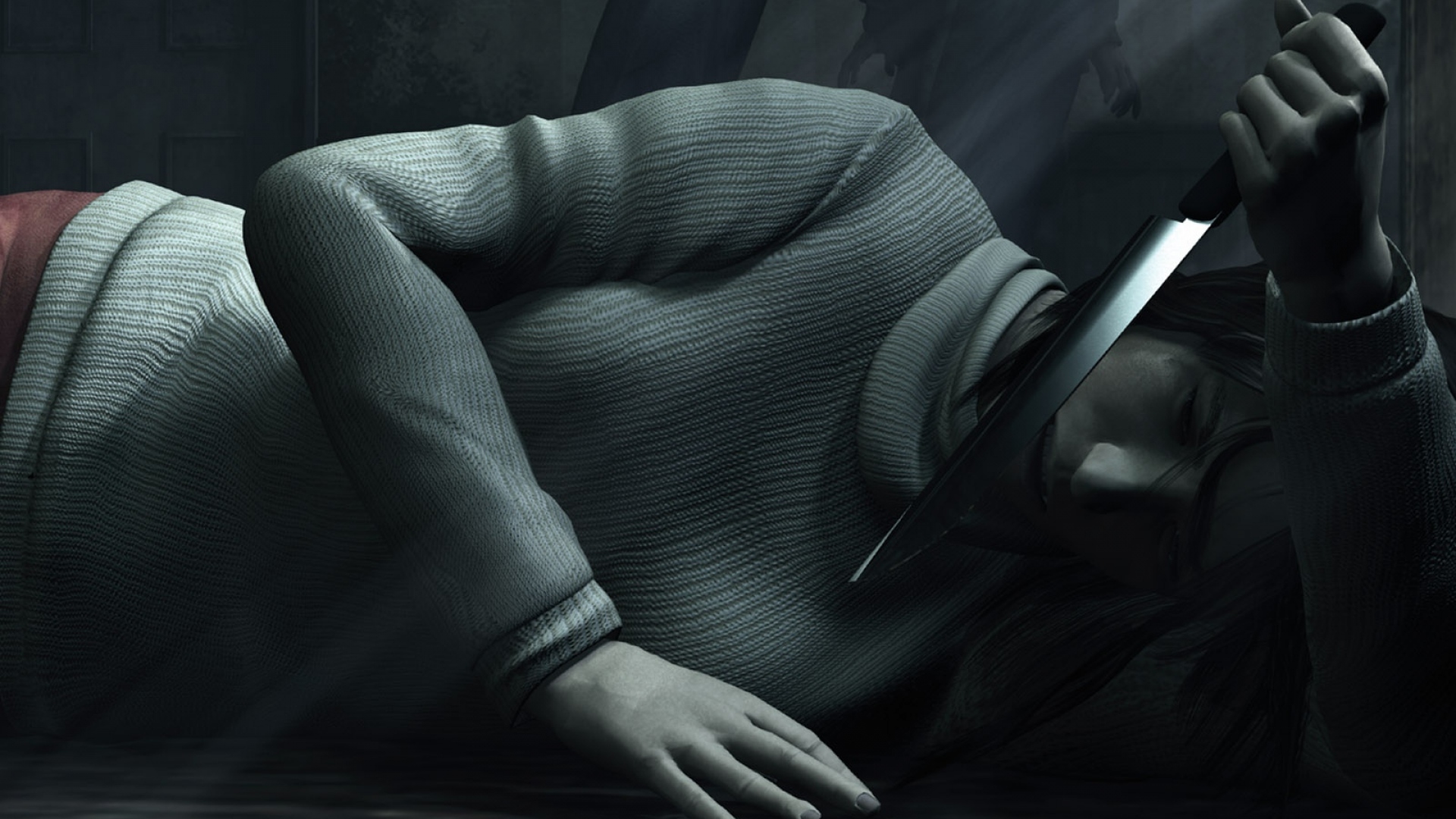 NOTE: The following is an opinion piece. Be aware of MAJOR SPOILERS too if you haven't played the game yet.

Video games are art, and in the oldest text book definitions of the term... art is a reflection of the soul. When Team Silent set out to create a new form of horror in the 90s, I imagine this was a philosophy that resonated with their aspirations to make something great; something completely unheard of in the horror genre. Unlike their biggest competitor, Resident Evil, Team Silent's narratives were densely layered and always had a disturbing underlying meaning. Most importantly, these meanings were shaped by characters who, amidst seemingly supernatural odds, were fractured by human tragedy. The only thing we have to fear is fear itself. How this fear manifested itself is what made Silent Hill 2 a triumphant masterpiece and the greatest achievement in horror video games. 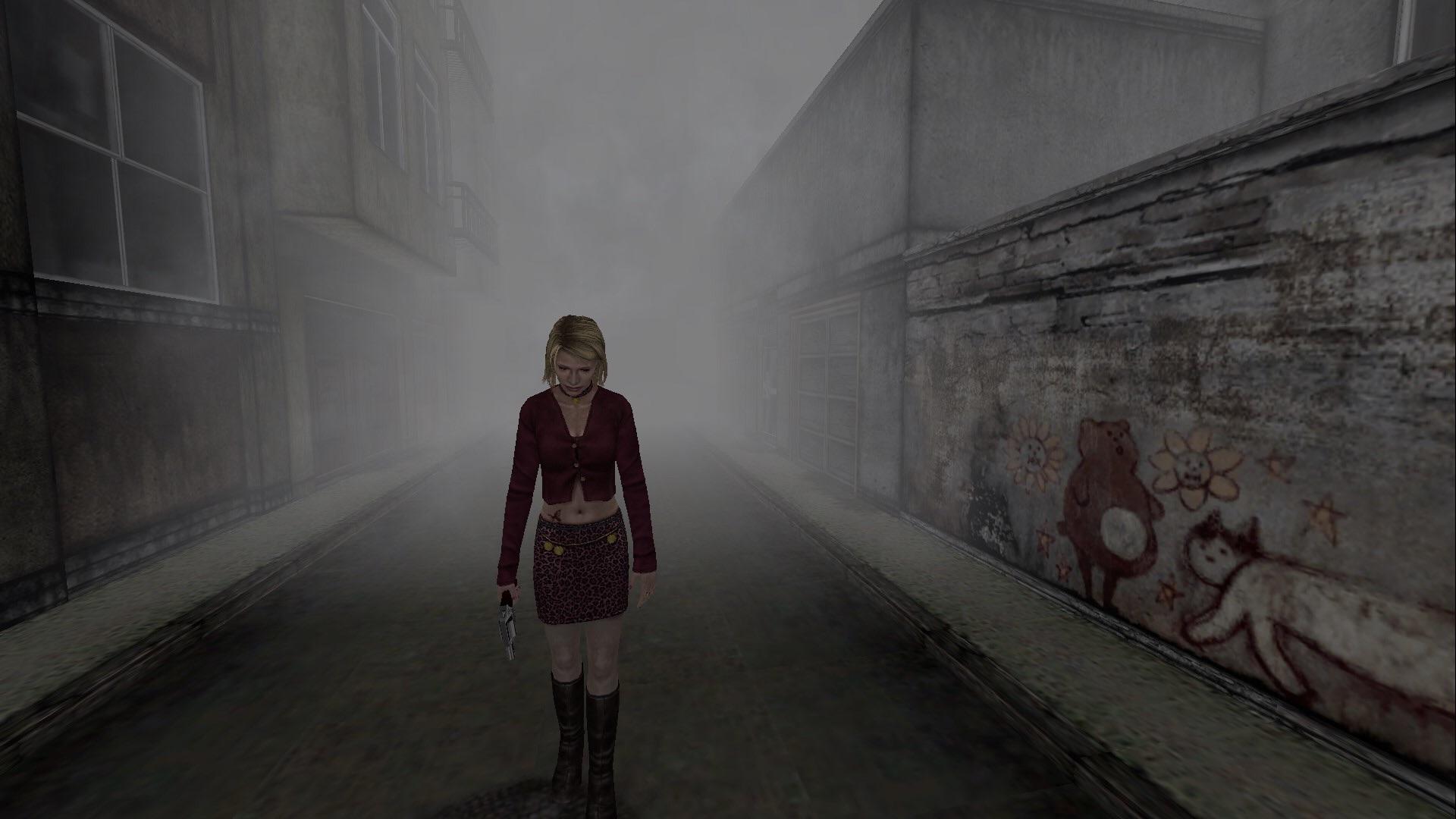 To explain the plot of Silent Hill 2, we first need to understand what Silent Hill actually is as both a physical and non-physical location. In the lore of the games, Silent Hill was once a prosperous little town in Maine, USA, that relied on its booming tourism once upon a time. Unfortunately, Silent Hill's reputation as a town was shadowed by its rumours; whispers of a town built on an ancient burial ground; a town shackled by its out of control drug trade; a town that played host to a terrifying and sadistic cult; a town so evil to its core, it was seen as the literal portal to hell, and a location even the devil refused to visit. What gave rise to Silent Hill's disturbing lore is up for debate (and always will be), but this doesn't detract from what Silent Hill may actually represent to the few who were less fortunate enough to call themselves protagonists in this series.

...a town so evil to its core, it was seen as the literal portal to hell, and a location even the devil refused to visit.

This is where we meet the protagonist of Silent Hill 2: James Sunderland. After receiving a strange letter from his deceased wife telling him to go to Silent Hill, James investigates the matter by taking her up on that offer. Arriving in the desolate, heavily fogged town, James encounters a string of strange events - ambiguous residents, strange monstrosities, and a powerful evil bearing down on the town with a palpable sense of dread. James' search for the origins of his wife's letter leads him on a dark path deep into the trenches of his mind, which Silent Hill takes as an opportunity to manifest in physical, and horrifying, ways. 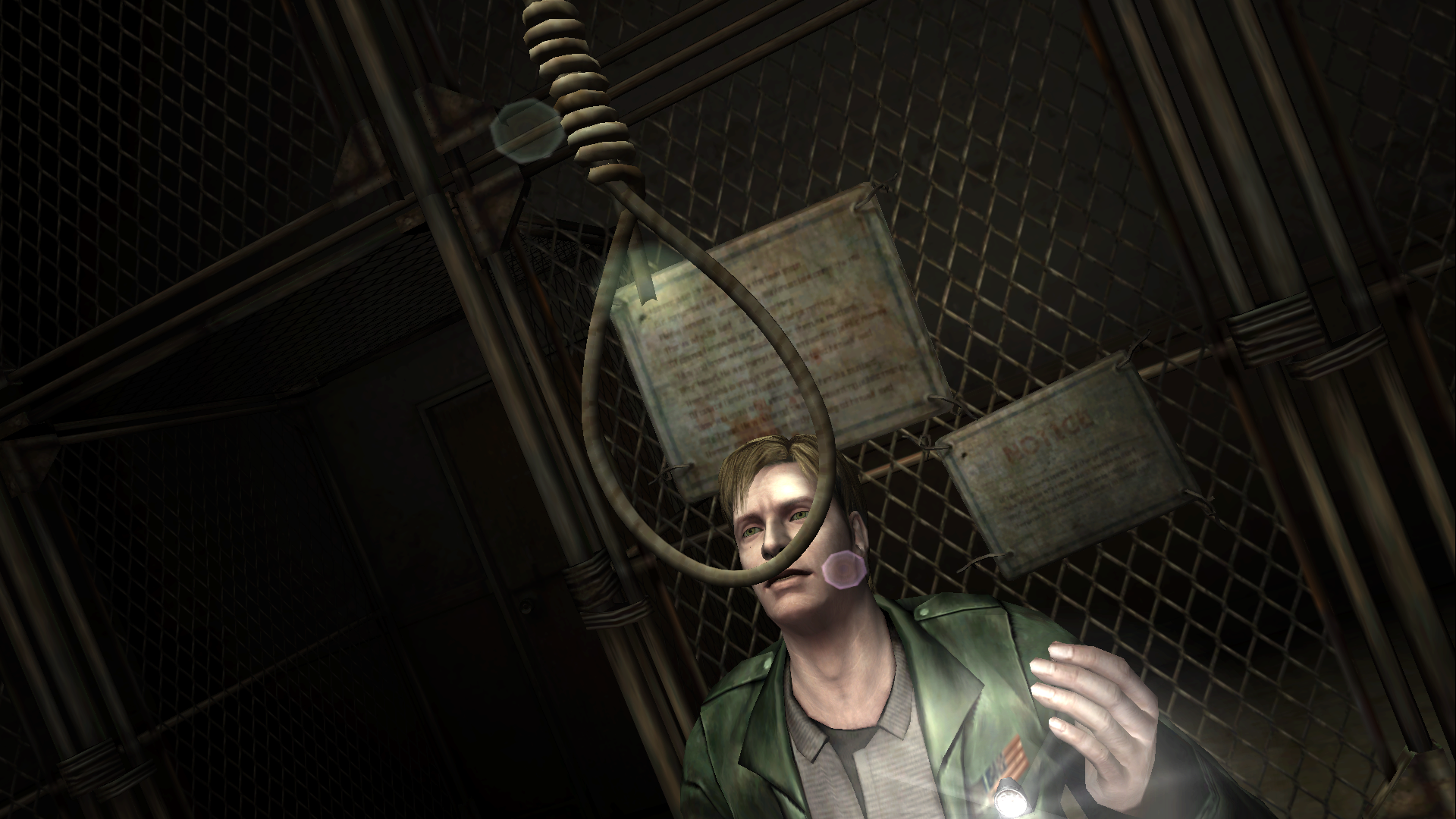 Silent Hill 2's fantastic ambiguity doesn't just end at the town either. Along the way, we're lead to believe James encounters random people in the town who are caught on their own journeys of redemption or self-destruction. Angela is the first NPC we encounter, whose dark history of abuse at the hands of a loved one is unraveled as the game progresses. Eddie is dealing with homicidal tendencies and trying not to tip over the mental kettle. Laura is a seemingly innocent girl completely oblivious to Silent Hill's ominous grip, and treats life with a gleeful naivety. Finally, there's Maria, a promiscuous woman who shares a striking resemblance to James' deceased wife, Mary. What if these characters were pawns inside James' mind? At points, Silent Hill 2 pushes you to believe that notion, then brilliantly pulls the rug from under your feet and twists the narrative in directions that leave you constantly scratching your head. 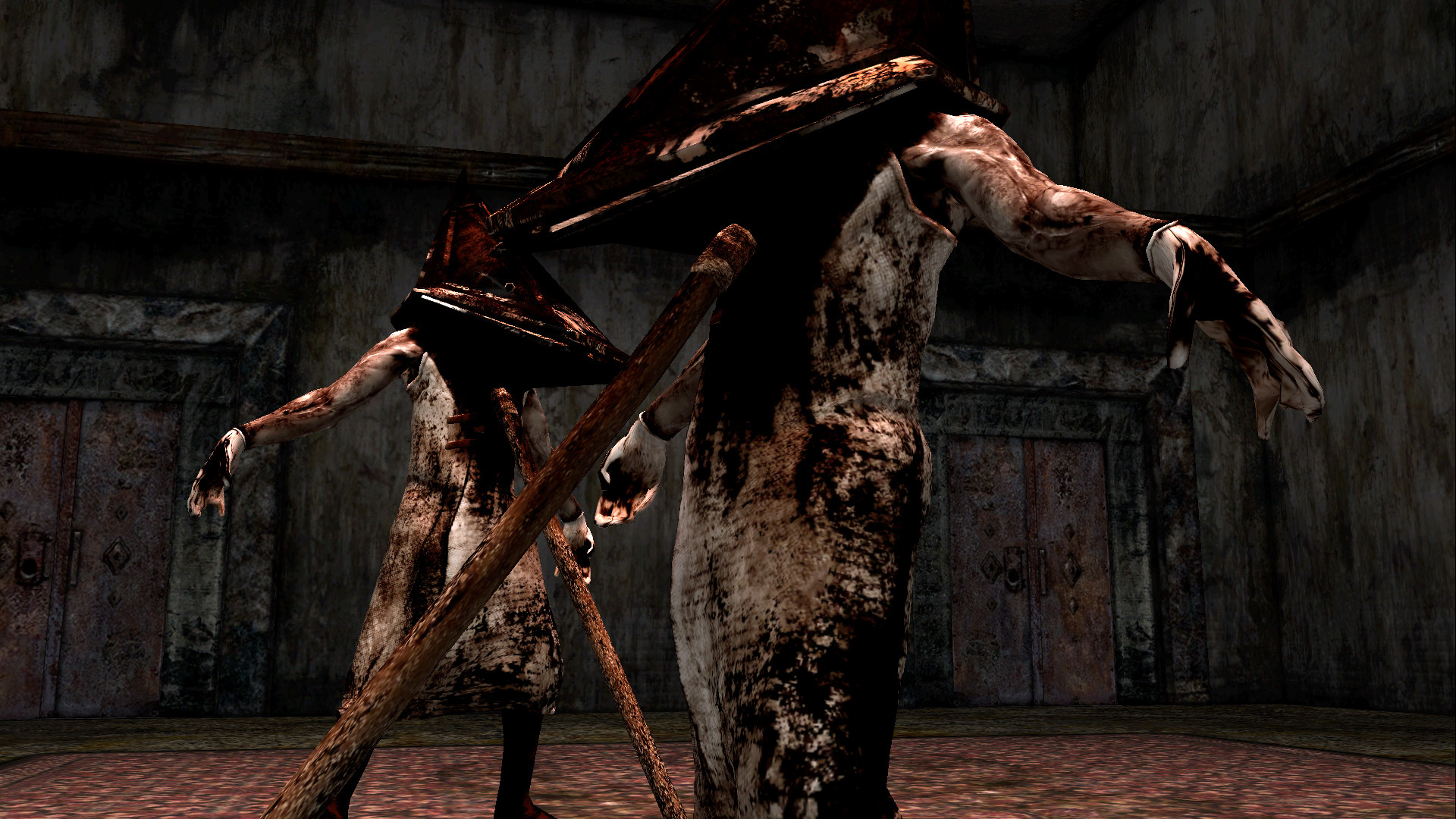 We, as the player, are just as lost - just as completely delusional and separated from any pocket of reality - as James. Silent Hill's cerebral power as a town seeps into James' conscience and creates the unreliable narrator. This isn't something necessarily new to storytelling, but for Silent Hill 2, it's pulled off in a remarkably subtle yet profound way. It immediately becomes clear that Team Silent weren't out to make another generic horror game with obscene amounts of gore and killer creatures. They wanted to tap into a mature psychological fear deeply rooted in a tragedy that resonates with all of us - that tragedy being grief and regret.

Silent Hill's cerebral power as a town seeps into James' conscience and creates the unreliable narrator.

In the end, it's revealed that James' wife, Mary, was euthanized by her own husband after suffering through a terrible illness. James' guilt and grief over the act never escaped his subconscious, and in Silent Hill, he was forced to physically and emotionally confront them in nightmarish forms. Every monster design reflected a kind of primal sexual frustration or desire, this best envisioned in the form of Maria, whose more sexualized representation and resemblance to his deceased wife highlighting his inner most needs: of lust and intimacy, of love, of comfort and of satisfaction - a satisfaction he will never truly get to experience ever again. 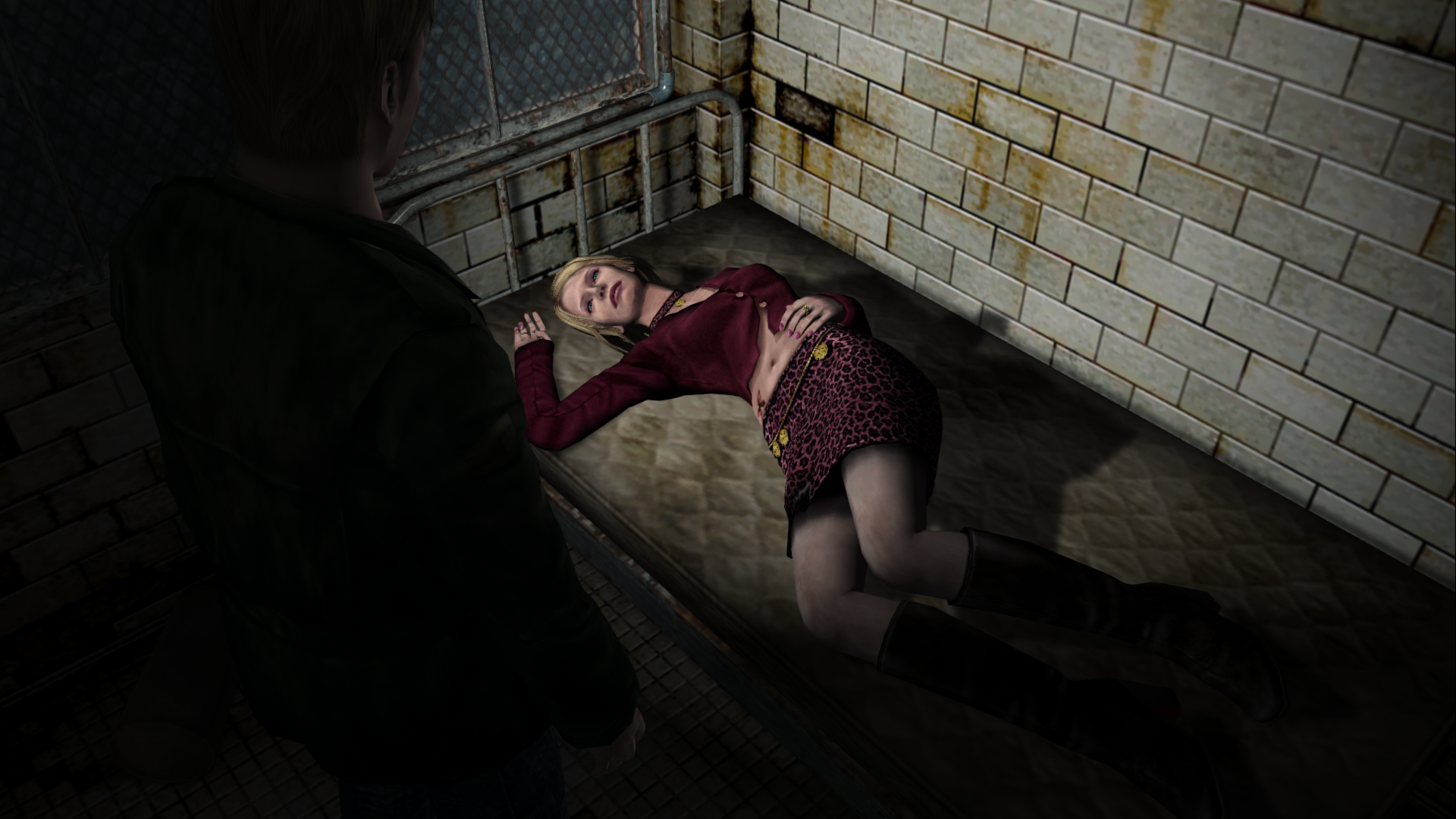 It's easy to sympathize with James knowing his ordeal... but at an arms length. Silent Hill 2 wants you to connect with James, but also dissect his flaws as a husband and character in a confrontational and almost daring way. Video games rarely step out of their comfort zone in challenging the player on a fundamental level, but Team Silent did it here, and didn't hold back any punches. This is what makes Silent Hill 2 so special in my eyes. It's that rare breed of horror that works both as a visceral nightmare and an emotionally haunting tragedy - a balancing act pulled off with a masterful execution.

...it's no wonder the Theme of Laura still sends chills down people's spines almost 20 years later.

Putting aside the story and characters, Silent Hill 2's technical achievements shouldn't go unnoticed either. The art direction, especially for the time of its release, is flawless. The town of Silent Hill has never looked so atmospherically intimidating before, with Team Silent pushing the dense curtain of fog constantly hanging over the eerie town to its most effectively chilling. Cries and footsteps are heard off in the distance, growls and moans of mysterious creatures, and an ambient, mood-setting score by Akira Yamaoka all come together to create a symphonic masterpiece. On the subject of Yamaoka, there's really no one who could've done Silent Hill 2's score as much justice as he did. It's a score of legend - one that encapsulated the personality of the game phenomenally well, dare I say even giving it much of its personality - and it's no wonder the Theme of Laura still sends chills down people's spines almost 20 years later.

On a personal note, I'd like to conclude by getting a bit sentimental. Over the last few months, during some really rough patches in my life, I've been playing (and replaying) Silent Hill 2, and have found a new perspective that made me appreciate not just Team Silent's mesmerizing game, but some qualities about myself that I've repressed or otherwise cut out of my life. That's not to say that I relate entirely to James' ordeals, but I found pieces of myself in a game about coming to terms with your past and getting over that mental and emotional blockade one might call Silent Hill.

That's the art of video games. They're often beautiful, sad, tragic, and can make you smile, make you hurt, and make you feel... Silent Hill 2 is a game that will never stop giving in that regard. With so many layers to constantly peel back, who knows, you might find a piece of yourself within the game too. Because of that reason, I'm glad to call Silent Hill 2 a masterpiece - and my new favourite video game of all time.

Fantomex
I'm still too scared to get through the apartments at the beginning. Such an unnerving game. Wish I could use Isaac Clarke's Plasma Cutter on those creepy crawlies.

Lurch
Such a good piece and I'm still torn between SH 2 or the SH1 and 3 narrative arc. Silent Hill 2 surprised me as it took a while for me to realise it was completely detached from the original and went on its own path. That said, I still love the original 3 games together as they make up only a handful of horror games I can think of that make me actively dread replaying them and inhabiting their world.