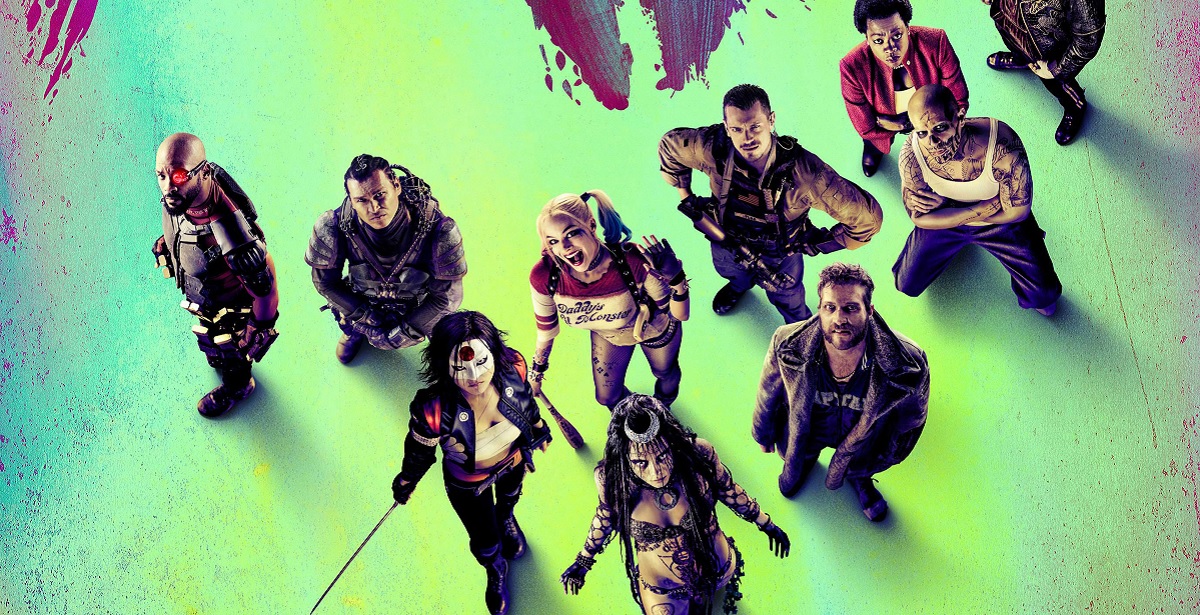 With James Gunn's The Suicide Squad on the horizon, this marks the second attempt that adapting the all-star DC villains on the big screen. Back in 2016 though, director David Ayer had a crack at his own version of Suicide Squad, with the selling points being the introduction of Harley Quinn to film, as well as a new take on The Joker. It's the fifth anniversary of that film today, and we thought it would be a swell idea to rewatch 2016's Suicide Squad and pose the question: was it really that bad?

What It Gets Right 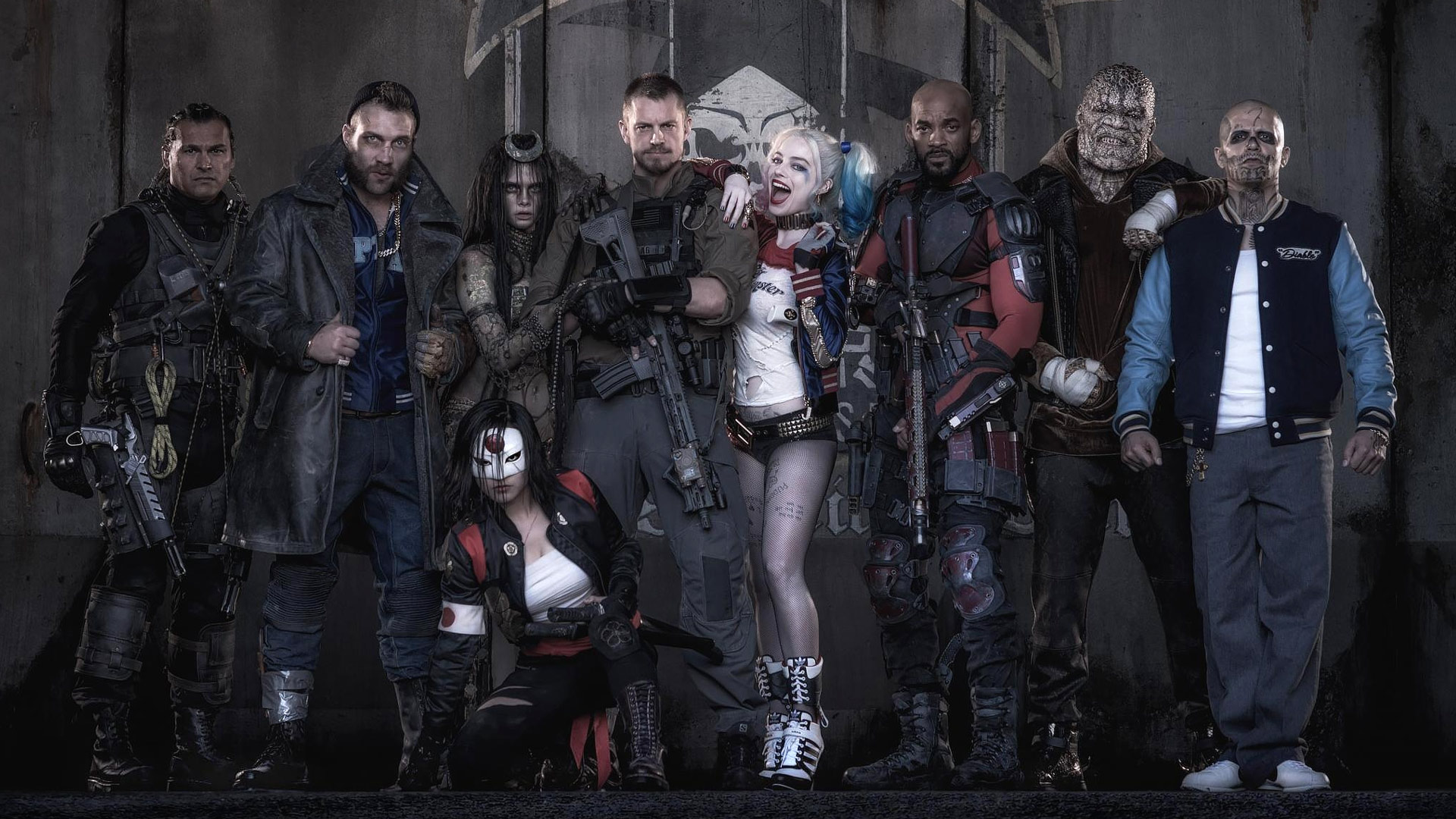 We'll dive into the nitty-gritty of what Ayer's Suicide Squad got wrong (it's a lengthy read), but what about the aspects that the film got right? After rewatching it, I'm still confident in my praise for Margot Robbie's excellent performance as Harley Quinn. She is the best (albeit only) live-action Harley Quinn to date, and an absolutely perfect casting choice for The Joker's queen of crime. She went on to prove herself yet again in Birds of Prey, but here, she steals every scene she's in and makes a solid first impression.

Despite being the A-list mega-star of the film, I was surprised by how subdued Will Smith's role was as Deadshot. Sure, he still got a lot of the spotlight, but he didn't have the leading role power of his previous films. Instead, Smith was competing with a plethora of colourful personalities constantly on-screen, and it was nice to see the actor take a more immoral role while still delivering a mostly good performance.

Finally, the presentation of Suicide Squad is fantastic. The film boasts an extremely colourful palette with creative uses of it to demonstrate each character's personality and state of mind. For example, all scenes involving Harley Quinn and The Joker are edited just erratically enough to give us a look into what these twisted antagonists may always feel like mentally (and this is the only time I'll give credit to the editing). The marketing was admittedly great, and once again flexed that colourful presentation on all its characters and their designs. In fact, the best compliment I can give the film is its ensemble, which consists of many great actors really trying to give it their all.


What It Gets Wrong 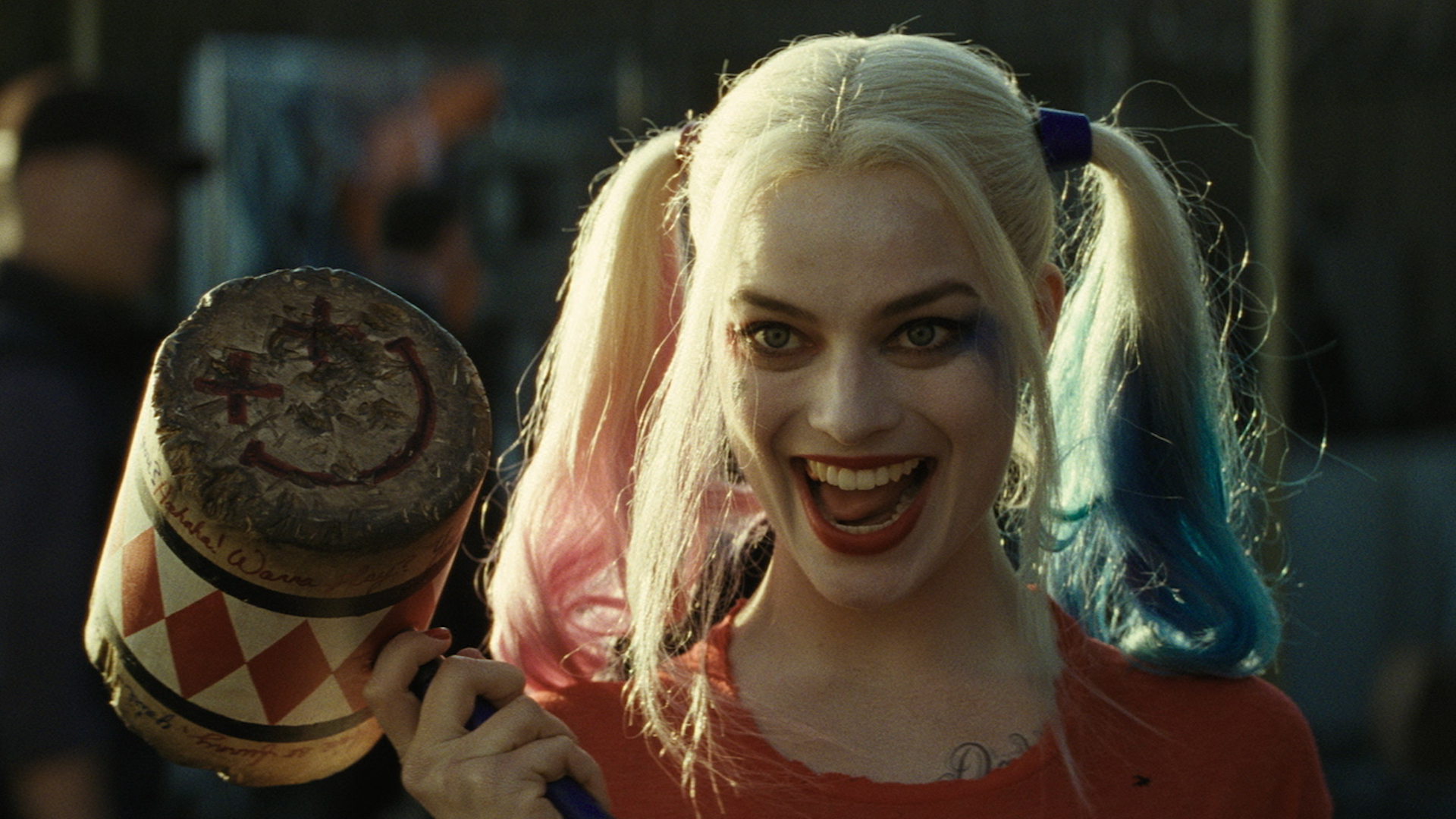 Unfortunately, this is where things start to go south for Suicide Squad. While I didn't entirely hate it upon recently rewatching it, its flaws really became apparent once I had my hype goggles off. Remember how I praised one aspect of the editing? Well, the rest takes a nosedive so great, it plummets into the bottom of the ocean. Editing is important in a film to convey proper pacing and tone, but here, the editors really had little to no experience in stitching scenes together coherently (which explains a lot once you learn that the same people responsible for editing trailers were given the job of editing the entire film).

The first 30-40 minutes of the movie are a fever dream. It goes through the motions of introducing each member of the Suicide Squad (with some oddly placed Justice League cameos), but there's no rhythm or flow to the way these events unfold. It simply hops from one scene to the next with some new popular licensed song bombarding you every two minutes. It's more concerned with style than substance in its first act, which is kind of crucial if you're trying to give your central characters, you know, actual substance and character motivations.

By the time we get to the real meat of the film and we're on our way to fight Enchantress, almost an hour has gone by and unfortunately, the next hour feels like it goes on for three hours. The Suicide Squad are sent into the closed off city to capture Enchantress, but the pacing really takes a hit. You get one or two flashy action scenes (that aren't exciting), and moments of these characters simply walking around and chatting. You'd think that these moments would allow us to connect with the characters, but all it does it dance around giving audiences a reason to care (except for a pretty great bar scene). I'm not entirely sure if this is down to the writing or editing, but it doesn't work as well as it thinks it does.


What It Gets So, So Wrong 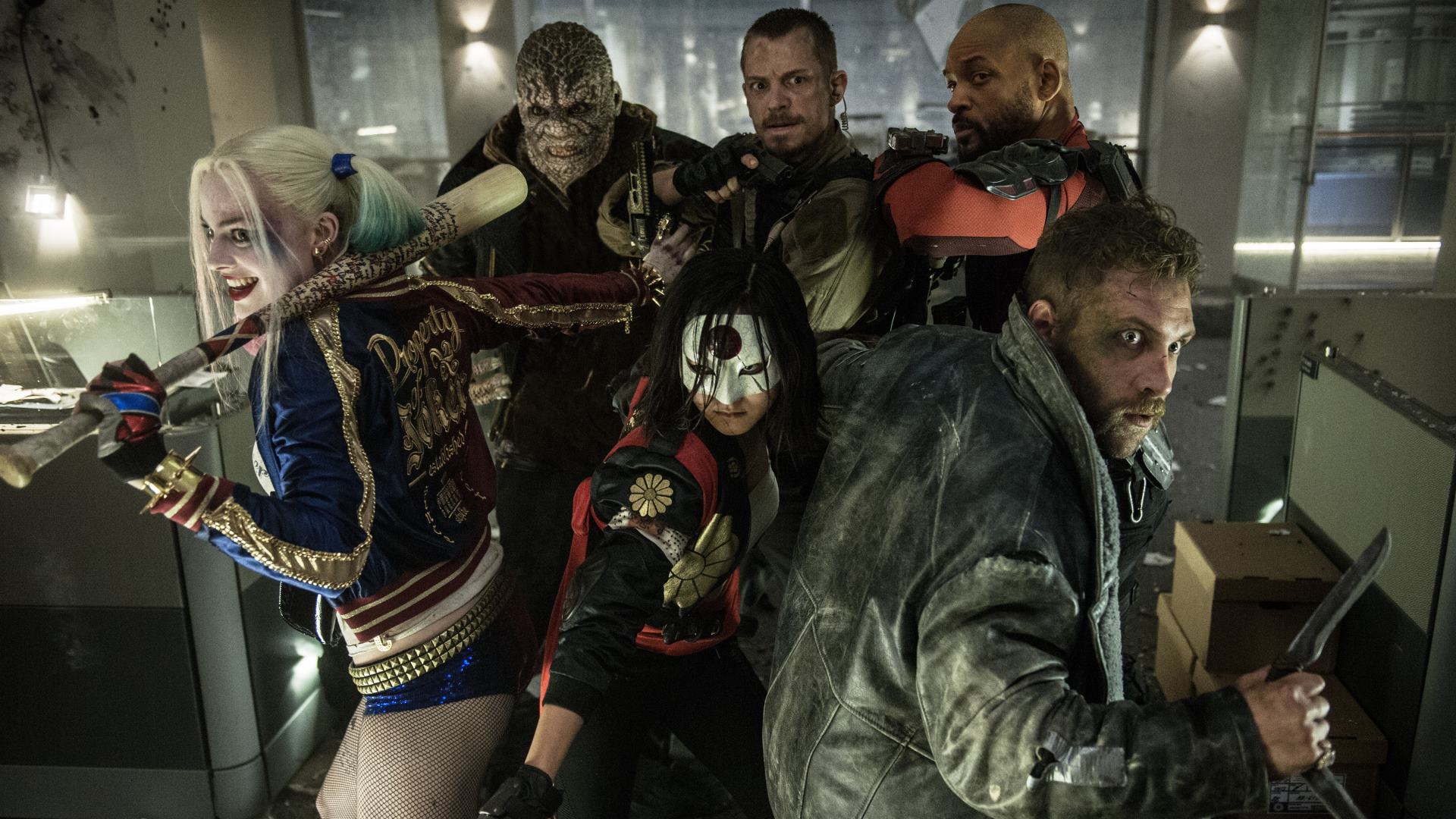 Warner Bros. have been known to tamper with the creative vision of their directors (ask Zack Snyder), but it's clear in Suicide Squad that they kept David Ayer on a very tight leash. The director has a track record of great movies under his belt, so what happened here? The film was simply chopped and butchered to the point where it hardly even resembled the director's intended vision. It's less a captivating comic book film, and more an exercise in how to create a bit of a Frankenstein's monster of a movie.

The sad thing is, I believe there's a genuinely good movie in Suicide Squad, but I've never seen an example of studio tampering as egregious as this (and I watched The Amazing Spider-Man 2). It's almost as if they held Ayer at gunpoint and forced a few editors to cut it up in front of him. Warner Bros. clearly didn't learn their lesson with Birds of Prey either, even though that was marginally better than Suicide Squad - but that's for another day. 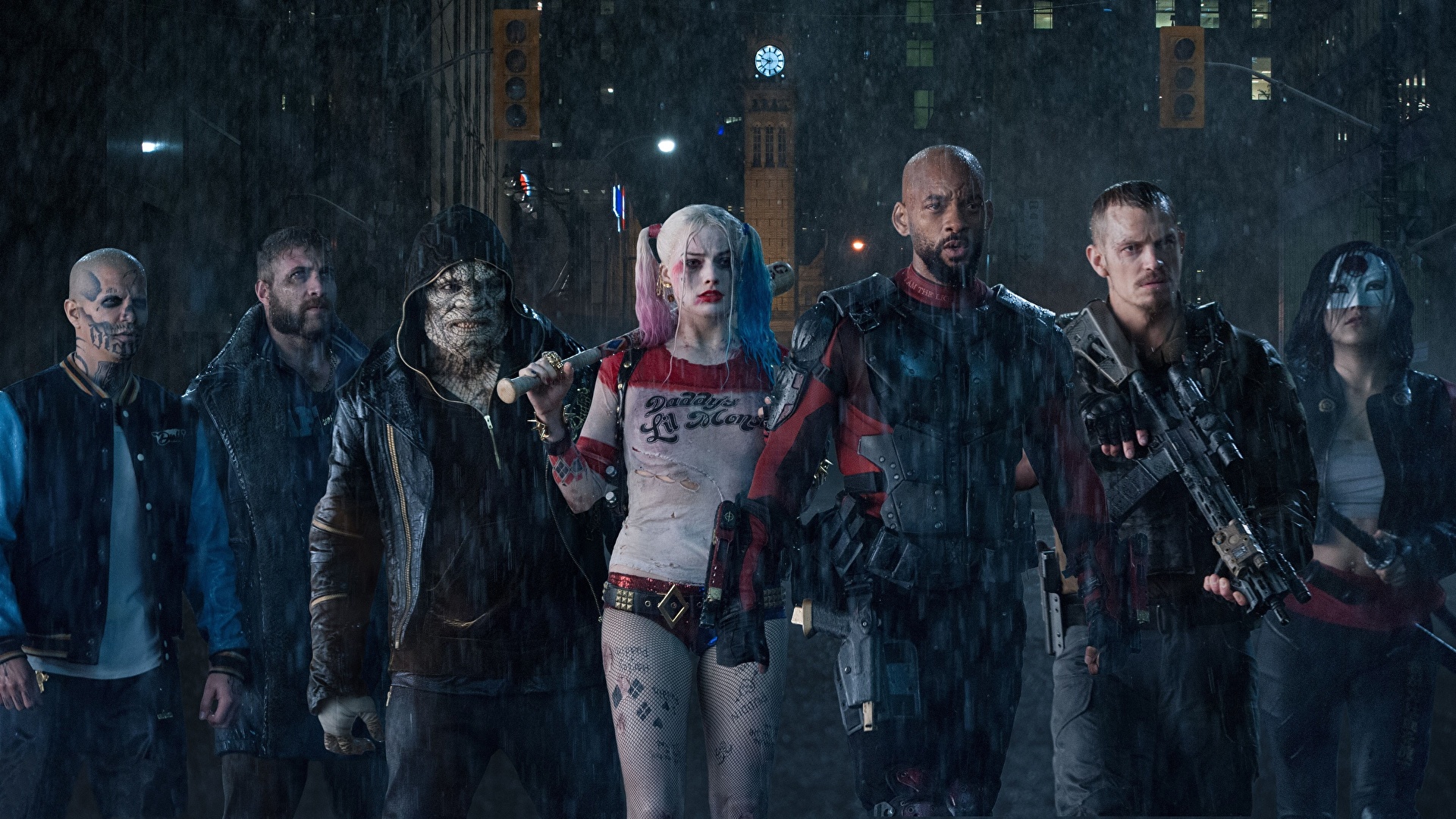 Do I hate Suicide Squad? Not really. Beneath its butchered potential, choppy editing, and kind of boring exposition, there's a good movie. This is an issue that can be easily remedied with a proper cut of the film. Remove the over-abundance of pop songs, tighten up the pacing and tension, and let the actors just do their thing. You've got the talent, why intentionally try to squander and sabotage that, Warner Bros.?

Unfortunately, you can't really remedy some aspects of the film. Enchantress is kind of generic and bland as a "villain to the villains", and Jared Leto's over-the-top portrayal of a mob boss Joker here is... baffling.

However, 2016's Suicide Squad gave us Robbie's Harley Quinn and the song "Heathens" by Twenty One Pilots that has never left my playlist for five years. Best of all, it gave us this year's The Suicide Squad, which seems to be everything that this attempt wasn't - and actually gets it right. What we're left with is a film that's not terrible (not Batman & Robin terrible, anyway), but can't seem to stick the landing on any of its potentially creative ideas. It waddles somewhere in the middle of good and bad, but the sadder thing is that there actually exists a cut of this movie that's far beyond just acceptable - this film already has glimpses of greatness, but it's not what anybody really expected (or wanted) in the end. I'm not mad that it's a bad movie, I'm just mad that it's a disappointing display of studio greed and interference.

What are your thoughts on 2016's Suicide Squad?

Scottie
It's OK. Plus it had Katana in it. Would love an origins film on her and Soultaker. Needs to be dark like Nolan's Batman films - cue all the whining "it's too dark, no humour" BS.

Remember kids to watch proper films too and not just superhero fluff.

Blaze
@DG Tbh I do think this movie can be salvaged if it were given to more capable editors. It's all there, but the biggest problem with the movie was its editing. It won't make it great, but at least a better movie than the mess we got. I do mention that you can't really change things like the Joker or Enchantress or the plot, but you can tighten the movie up with good editing.

DEATHGIGAS
@Blaze I honestly don't think it will make a difference. Most directors cuts are garbage to begin with. But the flaws in this are baked into i'ts very premise. Unless there's 90% of footage showing them been bad guys and dying off horribly, it won't matter. Also no directors cut is worth it if it restores anymore of that godawful Joker.

Blaze
@DG The extended version is just slightly better, but overall it's still horribly butchered by WB. I'd love to see that Ayer Cut one day (even though it might not release).

DEATHGIGAS
The extended version is better. Joker is still awful, but honestly it wasn't. The only problem is that it wasn't SS, it was another standard superhero movie full of heroic sacrifice that made no sense considering who the movie was about.