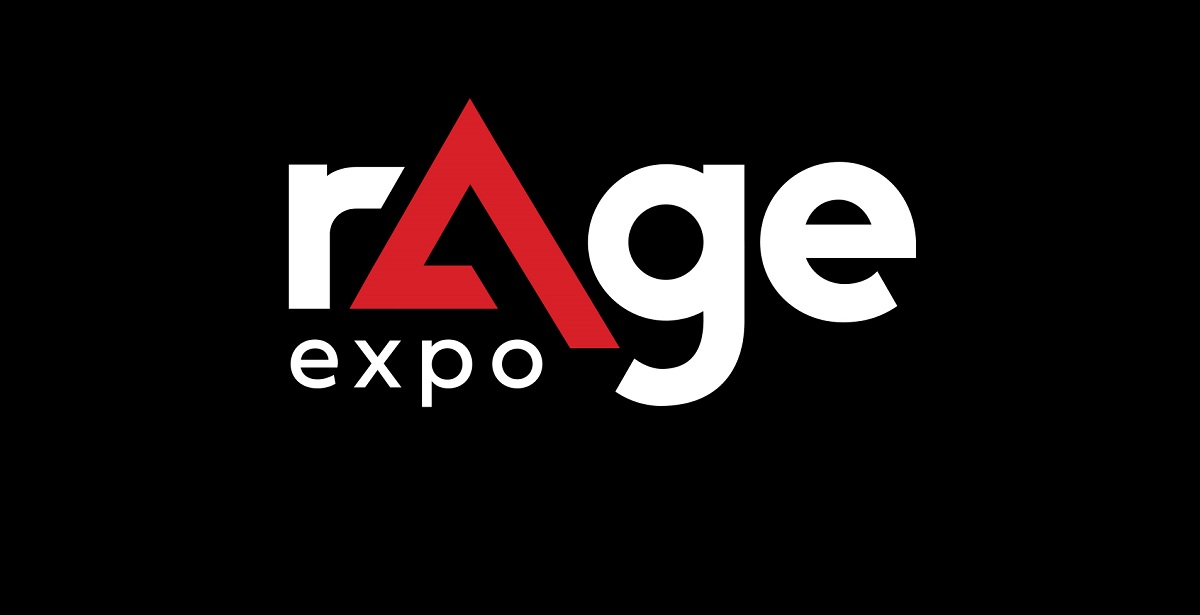 rAge has always been the biggest gaming event in South Africa; a title they’ve held for an amazing 17 years. Each year, gamers from every corner of the country stormed The Dome to celebrate gaming, tech, esports, and geek culture that has become embedded in our gaming community. While the expo has certainly had its fair share of ups and downs, this year brought with it a surprising consistency that I did not expect. Initially, I was perplexed at what I was seeing. Upon entering The Dome - a place I’ve become all too familiar with - I felt lost, almost alien to the layout, the emphasis on tech and esports, and the subdued focus on games and cosplay. It only clicked on the second day, when I peeled back the layers and really understood what the expo aimed to achieve this year - by taking a necessary step backwards, they’ve brought their event full circle. 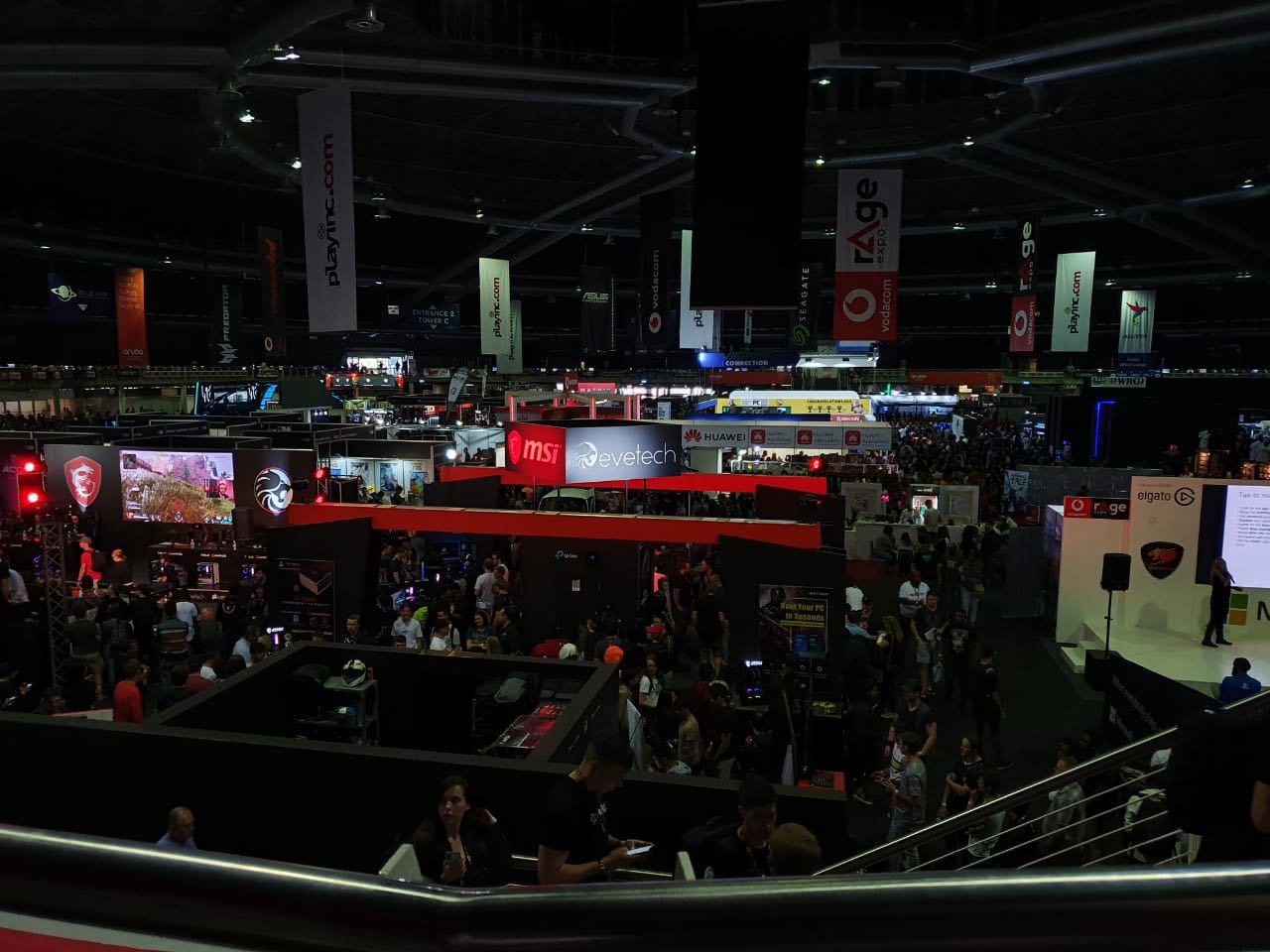 With the backing of Vodacom, rAge Expo 2019 got a facelift and rebranding that promised something sleek and inviting to all gamers. The biggest issue I had with previous rAge expos was the idea of “something for everyone”. This might seem like a harsh and unfair criticism, but the scattershot tactics only crippled its identity. In the case of Comic Con Africa, this works wonderfully, but rAge Expo 2019 doubled down on its focus geared towards the gamer, the streamer, the content creator, and everything in-between. Here was a convention that catered to people who wanted to get into and understand the industry, and rAge provided ample opportunities for those to experiment and get accustomed to the current climate of South Africa’s gaming sphere.

rAge Expo 2019 doubled down on its focus geared towards the gamer, the streamer, the content creator, and everything in-between.

The floor space is what caught me off-guard at first. This year, rAge felt far more open, with Artist Alley and exhibitors dialed back in favour of giving the floor to some major brands. As a result, Saturday - which is usually the busiest day of the entire weekend - felt less cluttered, but still quite busy, though not enough that it deterred me from exploring around the show floor. Brands like MSi, Evetech, Acer (which I might add, had a fantastic Predator stand), Koodoo, and more, all dominated the floor. Tech and esports were the name of the game this year, and while that rang very true for the former, the latter took somewhat of a backseat. It was still confusing to some degree keeping up with the numerous stages, trying to figure out where to go at what time and for what tournament, so I used the time to bounce around in the hopes that I’d be able to soak in as much as possible. 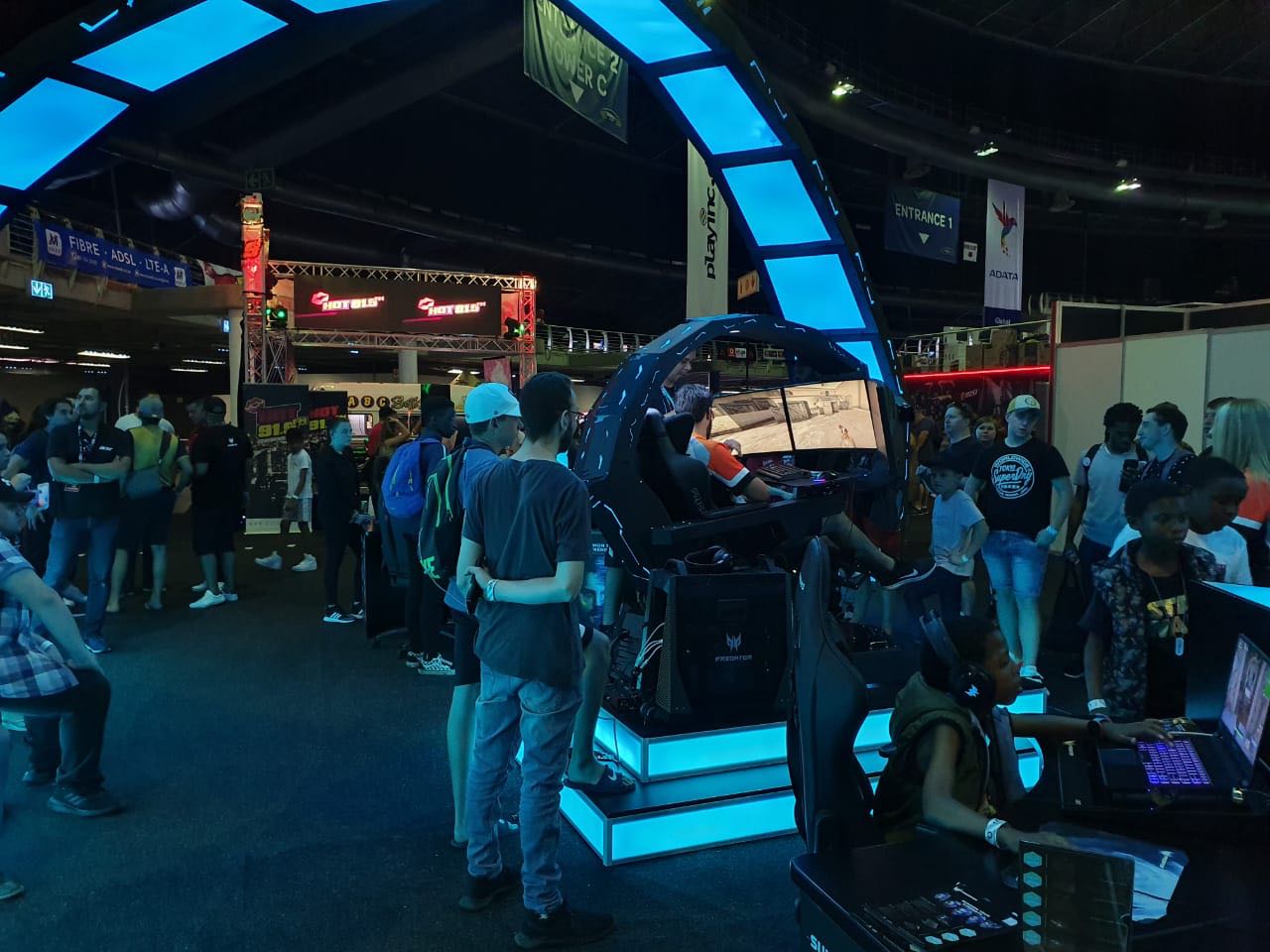 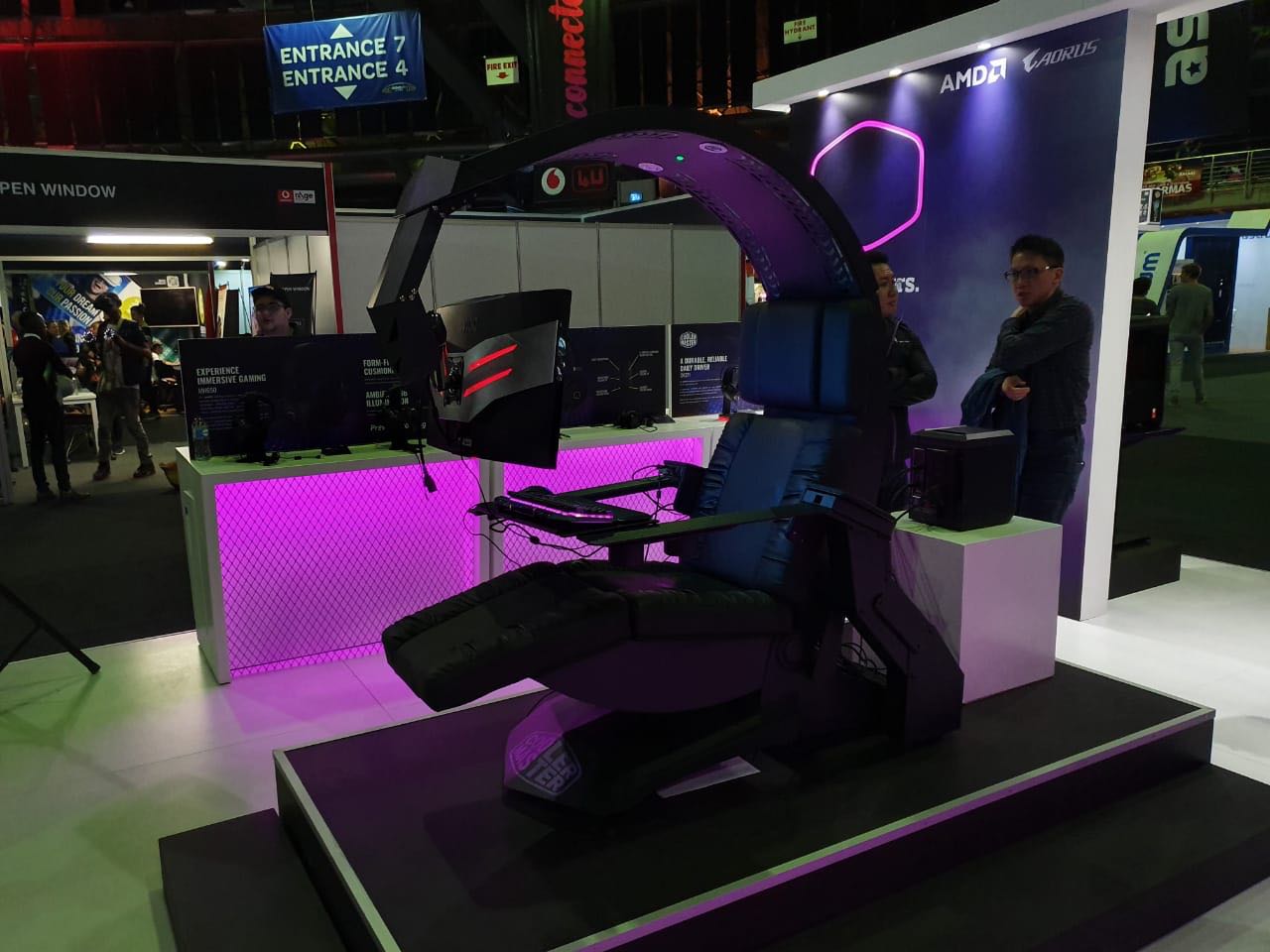 That’s a huge positive on my part: I was kept busy for a majority of my attendance. Sure, it didn’t have the playable games that I was hoping for (which has always been a huge appeal for me), but I learned so much more from forcing myself to adjust to the various tech and brands on display. This is where the focus became crystal clear, and where rAge really found its stride this year. One could argue that its biggest competitor, Comic Con Africa, had far more to see and do in catering to a broader audience, but it also forced rAge’s hand in adapting to an intrinsic part of gaming culture: the gaming culture.

There was a level of engagement from rAge this year that prioritized teaching, learning, and understanding.

Activities were plentiful throughout the entire weekend. Playinc.’s elusive Treasure Hunt was a great way for attendees to engage with the show floor as a QR code - held by a few good lads - floated around, incentivizing people to explore beyond just seeing the stands and brands. There was a level of engagement from rAge this year that prioritized teaching, learning, and understanding. Touching on topics such as Cyberbullying to bringing in new and aspiring content creators was a refreshing change of pace, and really drove the point home that gaming is a very accessible and often misunderstood part of our identities. 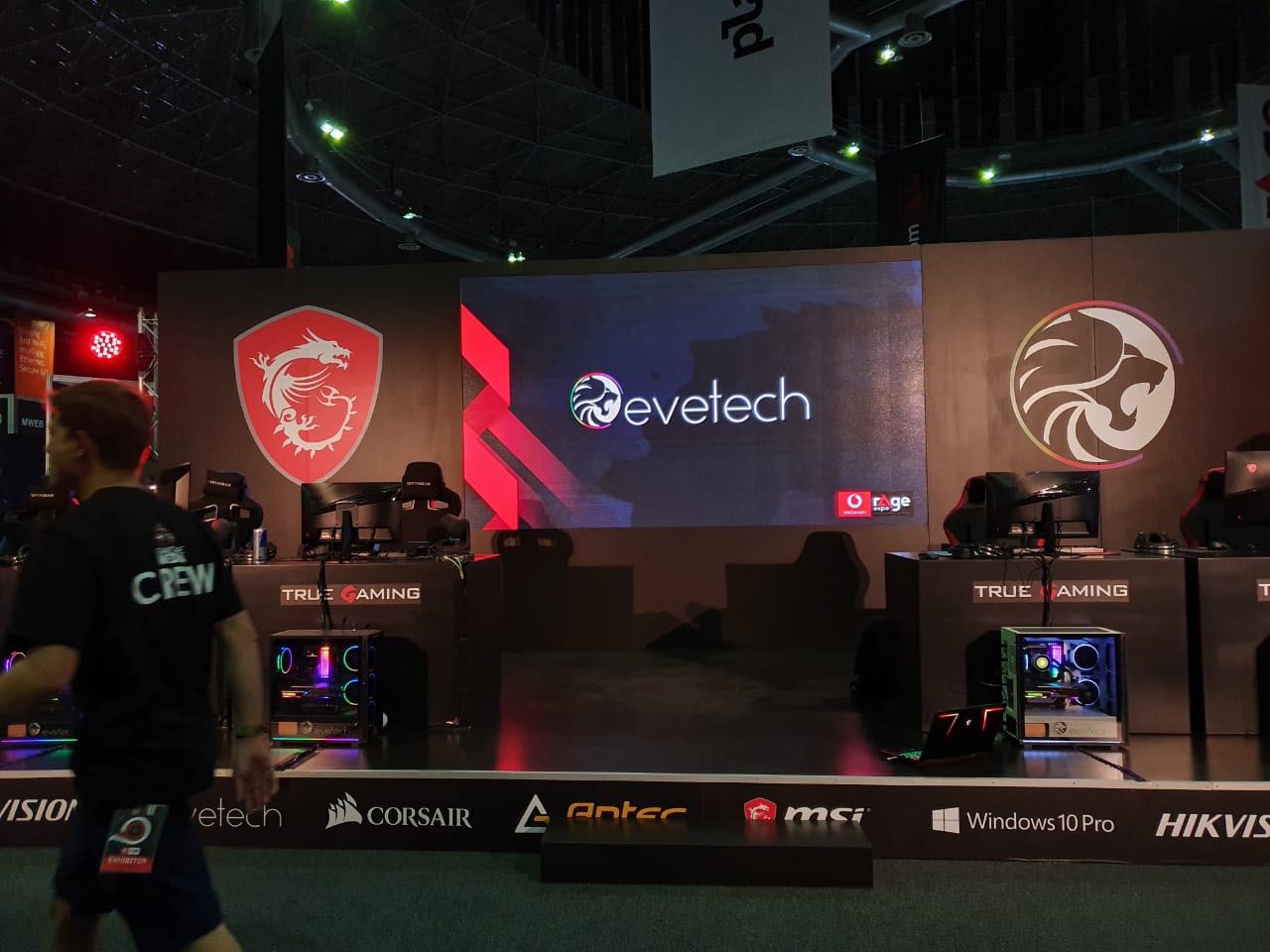 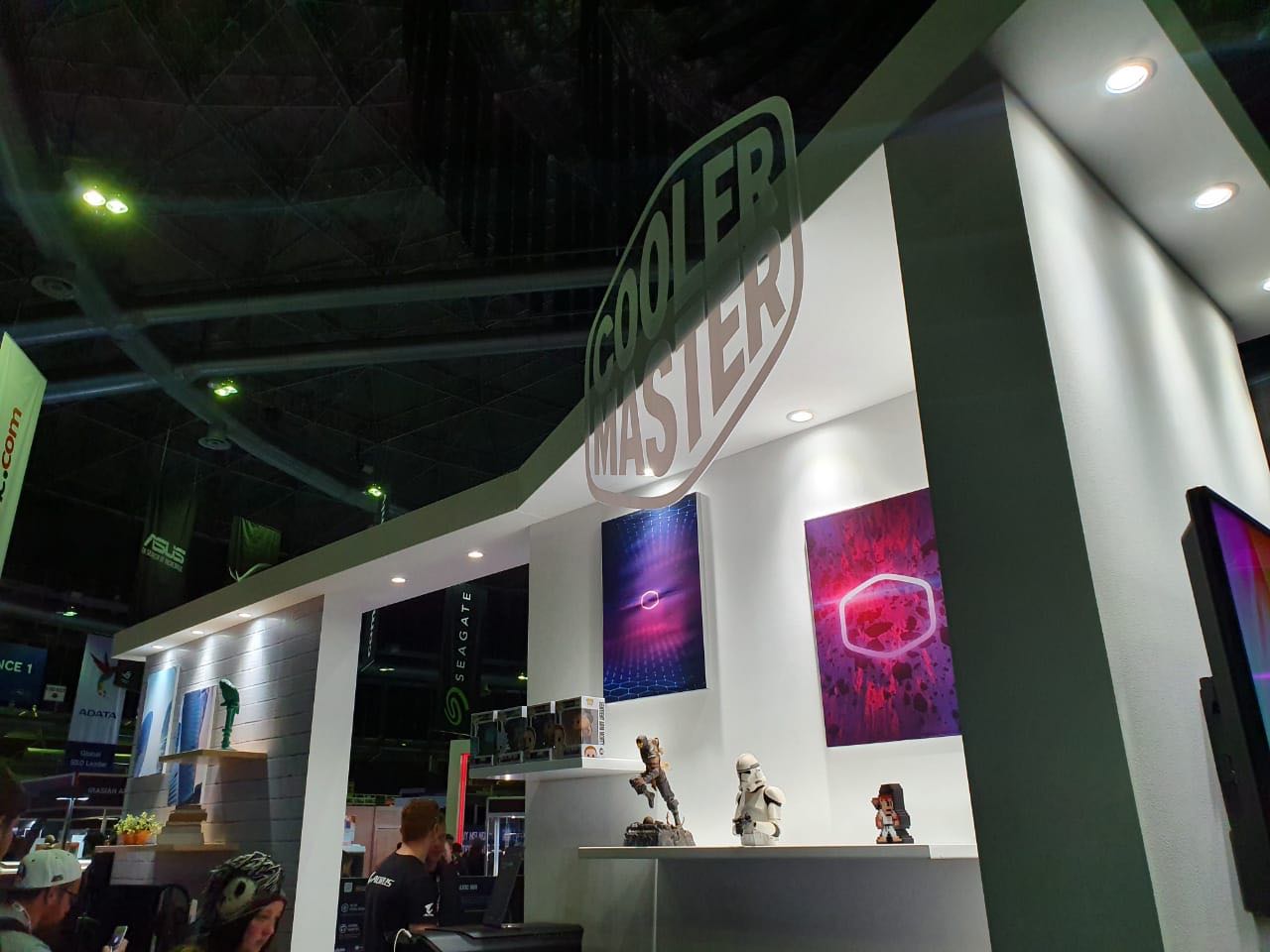 Of course, the only negatives I could draw from the expo was the surprising lack of actual games on display. Call of Duty never seemed to miss a beat in past expos, but this year, its exclusion was certainly felt (and missed) by a lot of fans that I spoke to. PlayStation South Africa once again had a terrific display of games ranging from Nioh 2 and MediEvil to Dreams and the rAge-exclusive Predator: Hunting Grounds. The DOOM Eternal photo opportunity was a fun way to gauge the sizes of its ludicrous weapons and have fun striking hilarious poses, but I did long for a playable demo to one of my most anticipated games of this year. Xbox’s stand seemed to be tucked away in a missable corner, but for those curious to try out Gears 5, Borderlands 3, and more, they had the chance to test the waters there.

PlayStation South Africa once again had a terrific display of games... 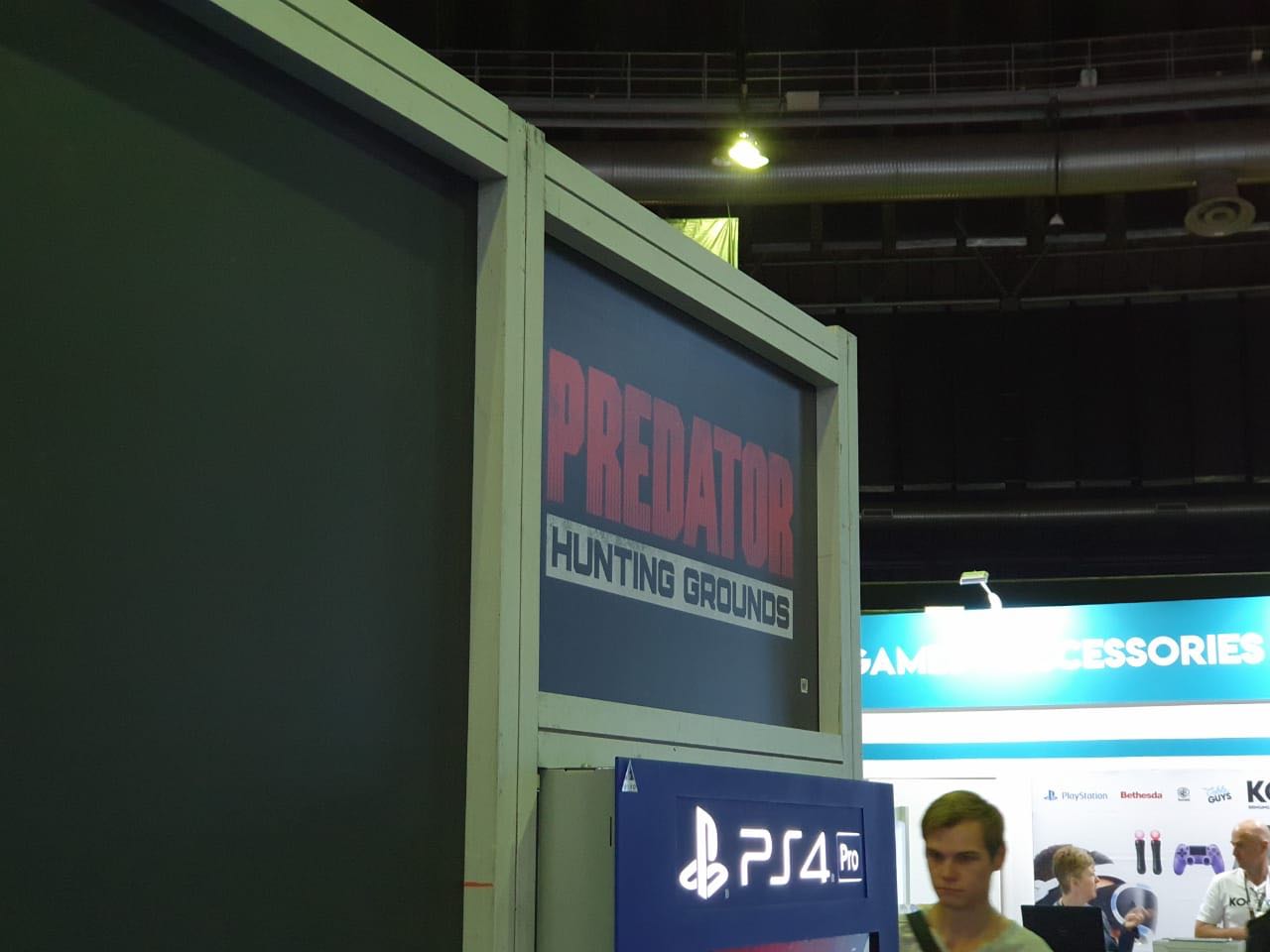 Vodacom rAge Expo 2019 was the result of losing the fluff in favour of a more focused gaming experience, and to that extent, I believe they succeeded. Sure, it might not be what we’ve come to expect from the expo in prior years, but this backwards step is what will ultimately move the show forward in the future. There’s still a lot that can be improved on, such as more playable games and parking discrepancies (having to park all the way in Northgate after being told R25 a day was the only way we could get closer to The Dome was a headache, and a strange deviation from last year that had dedicated parking for media and exhibitors), but I enjoyed my learning experience, meeting like-minded and great people, and just once again being immersed in something that’s so near and dear to our hearts as gamers. Finally, I’d like to give a shoutout to the PR team for being extremely supportive and accommodating! I’m looking forward to seeing how rAge can trade blows with Comic Con Africa next year, but most importantly, continue refining its identity.