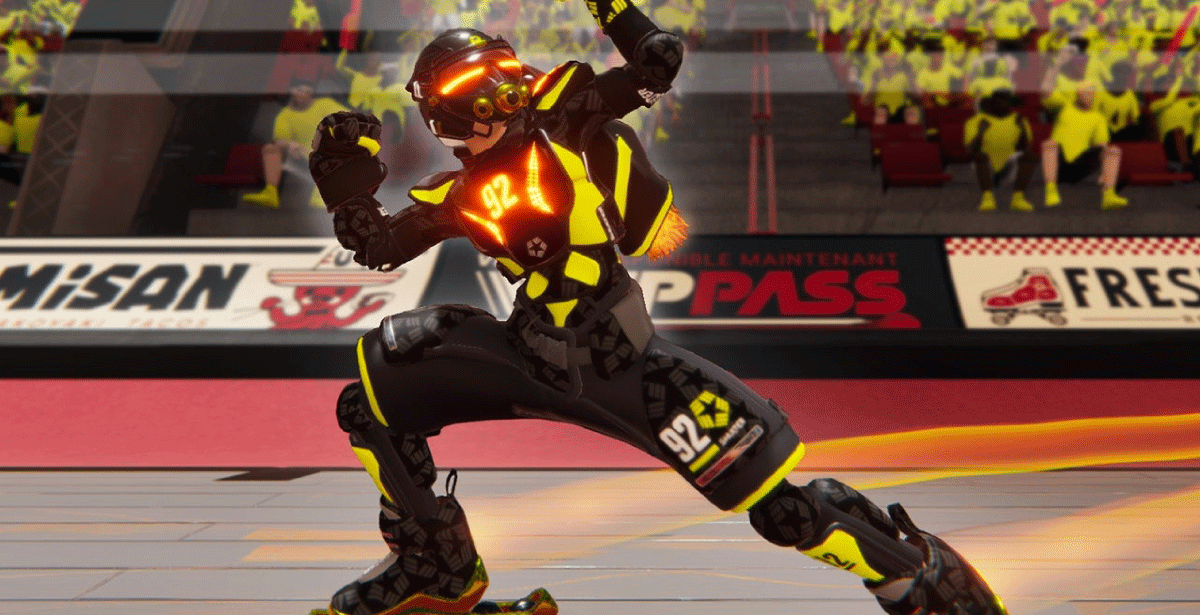 Ubisoft’s free-to-play 3v3 roller skating-themed Roller Champions could be coming to the Nintendo Switch, according to a UK eShop listing. Supposedly, the title will come to the Switch today, the 21st of June, and will maintain its free-to-play status for all players.

Roller Champions is Ubisoft’s attempt at an arcadey-sports title where six players in teams of three must whip around a roller skate rink and attempt to net the ball into each team’s respective goals. Roller Champions mashes up Rocket League and football in a digital battleground.

Roller Champions went through multiple rounds of alpha and beta testing, after which it officially launched last month for Xbox, PlayStation and PC. The release was met more with a puff of smoke rather than a bang, which could be down to the fact that it was stuck in beta testing for longer than anticipated.

Despite this, Roller Champions is actually quite fun to mess around in, or if you are looking for a good competitive title without involving cars or shooting. There are some great mechanics as well, such as the fact that you could risk getting bonus points if you could roll around the rink in consecutive laps before being tackled and scoring.

If the title is released on the Nintendo Switch with the same party features as the PC, Xbox and PlayStation iterations, then we can expect cross-play and cross-progression so you can play with, and play on, multiple platforms. Roller Champions is rather fun whether you are playing solo or with a squad of friends, and it’s quite hard to stop playing once you get into it. Catch the short gameplay overview trailer below and why not give it a try?