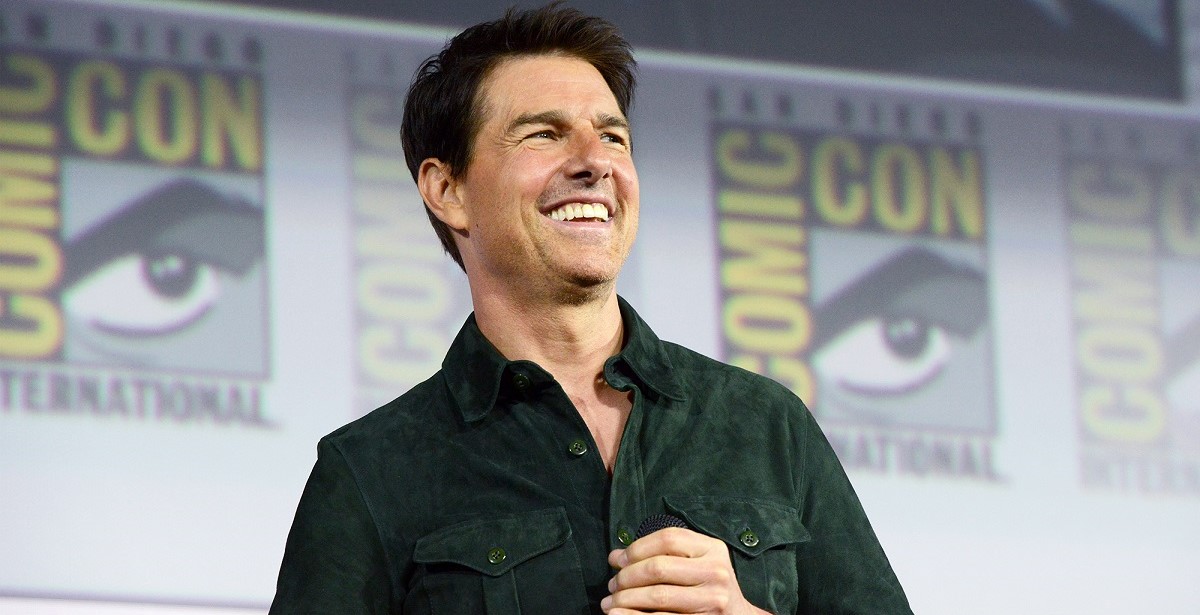 Way back in the olden times, 1986 to be exact, Tom Cruise rose to super-stardom with his portrayal of, ahem, a Maverick F14 Tomcat pilot. Born with a natural gift of raining destruction on America's enemies from one of the coolest fighter planes ever made, that chip on his shoulder created a multitude of problems that, by the end of the film, turned him from villain to hero.

Well, thirty-four years later, a visibly older Cruise is still cruising the skies, this time in an F18 Hornet while still rubbing his superiors up the wrong way. Because San Diego Comic-Con has forgotten the "Comic" part of the con, we got the first trailer for next year's Top Gun: Maverick, and while it takes a more serious tone than the now almost quaint patriotism of the original, it still has some of those almost camp set-pieces sprinkled in.

We get to see someone spin a football, an obvious homage to the homo-erotic beach volleyball scene, Cruise hops onto his old motorbike to race a plane down a runway in a shot-for-shot remake of that scene, and we do get to see some sort of bar serenade scene. We also get a glimpse of Anthony Edwards in the trailer, but whether he's playing Goose's son who must be over 40 by now, or if it's just flashback is anyone's guess.

Reportedly, Iceman - Val Kilmer - is going to be back, but whether Kelly McGillis or Meg Ryan show up is not yet known.

Top Gun was a favourite film of almost every kid back in the day, but whether those now middle-aged kids and their nostalgia are enough to propel this film to the top of the box office or not is another question.

Magius
@DG the story was terrible, but those dogfight scenes were and still are amazing. They're a bit dated now, but with modern cinematography and effects I cannot wait to see how they film those bits. The rest of it is irrelevant to me.

DEATHGIGAS
Never got the love for Top Gun myself, but this isn't a bad trailer.

DarkPrince
I'll go see it, watched Top Gun again a few days ago, plus Iceman is back

Blaze
@Snow Doesn't he have like 15 more Mission Impossible's to make? I think he's good. What's not good is... where's my Highway to the Danger Zone?!

Snow
Sigh... Is Tom Cruise needing money or something?

At least DP is happy

Blaze
HIIIIGHWAY TO THE... DANGER ZONE!

KnightFall500
Kept waiting for that song to kick in lol