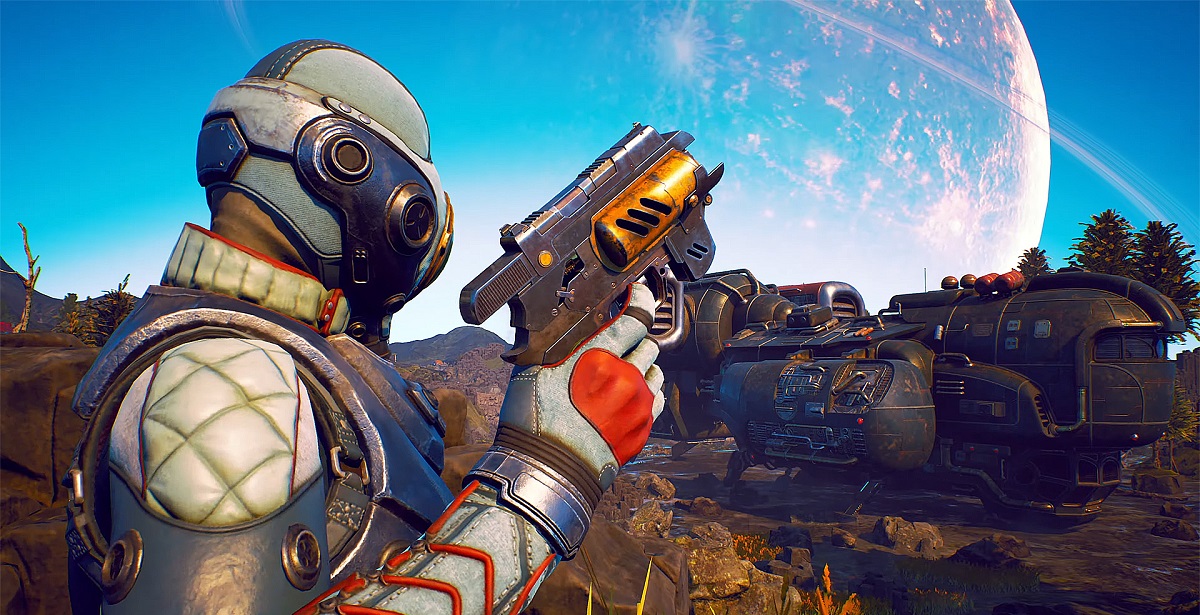 We have yet to even play Obsidian Entertainment's upcoming sci-fi RPG, The Outer Worlds, and there's already talk of a potential franchise being built for it. That seems to be Xbox's mantra, who famously acquired the developer a while back, meaning all future titles developed by the studio post-The Outer Worlds would be exclusive to Xbox - including sequels to The Outer Worlds. This comes in light of an interview with Xbox Studios head Matt Booty, who sees "an enduring franchise" for the gaming giant.

In an interview with Game Informer, Booty expressed interest in continuing The Outer Worlds as a franchise housed under the Xbox brand. Since Obsidian's acquisition by Xbox, though, it doesn't really mean that - should The Outer Worlds be a massive hit - they'd want to keep it exclusive to Xbox. Booty took the diplomatic approach and compared it to a franchise like Minecraft, where Microsoft technically owns the rights, but is still readily available across all platforms. That might be a similar case for The Outer Worlds if it does become a franchise, but not the case for the next Obsidian project which will most certainly be an exclusive.

"I think that it's a great universe they’ve created," said Booty, speaking about The Outer Worlds and its exciting potential. "And I think about what are the things that you need for a franchise to kind of bear weight? Like what can it withstand? Is it a narrative, is it a set of characters, is it a universe that's big enough that you could start to add onto it?"

Before we jump the gun and assume The Outer Worlds will be a massive success, I think it's best we see how the game performs first when it launches on October 25, 2019 for PlayStation 4, Xbox One, and PC. A Nintendo Switch port was also revealed, though no release date was provided.

Lurch
@Magius - If they make a strong enough comeback with whatever they call the next Xbox, I'd still imagine it'll come to Xbox, PC, and Switch - a large market. Still, I'd imagine it'll be multiplatform with some MS more than happy to publish and take a cut of Sony's large userbase.

Blaze
@Magius Does seem like Booty is implying that The Outer Worlds sequels will be left multiplatform. Can't honestly tell yet until Obsidian decides if they even wanna make a sequel.

Magius
Odd that. I mean why would MS want the studio they paid what is likely a shedload of money for to only produce games for their systems, I mean it's not like all of us criticised the Xbox this gen for having almost no exclusives of note