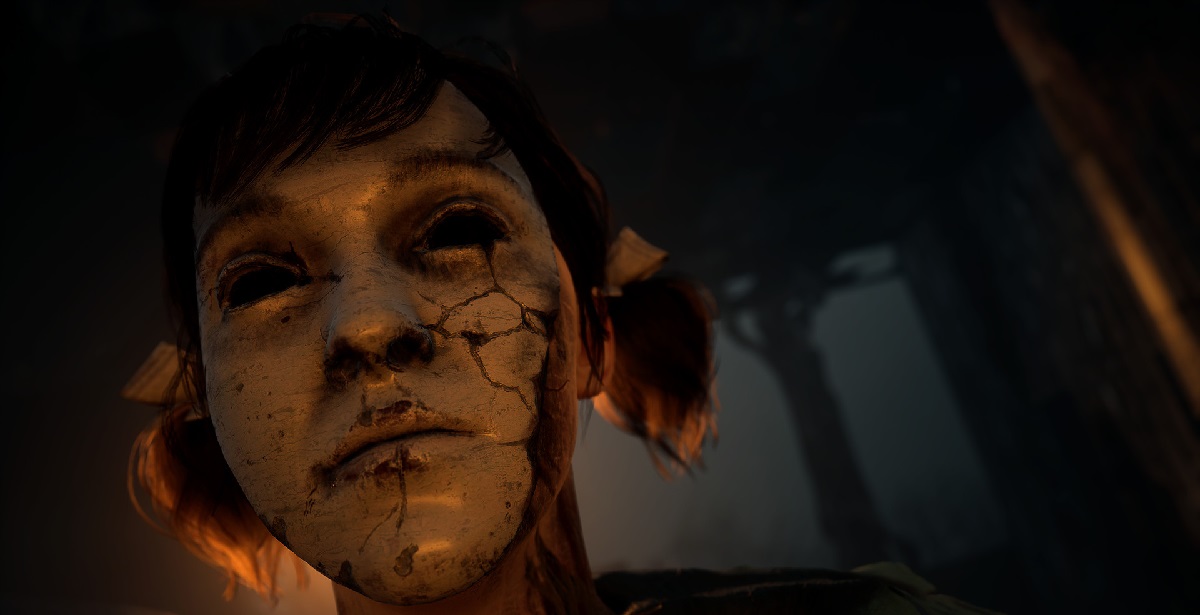 Bloober Team, the developers behind the Layers of Fear series and Blair Witch, are preparing for the launch of their next horror title, The Medium. Largely inspired by Konami and Team Silent's legendary Silent Hill, The Medium sets itself apart by allowing players to traverse two realms at once, in one seamless gameplay experience. This concept alone makes it enough to be a current-gen game only, as the processing power needed to accomplish this is something last-gen consoles simply cannot achieve. That said, PC players will also need a bit of muscle to get The Medium running optimally on their rigs.

READ MORE: Fallout: New Vegas Sequel Rumoured to be in the Works

Bloober Team recently released the PC system requirements for The Medium, with the RTX 3080 specifically needed for 4K/30fps and Ray Tracing. If you'd like to experience this horror game to its fullest, you'll need quite a good PC rig to get that enjoyment. Minimum will require players to at least have a GTX 1060 (which many might argue is becoming par for the course these days), though it gets increasingly more taxing as it escalates. In addition to these PC system requirements, Bloober Team also released a brand new video titled "What Does a Medium Do?"

Check out the full PC system requirements below: 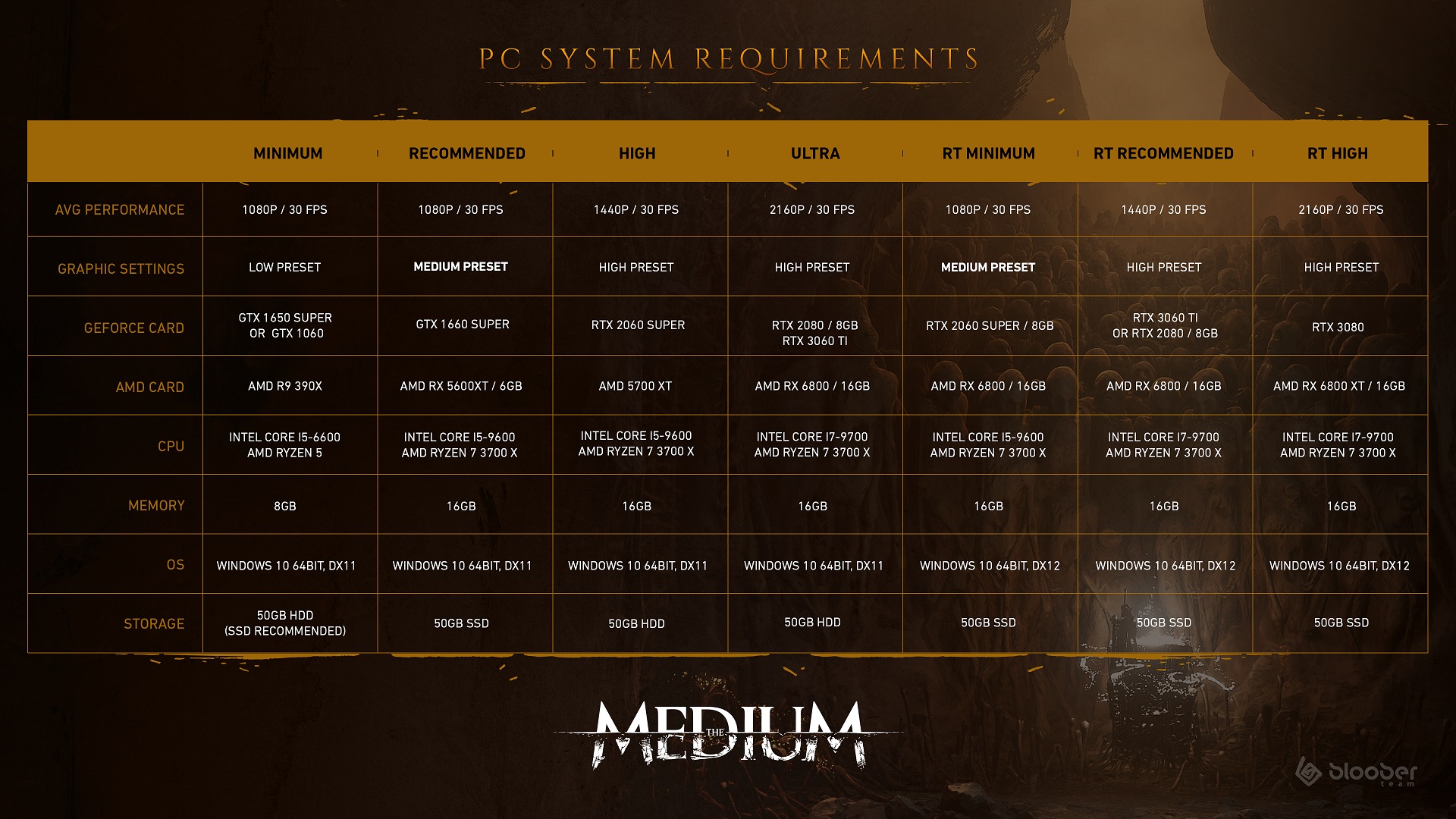 The official description for The Medium's latest trailer reads:

"Behind the thin veil that separates us from the spirit world, a Medium can find lost souls on their way to the afterlife. For Marianne, helping them cross over has almost become her life's purpose. Take a look at our next Premonition video, in which we show you some of the unique skills of a Medium.

Discover a dark mystery only a medium can solve. Explore the real world and the spirit world at the same time. Use your psychic abilities to solve puzzles spanning both worlds, uncover deeply disturbing secrets, and survive encounters with The Maw - a monster born from an unspeakable tragedy."

The Medium launches on January 28th, 2021 for Xbox Series X/S (coming to Game Pass at launch) and PC.

Lurch
Weirdly not a single mention of 60fps (though PC settings are obviously granular). I'm guessing simultaneously rendering 2 environments comes at a cost?