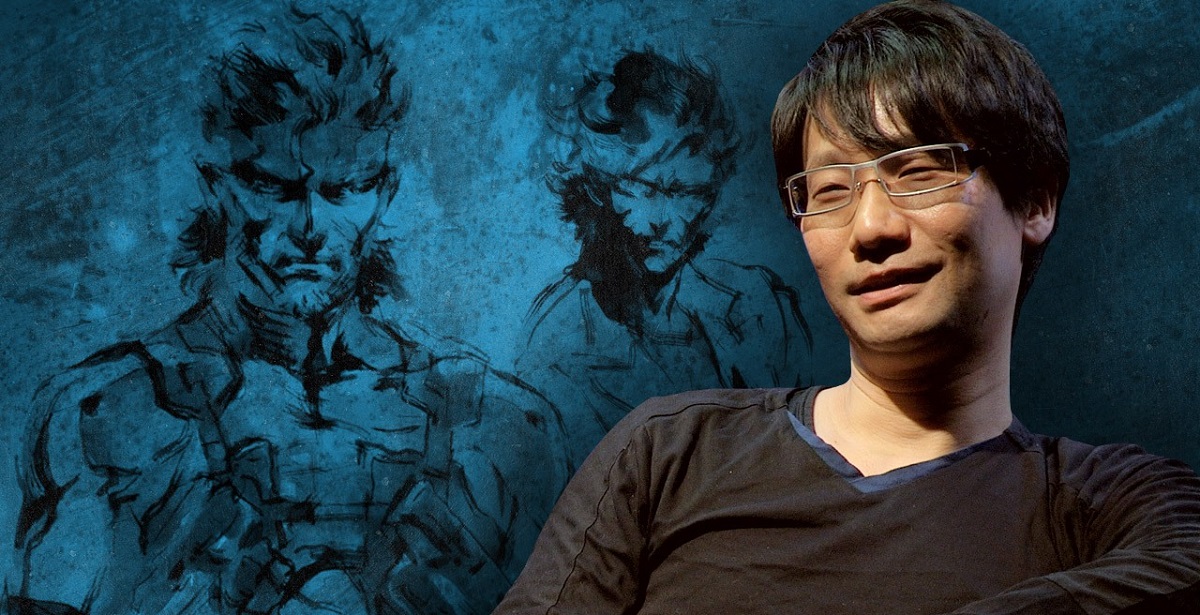 Video games wouldn't be the same without Hideo Kojima, a fact that can't be denied whether you're a fan of the eccentric developers work or not. Many know him as the mind behind the legendary Metal Gear franchise, which spearheaded the stealth genre of gaming, though there's a lot more to Mr. Kojima than meets the eye. Today, we're going to explore his early life, roots, rise to fame, indifference with Konami, and many more that led him on the path to developing Death Stranding. 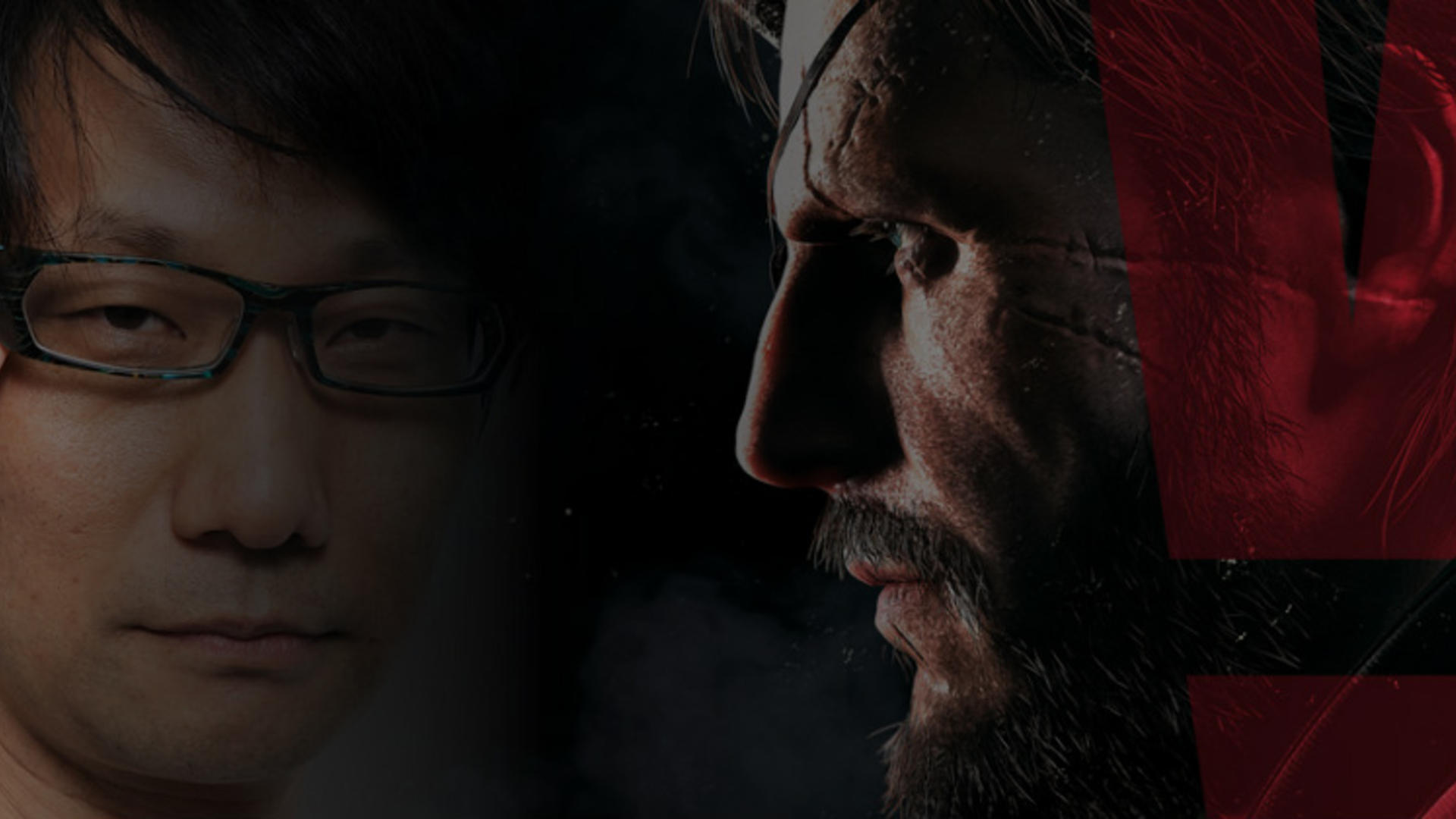 Hideo Kojima was was born on August 24, 1963 as the youngest of three children. He was born in Setagaya, Tokyo, but moved to Osaka where he spent most of his childhood. At a very early age, Kojima was exposed to films. Every night, his family would gather to watch movies, and Kojima wasn't allowed to sleep until the movie was finished. Naturally, this caused him to grow fond of filmmaking, and it seemed like he was initially steering his life to go in that direction. In fact, he wanted to pursue a career in either filmmaking, art, or an illustrator, though refused to give into social norms in Japan at the time that favoured a stable income over creativity.

Sadly, tragedy struck when he was 13 years old. Kojima's father had passed away, leaving his family in a dire financial spot. Kojima had to take care of himself throughout his school years, often arriving home to an empty house. This sense of isolation played an important part in his outlook on life, as he expressed being restless whenever he was alone, thus opting for social interactions to break the discomfort (with Death Stranding in mind, we can see where the inspiration came from).

While studying economics, Kojima started writing short stories and submitting them to various outlets in Japan, though all got rejected because most magazines wanted 100 page stories, while Kojima's were often over 400 pages. He eventually teamed up with his friend to shoot films with an 8mm camera. While attending university, many expected Kojima to pursue filmmaking since he seemed quite passionate about it, but later revealed that he would be joining the video game industry instead - much to the surprise of his peers. Kojima had grown quite fond of video games then, playing a lot of titles on the Nintendo Famicom. Despite concerns from friends asking him to reconsider becoming a video game developer (as it was a very risky endeavor at the time with video games not being the most promising source of income), Kojima still persevered.

Kojima officially joined Konami's MSX division in 1986 as a designer and planner, though had difficulty getting his ideas and projects approved from his seniors. With no prior knowledge of programming, he found himself being looked down on. The first game he ever worked on was Antarctic Adventure, a sequel to Penguin Adventure, that significantly improved the action, added RPG elements, and multiple endings. He eventually found himself being assigned a little game called Metal Gear from a senior associate.

Kojima wasn't happy with the technology at the time severely limiting the game's combat, so he instead drew inspiration from The Great Escape to put an emphasis on stealth - something not unheard of in entertainment, but never taken to greater lengths in gaming either. Metal Gear released in 1987 for the MSX2 in Japan and parts of Europe, though received a more universally known port to the NES shortly after. Kojima's next game, the graphic adventure Snatcher, was critically acclaimed for its focus on storytelling, mature content, and cinematic cutscenes that would come to define one of Kojima's key styles.

In 1990, Kojima and his team developed a sequel to Metal Gear, titled Metal Gear 2: Solid Snake. The stealth genre blossomed here, refining the formula and making it a mainstay mechanic in gaming forever. It also touched on some risky subject matter, such as the nature of warfare. It explored these themes and ideas in a mature way, cementing Kojima as a talented storyteller above just being a game designer in the industry.

In 1994, Kojima worked on a sci-fi-themed adventure game called Policenauts, though mostly fell under the radar until it received more attention with its PlayStation port in 1996. 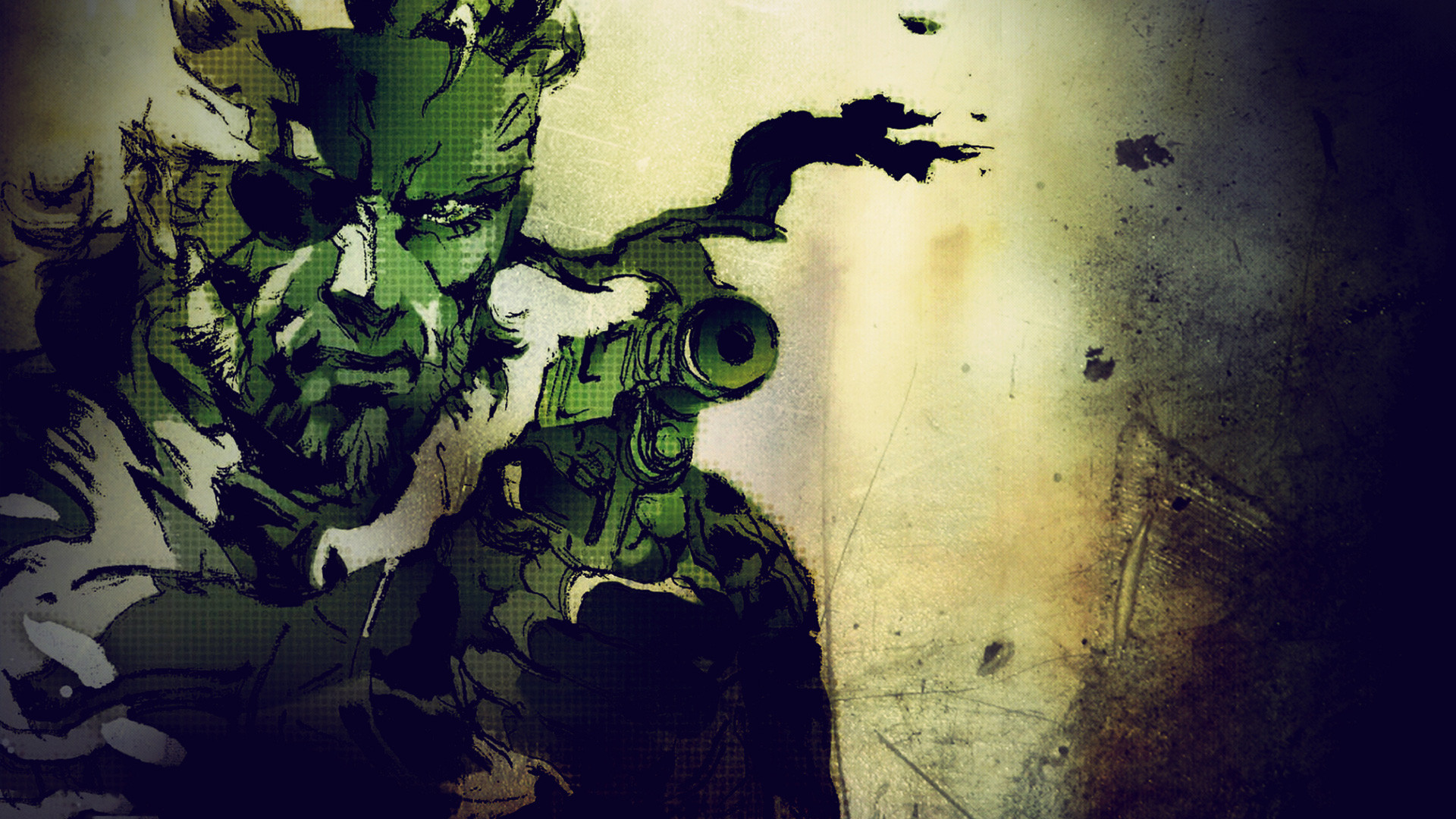 Kojima achieved celebrity status in the video game industry upon the release of Metal Gear Solid in 1998 for the original PlayStation. The game, widely considered now as one of the greatest of all time, revolutionized video game storytelling with a heavy emphasis on cutscenes, breakthrough gameplay mechanics, and 3D graphics that pushed the boundaries of what the console was capable of. The series now put Kojima on the map, thus sequels were greenlit for development shortly after.

Metal Gear Solid 2: Sons of Liberty released on the PlayStation 2 in 2001 to great critical and commercial success. Notably, it was the first game of its kind to pull the wool over gamer's eyes with its bait-and-switch protagonist. Solid Snake, the main character of the previous games, was quickly "disposed of" in the opening mission, leaving players to assume the role of a new recruit named Raiden. Advancements in tech and graphics meant that Kojima could expand upon the ideas of the first game, while also introducing the ability to tackle combat in first-person. Along with Metal Gear Solid's success, Kojima also produced the Zone of the Enders series in the early 2000s.

Kojima further refined stealth and espionage with the third mainline game in the Metal Gear Solid series, Snake Eater, released in 2004. Instead of taking place in indoor locations like its predecessors, Snake Eater put players in a Soviet jungle setting during the Cold War, focusing on survival mechanics and more in-depth storytelling through the eyes of Big Boss. Needless to say, it went on to become one of the greatest video games of all time, playing out like a well-constructed James Bond film rather than a traditional gaming experience. 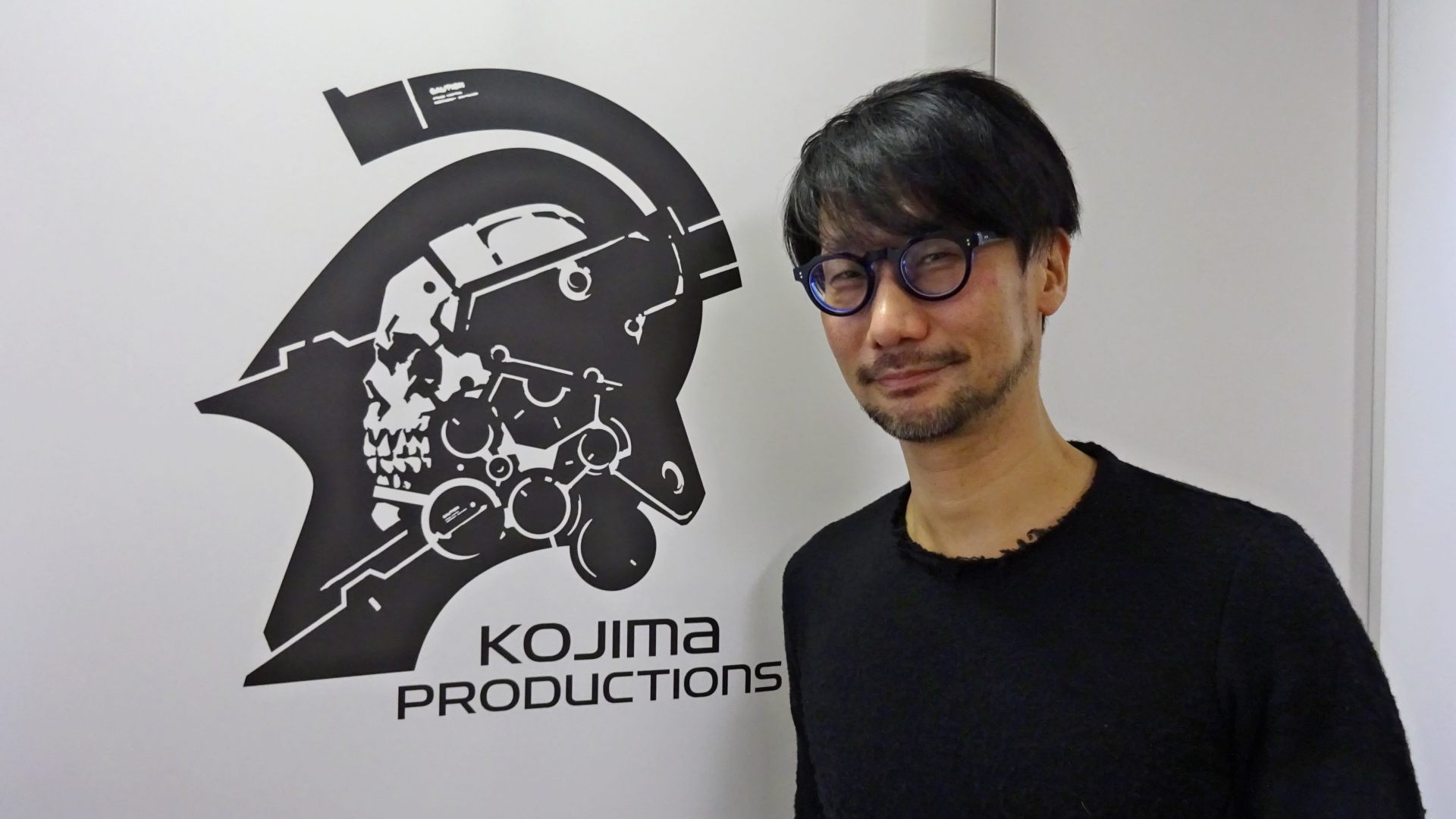 In 2008, Kojima co-directed Metal Gear Solid 4: Guns of the Patriots with Shuyo Murata. Though Kojima's team weren't initially keen on developing a fourth title, they received several death threats that pushed Kojima to hop on board as a co-director. Guns of the Patriots brought the Metal Gear saga to a close, bringing an end to Solid Snake's and Big Bosses story lines. The game was once again praised for its high-quality (very lengthy) cinematics and excellent stealth gameplay that took full advantage of the PlayStation 3.

Even though Kojima wanted Guns of the Patriots to be his last Metal Gear Solid game, he still assisted with the development of two spin-off games: Metal Gear Rising: Revengeance and Metal Gear Solid: Peace Walker. During the years of 2009 to 2012, Kojima quietly created a new game engine called the Fox Engine, expressing interest in developing a Silent Hill game on it. 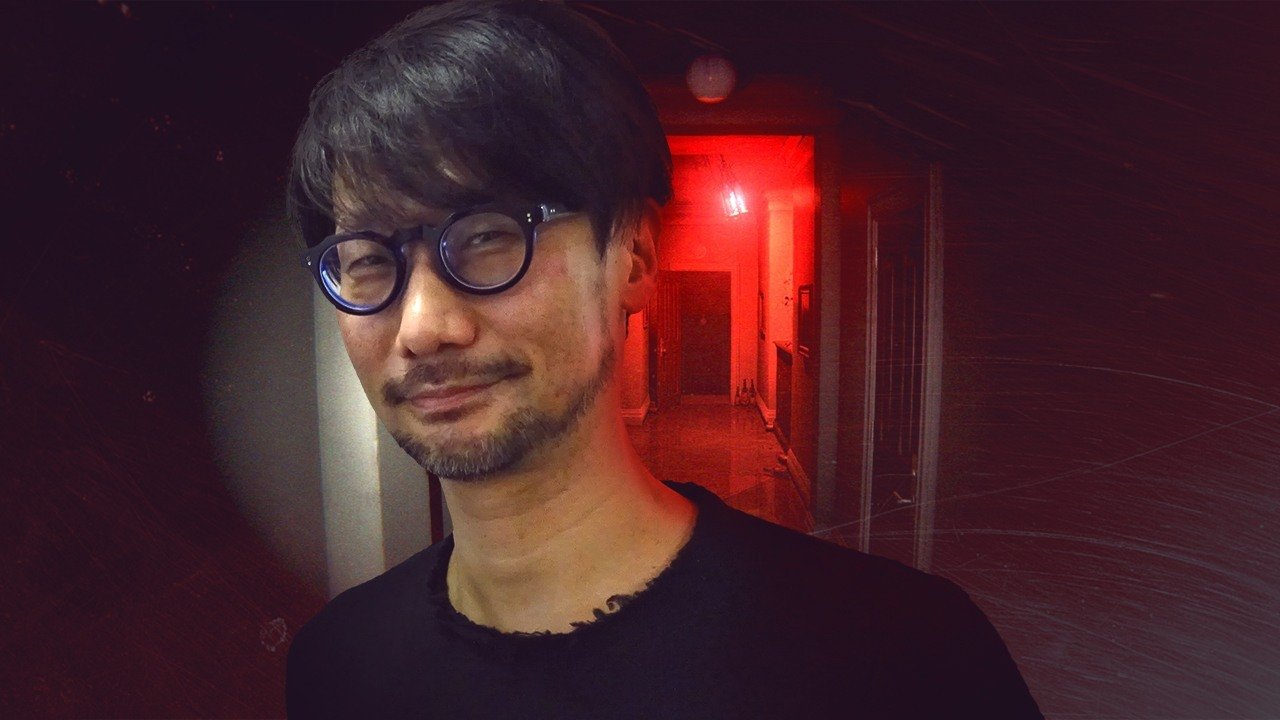 In 2014, a mysterious game demo snuck onto the PlayStation Store called PT. Upon completing the horror experience, players were thrilled to discover that it was actually a teaser for Silent Hills, an upcoming game which saw the collaborative efforts between Kojima, filmmaker Guillermo del Toro, and famed Japanese horror artist, Junji Ito. At the same time, Kojima was hard at work on developing a new Metal Gear Solid title, a prequel called Metal Gear Solid V: The Phantom Pain. This, he confirmed, would be his final work on the series.

In 2015, tensions began to brew between Kojima and Konami. Reportedly, Konami felt Kojima may have been overshooting his ambitions with The Phantom Pain, leading to a lot more resources being poured into the project than usual. There were rumblings in the gaming industry that Kojima was planning to part ways with Konami, and in October 2015, the developer did just that. As a result of his departure, the final act for The Phantom Pain remained unfinished, and all development on Silent Hills was cancelled. Kojima was infamously not allowed to attend The Game Awards in 2015 as Konami's lawyers forbid him from going to the ceremony to receive The Phantom Pain's award for Best Action Game. 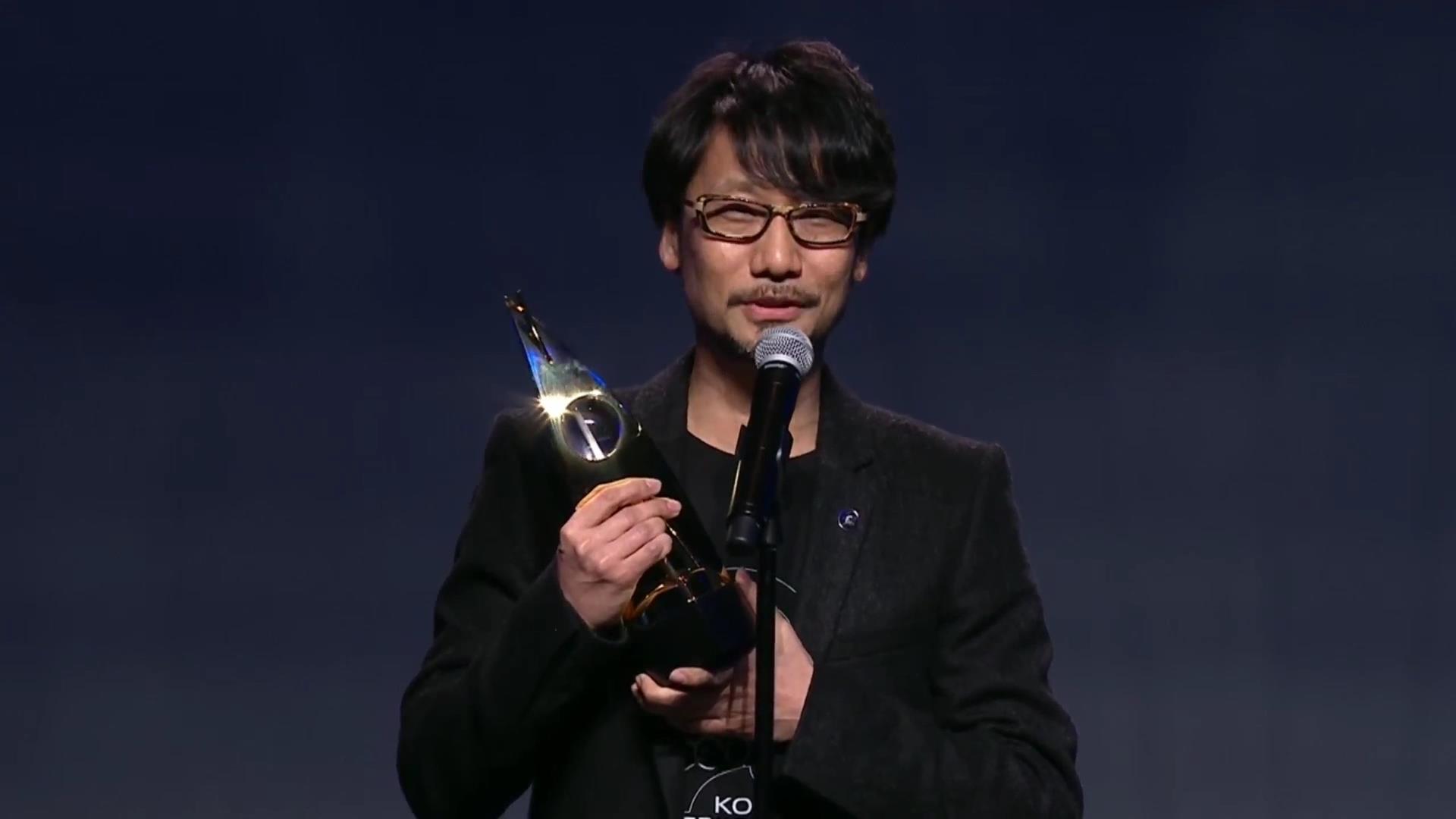 In December 2015, Kojima joined forces with Sony Interactive Entertainment to re-establish Kojima Productions as in independent studio, stating that his first title would be a PlayStation 4 exclusive. At E3 2016, Kojima finally pulled the curtain back on Death Stranding, a new project that saw the return of Silent Hills talents such as Guillermo del Toro and actor Norman Reedus. Death Stranding was swiftly and efficiently developed under Sony's banner, attracting other Hollywood actors such as Lea Seydoux and Mads Mikkelsen, along with previous Metal Gear Solid collaborator and voice actor Troy Baker.

Hideo Kojima has become one of the gaming industries most recognized and influential figures, often to some divisive degrees. However, there's no denying the massive impact that his games have made on video games as a whole. The cinematic quality of his games were compared numerous times to that of actual films, including top-notch voice acting and motion capture to really sell its illusion. Apart from cinematic breakthroughs, he also brought plenty of new, groundbreaking ideas and mechanics to gaming, including pioneering the stealth genre as we know it today. Kojima continues to be in the spotlight, even more so due to his partnership with PlayStation and the mystery surrounding Death Stranding. Kojima has already stated that he will begin work on his next project after that, and there's no telling what the future might hold. 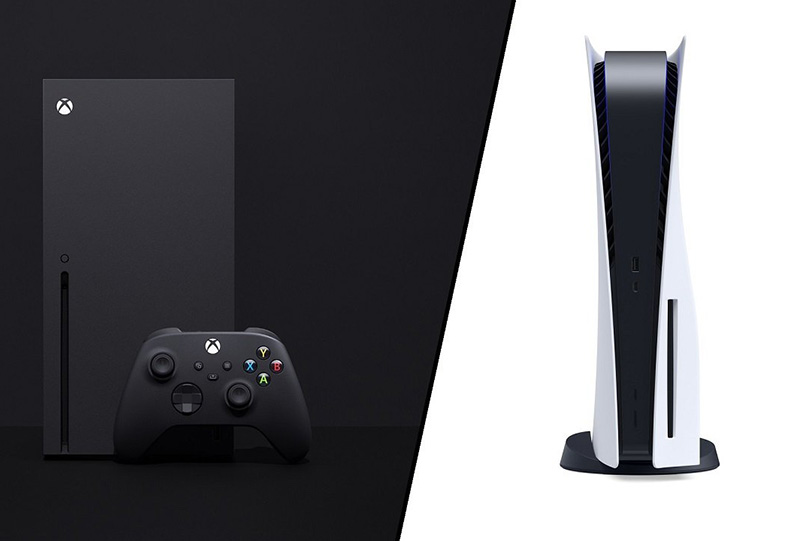 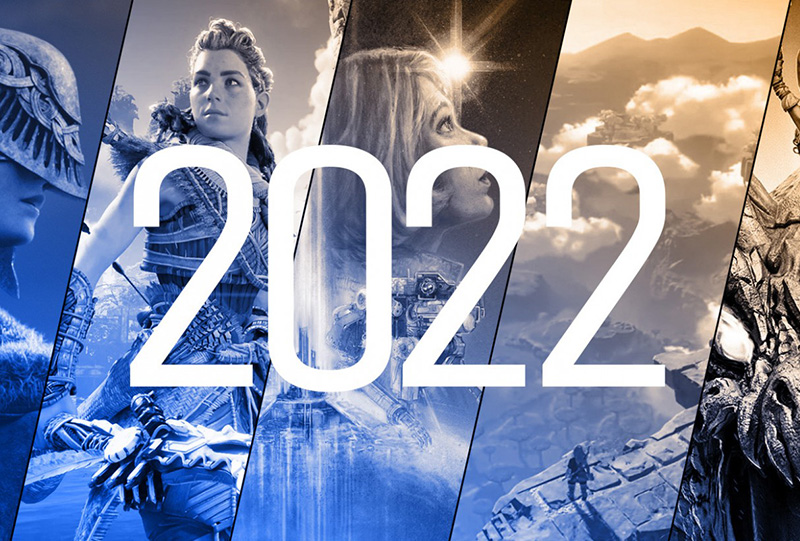 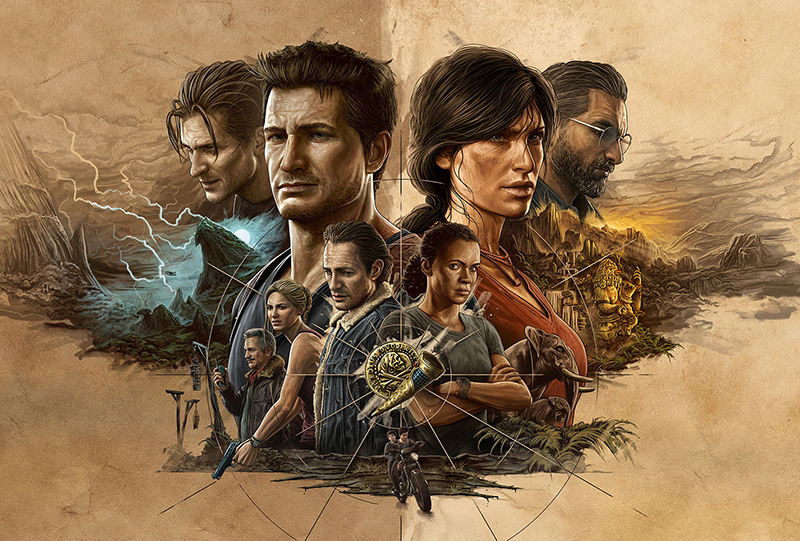 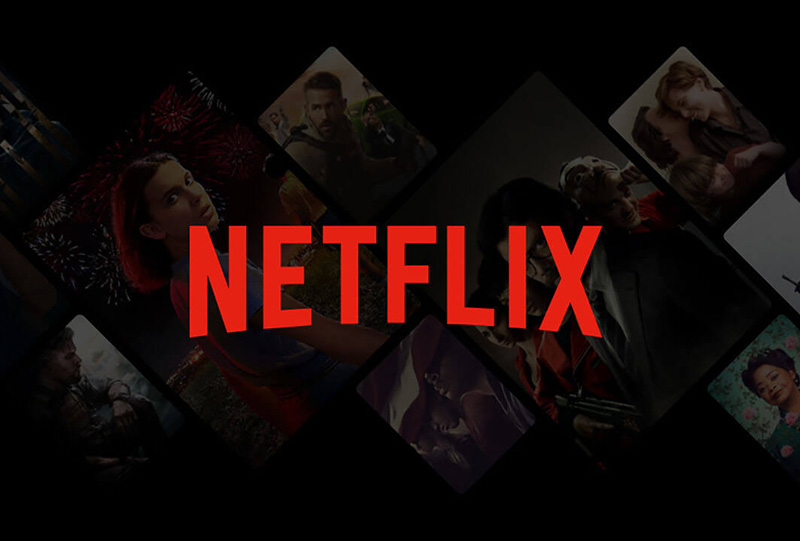 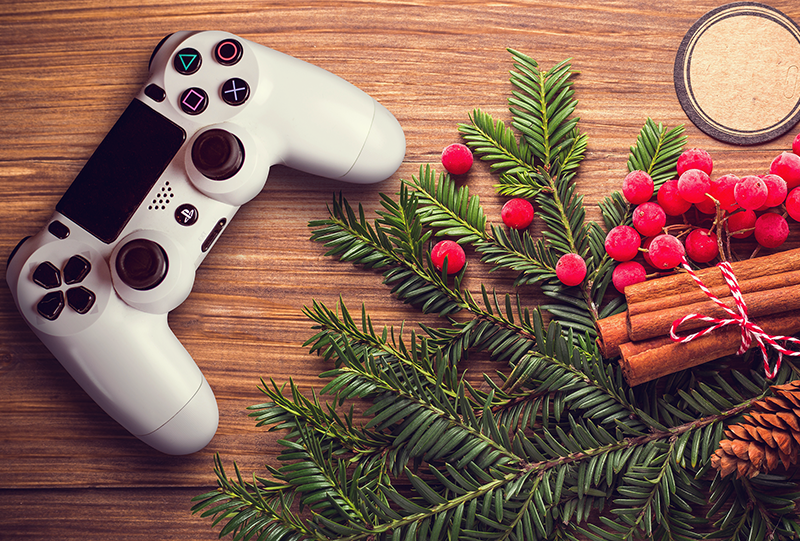 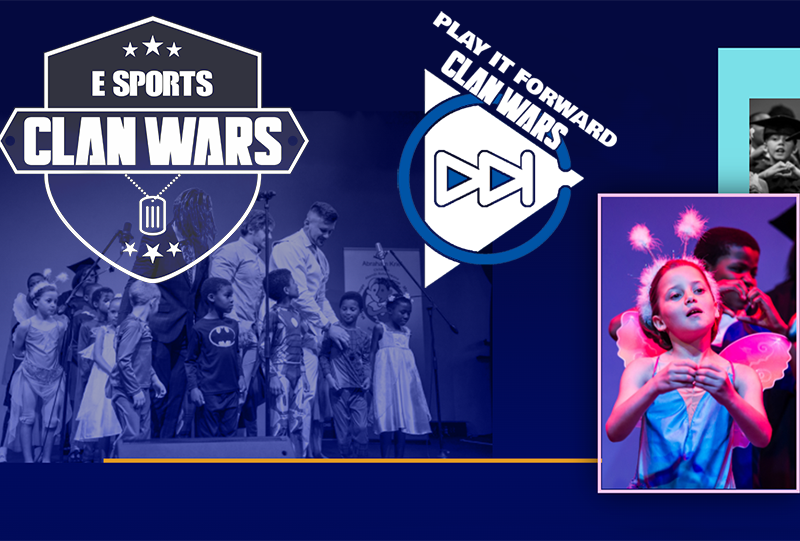 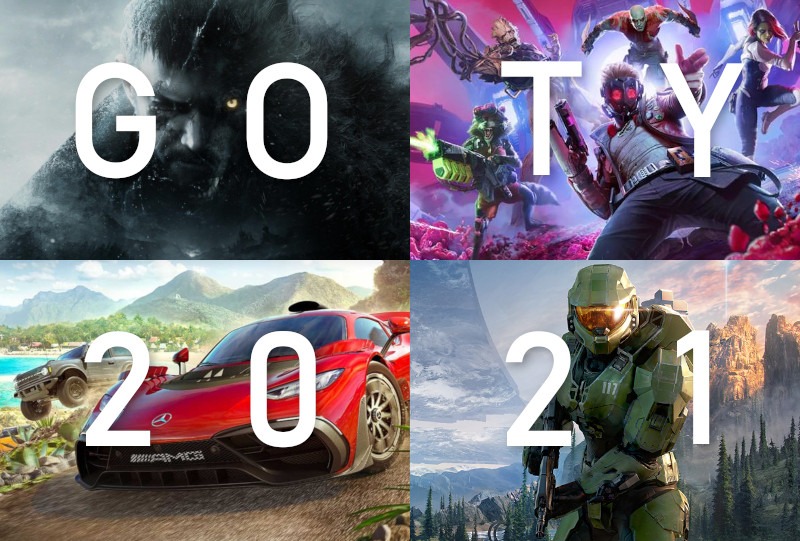 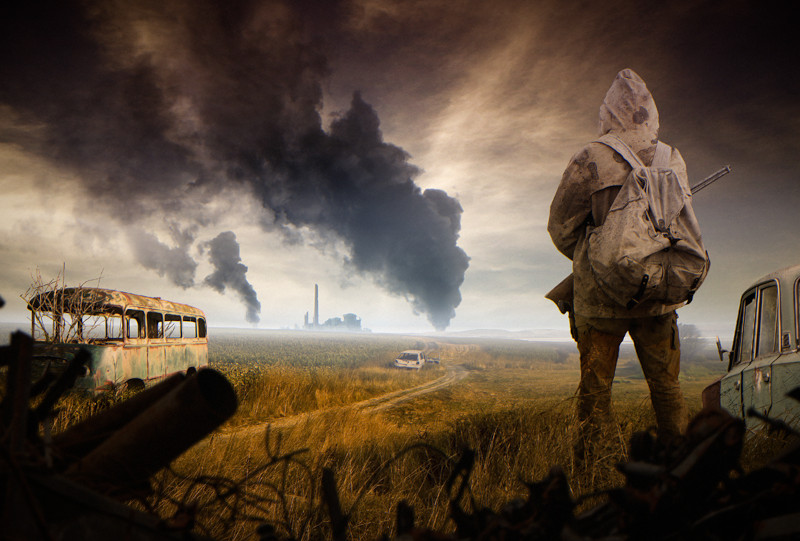 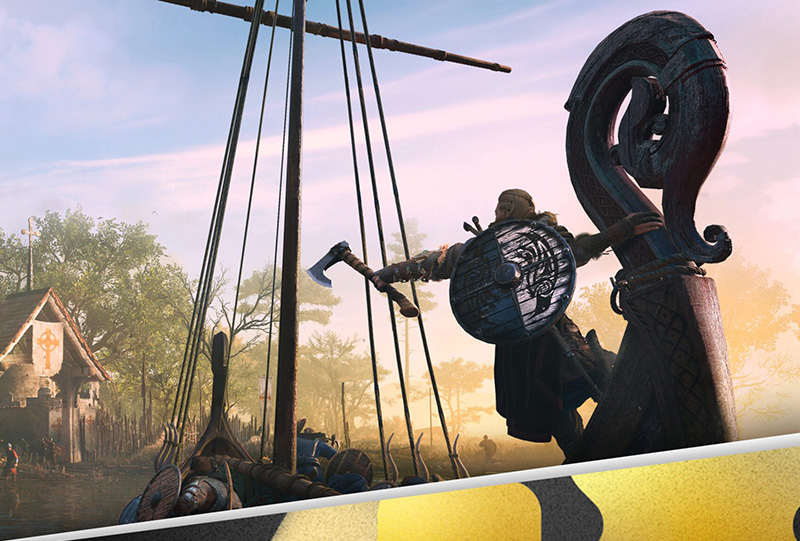