The Devil is a Part-Timer! Season 2 Announced 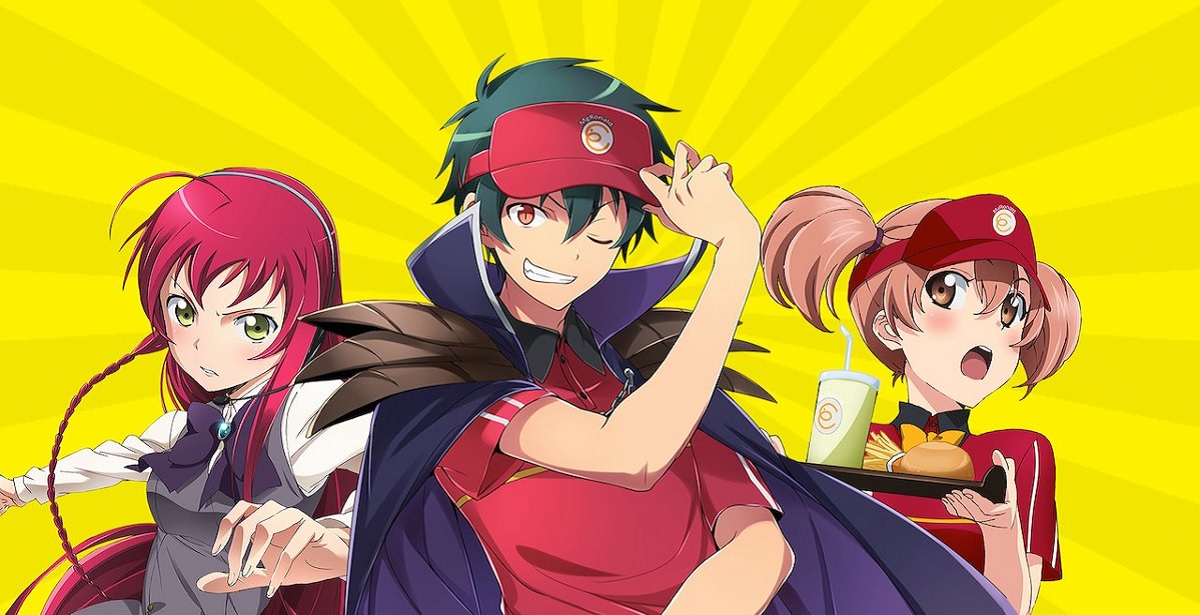 While gaming may have thrived with the many releases over the extended lockdown of 2020, the anime industry took quite a hit, with several upcoming shows being delayed to 2021 and beyond. However, it's also brought a handful of new anime announcements, recently with Hellsing becoming a live-action film. Now, anime fans can look forward to The Devil is a Part-Timer!, which recently got its second season announcement.

As reported by Anime News Network, The Devil is a Part-Timer! Season 2 has been confirmed. The original anime first debuted all the way back in 2013, and received plenty of attention for its great comedy. In the basic synopsis, the anime follows the devil, Sadao Maou, who gets stuck in our real world, and has to make ends meet by working at a fast food restaurant (which is clearly McDonald's). Taking the fantasy genre and flipping it on its head, The Devil is a Part-Timer! succeeded as a great subversion of the isekai genre, and one with a terrific sense of humour. The second season will see the return of the anime's Japanese cast too, including Ryota Ohsaka as the Demon King Satan.

The description for the light novels (adapted from Akio Hiiragi's manga) reads:

"After being soundly thrashed by the hero Emilia, the Devil King and his general beat a hasty retreat to a parallel universe... only to land plop in the middle of bustling, modern-day Tokyo! Lacking the magic necessary to return home, the two are forced to assume human identities and live average human lives until they can find a better solution. And to make ends meet, Satan finds gainful employment at a nearby fast food joint! With his devilish mind set on working his way up the management food chain, what will become of his thirst for conquest?!"

The Devil is a Part-Timer! Season 2 will likely air sometime in 2021, but we'll keep you updated.