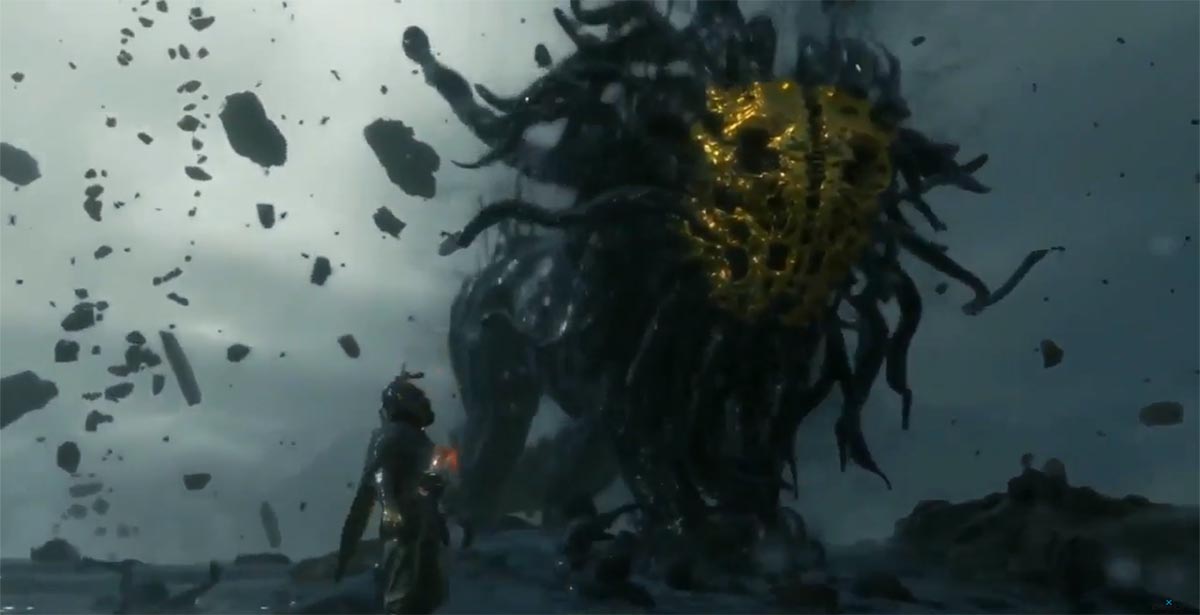 If obscurity was a mark for success, then Kojima Productions latest game, Death Stranding, must surely be the king of the castle.

A new trailer for the game was shown off at Tokyo Game Show 2018 and, in typical Kojima fashion, didn't answer a damn thing about anything. What we know for sure now is that the games monsters can be controlled, in fact are been controlled by a man in a golden mask, and that Bloodborn-ish, cosmic looking monsters are going to be part of the package. It still doesn't tell me how the game is going to play, but it's certain that Kojima Productions are crossing genre's here and that horror is going to play a strong role in the games atmosphere and aesthetics.

Along with the new trailer came the news that Troy Baker had been added to the cast list and would be playing the man in the golden mask from the trailer.

KnightFall500
This games gana be one hell of a ride, if nothing else.

Blaze
This looks so bizarre. I'm in!