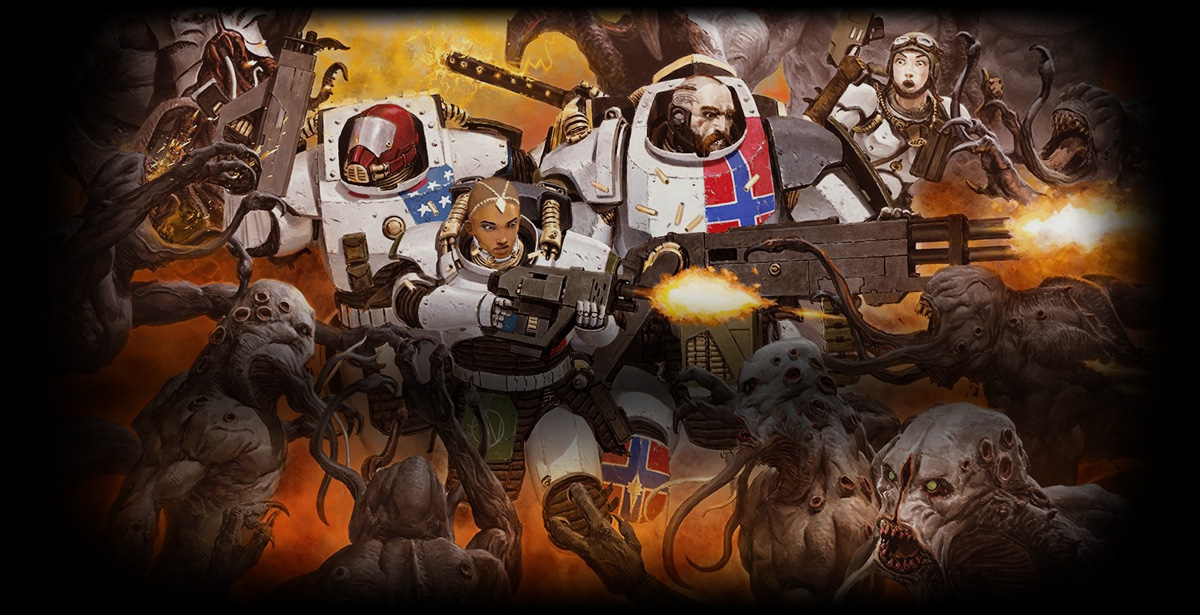 For those who have never played a Zombicide game, it is basically a co-operative survival game where players play characters caught up in a terrifying battle for their lives against hordes of horrific creatures (usually zombies, or some sort of similar infection spreading monster). It is a game that is not only renowned for its exciting and suspenseful game play, but also for its fantastically detailed figures and the sheer quantity of them. In fact many hobbyists have been known to buy Zombicide just for the figures, whether to use them in other games as well or just to paint them. But that doesn’t mean that the figures are the only reason to buy the game, by no means, I have found the game to be one of the best in its genre, and the amazing models are just a really big perk. The original game was set in a kind of present day zombie apocalypse scenario, and since then there have been multiple expansions and even other base games that change the entire setting , like one set in a fantasy zombie apocalypse, and this one, Zombicide: Invader, which has a futuristic space setting, where an alien species becomes wild and feral and attack the colonists just like a plague of zombies would have on earth, but with a few new twists and changes, to give the game a fresh and unique feel as well. 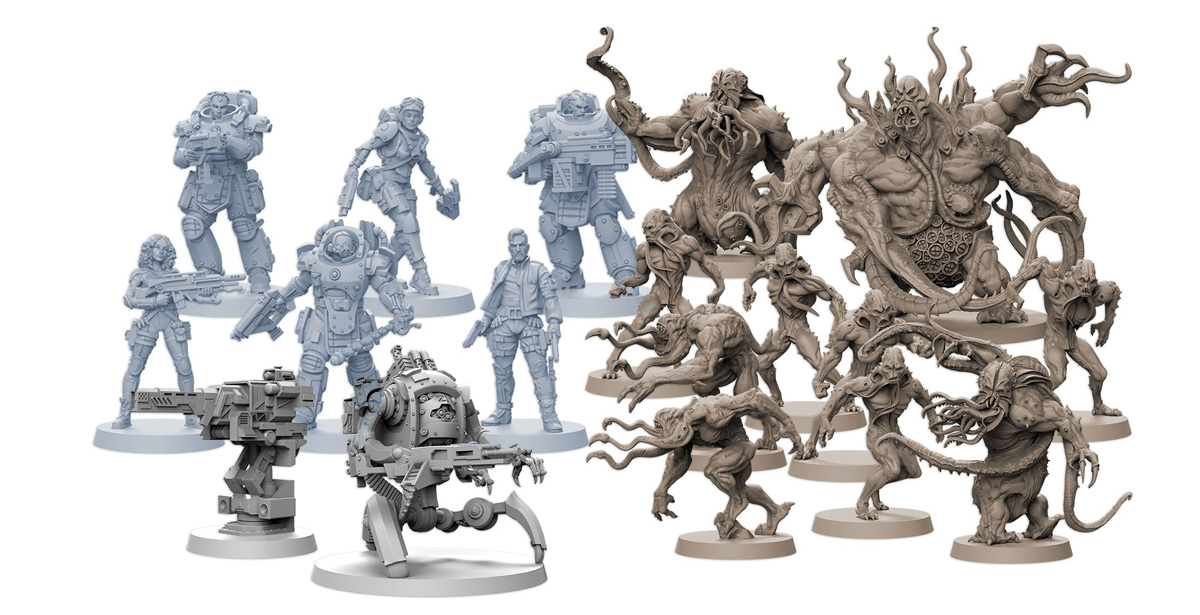 Zombicide: Invader is both epic and intricate at the same time. When a game board is laid out and the mission underway and your lone survivors are being swarmed by hoards of vicious monsters, which just keep coming, becoming more frenzied, and more overwhelming; it is intense. Strategizing on the fly, trying to figure the best ways for the characters to achieve the long term mission objectives, as well as the short term goals like trying to find better weaponry, or out manoeuvre the advancing enemies, or to take a strategic point, or even just to survive an assault; is a constant and nerve wracking thing. The game is immersive. I think partly because of the detail and presentation, from the custom character dashboard holders, which keep track of each character’s gear, abilities and experience, to the great looking map tiles and figures. I think partly also because of the mounting intensity, as things become more desperate very quickly, and chances of success appear smaller from every turn, it makes you more invested in your characters and the mission. You want them to win, to survive, to live to fight another day. But most of the time, as the game progresses a few turns in, the chances of that start to seem impossible. So you discuss plans as a team, and try to outwit and out think the frenzied beasts that are overrunning your position, trying everything to find a way forward.

Playing the game I got a very clear feeling of being stuck in a situation similar to what the characters in movies like Aliens, or Starship Troopers would have experienced. These mad alien creatures, an insect-like hive of merciless, relentless, and formidable monsters that are out to get you, and really nothing can stop them. The name of the game is survival. All thoughts of defeating such an enemy vanish from your head very early on when having to face off against them. If you can achieve your mission, maybe do something to aid the ongoing struggle, then great, but most of the time you’re just doing your best to stay alive, to claw your way one step closer to the exit, or at least past this room of infested monstrosities. Every turn is exciting and frightening. It’s really a very involved game, both with everything going on in the game itself, but also with the other players, plotting the best courses of action together and then sharing in the dismay as the enemy thwarts your best laid plans. 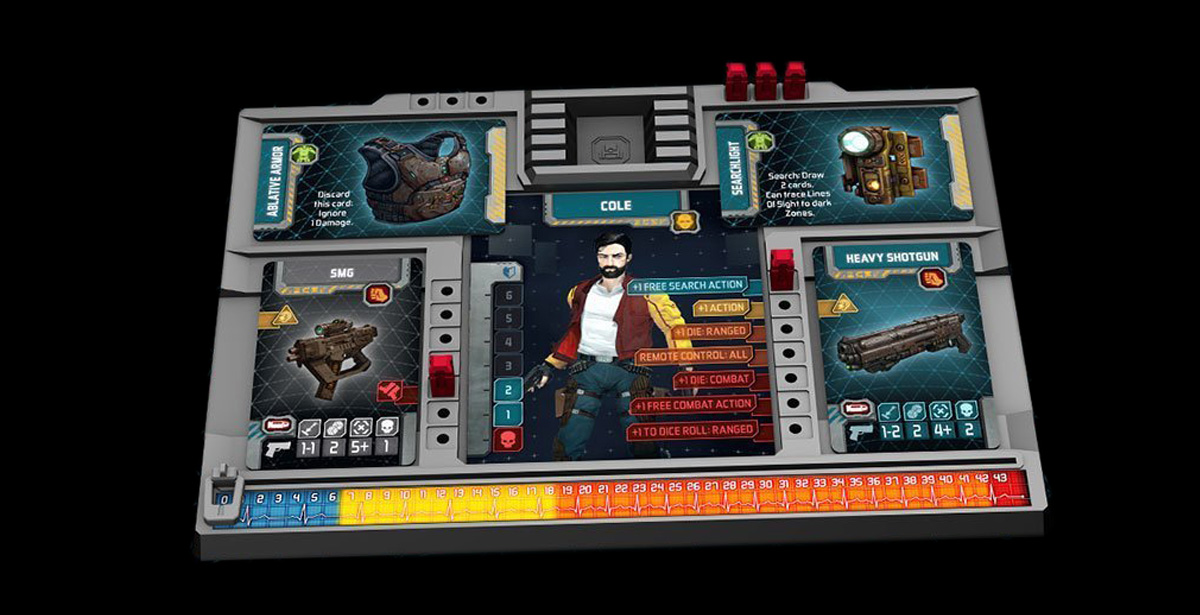 The game is a lot of fun, of that there’s no doubt. But is it for everyone? Well as I have mentioned, it is quite involved. There are lots of little rules and bits of information to remember, and what would have been helpful but wasn’t included would have been a short rules summary and basic glossary card or insert, so inevitably the players will forget a rule or need clarification on a situation and have to flip through the rulebook sometimes. I suppose if you play it often enough that wouldn’t be the case, but I would think in most cases you’re probably going to have to pause the game occasionally to look up a rule. There were a few cases in which I found the rules to be a little ambiguous, but nothing which really mattered too much and could usually just be custom ruled by the players using a little common sense and it wouldn’t make much difference to the balance of the game. On the whole, the rules and balance of the game is very well worked out, and it is evident that a lot of work was put into the design and play-testing to iron out most of what would or could have been issues. The end result is a very clean system. And although the game has a lot of little things to remember, playing through the turns themselves is not overly complicated, in fact the player’s turns and the automated enemy turn, run through quite smoothly and simply. That being said though, the game is meant to be quite hard, to build the excitement and suspense, the players should not have an easy time walking through missions, and even the beginner scenarios should feel challenging.

Besides having to remember a fair bit, especially on your first game or two, and being meant to be a tough game, there is also just “a lot of game”. While the 72 brilliantly detailed figures, and the excellent production on the game boards and cards and other pieces, are a huge draw factor for the game, they can also be a hindrance in some ways. The many pieces mean that setting up the game, and especially packing the game away, can take quite a long time. Although the game’s box is very well designed and includes a plastic moulded case in which the figures can slot into quite nicely so that they do not get damaged, it can become very time consuming and tedious to slot them back into the plastic holders, as the spaces are not marked or coded in any way, so it is really a case of putting figures into multiple slots until they fit comfortably; trial and error. Like I said, this can become tedious and time consuming, but it does protect the models and make storage a lot easier, so pro’s and con’s. The other problem with the size of the game is really the space required to play it. In most of the missions 6-8 of the modular boards are used to set up the playing area, and then you still need space for all of the character dashboards, card decks, and token piles, not to mention the alien Xeno figures which you’ll need a space for as they move on and off the board quite frequently. For most board game players this shouldn’t be too much of a problem, but for any gamers who have limited space, this should be a consideration. 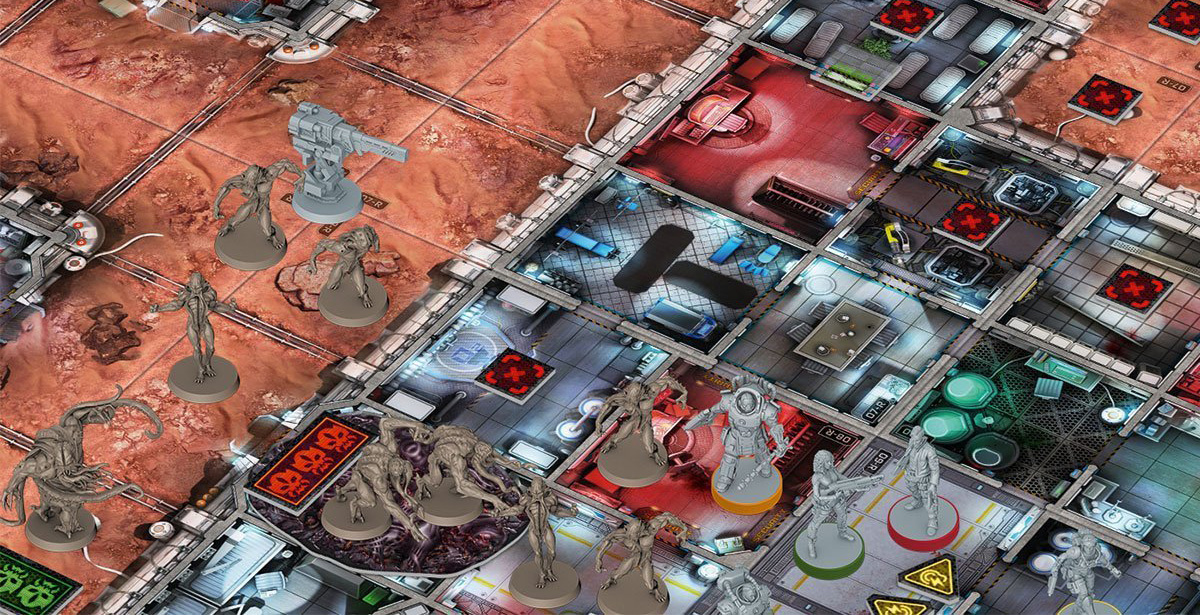 So on the whole, I found Zombicide: Invader to be an incredibly fun, exciting, and immersive experience, that definitely left me wanting to experience more of it. With a sound rules and game system, excellent production, and even storage considerations within the box, it is definitely a game worth its larger price tag. Although the game can be difficult at times, and that is on purpose in order to build the suspense of it, and there may be some rules or descriptions that might need to be looked up from time to time, the game is a co-operative game and not only encourages the players to work together, but actually demands it, and that means that it’s still okay for some younger players. The box says ages 14+, and that is mostly for the rules and violence, but I think since players help each other and you don’t need to play anything close to your chest or secretively, I don’t feel it would be an issue having younger players and mixed age groups.

With all things considered, I’d give Zombicide: Invader a thumbs up for sure.