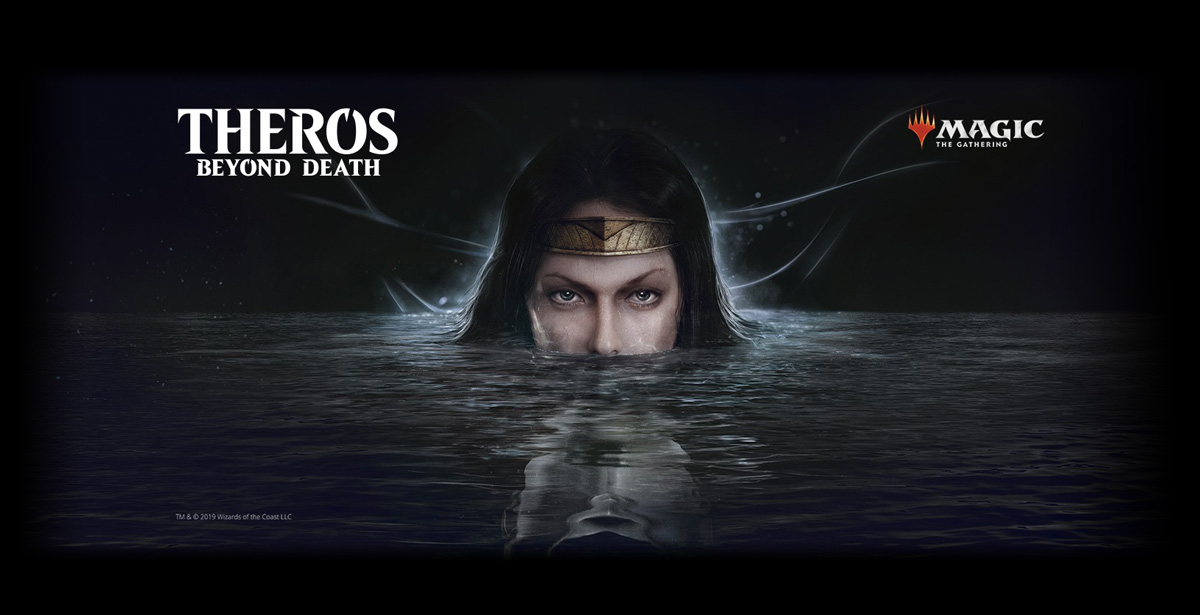 The ancient seal on the Underworld of Theros has been breached, heralding the return of a forgotten god. Primordial powers are stirring, the gods are fighting amongst themselves, heralding an opportunity for Elspeth to undo her fate and escape the Underworld.

Theros returns to the magic scene, bringing with it some new card types, game mechanics and some mechanics from earlier sets are incorporated too, not to mention a sharp increase in tension and upheaval in the ongoing Magic story as well. 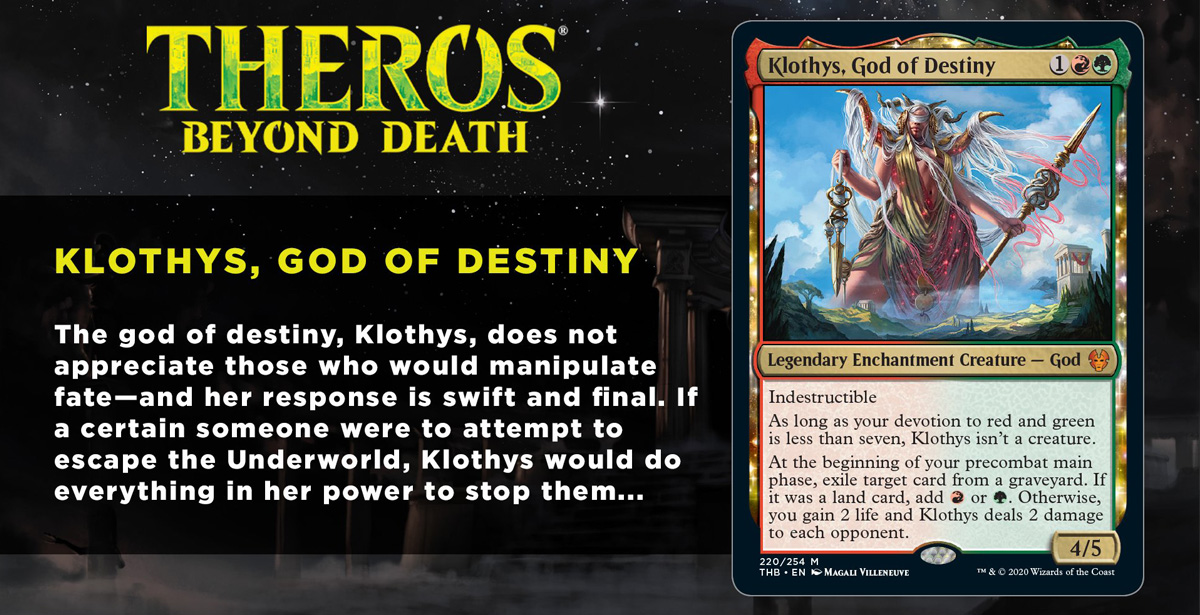 The set sees its pre-release events taking place over the weekend of the 17-19 January 2020, and is scheduled to be released on the 24th January 2020. The set looks to expand on the idea of not having all the cards from the set being available in the regular booster packs, but with unique cards only being obtainable through collector boosters, planeswalker decks and brawl decks, as well as the Buy-a-Box promotional card which is only supplied to customers that purchase entire booster boxes of the product. This does make it a bit difficult for players to access all the cards of the set, and especially for collectors who specifically want ALL the cards of the set, but on the other hand it is a good way to ensure the game’s products are all relevant and not made redundant to players by just focusing on booster packs, and also since this is not a new approach (it has been happening for a few sets already) it hasn’t proved too infuriating for most players.

In fact the popularity of some of the newer products like the brawl decks has really been outstanding in past sets, which also just shows that Wizards of the Coast (WOTC) still put a lot of work into the quality and balance of their products. So while possibly making it harder for some customers to access all the cards without buying products they usually wouldn’t have, or hunting for singles, WOTC at least ensure a solid game with very few bugs or ambiguity, and thus ensure the game survives. All in all, with whatever changes they have implemented, Magic the Gathering is still going strong, remaining the world’s most popular and successful Collectable Card Game of all time.

As mentioned, some new abilities and card types are brought out with the new set, as well as some relatively recent ones being revisited, which actually seem tie rather nicely into the story of this set, like the Saga card types. Constellation and Devotion mechanics, introduced in the first Theros sets, also see a comeback. 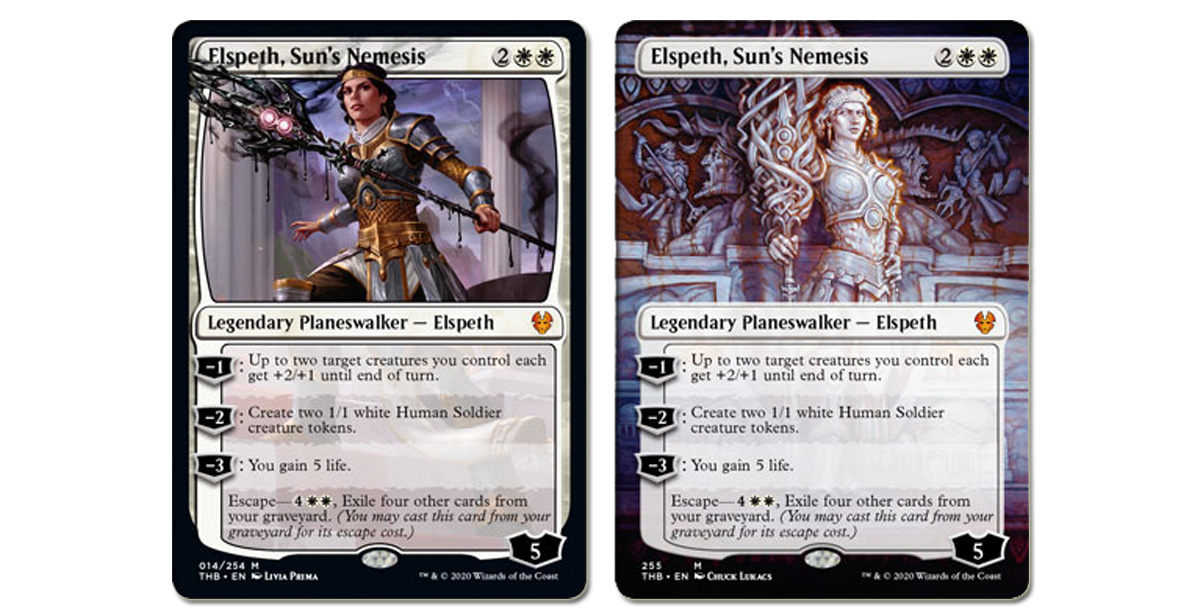 It is difficult to closely gauge player response and reaction to the set before cards have been played, but there does appear to be quite a lot of excitement over the set. The original Theros block was an incredibly popular one, which saw a huge increase in new players, as Magic tackled not only a lot of new concepts for the game itself, but a theme that tied closely into our own world’s mythology, making the subject matter more appealing to many who were not as engrossed in the heavily fantasy theme. The mythological aspect also reflected a lot of conflict in the setting, and a hint at darker things on the horizon. Theros Beyond Death definitely builds on the conflict of the setting, and seems to expand on that darker aspect of the mythology as well, which I’m sure will also prove a popular move as the sets that have combined fantasy and horror elements, like Innistrad, have also proved very popular amongst the player base, so I can’t see fantasy-mythology with a darker feel going very wrong in any way.

But with the pre-release coming up next weekend, giving players a chance to play the cards before the official release, and really being able to get into the thick of it, I’m sure we’ll see if Wizards of the Coast have managed to put out another hit set, or if they somehow missed the sweet spot. But from what I’ve seen of the cards themselves, and what other news sites have been saying about Theros Beyond Death, there seems to be a lot of excitement and high expectation for a fun-to-play set.

(Remember, if you are keen to play the Pre-release events, which is one of the best ways for a new player to break into tournament play, and is always a fun experience for more advanced players as well, there are still plenty of spaces available in the Pre-release events at Nexus. See our FaceBook Events page for a full listing of the events available: https://www.facebook.com/NexusHubEvents/) 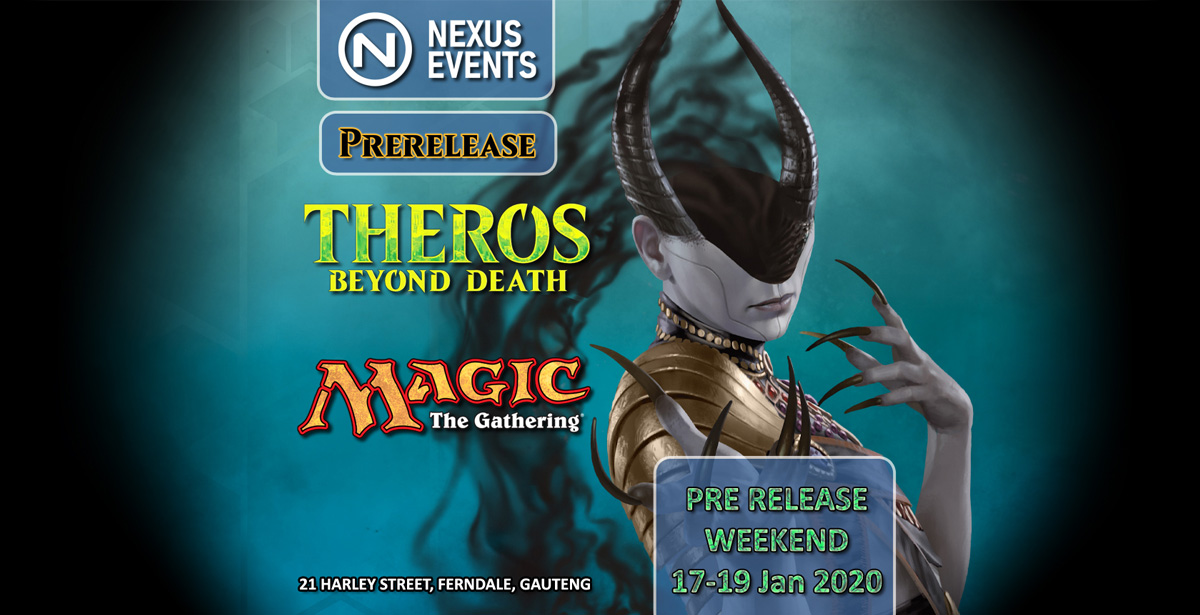 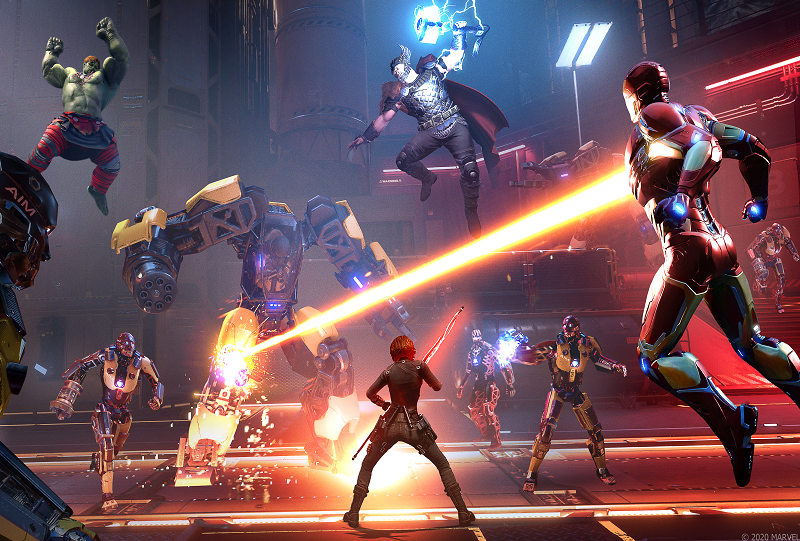 Marvel’s Avengers consumed my entire weekend as I battled hordes (and I mean hordes) of A.I.M henchmen... 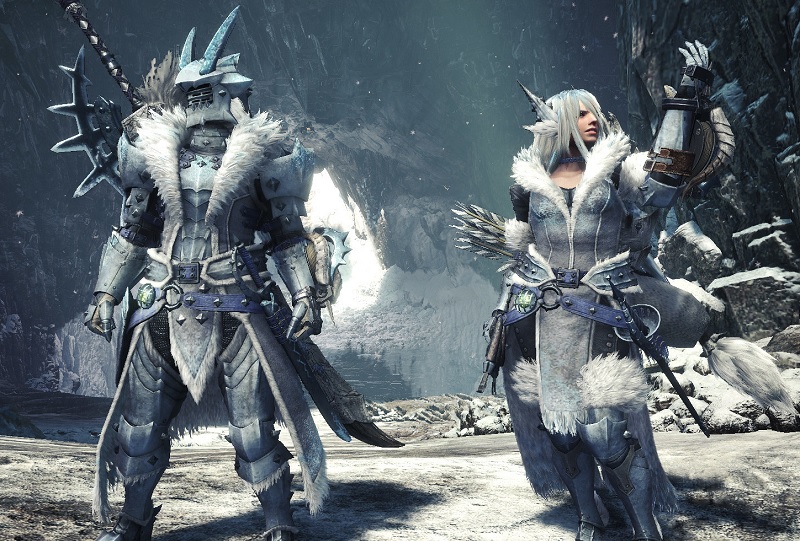 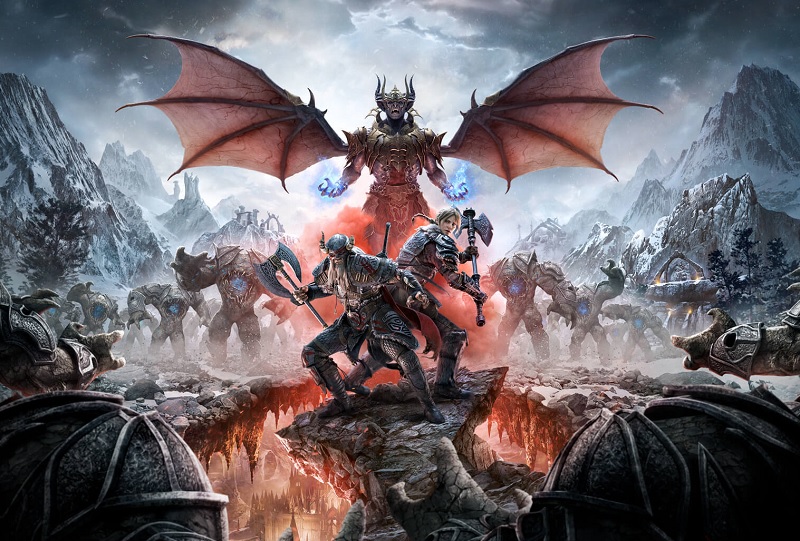 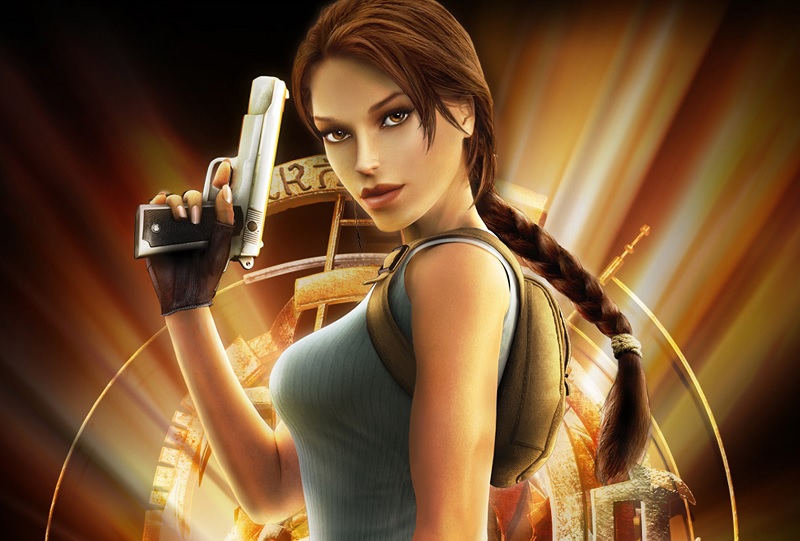