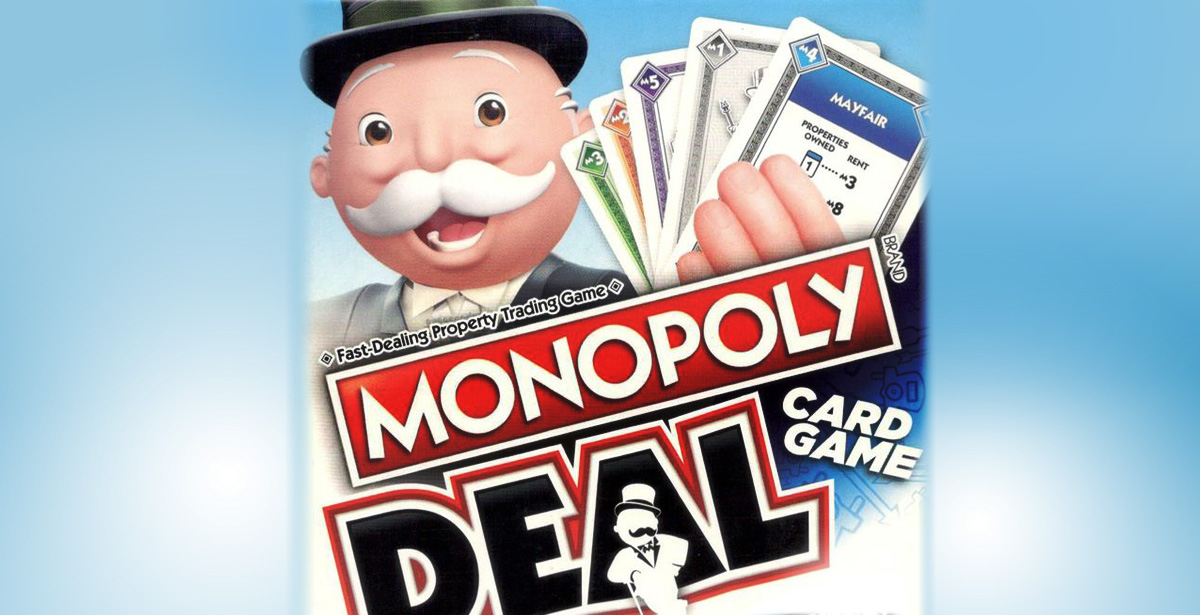 Monopoly is probably the best know board game of all time. Whether you love it or your hate it, you still know about it, and probably played it at some stage in your life. And it's a pretty well designed game, there's a reason that is has been played for so long, and there are still new themed editions coming out every year. From the classic edition, to an Adventure Time, World of Warcraft, or even Nightmare before Christmas themed Monopoly, the games still sell well at retailers across the world.

But with so many new and exciting games available these days, Monopoly may not be the first choice for most gamers with a bit more of an idea of the selection of games available to play, and with its obvious flaws like space required, the length of the games, and even potential animosity caused in unbalanced sessions, even franchise themed editions may not be enough of a reason for the more experienced gamers among us to consider playing Monopoly again. 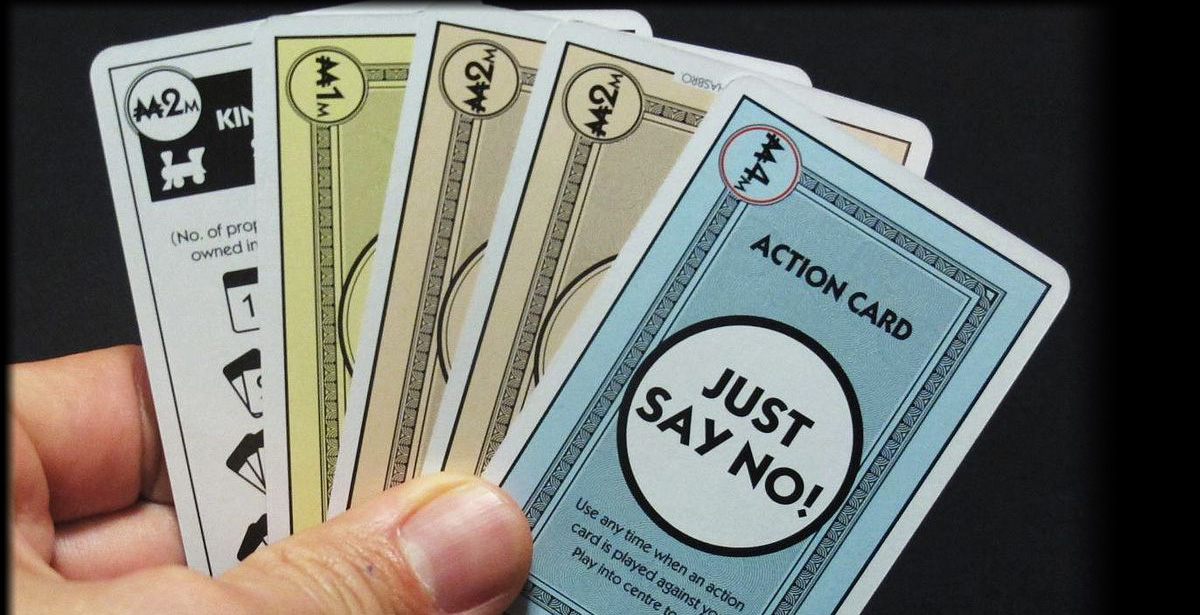 Enter Monopoly Deal. This fun, quick and easy version of the classic Monopoly board game, is a card game that encompasses a lot of the design elements that made the original Monopoly such a smoothly running game, but puts less emphasis on most of the negative aspects. In Monopoly Deal, players will "buy" properties by placing them into play from their hand instead of making laps around a board and saving up enough cash and good dice rolls to land where you needed to. But be cautious, as other players can charge you rent, send debt collectors, and even steal properties from you. Build up your collections of properties while playing special action cards against your opponents and hoarding up cash to pay out when cards are used against you, but remember that the only way to win is to be the first player with three complete sets of properties of different colours.

Monopoly Deal feels like a Frankenstein's Monster made up of parts of Monopoly, Poker, and Munchkin. What's great about it is it keeps all the players fairly even, and as a short game, even when some players pull ahead in nearing the objective, it isn't the soul-destroying and endless agony of coming stone last in a 5 hour traditional Monopoly game. And with special action cards, you might even be able to turn the tables and become a contender again if your opponents don't stay wary. Another great thing, with the flow of the game, is even though it can be every bit as cut-throat as ye olde Monopoly, because of the fast pace and ability to turn the tide, it never feels as upsetting when players get the short end of the stick; it retains the competitiveness but loses the hostility. Lastly, as a card game, less space is required, and the game itself is much more simplified and streamlined than the original board game. 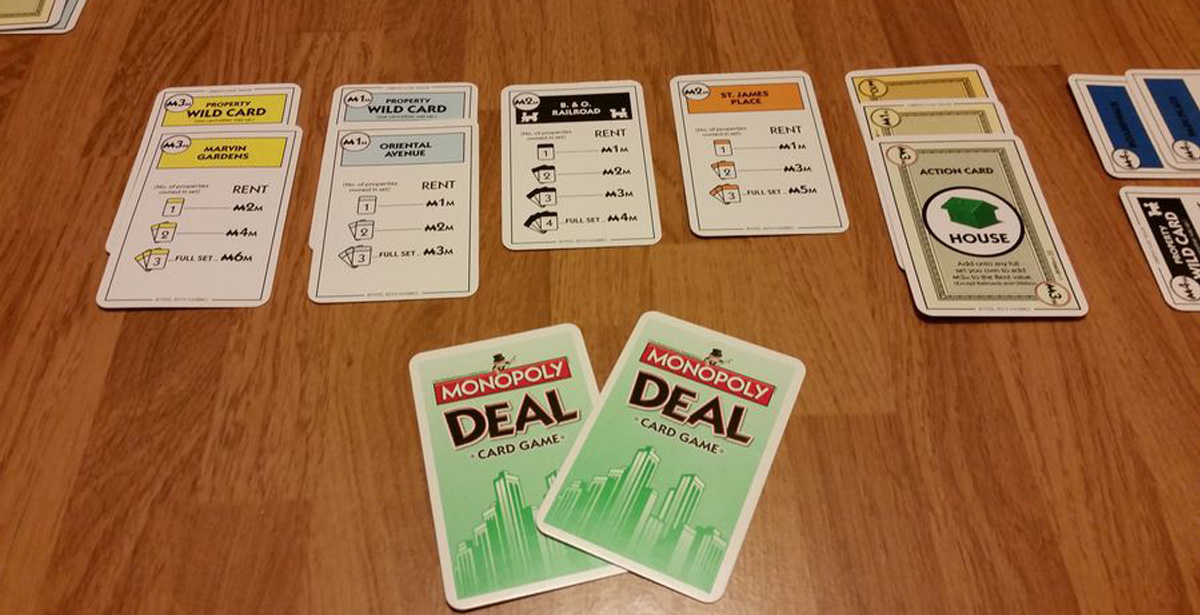 I stopped liking the Monopoly board game as a kid (if I ever really liked it), long before I discovered the massive amount of games available to play, and even more these days. But that being said, having played Monopoly Deal a few times now, it really shows why the game concept and design has stood the test of time, but Deal has just been so much more enjoyable for me than the classic game. The only downside, really, is that you can't have all the players fighting over which token they want to use to move around the board. Actually, is that even a downside?