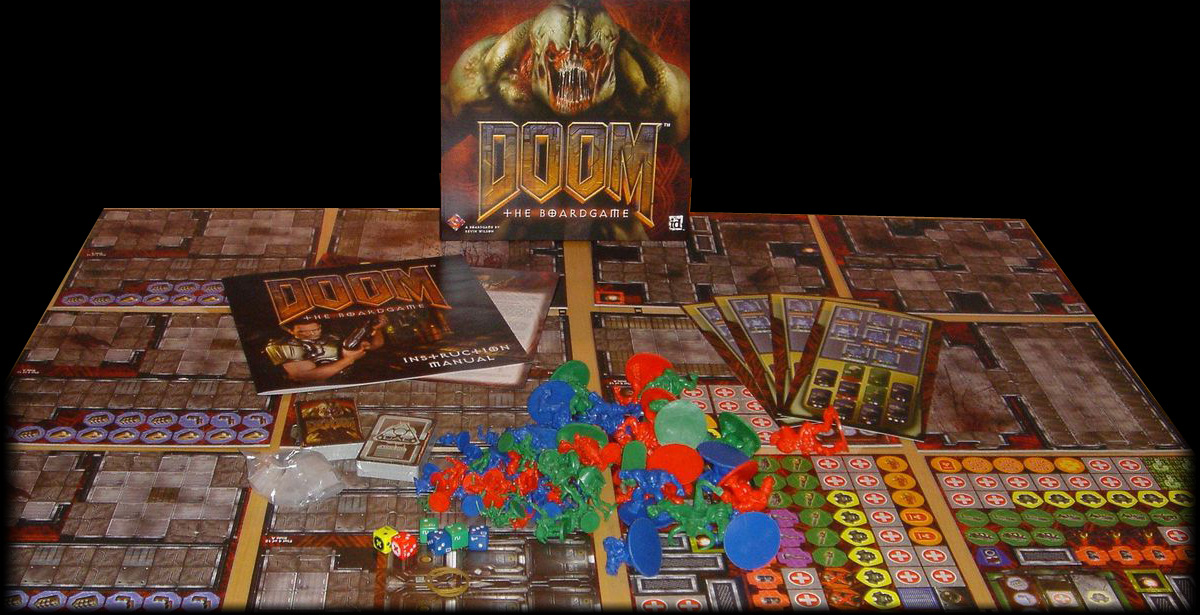 The Doom: The Board Game (2004) was designed to run as a players versus monster (player) kind of game, but as the rules and mechanics for the game were incredibly unbalanced, it never really worked well in this way; the monster/ demon side was always much more powerful, and the marine’s side would struggle to be able to meet its victory conditions. That being said, if the game was run as a sort of role-playing game board game, and the player controlling the beasties played it more as a game master instead of trying to beat the players, then it actually becomes a really exciting, intense, and enjoyable game. 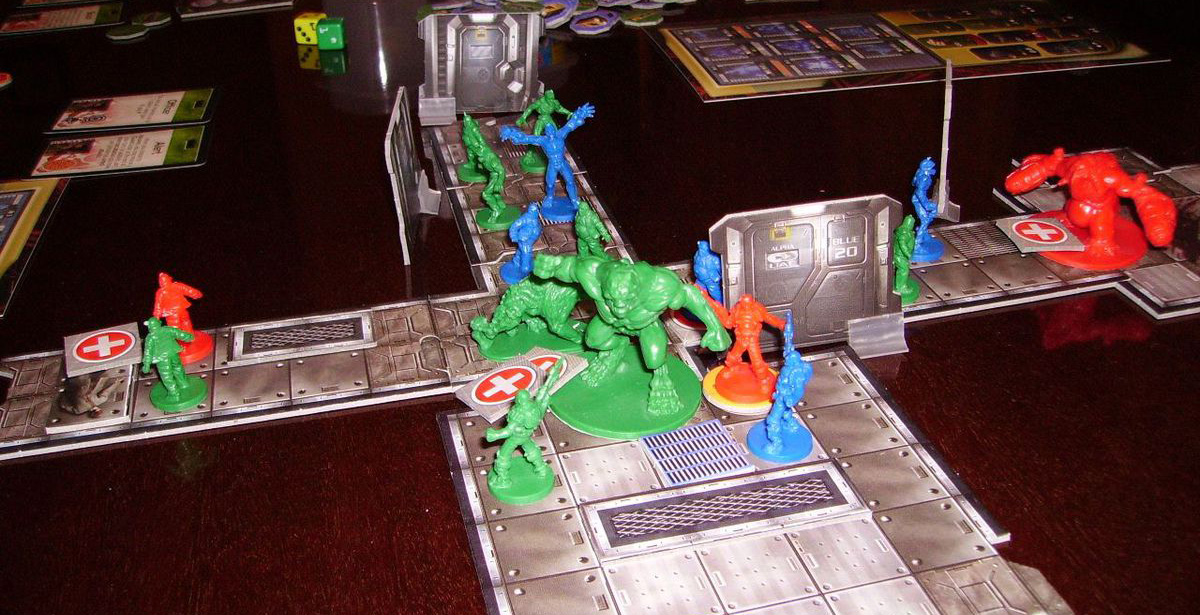 The board game, based on the Doom 3 computer game from that time, sees a futuristic soldier battling his way past some horrific demonic creatures, making his way through an otherwise overrun Mars base. In the board game, the same basic plot sees up to 3 marines working together (or solo) trying to achieve an objective while fighting their way through the demonic hordes swarming the base. The board game keeps a lot of elements which have become familiar in the earlier Doom computer games, like hunting for key cards, the unique weaponry, and most of all the constantly growing sense of tension and “doom”. That a board game manages to maintain that feeling of suspense and horror is pretty impressive in itself, but the board game ties so nicely into the feel of the computer game, that it plays as almost an extension of that universe. But this time, as a board game, you get to have a much more social experience with your friends, and in many ways, a more strategic encounter.

As mentioned above, although the game was designed as a game with two sides and victory conditions for each, in practice the sides were unbalanced and it wasn’t as fun to play it that way. Many people house ruled various solutions to this problem, making the one side stronger or the other weaker, and some, like with my friends, ran it as a kind of dungeon crawl game instead. Either way, the game has really great rules and mechanics, so it is actually worth house ruling it to make it work for you, rather than just scrapping the whole thing as a bad idea. The newer version of the Doom game is likely to have refined a lot of those issues, considering the original Doom board game was one of the first for that sort of style of play, and since then Fantasy Flight Games has brought out many different games with that same sort of design of one player controlling the monsters versus the rest of the players playing the heroes, each time reworking the rules and tweaking any balance issues. But while being similar in some ways, and based on the same franchise of computer games, the board games themselves have very different rules and objectives. 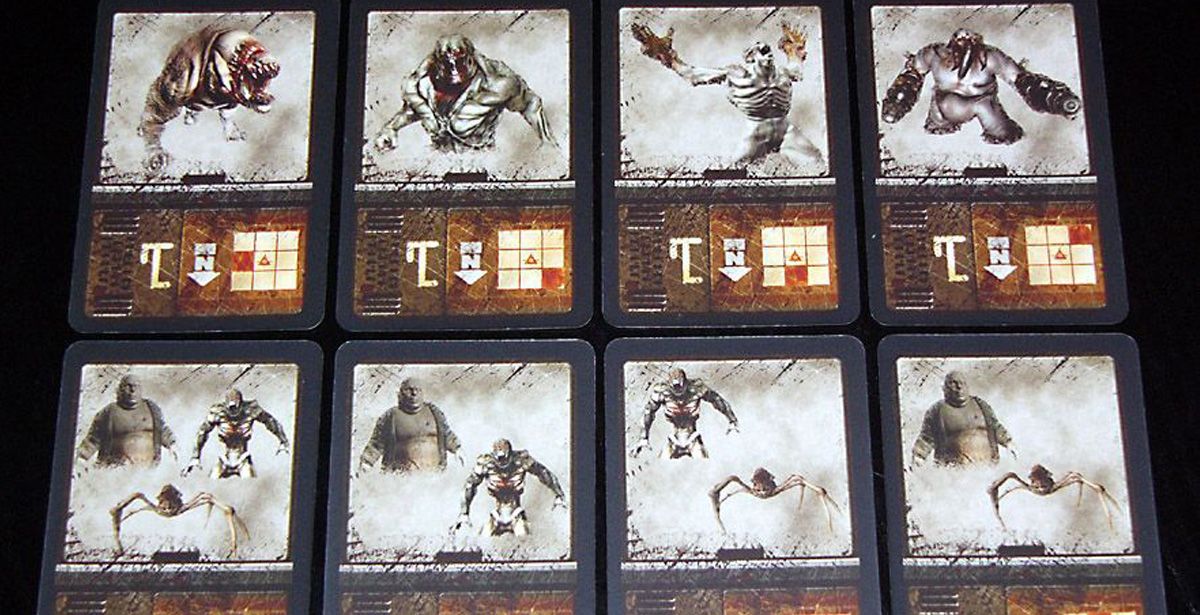 As with most Fantasy Flight Games, the production of the game is outstanding. The figures look great, and are even colour coded so it is easier to adjust them according to the number of marines playing, the cards and board are well made and nicely printed, and all in all you really feel like you’re getting your money’s worth in the box’s contents.

The 2004 Doom board game is still a favourite for my friends and I. The anticipation and trepidation which the game manages in inspire in the players is really amazing and always makes for an entertaining game, even if the marines get slaughtered and die horribly 9 times out of 10, which just goes to prove that the fun can, and should, be in the game itself rather than in the winning.