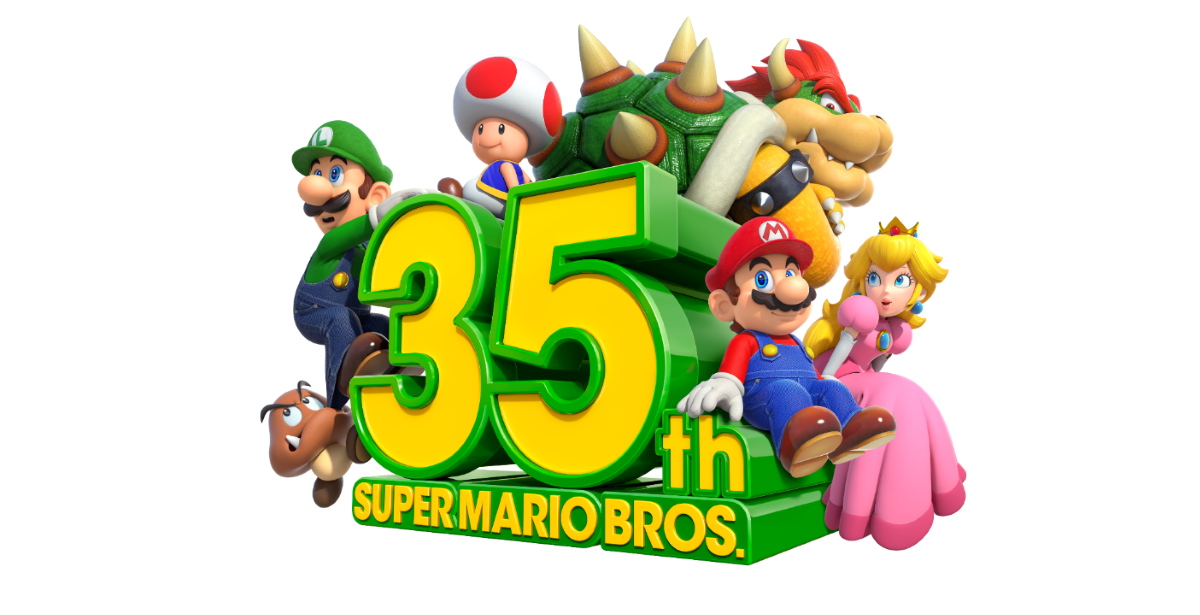 Nintendo have released the Super Mario Bros. 35th Anniversary Direct, celebrating one of the most iconic franchises in the history of gaming. The video presentation focused on everything from the early Game & Watch titles to limited Super Mario themed merchandise.

Mario has come a long way since jumping on that first Goomba in World 1-1 of the original Super Mario Bros. game. Now, 35 years since the launch of that game in Japan, he is starring in new games on the Nintendo Switch system, lending his likeness to brands like LEGO, PUMA and Monopoly, and watching as fans battle it out using Super Mario power-ups in Splatoon 2.

“We look forward to everyone joining us on a Mario journey 35 years in the making,” said Nintendo of America President Doug Bowser. “We are marking this significant milestone with a wide variety of games and experiences that all generations of Mario fans, from here to the Mushroom Kingdom, can enjoy together.”

Mario Kart Live: Home Circuit: Created in partnership with Velan Studios, Mario Kart Live: Home Circuit brings the fun of the Mario Kart series into the real world by using a Nintendo Switch or Nintendo Switch Lite system to race against opponents using a physical Kart. The physical Kart responds to boosts in-game and in the real world, stops when hit with an item and can be affected in different ways depending on the race. Players place gates to create a custom course layout in their home, where the only limit is their imagination. Race against Koopalings in Grand Prix, unlock a variety of course customisations and costumes for Mario or Luigi, and play with up to four players in local multiplayer mode. Mario Kart Live: Home Circuit, which is available in a Mario Set or Luigi Set, launches on Oct. 16 at a suggested retail price of $99.99.

Super Mario 3D World + Bowser’s Fury: Multiplayer mayhem pounces onto Nintendo Switch! This enhanced of Super Mario 3D World, which originally launched for the Wii U system, features co-op gameplay both online* and through local multiplayer in a variety of creative levels. Additional details about what new things this game has to offer will be revealed later. Super Mario 3D World + Bowser’s Fury launches for Nintendo Switch on Feb. 12, 2021. New amiibo figures Cat Mario and Cat Peach will also be released at the same time as the game.

Super Mario Bros. 35: Welcome to Super Mario Bros. … with 35 players! In this competitive online battle game, 35 players will compete to be the last Mario standing … or running. Enemies defeated will be sent to other players’ courses, but that also works the other way around! Players can activate special items to try and outpace their opponents. Super Mario Bros. 35 launches on Oct. 1 as a digital-only game exclusive to Nintendo Switch Online members. The game will be playable until March 31, 2021.

Super Mario Events: From now until March 2021, there are many events to mark the 35th anniversary of Super Mario.

Super Mario Products: In addition to events, many different Super Mario themed products will be hitting store shelves this year.

The entire video presentation can be watched here: