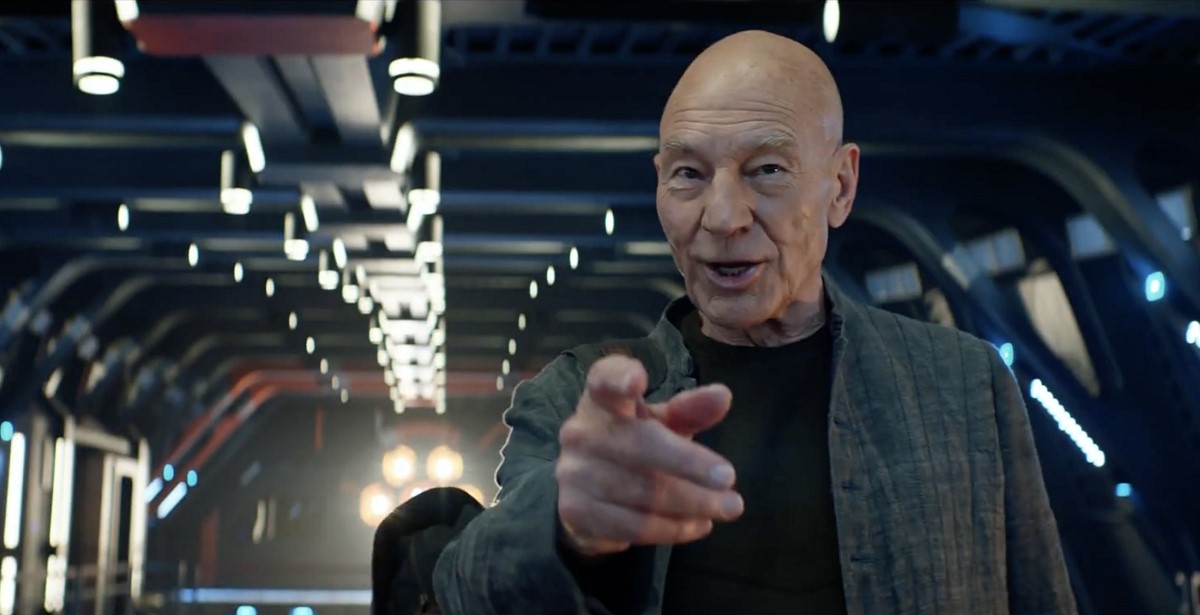 Star Trek: Picard first trailer debuted at San Diego Comic-Con 2019, and reprises Patrick Stewart as the iconic captain, whose work is never done. Having retired from active duty after saving the universe from the Borg, the Romulans, and the Klingons numerous times, Jean-Luc Picard is, once again, called to action by a mysterious woman asking him to help her, in Star Trek: Picard.

So begins another journey, as Picard assembles a new crew; a rougher bunch including what looks like a Vulcan, or Romulan ninja, as he looks to protect this woman and unravel whatever mystery lies at the centre of this adventure.

We also get a sense that Picard is not all that content with his retirement, as hinted at by the line, "I don't want the game to end", as well as the overall tone of the trailer. Included in Picard's new crew will be Commander Data, a surprisingly young and slim looking Brent Spiner, as well as Voyager's own Seven of Nine. We also see the return of a Borg Cube, so the big bad of this show may just be those nasty conformists.

The show will be broadcast on CBS All Access in the U.S., and thanks to an international agreement with Amazon Prime, Star Trek: Picard will air on Amazon's streaming platform just 24 hours after the U.S. episode has released, in over 200 countries.

Incoming Transmission from @SirPatStew! The untitled “#StarTrek” Jean-Luc Picard series will stream exclusively on Amazon Prime Video in more than 200 countries+ outside the US & Canada and on CBS All Access in the United States. #primevideo @primevideouk https://t.co/UgxPFcRyaT pic.twitter.com/gzAZBVe0MR

The show will debut in the US on CBS All Access and Amazon Prime in the rest of the world in 2020.

DEATHGIGAS
Yeah, this looks good. Count me in.