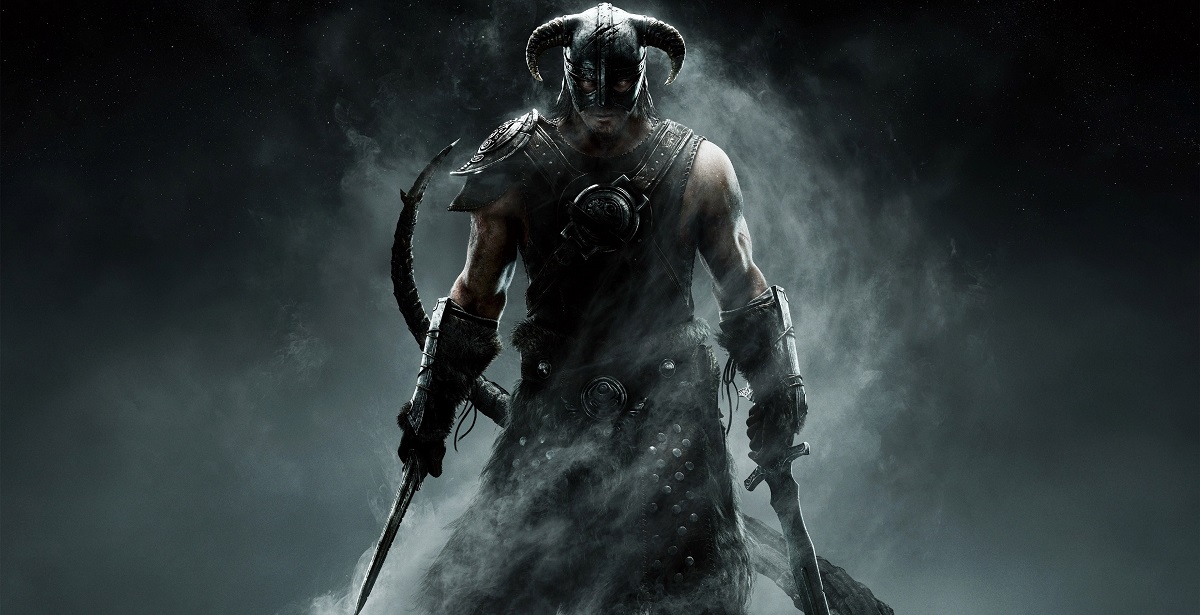 Three weeks ago, I decided to yet again dust off my copy of The Elder Scrolls V: Skyrim Special Edition and undertake another journey into Tamriel's dragon-infested North. Starting off in the all too familiar opening cutscene, we're treated to a carriage ride into Helgen, a keep where the protagonist is due to be beheaded. After spending half an hour choosing a race and creating a character (which ended up being the Nord for reasons to come), I witnessed yet another all too familiar moment. The villainous black dragon, Alduin, arrives in the nick of time to save you from being beheaded, laying waste to Helgen. It's here that you go through a brief tutorial with an Imperial soldier, before being thrown out into the breathtaking open world of Skyrim. 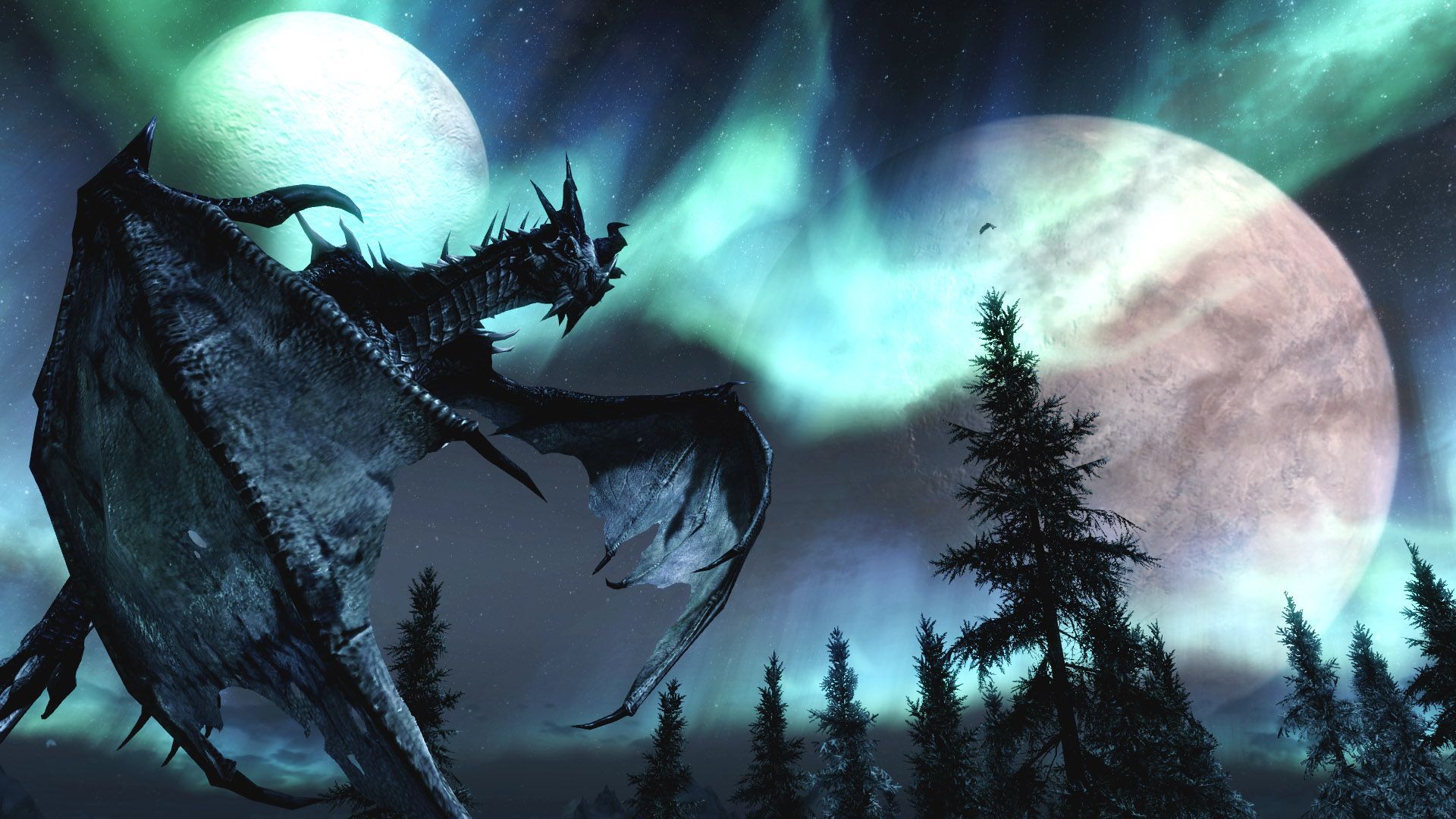 Some players may already plot a course for their next adventure from the moment they escape Helgen, but I followed the path that led me from point A to B to C. One stop at the nearest stone marking to grab the Warrior Stone, execute all the bandits in the nearest mine, jog over to Riverwood, speak to the civilians (and resolve a petty love triangle), then venture into Bleak Falls Barrow to grab the Golden Claw and Dragonstone tablet, killing two birds with one stone. Yes, I've done this countless times before to the point of madness, but experiencing a new game with Expert difficulty cranked up, I was ready to take on Skyrim's dragon scourge yet again.

The best thing about experiencing (and re-experiencing) Skyrim time and time again is that joyous feeling of starting the adventure. No, I don't mean Ralof's "you're finally awake" meme, but rather the idea of creating a new identity, brimming with all the potential you could think of, and making your own adventure. Very few RPG games have successfully nailed the feeling of just thrusting the player into the wide world and asking them to forge their own path, but Skyrim did this - and constantly still does this - with ease. The amount of agency you still have in this game is unparalleled for the RPG genre, certainly laying the foundation for RPG's like The Witcher 3: Wild Hunt (and many open world titles) to come. 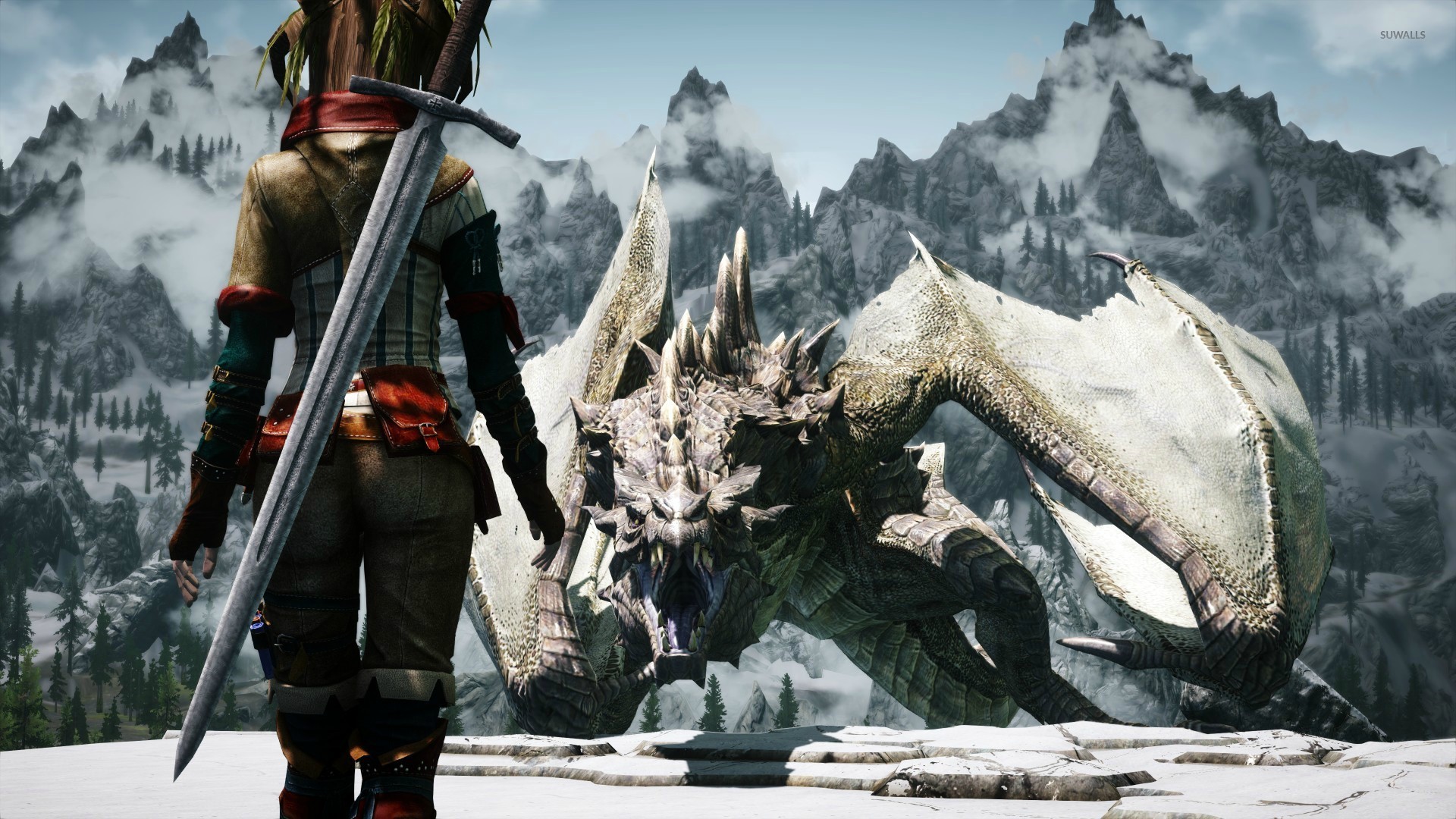 Skyrim is arguably the best entry in The Elder Scrolls series, but there's plenty of justified reasoning for Morrowind or Oblivion too (in some cases, I tend to lean on Morrowind, at least where lore and story is concerned). There's no mistaking just how massive of an impact Skyrim has had on the gaming world, not just affecting the entire RPG genre, but also opening the way for developers to come up with interesting, varied and unique open worlds. Yes, Skyrim's world is still littered with icons and arbitrary objectives, but there's a difference between doing it with nuance and ingenuity (see CD Projekt Red) and trying to replicate it without an ounce of soul (see any open world Ubisoft game).

I don't hesitate to call Skyrim an RPG masterpiece, even if it could be argued that it wasn't actually the best in the series. Bethesda Game Studios were once firing on all cylinders here (before throwing those cylinders off a cliff with Fallout 76, mind you). Replaying Skyrim now, I began to notice all the tiny pieces that really made this game feel alive, feel whole. Choices made twenty hours ago would later have serious ramifications for quests to come; entire races, classes, locations, and even gear having such extensive lore and backstory, you could literally write a book about it; a world that's vibrant, massive, and jam-packed with hidden secrets; simple NPC interactions that have layers; questlines outside of the main story that are, in some cases, vastly more interesting than saving the world from a dragon apocalypse; the list could go on, but I think I've made my point. 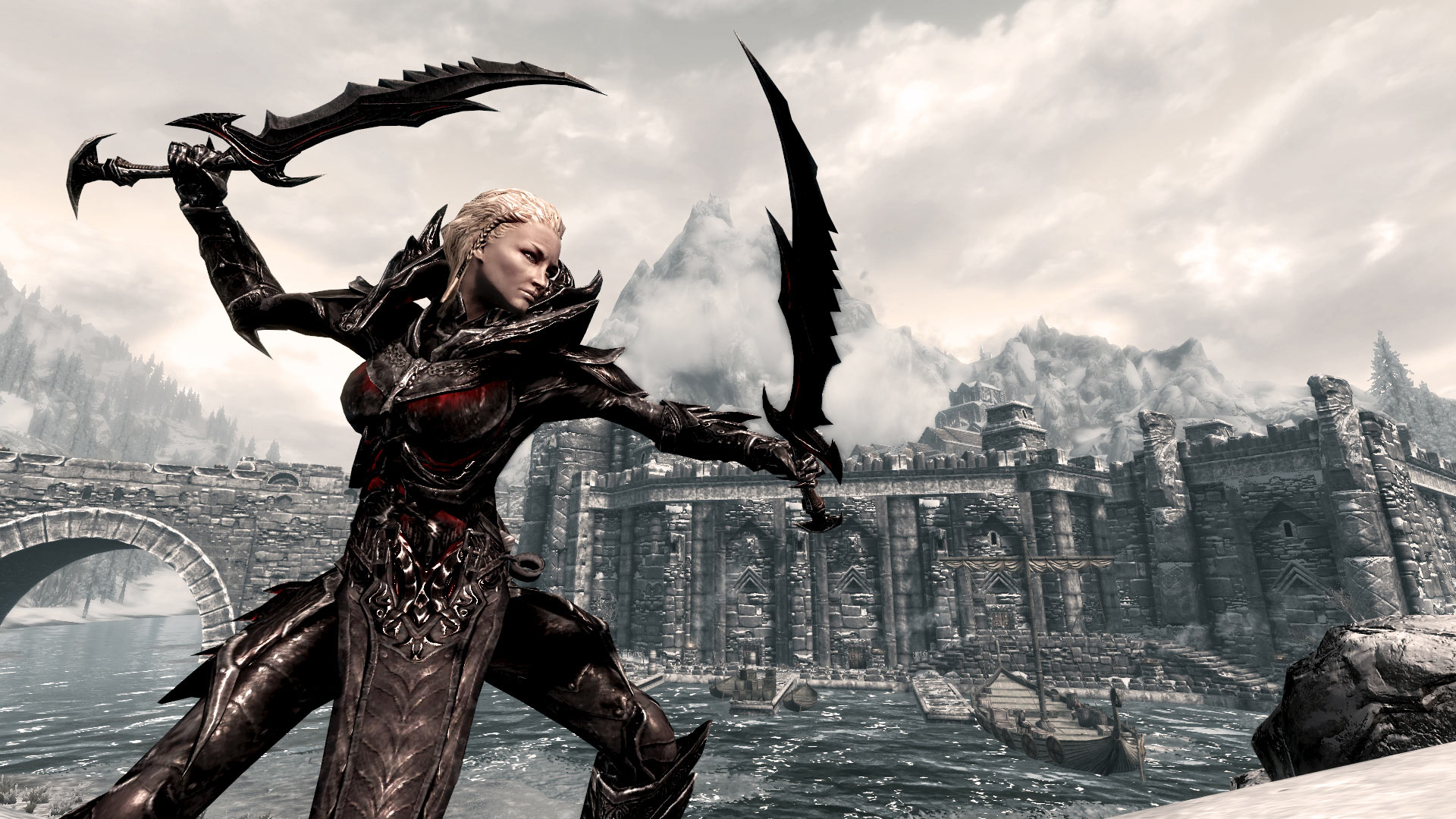 Skyrim might have become a meme now due to Bethesda's insistence on porting the game to every piece of technology known to man, including fridges, but there's a reason why it's so widely influential today. At the time of its release in 2011, no other RPG had taken the leaps and strides forward in the genre to this degree yet. Morrowind and Oblivion were phenomenal experiences for The Elder Scrolls niche, but Skyrim was the first time I noticed the general masses - who otherwise wouldn't give an RPG the time of day - glance in that direction and take notice. Skyrim was proof that the right marketing, ambitious but streamlined concept, and attractive aesthetic could invite many into the genre with open arms and not feel like they needed a 12-volume encyclopedia to understand it (though the option was there if they chose to dig deep into Tamriel's wonderful lore). 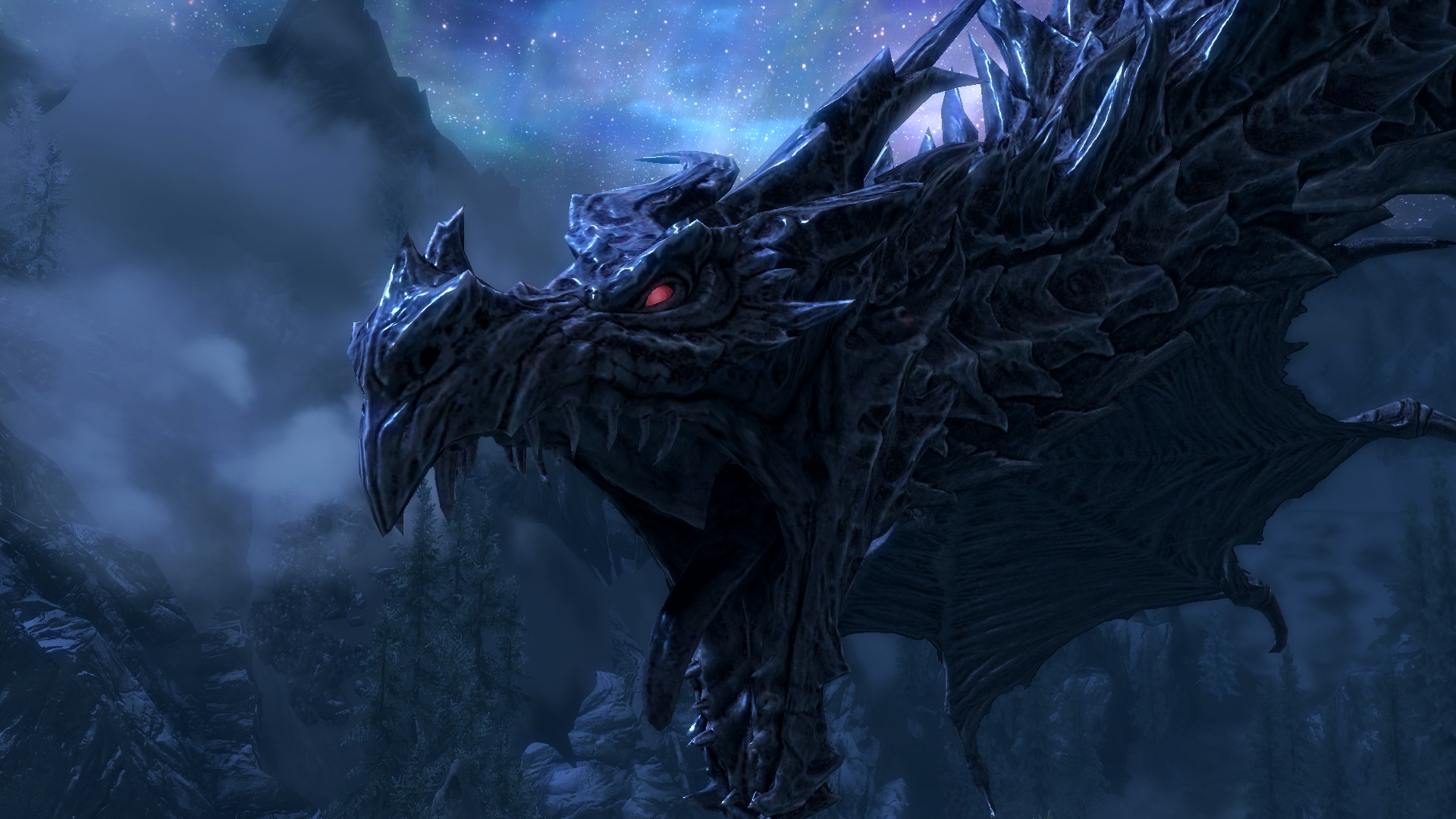 So what made Skyrim stand apart from its counterparts in the genre? As previously mentioned, Bethesda Game Studios found a brilliant way to streamline its RPG mechanics without losing any of its complexity or soul. It was a fine balancing act (and I can imagine extremely hard to get right), but they nailed it. Character progression was relegated to several individual skills and abilities that you could distribute your upgrade points, removing the "class-based system" that most RPG's fell comfortably into. Just because you were a Dark Elf who specialized in magic and stealth, this system didn't mean you were hard-locked into those abilities only. Wanted to play as a sneaky Khajiit with knowledge in destruction magic and a mastery of lockpicking? You could do that. Wanted to play as a Nord who yielded both one-handed weapons and conjuration magic in the other hand (my new playstyle)? You could do that. 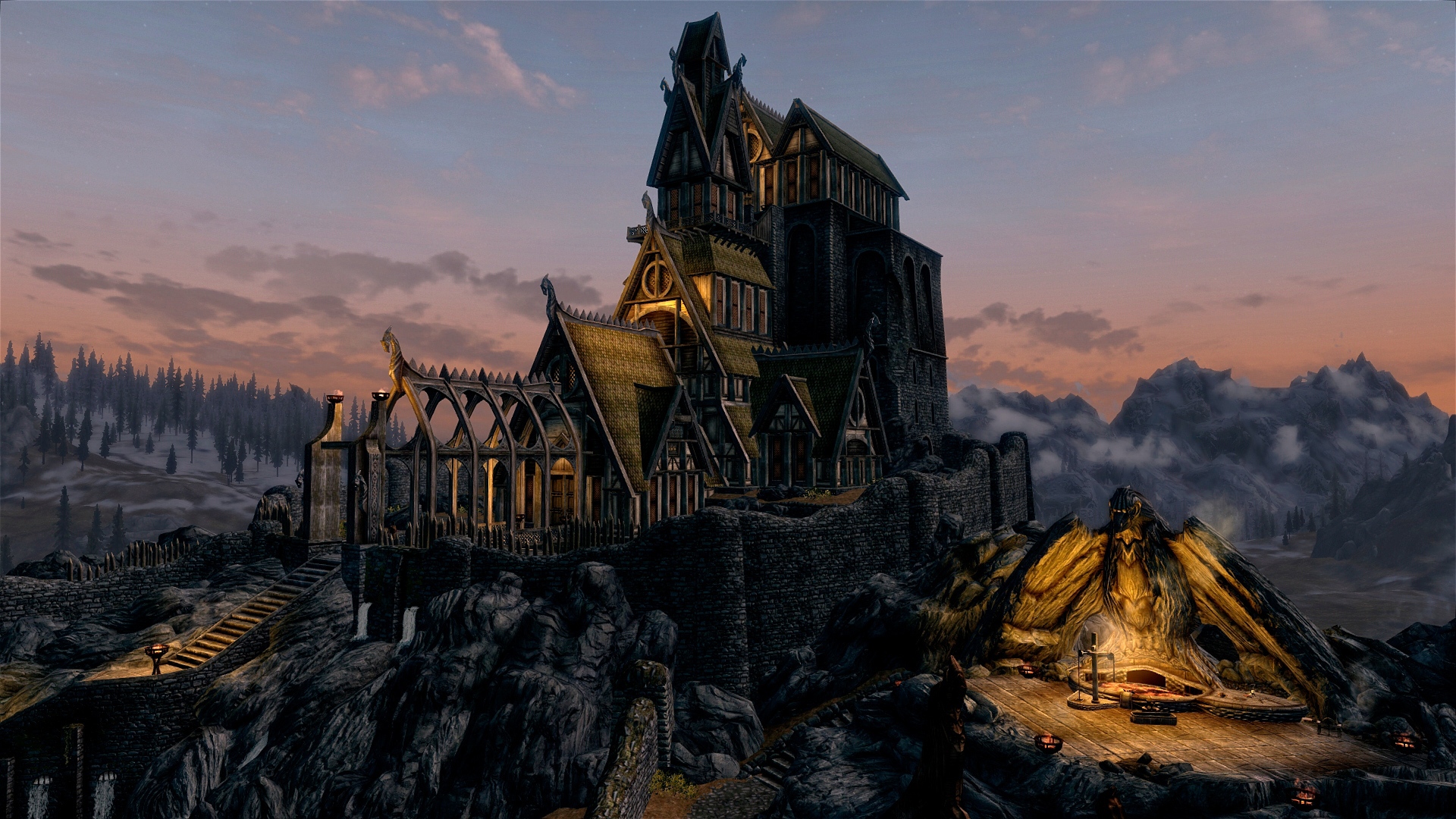 I have spoken to some in the past who didn't like Skyrim's flexible progression system, stating that it went against the traditional role-playing experience. I have to disagree. The reason why Skyrim was such an attractive prospect to the average gamer was because it had such a flexible progression system to begin with. In the past, the RPG genre had this impenetrable wall that general audiences never quite breached because of the hard-set ways in which specific roles were played. This isn't a bad thing at all, in fact, it's the foundation for many of my own favourite RPG titles today. What Skyrim accomplished, though, was accessibility without compromising its identity, its fresh ideas, or its soul in the process.

Of course, it's worth mentioning Skyrim's technical hiccups. Even till today, there are still some unforgivable bugs and glitches (I experienced numerous crashes as well). Luckily, and thanks to Bethesda graciously introducing mods to the console versions, there are patches to iron out the creases. On top of that, with mod support on consoles, you can pretty much turn Skyrim into the visual eye-candy of your dreams - which is exactly what I did. Adding a dozen mods that significantly improved and upgraded the visuals and physics of the game, I made Skyrim look and feel like something more akin to a current-gen experience, and I absolutely love the fact that you can even do this. 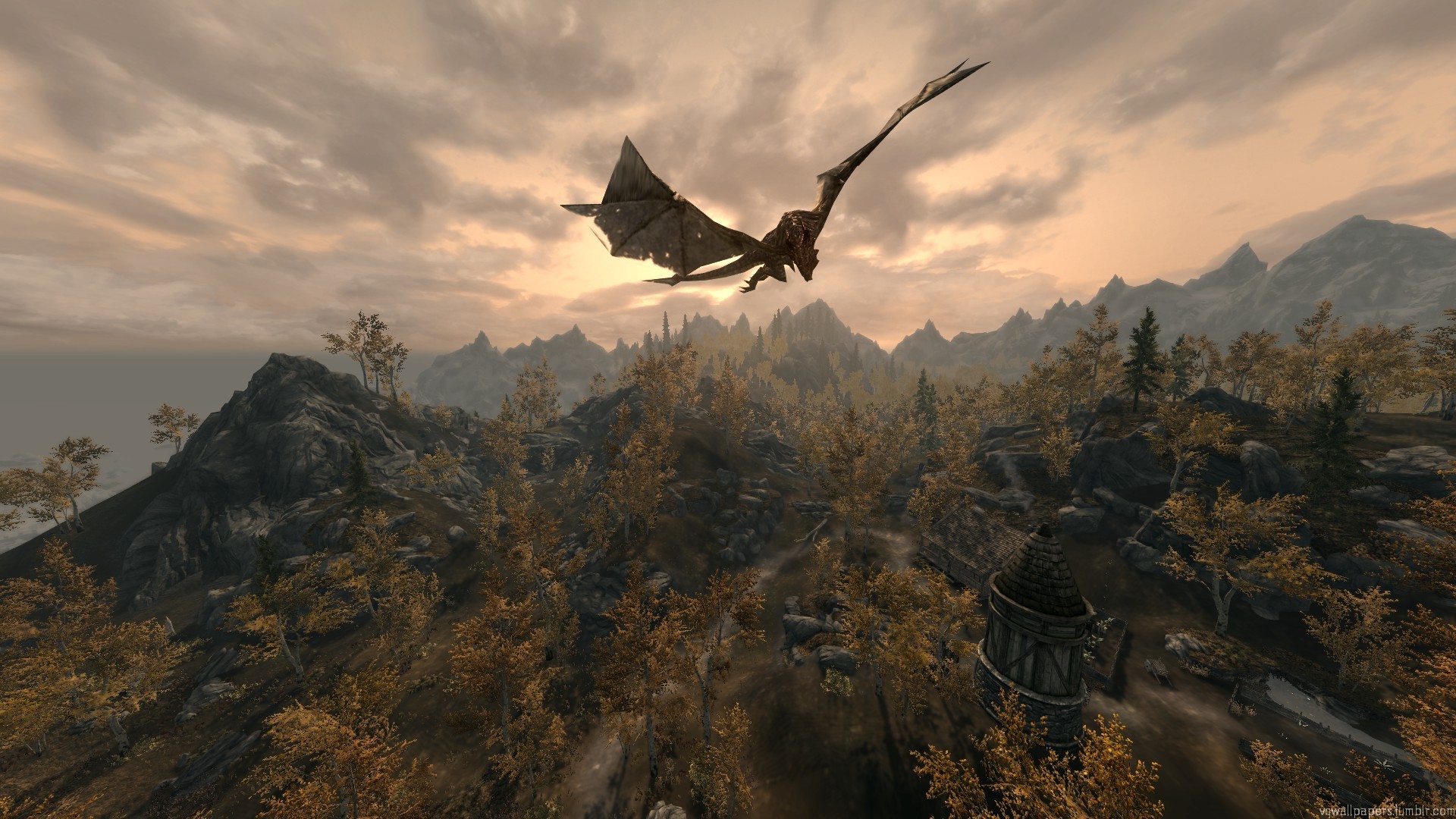 After sinking more hours into the game, signing up to the Dawnguard to eliminate the vampire menace, taking out the Dark Brotherhood (but joining them is cool too), joining and conquering the werewolf-inflicted Companions, overtaking the Thieves Guild and controlling all illegal activities in Riften, unceremoniously becoming the Arch-Mage of Winterhold, becoming Thane of Whiterun (before besieging Whiterun with the Stormcloaks), and once again journeying to Sovngarde to battle a world-ending dragon alongside undead champions, I still love Skyrim and all that is has to offer. Is it a perfect RPG? No, but it comes close, and can still proudly hold the title of Bethesda's last true RPG masterpiece. Let's see what The Elder Scrolls VI has in store for us.

Blaze
@Lurch I think gamey is the right word there, but it also adds to the charm of Bethesda's open worlds, I feel. It's clearly not trying to be as grounded as The Witcher, but doing things more traditionally while still showing quite a lot of passion in its design (something Ubisoft worlds seem to always get the "traditional" part right, but never the passion, I think).

Lurch
I'm definitely in the camp that prefers Fallout's fixed XP progression with stats and stat-related perks, but I still love spending time in Skyrim. I always feel Bethesda's worlds are gamey in their illogical design - compared to, say, The Witcher 3's more grounded, organic and lifelike maps - but coupled with the level-scaling (something I know many people are also not a fan of) it gives you the choice to literally go anywhere,

Fantomex
So much nostalgia for this game. It's like an old, comfortable pair of slippers.