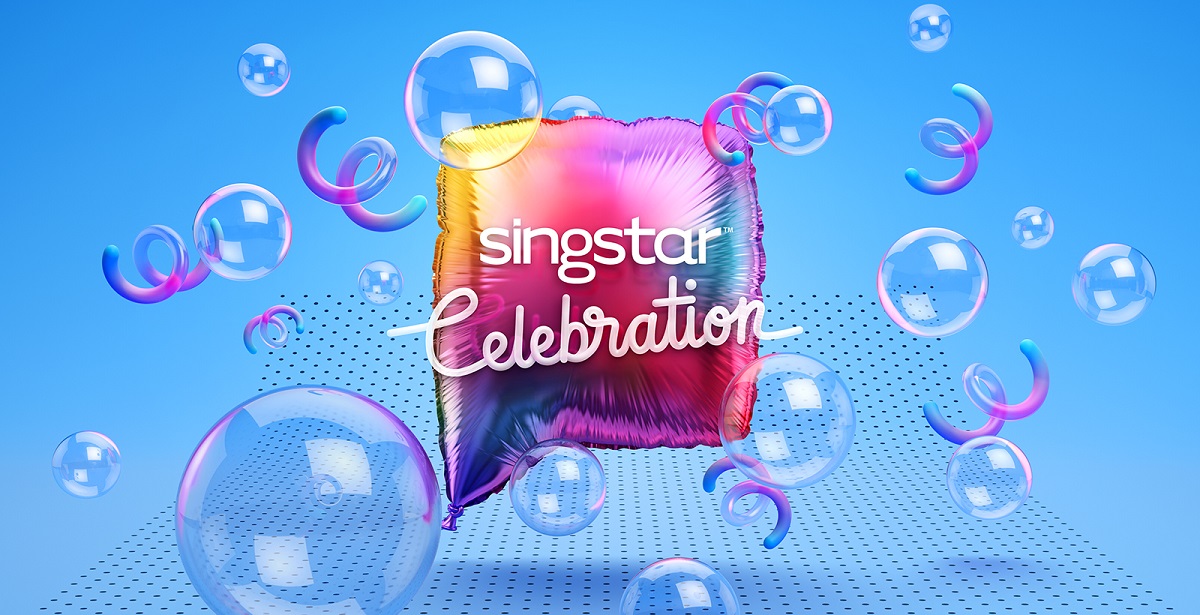 Celebrate good times, COME ON! Let's all celebrate and have a good time! There’s just something about Karaoke that brings out the embarrassed shy child in all of us. Fumbling around with the lyrics, trying to hit those high (and low) notes. Attempting to not feel like the most awkward of turtles (or Llamas) while singing and wondering constantly just how bad you sound. But then, you hear someone else try a song, and consider that there’s just NO WAY you sound that bad. There’s also the consideration that alcohol solves all problems, though that kind of only works if everyone is drinking. Listening to a drunk person singing out of key while you are sober is most unpleasant.

SingStar is, and has been, the most popular of Karaoke games on console for the past 10 years or so (longer even?) and with the addition of Sony’s new PlayLink range, it makes duo singing easier than ever before. PlayLink, for those who don’t know, is Sony’s new smartphone app range which allows you to link your phone with the games. While in some games, like Knowledge is Power and Hidden Agenda, the use of the app can be quite elaborate, in SingStar it merely serves as your microphone. This means that no actual mic is needed and that anyone can join in on the singing with little to no fuss whatsoever. 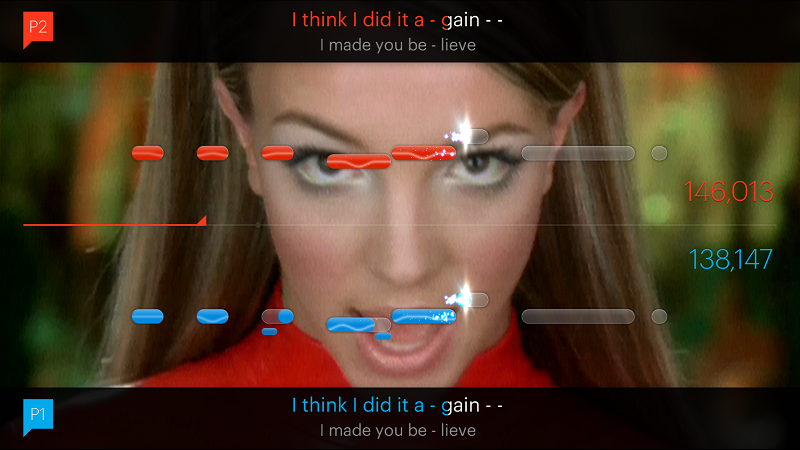 In terms of the app, it functions perfectly, almost as if you have an actual mic. The app shows a picture of a microphone and tracks your volume, just so you know that it works. After linking it up with the game, which is easy as 1 2 check check, you can get straight into the action.

SingStar Celebration doesn’t have much different going for it compared to previous iterations. The music videos play in the background while the lyrics, and guide for tone and pitch show on the forefront. Matching the lyrics, pitch and tone are all that really matters here, as players score points based on the quality of their… well their output I guess. It’s quick, easy and to the point and a great deal of fun with others playing with you. Singing alone (which I had to do to test out certain functions) feels terribly awkward, even after a few drinks. 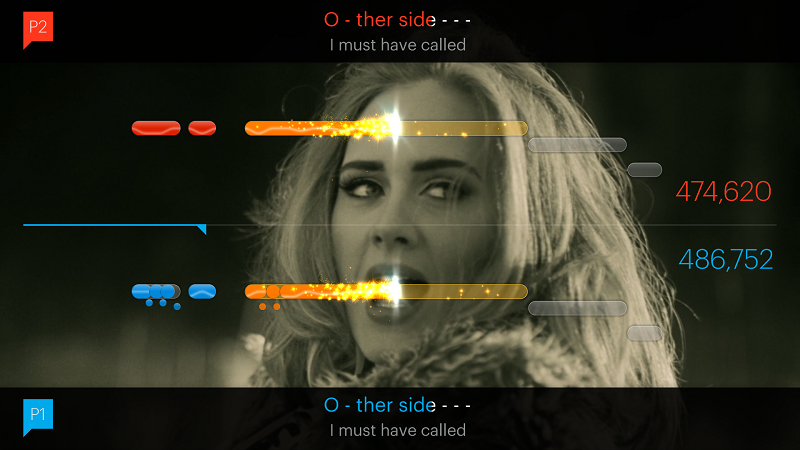 However, with a bunch of friends and a few beers, there is no limit to just how ridiculous singing along can be, even if it is to Britney Spears’ Oops I Did It Again or The Chainsmokers’ Closer. The 30 tracks included in the game are relatively eclectic with Karaoke favourites like Wonderwall as well as Fun’s Some Nights and a number of older pop songs, blended with newer songs. All in all, it’s a pretty fun tracklist with something in there for just about everyone.

The problem, however, is that the tracklist isn’t very long. It contains 30 songs, of which you are bound to actually enjoy maybe 15 (unless you have REALLY varied taste in music). But even those songs feel like they get a bit old and boring after a few rounds. The good news is that you can transfer some of your existing SingStar library should you have one, and you can purchase extra songs, though at R22 per song I would be reluctant to do so unless you have a lot of Karaoke evenings planned.

Lastly, while the PlayLink app works adequately, it is noticeable that what you sing, and how you sing doesn’t make too much of a difference. Yes, the pitch, tone and words appear, but if you were to blow raspberries into the microphone in a semi-accurate pitch or with just a bit of timing, the game actually thinks you are singing along. It means that the game is a bit like Whose Line is it Anyway, where the points are somewhat made up, and don’t actually matter. But tell that to a bunch of tipsy friends playing the game in a duet battle mode where each tries to outshine the next with some painstaking solos (my eardrums are still recovering). 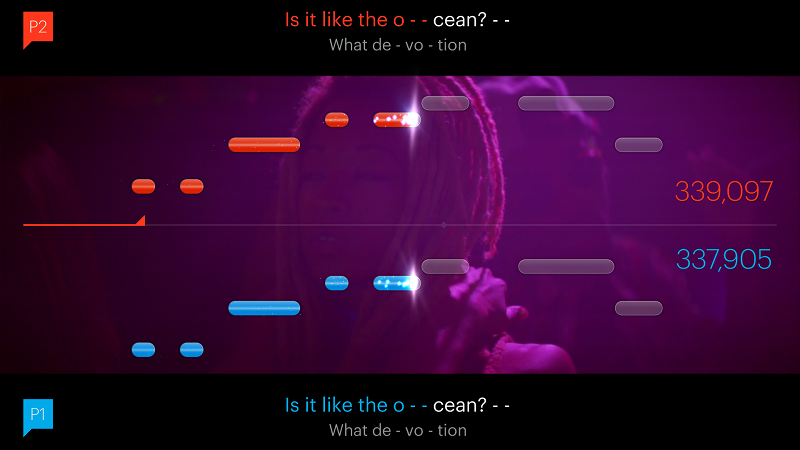 SingStar Celebration adds little new to the formula, and apart from some cool songs thrown into the mix, it’s very much the same game that it has been since its inception. That’s not a bad thing as you know exactly what you are getting. In terms of the PlayLink function, it works well and means you never have to worry about connecting (or owning) a microphone ever again, though singing into your phone does feel a little odd at first.

If you love Karaoke games, and want something to entertain (scare off) your guests, then SingStar Celebration is well worth its fee. If you are expecting anything even remarkably different from this type of game, well you may have to visit a different Karaoke bar rather.

Promotes alcohol usage (could be a pro?) 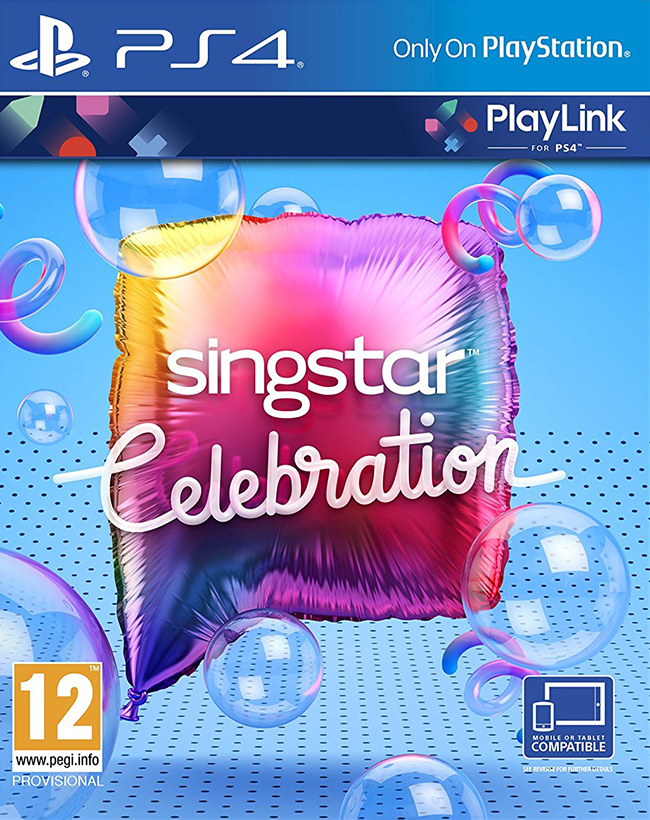