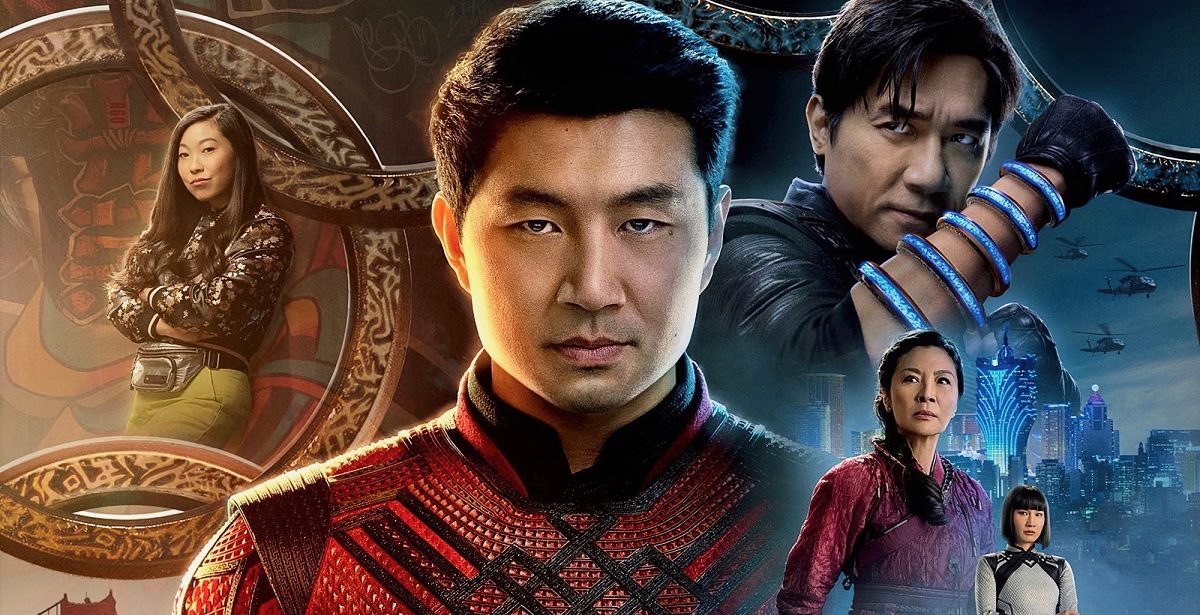 We are finally getting into Phase Four of the MCU with this film kickstarting the COVID delayed MCU slate. Spider-Man: Far From Home kicked off the post End War MCU and this film along with The Eternals in November and Spider-Man: No Way Home in December are looking to kick the MCU back into overdrive and world domination. Shang-Chi and the Legend of the Ten Rings is not quite the knock out punch that we may have been expecting, but it is an entertaining film and one that, while treading a similar path to other origin films in the MCU, carves out a niche for itself in the growing cinematic universe.

There is no mistaking this film for anything other than an origin film. It starts with an exposition-heavy opening for five minutes explaining who the main villain is, and where his power came from. Kinda. The film goes out of its way to tease you with what the Ten Rings are but never explains anything about them. It's obvious sequel bait so be prepared to be left with some questions once the final credits roll and the lights come up.

Also be prepared throughout the film to be expected to read. There are many scenes where the characters speak Mandarin lending a bit more authenticity to the film and its inspiration in Chinese and Hong Kong cinema. The recent news of the English remake of Train to Busan has led to minor controversy over the seeming unwillingness of many in the west to watch foreign language films. This film unintentionally steps into that argument by essentially forcing the enormous MCU fanbase to watch a film featuring a foreign language prominently. 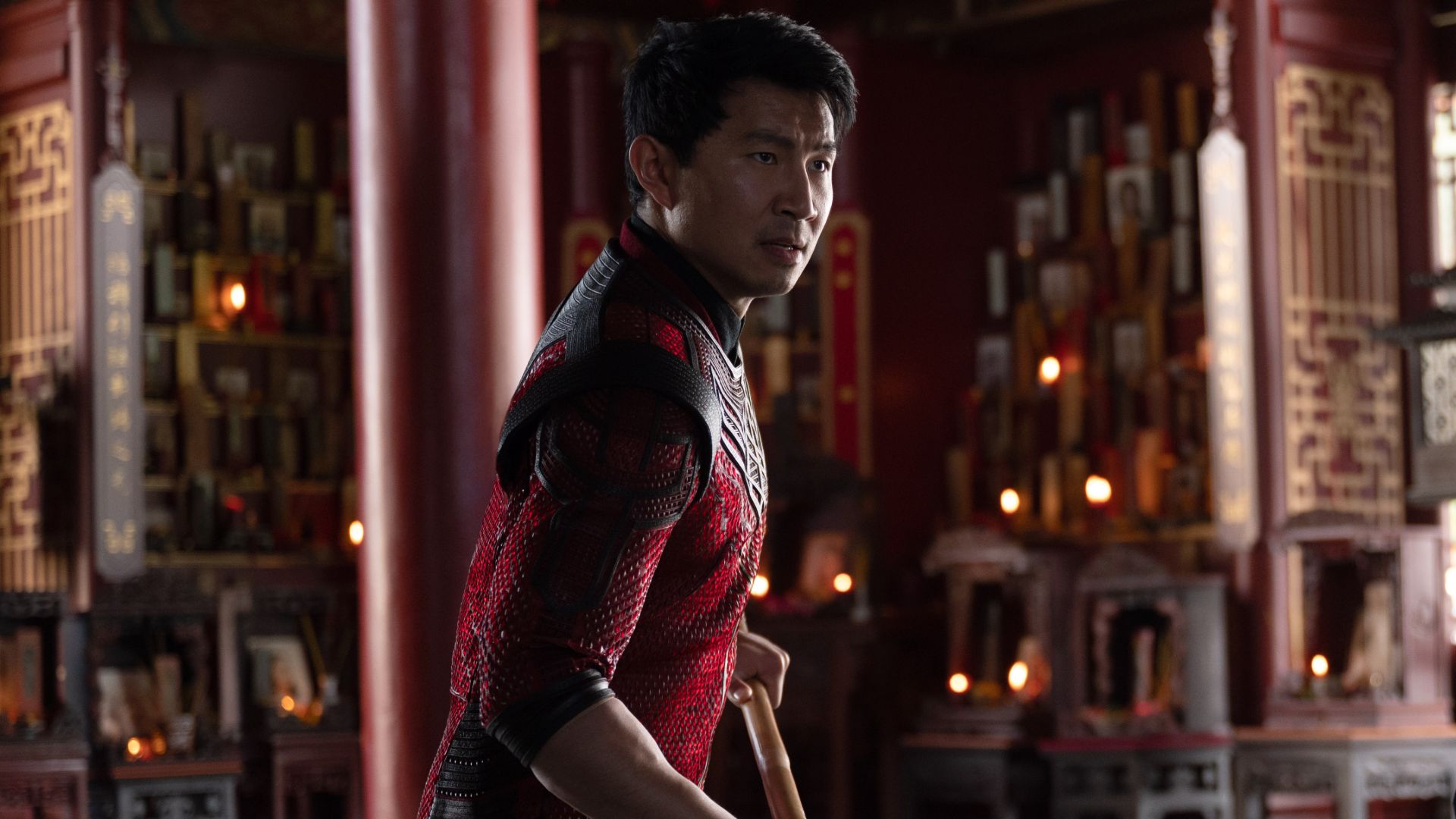 One of the many criticisms of the MCU is that they have settled on a formula and Shang-Chi doesn’t dispel that criticism. The film starts off with Wen Wu’s origin and immediately introduces us to slackers Sean and Katy - two lost souls with all the potential in the world, but none of the ambition. Him, because he is trying to escape his past, and her, because she’s scared of failing. They are even called out by a high school friend for being supremely intelligent and talented but lazy. But that lasts all of ten minutes or so it seems as Sean and Katy are attacked on a bus (that scene from the trailers). We are then thrust into Sean’s backstory, told in flashback throughout the first two acts, and the fact that his real name is Shang-Chi and he is the son of a terrorist who is attacking Shang-Chi and his sister Xiliang in order to acquire the pendants their mother gave them.

This film unintentionally steps into that argument by essentially forcing the enormous MCU fanbase to watch a film featuring a foreign language prominently.

What follows is a frantic second act of Shang-Chi reuniting with his sister, a sister he abandoned when he was fourteen in Macau at an underground fight club. In it we get a lovely cameo from Doctor Strange’s Wong and Hulk villain the Abomination. This cameo raises an interesting little mystery that I assume will be solved in the next Doctor Strange film. The act ends with a wonderfully choreographed fight on the side of a skyscraper amongst the bamboo scaffolding ubiquitous in Hong Kong and Macau. 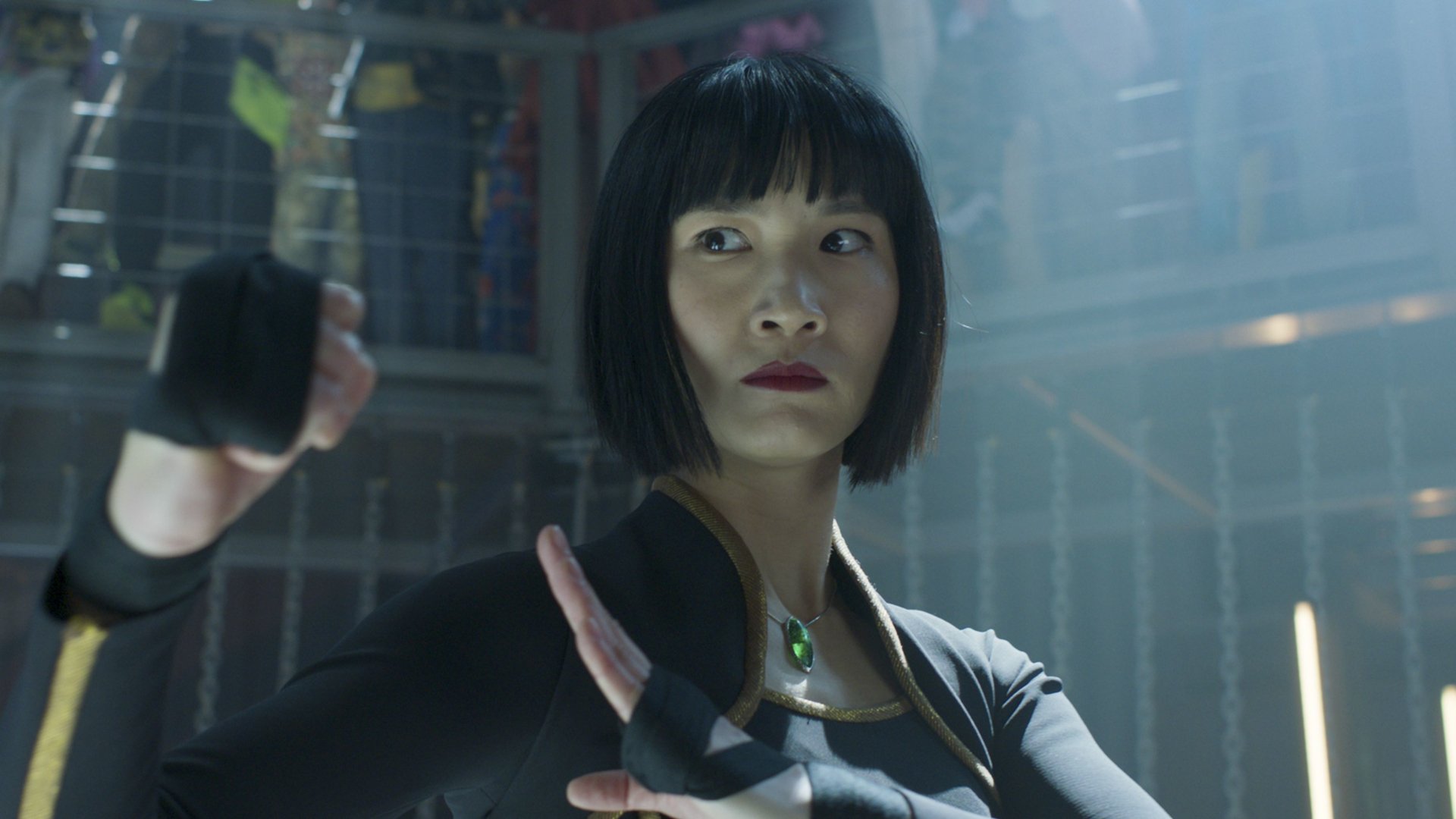 The fight scenes in these two acts are quite easily the best of any MCU film. You can see that Simu Liu spent hours with his trainers despite having no background in martial arts at all. This is where Marvel puts to right about 75% of the fight criticisms levelled at their films. The fights are properly choreographed; the fight between Wen Wu and the forest guardian in Act 1 is straight out of Crouching Tiger, Hidden Dragon and House of Flying Daggers. Marvel and hopefully Hollywood have relearnt of the existence of Steadicams so you can follow the action and understand where everyone in the fight is. Sadly, the remaining 25% is taken up by some quick cuts, but not as many as in the Captain America films. The Bourne films have a lot to answer for.

The third act sadly devolves somewhat, story and character development-wise, into the hero finding his inner strength and the set piece action sequence is sadly a gigantic battle scene replete with CGI monsters. Oh yes, and the film features a portal, but the difference this time is that the portal is blocked and in the side of a mountain not open and in the sky. The final fight would’ve been better served being a battle between the hero and villain, a structure for the climactic fight used in countless Hong Kong films. 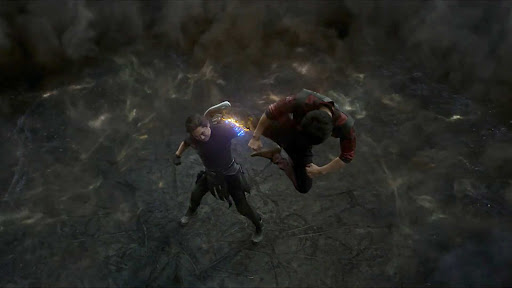 Watch any of the Ip Man films and you will be thoroughly engrossed in this battle between good and evil, skill and power more than you would be in a large-scale battle between faceless fighters, literally because half wear masks, and CGI monsters. Any fan of Hong Kong cinema who has watched Jackie Chan through the decades or Jet Li would tell you that they would prefer real actors fighting over a CGI fest in a film that is inspired by those films. Considering that Shang-Chi was created in the 1970s when Hong Kong films grew in popularity in the US, it is slightly ironic that this influence is not carried through to the film adaptation.

Tony Leung, a veteran of Hong Kong cinema, brings his decades of experience and talent to the role and turns what would normally be a forgettable villain into someone you can empathize with.

Marvel has a villain problem. Besides Killmonger, Thanos and the Vulture, Marvel’s villains are all disposable. Literally as only Vulture is alive in the MCU while all other villains are killed off by the end of the film they appear in. Loki, too, wasn’t a memorable villain, he only became interesting once Marvel decided to allow Tom Hiddleston and the various MCU writers and directors to add depth and dimension to the character. Tony Leung, a veteran of Hong Kong cinema, brings his decades of experience and talent to the role and turns what would normally be a forgettable villain into someone you can empathize with. 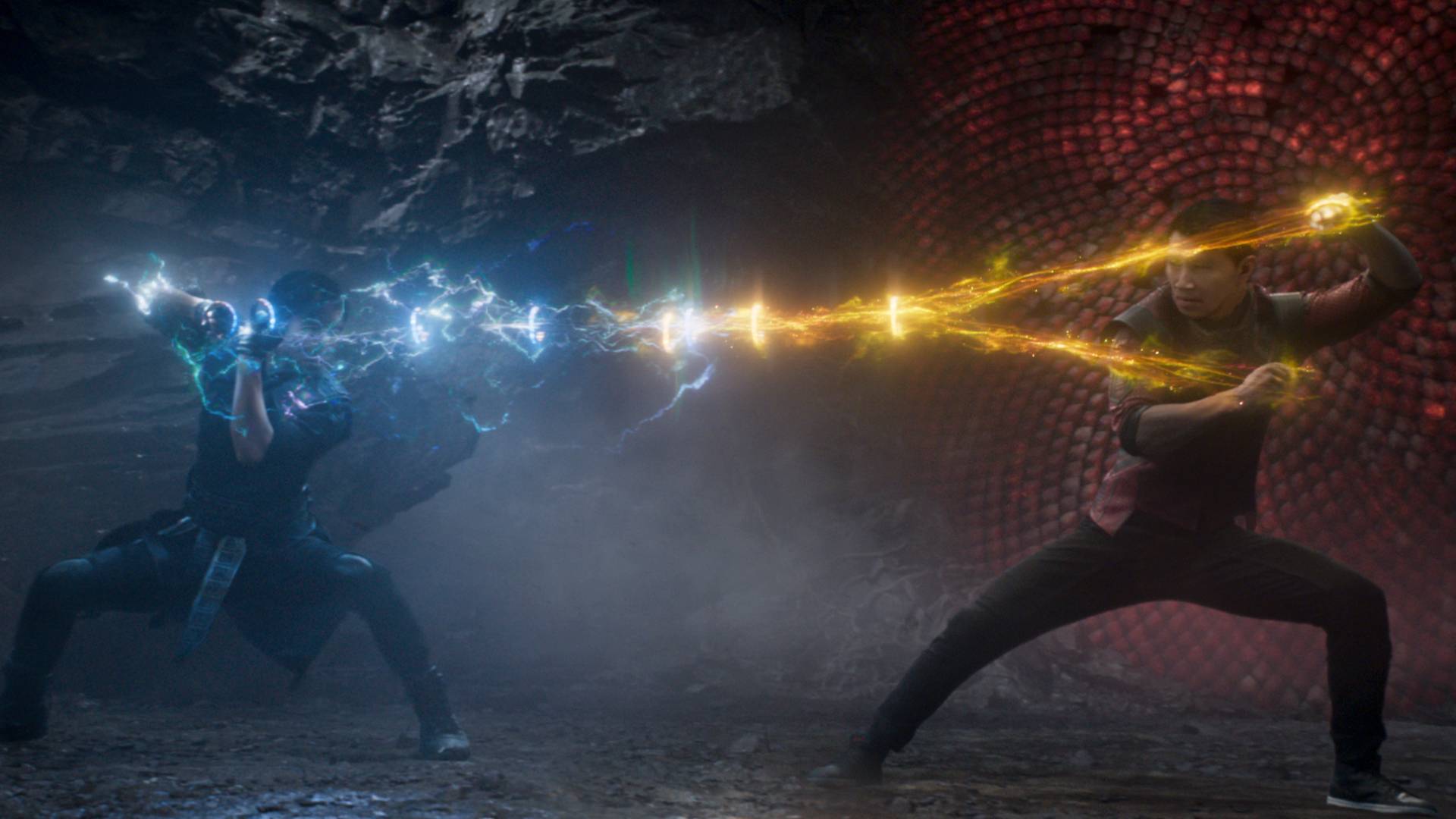 Make no mistake, unlike Killmonger, he is a man motivated by greed and power and his arc is cliched, but Leung’s performance brings a certain pain and humanity to the character. For once his master plan is not to rule the world or even a country, but like the Vulture he is motivated by family and a wish to reunite with his children and reform his somewhat dysfunctional family. He is motivated, for once in his long life, by love and not greed.

Simu Liu as Shang-Chi is a capable foil for Leung, his tortured son is believable in that he generally hates who his father is and what he made him into, but you can see that he is conflicted by this and doesn’t hate his father and thinks that there may be a chance for his redemption.

When Awkwafina was cast, most of us expected that she would be the comic relief and she is, but the director has reigned in some of the excesses of the MCU humour and dramatic moments are not undercut by jokes as they tend to be in the MCU. This adds more weight to the film’s themes of loss and family, and it is hopefully a sign that Marvel are going to allow their films to be more dramatic. 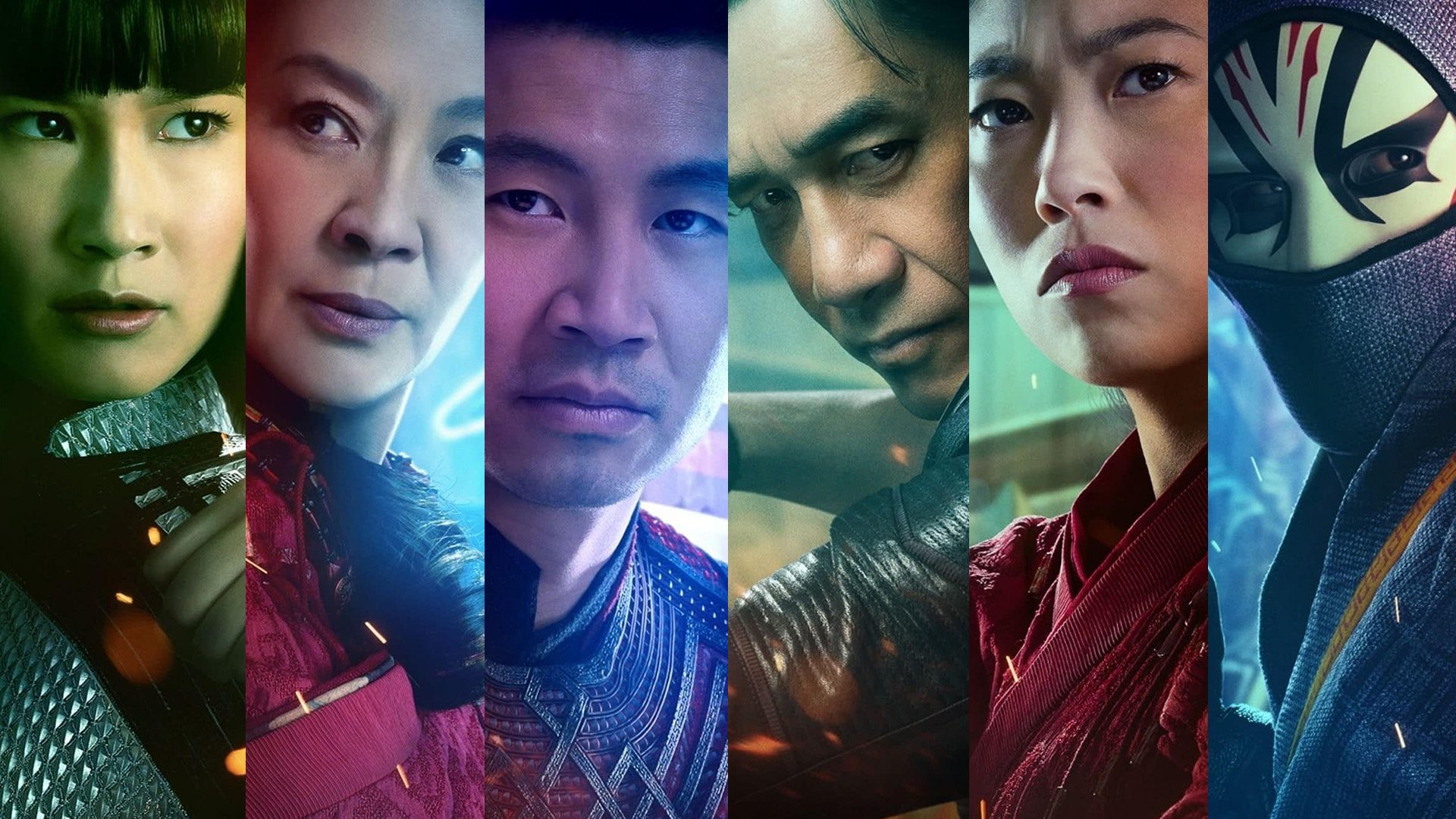 The rest of the supporting cast are sadly not given any sort of room to become fully formed characters. Razorfist is menacing but played for laughs outside of the fights and henchman scenes. The masked character who trained Shang-Chi is given zero to do outside of one good, but brief fight scene and Xiliang is Shang-Chi’s second sidekick, but like her father the film pretty much ignores her. She does get some kick-ass fight sequences, but these are all too brief. Especially galling to me personally is Hollywood continuing to cast Michelle Yeoh and then only briefly showcasing her amazing skill as a martial artist. She gets one good scene training Shang-Chi, but that’s it. On top of that she is far more than a skilled fighter, she is a great actor, and she isn’t given enough material to elevate her character above the exposition person to explain the monster to the hero.

The rest of the supporting cast are sadly not given any sort of room to become fully formed characters.


Shang-Chi and the Legend of the Ten Rings is an entertaining film and will likely be a hit for Marvel, however that is defined these days. It is by no means a misstep for the MCU, but it is a misstep in that it does not fully commit to the genre and films that inspired the creation of the character in the 70s and is a missed opportunity for Marvel to have created a new subgenre for the MCU that Iron Fist and Luke Cage could eventually step into. Imagine these three characters in a film inspired by the 1970s Blaxploitation and Kung Fu films?

Despite that criticism, if you are a fan of the MCU, this film does signal the start of something new and is likely to be the first step on the road to the New Avengers films. It is well worth the two hours of your time it will take to watch and you will leave the theatre hoping that the setups in the film pay off in the next few years as Phase 4 ramps up. And given that 22 of the 23 films in Phases 1 to 3 really did payoff, it would take a brave man to bet against Feige and company.
7.5

Side characters are underdeveloped