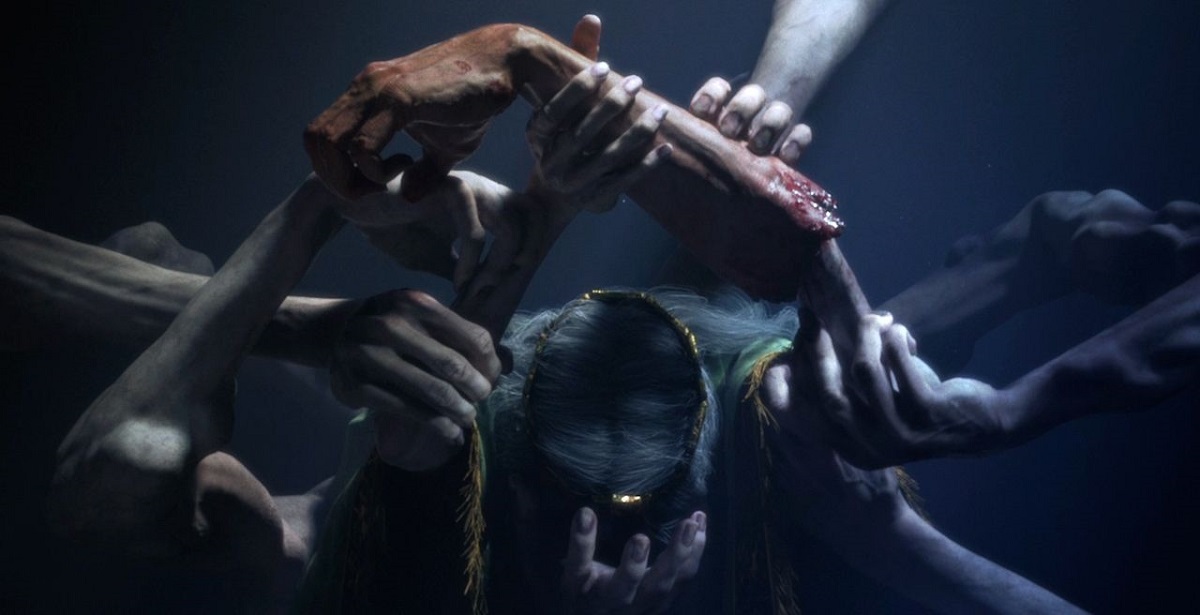 2020 is shaping up to be absolutely jam-packed with heavy-hitting major games, and that's just in the first five months alone. Discounting the fact that we're finally getting The Last of Us: Part II, Watch Dogs Legion, and Marvel's Avengers, RPG fans can rejoice at some of the biggest titles releasing next year. From a Souls-like to a Keanu Reeves game starring CD Projekt Red, here's the seven biggest RPGs coming in 2020 so far.

We kick off the list with a highly anticipated game from Sega's best-selling franchise, the long-awaited Yakuza 7, or as it's being relabeled in the West, Yakuza: Like a Dragon. Shying away from its roots as an action/beat-em-up, Yakuza: Like a Dragon will shift its gameplay to being a turn-based RPG. This deviation from the formula has actually been met with a warm reception from fans, as the first gameplay proved that Yakuza could still retain its charming, unique and often whacky style without compromising the experience due to a change of mechanics. It could be a fantastic rejuvenation for the series, and an RPG that should be on your watch-list when January 16, 2020 arrives.

Ever since From Software introduced the world to a new brand of punishment with the Souls series (beginning with Demon's Souls and exploding in popularity thanks to Dark Souls), many games have attempted to imitate its style to varying degrees of success. However, Team Ninja's Nioh, released in 2017, turned out to be one of the best Souls-like titles to date, and it comes as no surprise that Nioh 2 even exists. We managed to get some hands-on time with the game at Comic Con Africa 2019, and we're happy to report that it's certainly more Nioh - for better or worse. However, the sequel is promising some big changes in the form of new features like Yokai transformations and character creation, but the core remains the same. Nioh 2 currently has no release date, but expect it in early 2020.

I can't believe it either, but we're actually getting the long-awaited Final Fantasy VII Remake next March. So far, Square Enix have widely impressed fans with its faithful recreation of the original classic from the PlayStation, sometimes bettering it thanks to the capabilities of new tech. The first part in a series of games that encompass the entire Final Fantasy VII remake will primarily take place in the opening hours of Midgar, only this time elaborated to be the length of your typical Final Fantasy game. We can't wait to hop aboard the feels train and let nostalgia drown our sorrow on March 3, 2020.

Vampire: The Masquerade - Bloodlines may have flown over many gamer's heads when it released in 2004. Coming from the minds behind the original Fallout games, it turned out to become a cult classic later on (when all the necessary patch work was done). Now, over a decade later, we're getting a sequel that looks every bit as alluring as the first title. With an emphasis on crafting your own story based on a juicy dialogue choice/consequence system, this is something that fans of the original and newcomers should look out for if they're thirsting for a bite of old-school RPG storytelling and design. Expect to play the sequel sometime in March 2020.

This one really needs no introduction. CD Projekt Red have built quite a reputation for being not only one of the best RPG developers since The Witcher series catapulted them to fame, but also one of the most consumer-friendly in this greedy climate of a gaming industry. Cyberpunk 2077 marks a shift away from the fantasy world of The Witcher and into the cyberpunk genre, complete with sleek motorcycles, neon high-rise towers, and Keanu Reeves. From a robust character creator to the various skills and builds that you can lead protagonist, V, on, there's no shortage of RPG greatness that awaits on April 16, 2020.

From Software are among one of the more hard-working and consistent developers in the industry, yet somehow continue to churn out Game of the Year-level titles with ease. This year saw the release of Sekiro: Shadows Die Twice (an action/adventure, to be fair), but next year, Elden Ring takes them back to their dark fantasy/action RPG roots that promises a return to the Souls form - and with the help of George R.R. Martin! With only a CGI reveal trailer to go on, we're hoping that a recent rumour circulating the net, that supposedly reveals some interesting details about the game, turns out to be true, as it's packed with potential for From Software to continue evolving their trademark style and showing games like Nioh who really sits on the throne (I still love you, Nioh). Elden Ring possibly launches sometime in April 2020.

The Tales of series might not have the mainstream appeal that it deserves, but in catering to a truly devoted following of fans, it has comfortably found its place in the gaming sphere. However, 2020's Tales of Arise could potentially change all of that. So far, we've seen gameplay that suggests Arise is gearing more towards a stylish hack and slash/action RPG than ever before, and it looks absolutely gorgeous. This evolution of the series, which is much-needed at this point in time, could bring some attention to it, and we're banking on it being one of the biggest surprise hits of next year.

These are just a handful of RPGs that are ocming next year, but there's a lot more on the horizon to look out for. Some honorable mentions include Empire of Sin, Dying Light 2, Persona 5 Royal, and Wasteland 3, among many others. What are you most excited for? Let us know in the comments below, and be sure to follow Nexus for news, updates and reviews on all of the above!

Lurch
March and April are going to be insane. Gonna have to decide on play order but leaning towards Cyberpunk 2077, then Vampire: The Masquerade - Bloodlines 2, and finally return to Final Fantasy VII Remake.

DarkPrince
Tales of Arise is looking great, need to see a nice long gameplay video of that.