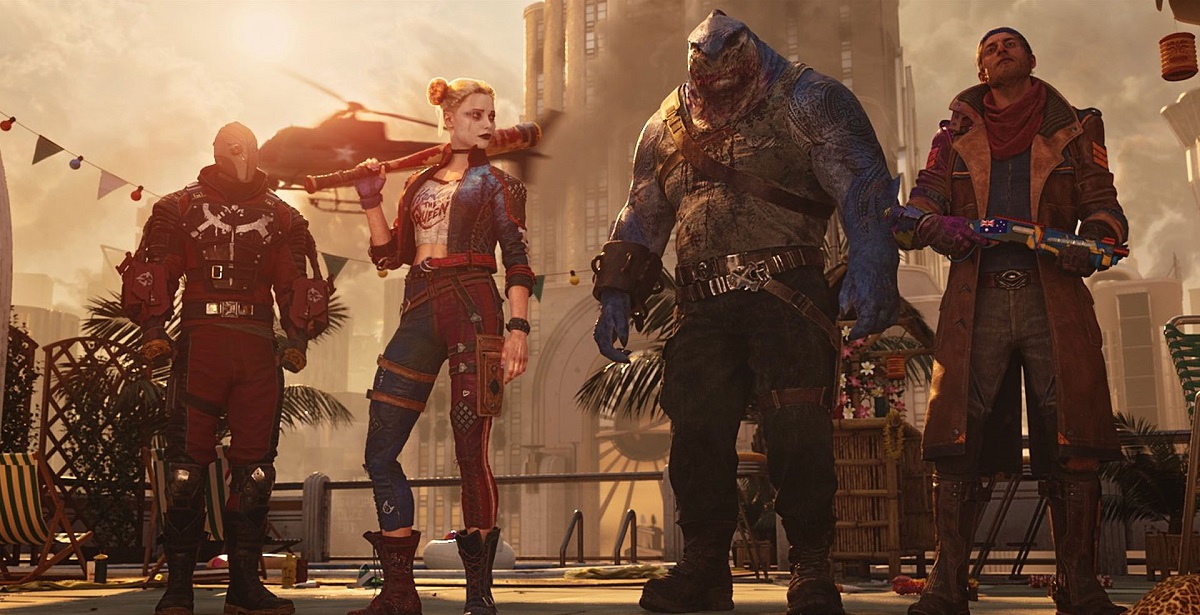 Rocksteady Studios, the developers behind the acclaimed Batman: Arkham series, have revealed their next game, Suicide Squad: Kill the Justice League. Unfortunately, unlike Gotham Knights, we didn't get any first-hand gameplay since the title will only release in 2022. However, we did get a cinematic trailer focusing on certain members of the Suicide Squad bantering before realizing they have to take on the Man of Steel himself, who shows up to disintegrate a police officer - yes, we have another evil Superman.

Suicide Squad: Kill the Justice League's teaser trailer starts off with Harley Quinn, Deadshot, King Shark, and Captain Boomerang arguing on a rooftop as the city is besieged by what appears to be Brainiac's gigantic lair/machine monstrosity. Harley Quinn's design is also very clearly inspired by Margot Robbie's vibrant pink/blue look from 2016's Suicide Squad (the character model even slightly resembles Robbie, which isn't that surprising). The Squad takes to wiping out some enemies before encountering Superman - and piecing together the puzzle, he might be controlled by Brainiac, along with most of the Justice League, hence the subtitle of the game.

Since the game is still a couple of years away, though, we didn't get any gameplay from Rocksteady. Due to the sudden popularity surge of co-op multiplayer superhero titles now (seeing Marvel's Avengers and Gotham Knights), it seems like Suicide Squad: Kill the Justice League will continue that tradition of having four-player co-op between the team. However, Rocksteady also confirmed that you'll be able to play it solo and switch between each character. Alongside Suicide Squad (and not to be confused with the film reboot, The Suicide Squad), Warner Bros. also announced Gotham Knights from Warner Bros. Montreal earlier in the evening.

Blaze
@KF500 If anything, I at least know that Rocksteady's combat will be awesome and have actual weight to it, unlike the clunky smacking of air that is Avengers lol