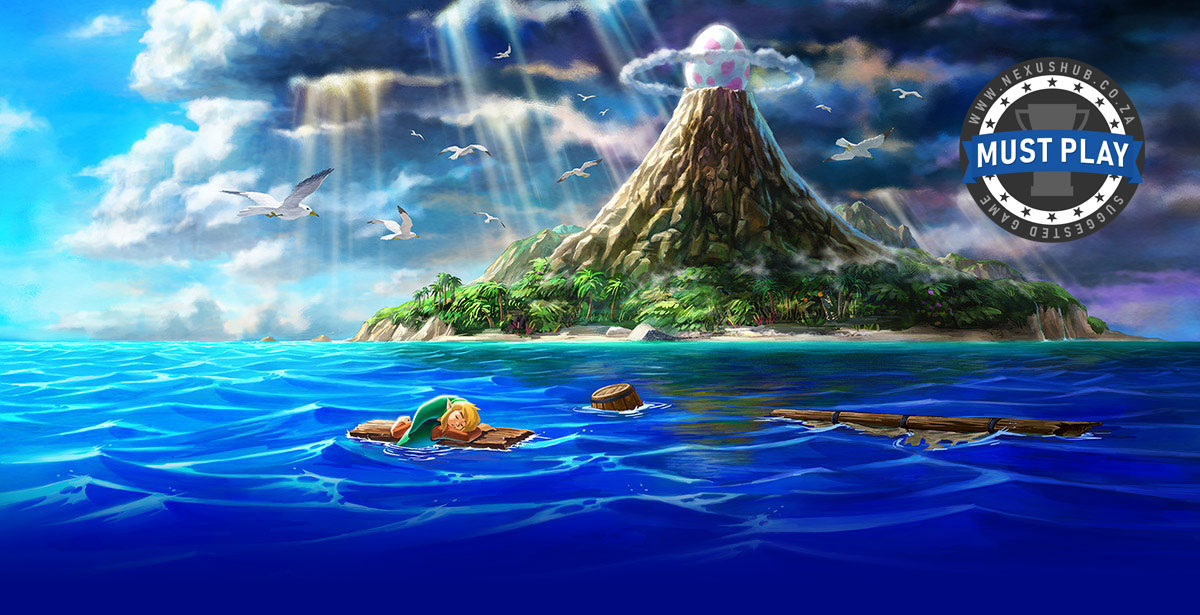 Video games in the early Nineties were both revolutionary and extremely progressive. Many developers had far out ideas and concepts for games they would have liked to design but were severely limited by the hardware at the time. This led to innovative work arounds that paved the way for many games today. The Legend of Zelda: Link's Awakening is and was no different in this regard, and with a remake of the game being made a hefty twenty-six years later is a testament to how solid game design never ages. After being limited to the original Game Boy’s hardware, Link's Awakening now finds its way to the Switch with a brand-new art style and novel new tweaks to bring this unique experience to a new generation of gamers. 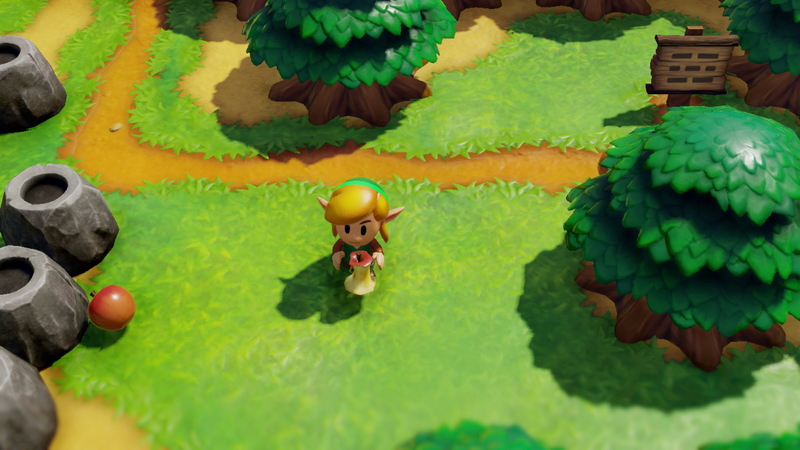 The first thing that sticks out in Link's Awakening is the departure from the storyline we’ve become familiar with over time. Link isn’t courageously battling for the Triforce or to rescue Princess Zelda. Instead, our hero falls victim to a ship wreck and is washed up on Koholint Island; an island inhabited by the mysterious Wind Fish. In order to leave the island, Link needs to interact with the villagers, fight off enemies and collect eight musical instruments that will awaken Wind Fish, which is in a giant egg on top of a volcano in the centre of the island. What is similar to other Zelda titles is that there are numerous dungeons and hidden areas containing crucial items, thought-provoking puzzles and some clever boss fights.

The first thing that sticks out in Link's Awakening is the departure from the storyline we’ve become familiar with over time.

The most significant gameplay improvement for the Link's Awakening remake is the inventory system. On the Game Boy you were limited by having to swap out each and every weapon in the two provided slots. If you had to go back and play in this manner today, you’d probably give up on the game within a few hours. In the Switch remake, your Sword, Shield, Power Bracelet and Pegasus Boots are permanently equipped and have their own dedicated buttons. There is still some swapping out to deal with but far less than before, making the system more accessible overall. In addition to the inventory improvements, Link’s Sword can now slash in a modern analogue control of eight directions instead of the traditional four. Markers can now be placed on your map to find previous areas with more ease and there is newly added amiibo support for The Legend of Zelda series amiibo that can unlocking content in the newly introduced Chamber Dungeon, which allows players to create their own dungeons. 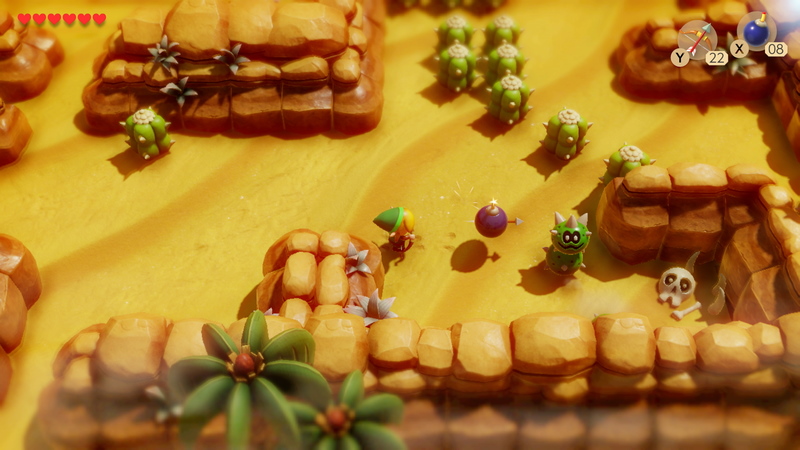 If you (for some ludicrous reason) compare Link’s Awakening to the most recent games in the series like Breath of the Wild, you’ll find a number of parallels, but the core mechanics have changed drastically over 20 plus years. Newcomers to the older, top-down formula should approach the game with some patience. You’ll take part in an adventure that takes you from side to side of the smaller environment, with tasks that at first may not make too much sense. The linier element to the older style Zelda games requires you to complete something specific before you can move on. Those that aren’t familiar with previous titles may find this frustrating early on.

Newcomers to the older, top-down formula should approach the game with some patience.

While the general artwork revamp closely resembles items, locations and characters of the original, there has been great attention to details to bring these elements to life a new way. The game features HD, 3D graphics with a fully rendered world rather than a sprite-based one. The diorama-type art style is easily the most charming of the series. Some of the darker sections of the original pixilated game, particularly the dungeons, left you with an uneasy feeling, making you want to get back to the surface as soon as possible. This carries over well with the new art style and clever use of lighting in these same instances. 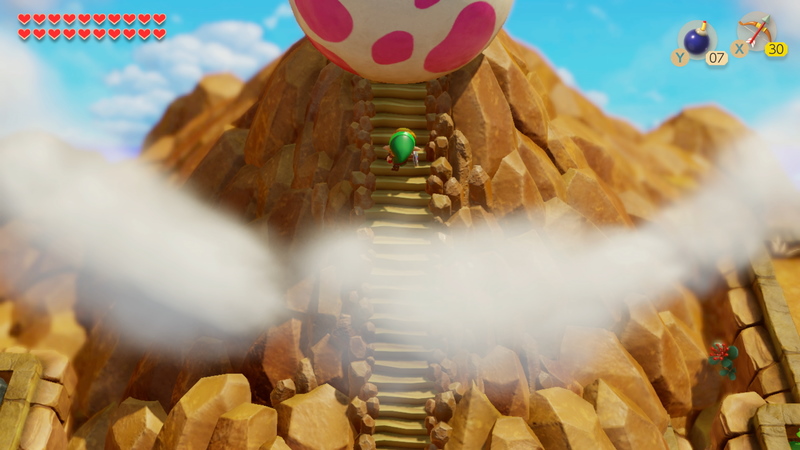 The Legend of Zelda: Link's Awakening was a well-received game two and a half decades ago and the Switch remake holds true to the original and improves important elements to bring this iconic classic to a new, younger demographic. As time passes, a remake will differ depending on how long ago the original was created. Link's Awakening has definitely changed, especially the outstanding visuals and impactful audio, but it stays very true to its ancestor that introduced Zelda games to a handheld device all those years ago. “The more things change, the more they stay the same” - Jean-Baptiste Alphonse Karr.

Slight learning curve for those unfamiliar with older Zelda titles

antiredcap
@SupaPhly I wish I could say that it was intentional but it was pure coincidence.

SupaPhly
8.8?
is that a reference to gamespots review of twilight princess? 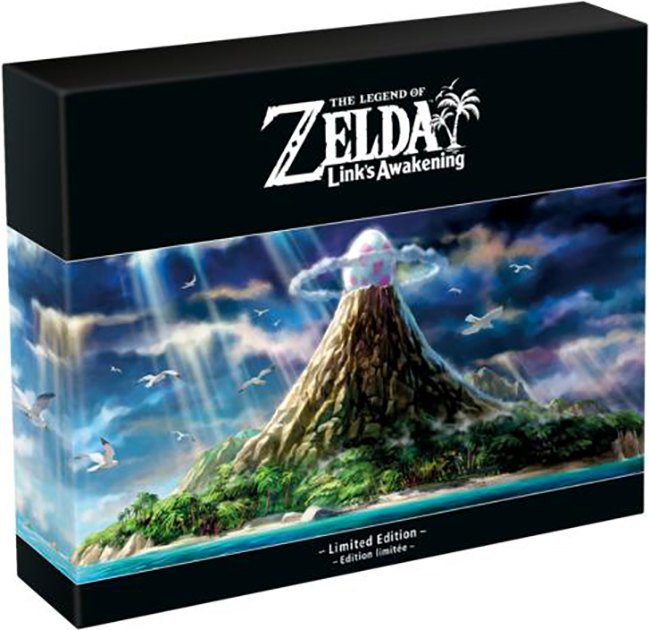