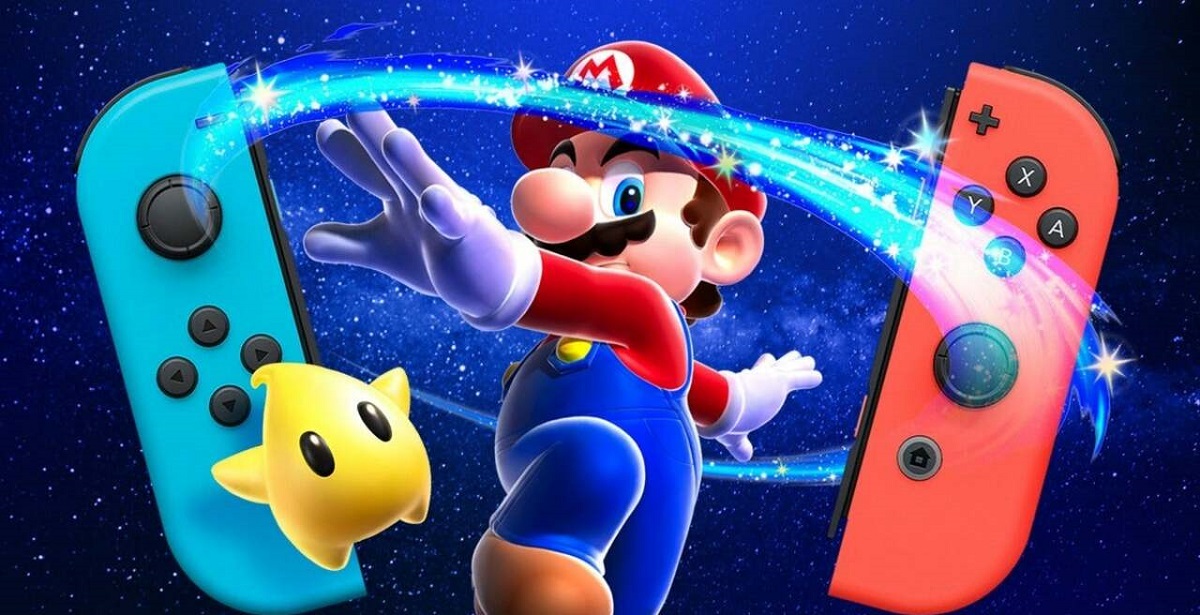 Super Mario 3D All Stars is a 3-in-1 package of classic games including Super Mario 64, Super Mario Sunshine and Super Mario Galaxy. Gamers over the past three decades might have played these titles or might have missed out on them completely. Nevertheless, this package now exists and is available for Nintendo Switch fans to enjoy. Bafflingly though, this compilation of games is only available for a limited time (Seriously, how much more anti-consumer can you get than limiting the sale of your back catalog after bringing it back for modern gamers to enjoy?) 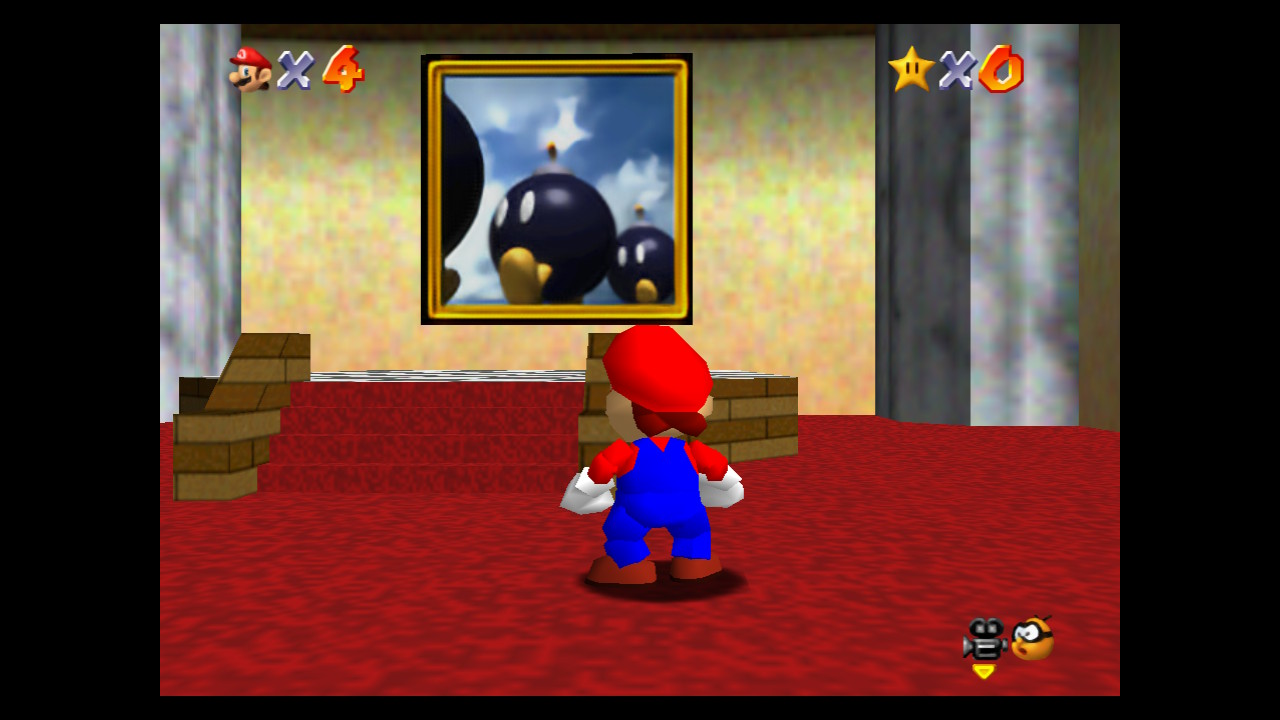 Super Mario 64 itself is the oldest game of the trio here. It originally released on Nintendo 64 way back in 1996 and was one of the most successful Mario games of all time. In 2004 we got an enhanced DS port and that went on to sell incredibly well too. The Super Mario 64 in the Super Mario 3D All Stars remake is the “Shindou” version of the game which refers to the updated Japanese re-release version of the title. Interestingly, it’s not the enhanced DS remake.

The control mechanics from more than two decades ago aren’t as fluid and responsive as modern day games...

Fans of Super Mario 64 might be disappointed to know that the game runs in 720p at 30 FPS in both handheld and docked modes. Playing this version of the game on Switch might feel slightly dated since it doesn’t take up the full screen and the visuals aren’t exactly stellar. The control mechanics from more than two decades ago aren’t as fluid and responsive as modern day games but with a little bit of practice, you’ll get used to it. If you played the original game way back in the day and enjoyed it, there is absolutely nothing stopping you from enjoying it here on Switch again. It is still as excellent a game as ever. 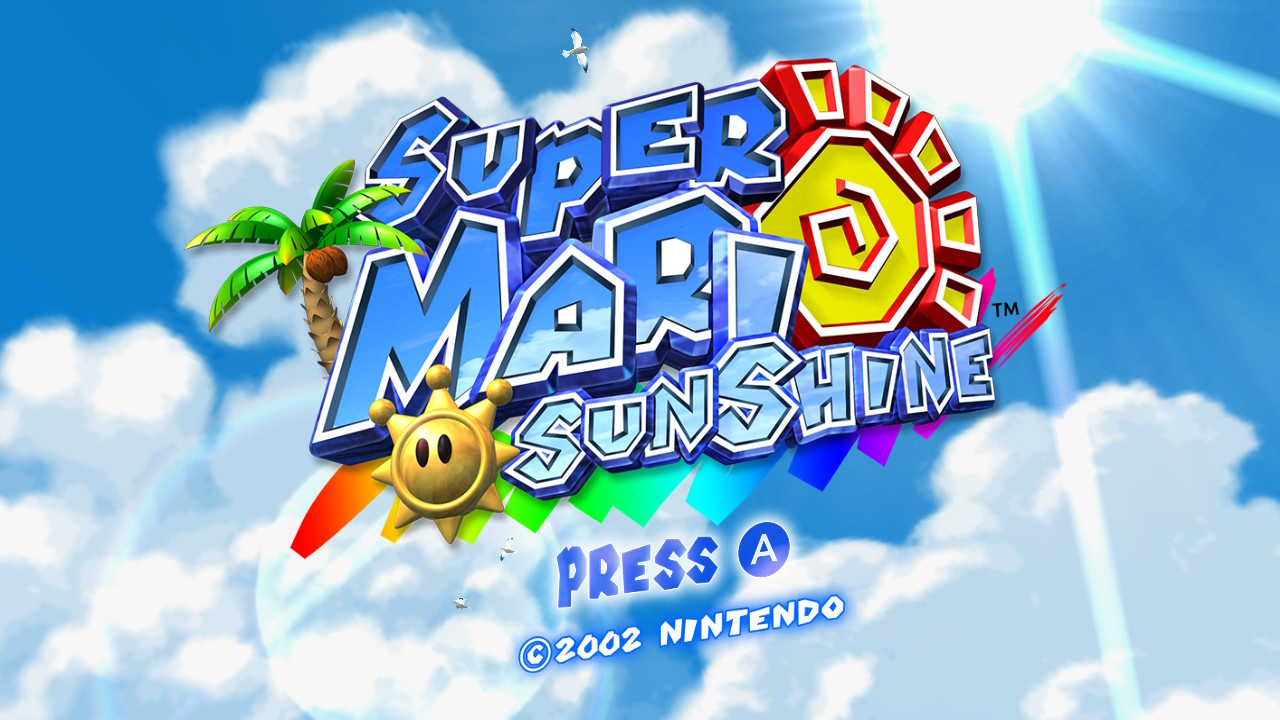 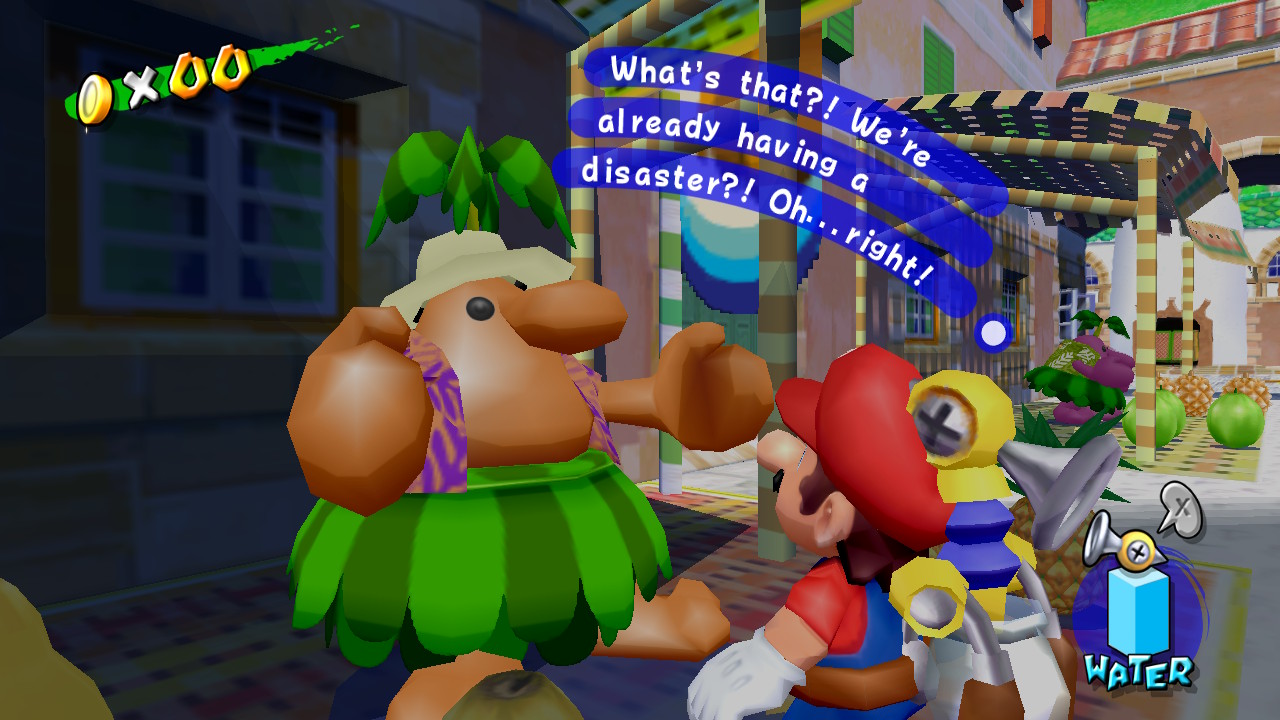 Super Mario Sunshine arguably got the “worst” (And I use that word extremely lightly) treatment of the trio of games here. For those that played the original Super Mario Sunshine on Gamecube, you’d know that the analog controls were a key aspect of the gameplay involving Mario’s F.L.U.D.D water pack. The Nintendo Switch control solution works but it doesn’t feel as great as it should be. Super Mario Sunshine runs at 1080p and 30 FPS and can be played at a 16:9 ratio in docked mode. In handheld mode on the Nintendo Switch, it looks great and plays great too. Cleaning up Isle Delfino is an enjoyable experience and being able to play it in short bursts on the go is a major plus. 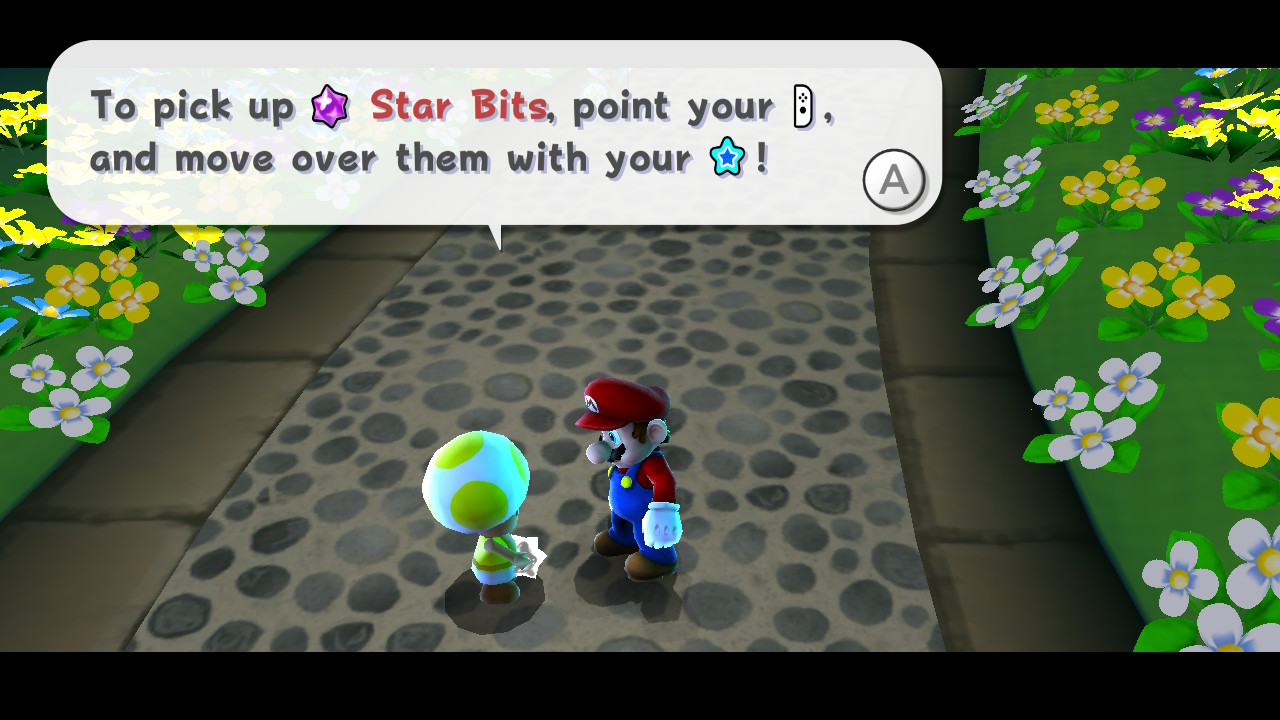 Super Mario Galaxy, the star of the trio of games, has been bumped up to 1080p at 60 FPS and looks fantastic on Switch. It also plays like a modern Switch game albeit with some slightly modified controls to accommodate the lack of a Wii Nunchuk. The Switch version of Super Mario Galaxy is excellent and is worth the full price of the package alone. The soundtrack is still as amazing as it ever was and being able to play through one of the greatest Mario games of all time in 1080p is incredibly welcomed.

The Switch version of Super Mario Galaxy is excellent and is worth the full price of the package alone.

Super Mario Galaxy uses a modified control scheme as mentioned above and Nintendo decided to make use of the Switch’s touchscreen. This breaks the gameplay immersion somewhat since you’ll have to touch the screen every now and then to perform an action such as picking up Star Bits or alternatively use a detached Joycon for motion controls. It’s not a major problem but it does make you realize just how great the Wii was with its Nunchuk and motion controls back in the day. 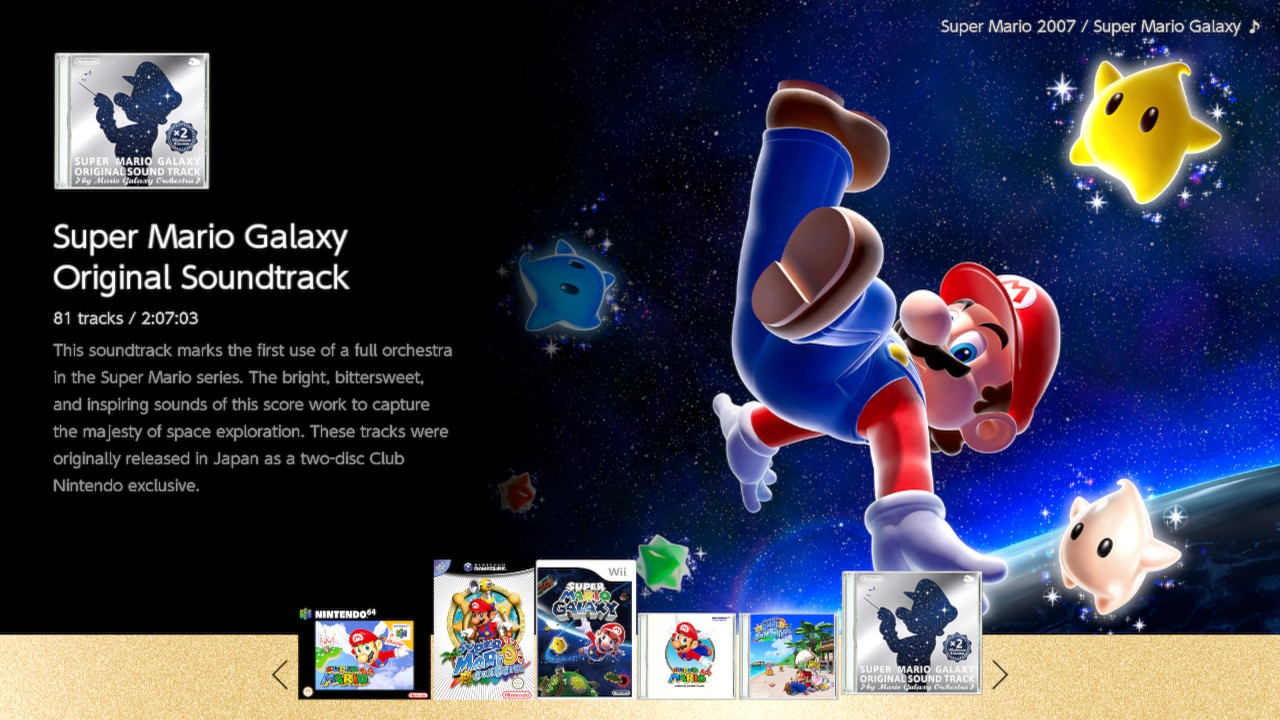 The Super Mario 3D All Stars package is ultimately a barebones package of slightly updated Mario games that have been ported to Nintendo Switch. There aren’t any major changes to these games and that’s great but at the same time, Nintendo could have rewarded fans a lot more with some additional content such as concept art. We do have access to all three games' OSTs and there’s a music player mode which is great, but we would have liked to have seen all three games updated to 1080p in docked mode or perhaps even given the same remaster treatment as some of the other titles Nintendo have worked on recently, such as Link’s Awakening and Pokemon Mystery Dungeon DX. 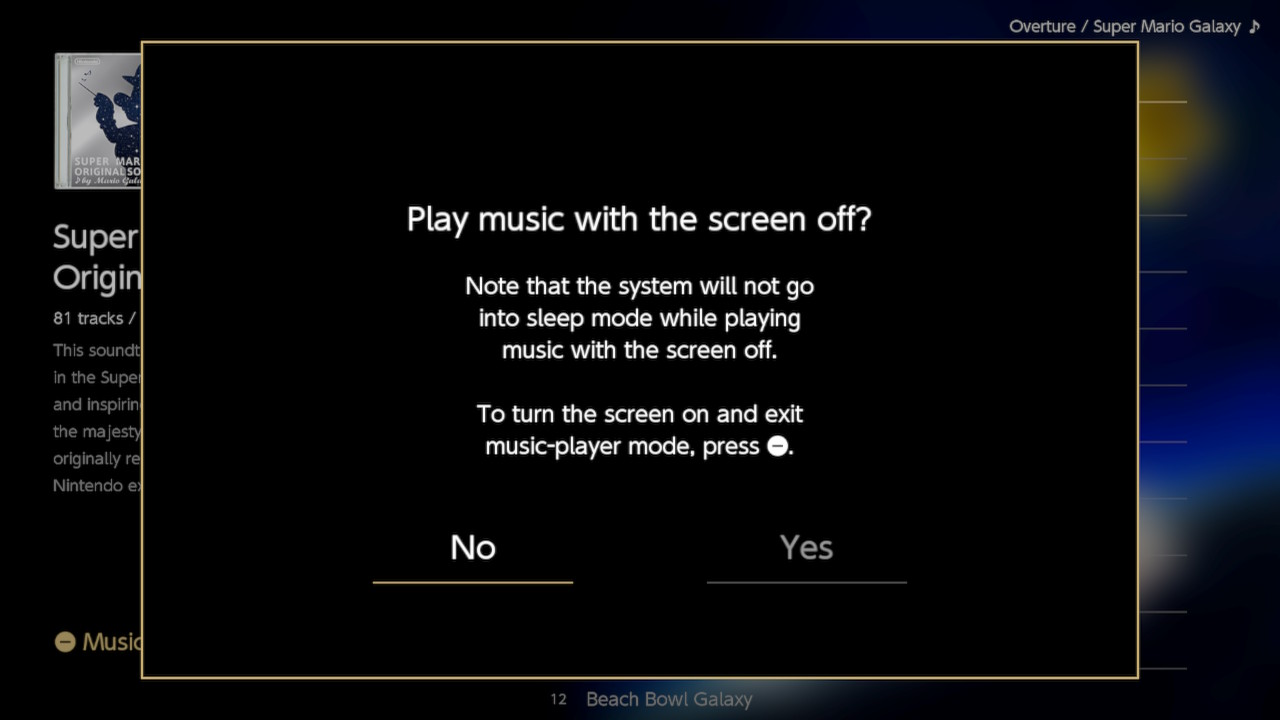 Speaking of the music player mode though, the game lets you play the soundtracks with the Switch screen disabled. This is great if you want to throw the Switch into a backpack and play the OST through a set of earphones while you commute somewhere. It’s a nice touch and one that’s quite welcome especially since Super Mario Galaxy’s OST is a masterpiece.

Overall, if you are a fan of Super Mario 64, Super Mario Sunshine or Super Mario Galaxy, or haven’t played any of these titles, this compilation package will definitely appeal to you. Be sure to pick it up now while you can because as of March 2021, you won’t be able to purchase this package either digitally or physically.
8 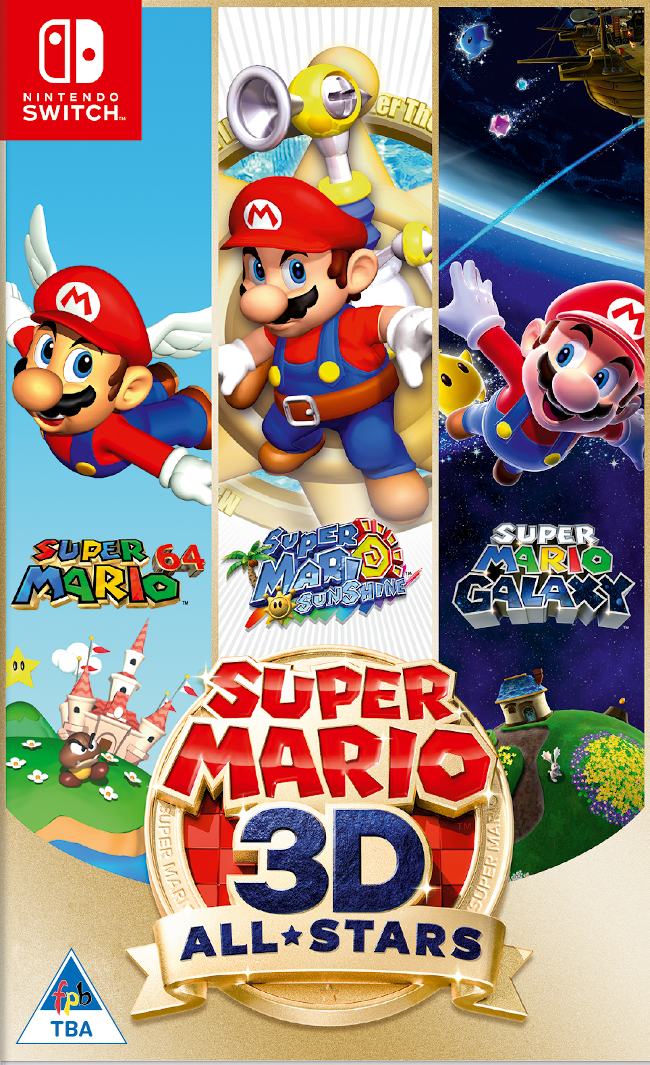