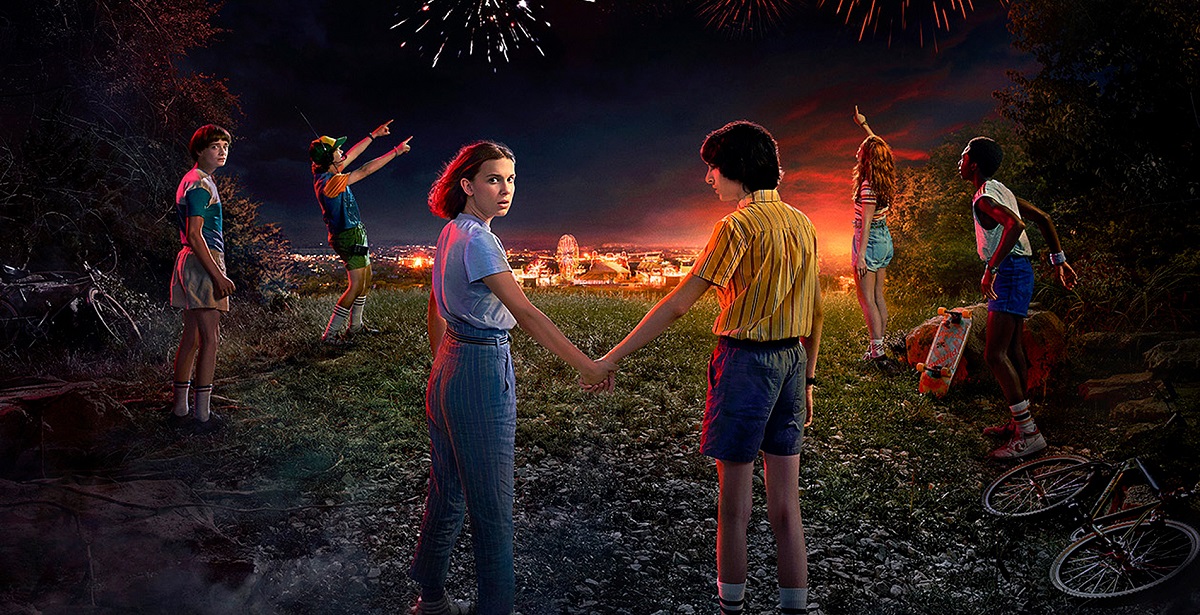 It's safe to say that Stranger Things is Netflix's most popular series - so much so, that the show, which built itself on being a loveletter to pop culture of the past, has become a modern pop culture phenomenon itself. Season 1 kicked the series off with a bang, presenting a nostalgic trip down memory lane of dorky kids in the 80s battling against insurmountable, and often terrifying, odds. Season 2 expanded it further, but failed to really deliver on the promises set up by its monstrous, enticing premise. Now, season 3 aims to right those wrongs. Little did I know that it would not only be a huge upgrade from the second, less well received season, but quite possibly the best that the series had to offer in many ways. 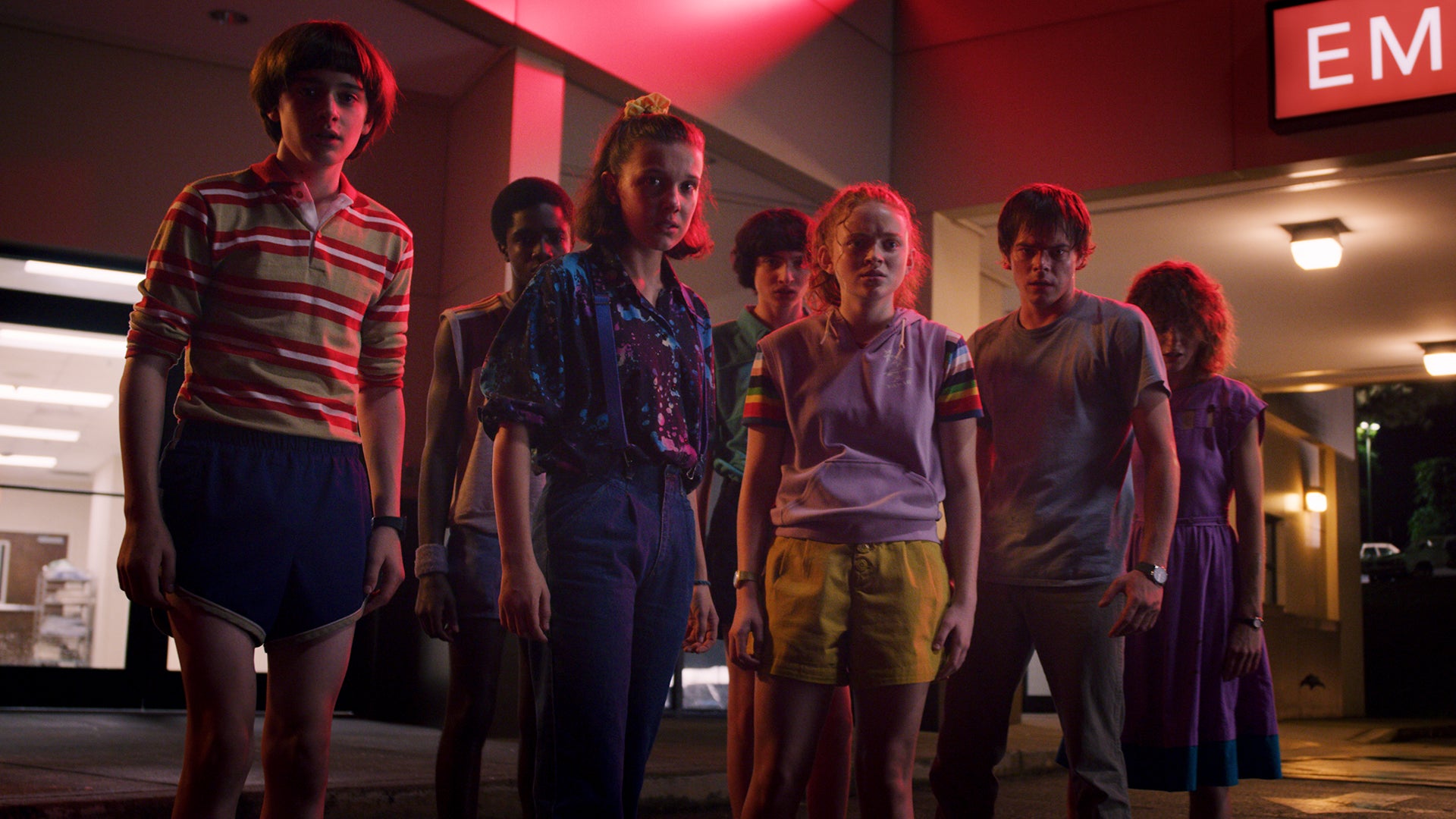 Season 3 picks up a year after the events of the second season. Mike and Elle are now dating, Dustin returns from a summer camp proudly boasting that he has a girlfriend (which everyone has a hard time believing), Steve begins working at an ice-cream store in a newly built Starcourt Mall with co-worker Robin, and the rest of the group have all begun the natural transition into teenage life. However, when tragedy strikes after a series of disappearances rocks Hawkins once again, the group are called to action and forced to face some ghosts of the past.

It's an absolute joy watching these characters just converse and talk about their daily troubles again, largely thanks to a stellar script and dialogue...

The greatest strength of Stranger Things has always been its characters, and season 3 makes every effort in the first few episodes to establish every single one of them, and their relationships, again. This might make the first three episodes feel like set-up more than anything, but it's necessary in order to re-establish everyone's positions - including and especially the previous seasons bully (and Max's older brother), Billy, who plays quite a big role in the events to come. It's an absolute joy watching these characters just converse and talk about their daily troubles again, largely thanks to a stellar script and dialogue that's whip-smart, snappy, and keeps you hooked on every single word. Joyce Byers, played excellently by Winona Ryder, gets a lot to do as well this season, having her be a more integral part of the chess game than prior seasons - along with Hopper, who once again shines as Hawkins' sheriff. 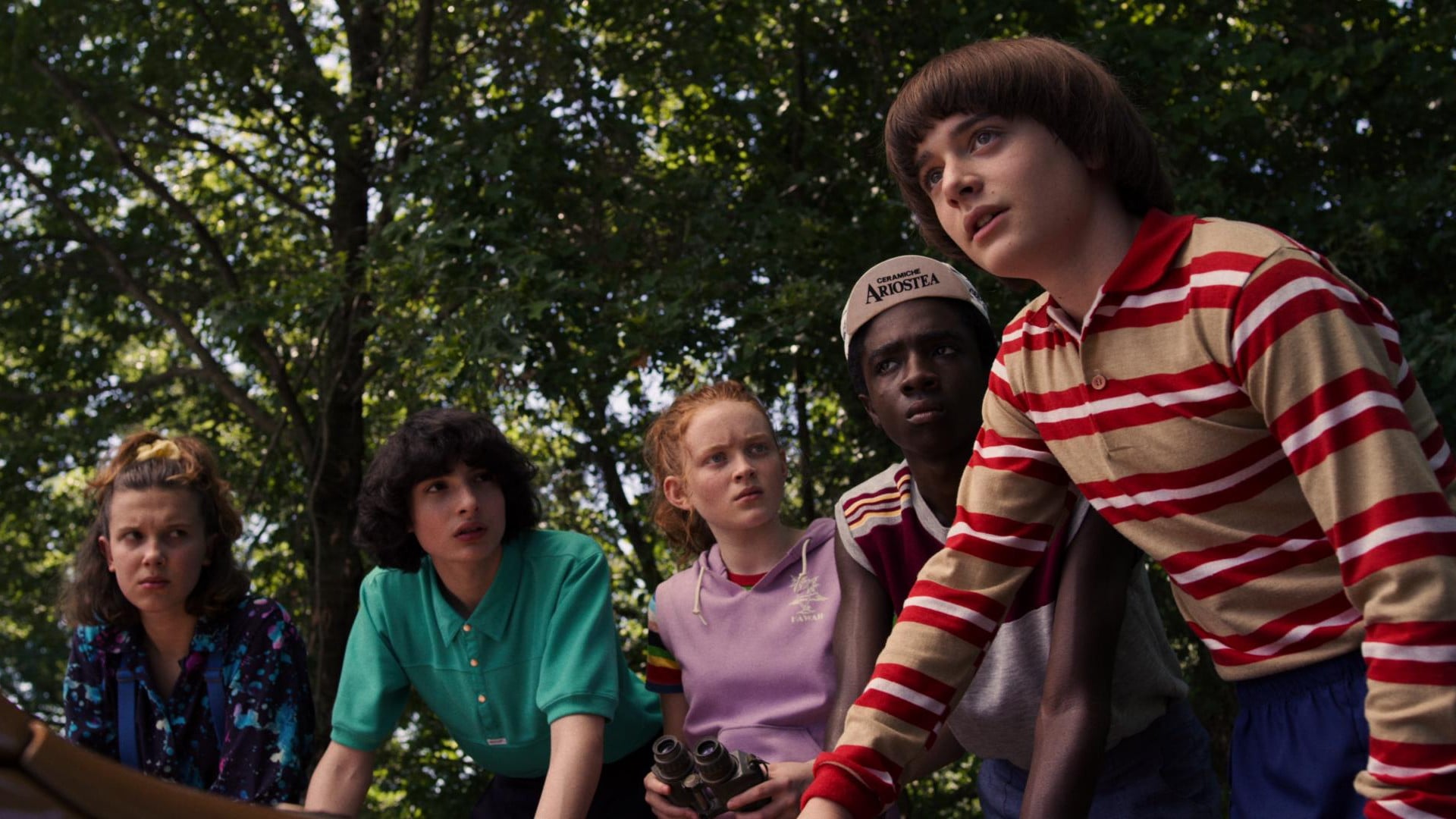 Season 3 is immaculately directed, especially episode 4 and the finale which were nail-biting, intense, and pushed the boundaries of anything that the show had done before - often to heart-breaking and tragic results. The stakes feel remarkably high this time around, with certain monsters that I won't spoil making a comeback, as well as relegated background characters of prior seasons given more time in the spotlight. The great group dynamic of the main gang is still present, but since they're all tasked with their own plights and objectives throughout the season, it can feel a tad disjointed as Dustin, especially, continues to become more and more detached from his circle, becoming Steve's sidekick/little brother type.

That said, Steve is still my favourite character in the show. While season 1 presented him as a bully archetype with a two-dimensional personality, the second and third seasons did well to flesh him out as one of the better written characters. His terrific character arc once again comes full circle and he's forced to pick up the big brother cape for Dustin; a central sibling dynamic in Stranger Things that actually forms my favourite parts of the series as a whole. Steve's relationship with his co-worker, the awesome Robin, is given enough attention to feel real and impactful when the chips are down towards the end of the series. Best of all, it's treated with a surprising amount of maturity, dodging the typical romantic tropes that would've felt too safe and predictable in a show of this caliber. 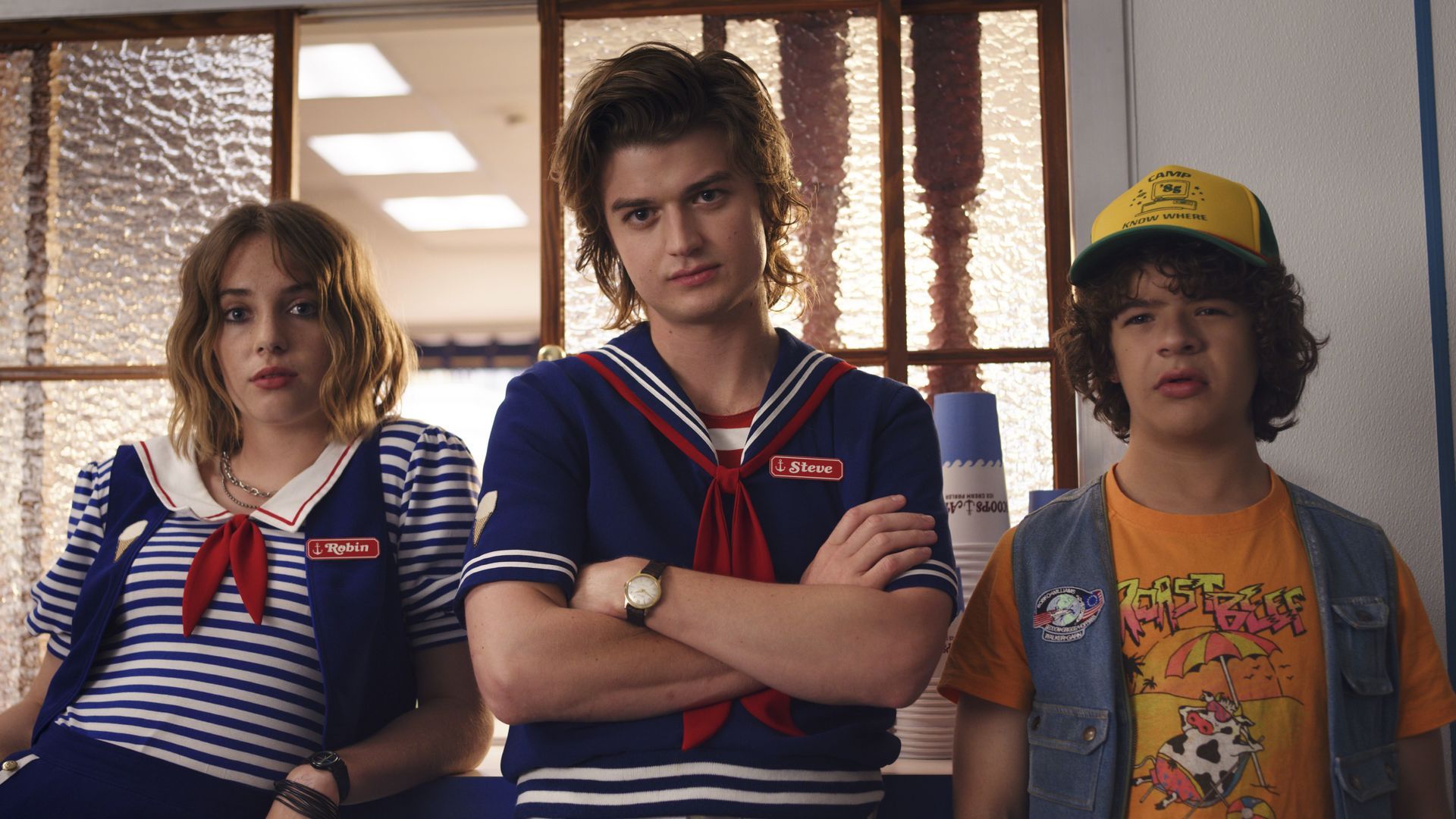 From a technical standpoint, Stranger Things season 3 is the best it has ever been. The Duffer brothers, along with Shawn Levy, command directorial duties for the best episodes in this season (and series) - of which there are plenty. The CGI is also superb, including some of the awesome and inventive creature designs that appear in the second half. They're actually the most terrifying assortment of monsters that Stranger Things has ever conjured up, and surprised me constantly with how much screen time they were given (a big step up from season 2, which only featured the Mind Flayer for a few measly minutes. Fans should be happy to know that season 3 is a creature extravaganza of some epic proportions).

They're actually the most terrifying assortment of monsters that Stranger Things has ever conjured up...

My biggest positive for season 3 was a small moment of pure joy that happens in the finale - yes, they actually created somewhat of a musical number for one of my all-time favourite movie theme songs. I was grinning from ear to ear like an idiot throughout the entire scene.

As far as negatives go, there are a couple of things that prevent the third season from being as focused as season 1. Particularly, one character that clearly apes Arnie's The Terminator in every conceivable way that came across as ham-fisted and ridiculous at times. There's also a sub-plot involving Russians that, in retrospect, seems dated and out of place. It made no sense including this element, but at the same time, I understand why it needed to be done given the themes of the show and its references to some 80s cheese. Yep, around that time, every Russian character in any action movie was immediately the bad guy. Lucas' sister also gets a lot of screen time, but her personality wavered between being witty and/or irritating.

Overall, Stranger Things season 3 is arguably the best season in the entire series so far. It heavily leans into being the ultimate creature feature that we've always wanted, taking inspirations from a myriad of horror and adventure films of the past to create a Frankenstein monster of pure awesome. While some elements do seem forced and out of place, the show is kept afloat and boosted by terrific writing and dialogue, excellent acting, breakneck pacing, and the best, most emotional finale to date. I can't emphasize enough just how much I loved and enjoyed Stranger Things this season, and I hope they carry this momentum strong into the inevitable fourth season.

Out of place Russian sub-plot

Blaze
Big step up from season 2, slightly better than season 1. Stranger Things on fire right now, hope they can keep it up. 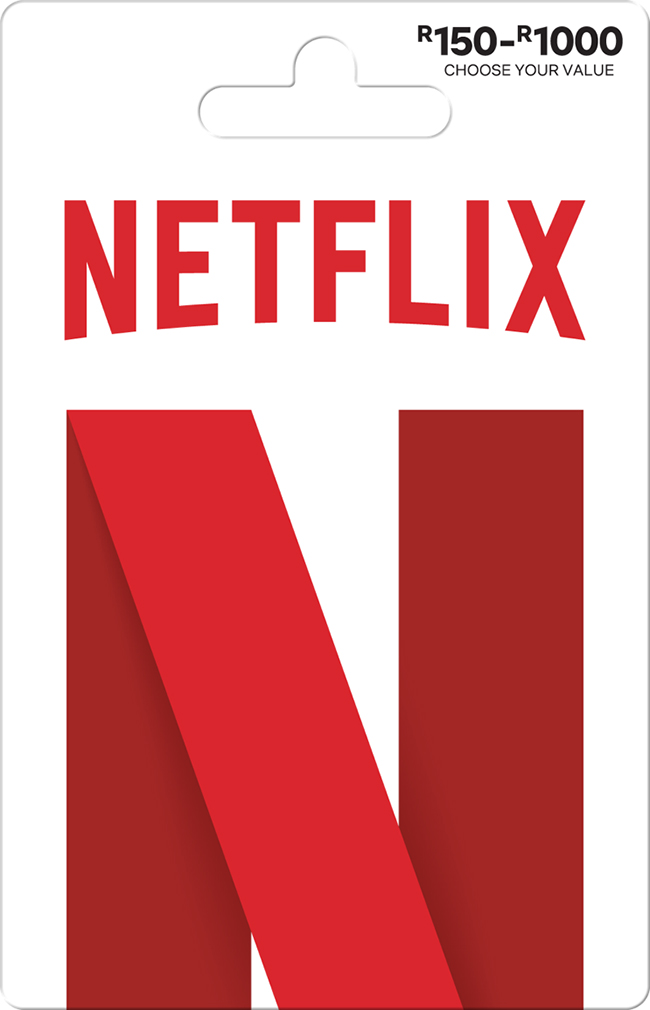